There’s an Onion article from 2008 headlined “Donald Fagen Defends Steely Dan to Friends”. It imagines the Steely Dan co-head in the same situation many of his die-hard fans might have found themselves; in a bar with friends, trying to convince them to give the band a fair listen. “Look, I understand”, Fagen says. “It’s an acquired taste. I wasn’t that into it at first, either. But when you really listen to the unbelievable production value and the wry, perfectly crafted lyrics — it’s just great art, okay? You should definitely give ‘The Dan’ a shot.”

In Major Dudes: A Steely Dan Companion, the new anthology for which he served as editor, it’s clear that Barney Hoskyns has more than a passing affection for ‘The Dan’. One can imagine that he’s found himself defending his love of the band to friends. In his introduction he writes, “That Steely Dan was one of the defining acts of the deep ’70s is as indisputable as the fact that Walter Becker and Donald Fagen are the greatest duo of their kind — think Sparks, Pet Shop Boys, and other ironic subverters-from-within that pop-rock ever produced.” Describing the experience of hearing the band’s “Show Biz Kids” on John Peel’s radio show, he writes, “In 1973 there was no frame of reference for music so funky or coolly cynical.” Hoskyn’s prose, itself funky and coolly cynical, is smart and slinky enough to convince even the most put-off Dan listener to the give the band another chance.

Major Dudes introduces us to Steely Dan’s core duo of Becker and Fagen just before the release of their first album, 1972’s Can’t Buy a Thrill (ABC, produced by Gary Katz). In an interview with the Los Angeles Free Press, the duo is optimistic about success but unsure of exactly how the band and their songs, which they described as “consciously less classical and jazzical” than their earlier material, are going to land with the general public. There’s irony, too, in their post-show optimism for the potential for Steely Dan to continue as a quintet. “As we play together more,” says Becker, “I think it becomes a group effort more fully.” What may be surprising to some Steely Dan fans is just how much of a band they were in their early days. A 1974 Melody Maker article even includes profiles of all five members; Becker, Fagen, guitarists Jeff Baxter and Denny Dias, and drummer Jim Hodder. “After the show,” Baxter tells writer Chris Welch, “we scream at each other if we have made any mistakes.”

Can’t Buy a Thrill became a hit, with multiple singles landing on radio, including their most famous song, “Reelin’ in ihe Years”. They followed it with the commercially disappointing Countdown to Ecstasy (ibid) in 1973. Following that album, as New Musical Express wrote, “obscurity loomed dangerously near.” Fagen and Becker would soon begin the process of shedding members. For 1974’s Pretzel Logic and 1975’s Katy Lied, which re-established the band as reliable hitmakers, hand-picked studio gunslingers would be brought in to realize many of the compositions. Live shows became a thing of the past. “We took the band apart in a decisive fashion,” Becker told Rolling Stone‘s Robert Palmer, “so that it could not be put back together and we could not be sent out on the road.” 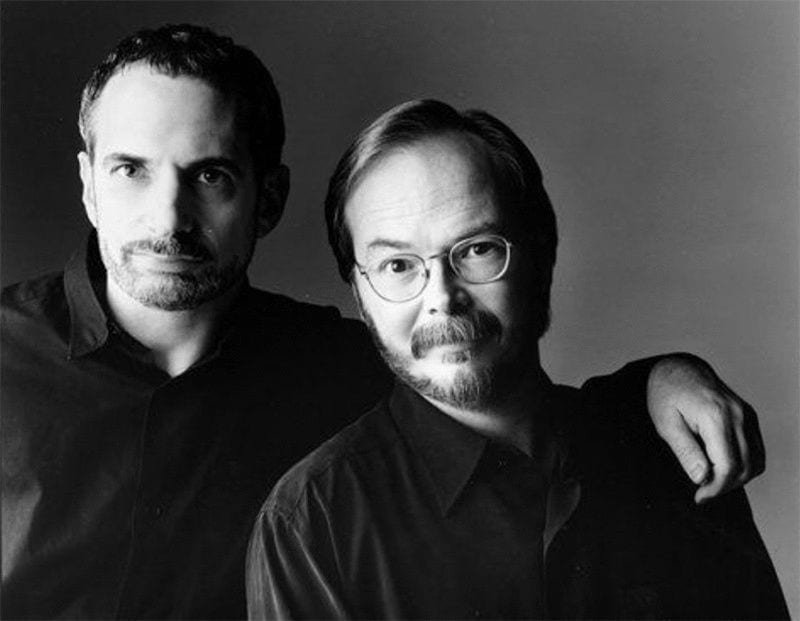 By the release of their fifth album, 1976’s The Royal Scam (ibid) articles were regularly portraying them as arch, hermetic studio perfectionists. “Donald Fagen and Walter Becker don’t play by the rules,” wrote Bud Scoopa in Circus. “They won’t tour, they won’t talk to interviewers, they won’t keep a band together — instead they prefer to ship out their best players to the Doobie Brothers and hire hand-picked freelance musicians for specific parts on specific tracks (they’ve been known to fly players from New York to Los Angeles just to lay down thirty-second solos.)” Their arrangements were growing ever more complex, as well, and by 1977’s Aja (ibid) they were so far removed from the traditional structure of a rock band that Creem magazine, as well as Becker and Fagen themselves, referred to Steely Dan not as a group but as a “concept”.

Several pieces in Major Dudes make it clear that their reputation was not without merit; a single soft note on the bass or the exact cutoff point for an effect could tie them up for hours. In a 1981 profile of the band for Rolling Stone, Palmer caught them in a moment of almost comical crisis: “”Fagen looked glumly at the clock; they’d been working on fifty seconds of music for four hours. ‘This,’ he deadpanned, ‘is the happiest night of my life.'”

After the release of 1980’s Gaucho (MCA, Katz) Becker and Fagan shut Steely Dan down for over a decade. They each focused on regaining their health, making their own albums, and producing for other artists. In the interviews Hoskyns collects from this period, the two can be frankly self-effacing about their lives and their work in ways they hadn’t done previously. In one piece, an interview that Hoskyns conducted with Fagen for Arena, Fagen says: “By the end, when we were making Gaucho, I think both Walter and I were down and depressed, and both of us really had to make changes.”

It’s here, where Becker and Fagen are able to get outside of the roles they’d played a hand in crafting, that we begin getting a better sense of what was driving them. “Steven Spielberg makes movies about the suburbs and seems comfortable with them, but I detested the suburbs I lived in,” Fagen told Musician. “He has his fantasies, I had mine – I think Thelonious Monk was the alien in my bedroom, rather than a little guy from outer space.” For his part, in an interview with BAM, Becker opens up a bit about the personal problems that necessitated him seeking out a slower pace of living: “When I was in Steely Dan, I’d get up at 4 p.m. take a shower, go to the studio and work all night, and that was all my life. For a long time, rock ‘n’ roll was all I wanted to do.”

The two reformed Steely Dan in 1993, releasing, of all things, a live album. In 2000, they began releasing new material both to stoke interest in the live shows and to provide their set list with a break from the standard hits. “We wanted to feel like playing live and having a band was part of an ongoing aesthetic process, and not just a reprise of a career we had had at one time,” Becker told the Los Angeles Times‘s Wayne Robins. They were met with welcoming audiences and uneven reviews. “Everyone plays all the time,” wrote Chris Ingham in MOJO. In a review of 2003’s Everything Must Go (Reprise), Richard Williams wrote: “Thirty years on from their debut, Donald Fagen and Walter Becker have reduced the musical content of the compositions to a series of beautifully machined gestures, virtually devoid of the bright hooks and bold flourishes that gave them such a vital role in the wasteland of the 1970s and sent fans skipping down the street humming snatches of ‘Barrytown’ or ‘Deacon Blues.'”

Hoskyns arranges Major Dudes to bring attention to some of the more talented writers who have tangled with the notoriously prickly duo, as well as to act as a companion to the band’s music. It succeeds on both fronts. The selections in Major Dudes are about evenly split between Steely Dan Marks 1 and 2. That set-up puts some welcome attention on their later work, both as solo artists and as a group. Becker and Fagan may have taken a break from working together after Gaucho, but they never stopped. Major Dudes is a needed reminder of that. Highlights include long, wide-ranging interviews with Becker and Fagan conducted by Michael Watts for Melody Maker, Sylvie Simmons for Sounds, Robert Palmer for Rolling Stone, and pieces by Andy Gill for Mojo, and Ian Penman for City Journal.

Unsurprisingly, many of the longer articles cover the same ground; the Bard college beginnings, the origins of the band name, the duo’s roots as songwriters-for-hire, and the long periods between studio albums. Each of the pieces eventually reveal their own surprises. Jumping around in the text is recommended, and none of the selections feel like a throwaway.

The book’s finest accomplishment is to bring Fagen and Becker into focus as friends and partners who spent more than half of their lives in a creative partnership. As you near the end of Major Dudes, you can almost come to imagine them as cranky codgers, amusing each other with jokes that sail over the heads of the other residents in the long term care facility. It makes David Cavanaugh’s fine elegy for Walter Becker, which Hoskyns closes the book with, all the more poignant. Becker died in 2017 and Cavanaugh uses the occasion to lovingly elucidate his role in Steely Dan. As the non-singing half of the duo, it’s easy for Becker’s hand in the music to become obscured. In Cavanuagh’s writing, though, he is cast as the musical and lyrical foil who brought the specific Steely Dan magic to Fagen’s song ideas: “Becker had the skill, and maybe he acquired it from personal experience, to write in the voice of the high-rollers and low-lifes alike, getting to the heart of their daily dramas, drawing out the humour like blood in a dropper. An impenetrable composite of his talents and demons, he remains one of the most fascinating individuals in post-war American music.”

Steely Dan is a band that never seemed to exist easily in their time. With Major Dudes, we’re able to take in Becker and Fagen’s work and relationship over a 40-year span. Hoskyns shows how the popular image of Steely Dan as icy, disinfected, control freaks came to be. He shows, too, how it was both deserved and unwarranted. And in his finest move, he creates a loving and sympathetic picture of the two men who were at the center of it.