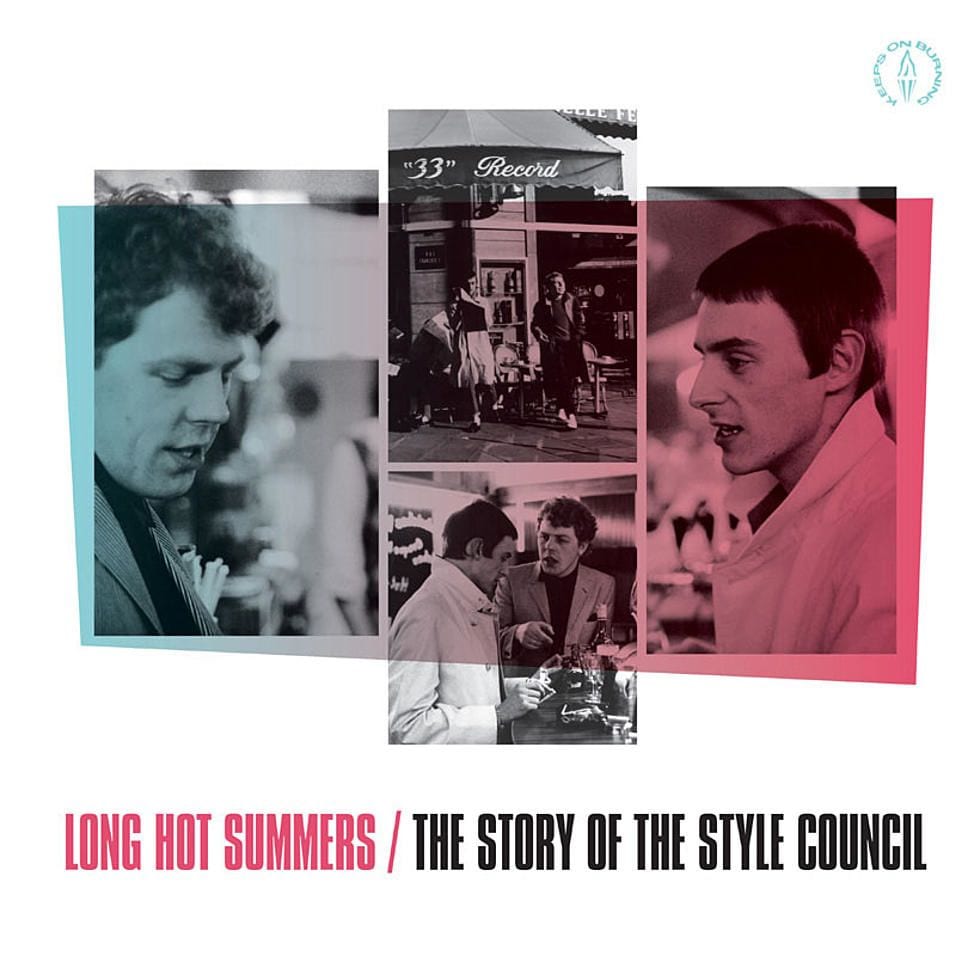 In 1982, Paul Weller committed what many fans considered an unforgivable sin. The Jam, the influential mod pop-punk trio he’d led as singer, guitarist, and primary songwriter for five years, were disbanded at the height of their popularity – and it was his idea. After six albums and nine UK top ten singles, Weller had enough and was looking to push his music into new territory that the acclaimed trio could not execute to his satisfaction. They were already starting to expand their sound: their final studio album, The Gift, folded funk, horns, and dance beats into their lean, sweaty, Clash-meets-Who blueprint. But Weller wanted to go deeper. Joining forces with keyboard player Mick Talbot (formerly of Merton Parkas and Dexy’s Midnight Runners), a partner in crime Weller chose because “he shares my hatred of the rock myth and the rock culture”, the Style Council was born in late 1982.

Eventually adding vocalist D. C. Lee (who Weller would later marry) and drummer Steve White, the Style Council dipped into a variety of genres that were miles away from Weller’s punk days, including jazz, soul, and synthpop. They also retained the Jam’s penchant for left-leaning social commentary. Whatever resentment Jam fans may have felt toward Weller’s new direction, it didn’t seem to affect the Style Council’s overall commercial or critical appeal, at least not in their native England. From 1983 until their breakup in 1989, the Style Council racked up a slew of hits on the singles charts, and four of their six studio albums cracked the UK Top 20. Even more notable is that their 1984 single “My Ever Changing Moods” was Weller’s greatest US success, climbing to #29 on the American Top 40 singles chart (he never achieved that level of US recognition with the Jam or as a solo artist). They performed at Live Aid. Weller participated in Band Aid’s “Do They Know It’s Christmas?” single.

Since they’ve often been a misunderstood band and their sound can seem, with the 1980s far off in the rearview mirror, as a dated curiosity from a bygone era, it’s the perfect time to reassess the Style Council. The new collection, Long Hot Summers, fits the bill perfectly. Available digitally or in a three-LP set (in either black vinyl or the very era-appropriate blue, pink and orange vinyl), this collection gathers together 37 fresh tracks that cover the entire spectrum of the band’s eclectic sound. While the Style Council have been the subject of countless compilations – some well-assembled, others hopelessly sloppy – Long Hot Summers is the best of the lot, with impeccable song selection and sumptuous packaging. This is the one to get.

Where to start? Long Hot Summers kicks off with the bright pop shuffle of “Headstart for Happiness“, a song that seems hopelessly optimistic on the surface. Still, repeated listening brings the song’s soulful heart and sophisticated songcraft into focus. The song the collection is named after, “Long Hot Summer”, is one of many examples of the band’s slow-burn soul, and “My Ever Changing Moods” is a smart, mid-tempo hip shaker, with Weller’s lyrics a poetic icing on the cake. “I wish to stay forever, letting this be my food /But I’m caught up in a whirlwind and my ever-changing moods.” As is the case with so much of the Style Council’s repertoire, Talbot’s simmering Hammond organ puts a timeless twist on the whole affair.

Doubling down on the political statements he made with his Jam songs, Weller used the Style Council as a megaphone for his liberal sentiments. He formed the pro-Labour Party collective, Red Wedge, with Billy Bragg, performing benefit shows for striking miners and raising awareness of the dangerous Thatcher-led government. His lyrics often touched on topics such as class struggle and unemployment. “Homebreakers”, a dark slice of horn-spiked soul sung soberly by Talbot, is a perfect example: “Father’s in the kitchen, counting out coins / Mother’s in the bedroom, looking through pictures of her boys / One is in London, looking for a job / The other’s in Whitehall – Looking for those responsible.” Almost every song on Long Hot Summers is conducive to dancing – and most of them will give you something to think about.

Elsewhere, there are plenty of upbeat dancefloor anthems, such as the breakneck “Walls Come Tumbling Down”, the solid funk of “Shout to the Top”, and the breezy soul of “How She Threw It All Away”. Despite their penchant for timeless R&B vibes, the Style Council weren’t immune to the sounds that identified the 1980s – club thumpers like “Money Go Round” and “Promised Land” could not have possibly emerged from any other decade. But it doesn’t mitigate their appeal and shows, above all, that Weller was a stylist of the highest order and able to immerse himself seamlessly and effectively into the sounds of any decade.

The Style Council were also highly skilled at incorporating more exotic sounds into their repertoire – “All Gone Away” has a light, tropical feel. “It Just Came to Pieces in My Hands” marries Weller’s sharp electric guitar chords with doo-wop vocals. “Party Chambers” is a lively, jazzy instrumental where Talbot’s impressive keyboard chops are on full display. There’s a refreshing amount of musical dexterity at work here for a band that existed solely within the decade of synthesizers and digital sheen.

For the Style Council completist, there isn’t much in the way of previously unreleased material – a gorgeous, string-enhanced demo version of “My Ever Changing Moods” and an extended version of the bright, Blue Note-style jazz instrumental “Dropping Bombs on the Whitehouse”. That’s it. But you do get plenty of textual material, including an introduction by Weller, extensive liner notes by Style Council superfan Martin Freeman, a new essay by Lois Wilson, and plenty of rare photos. Again, this isn’t so much an uncovering of rare gems as it is a fantastic career retrospective of one of Britain’s most overlooked and unjustly forgotten bands. Weller enjoys a successful solo career that started nearly 30 years ago, shortly after the Style Council disbanded. He frequently peppers his setlists with Style Council songs, and it’s easy to see why – the material is timeless and not to be missed.