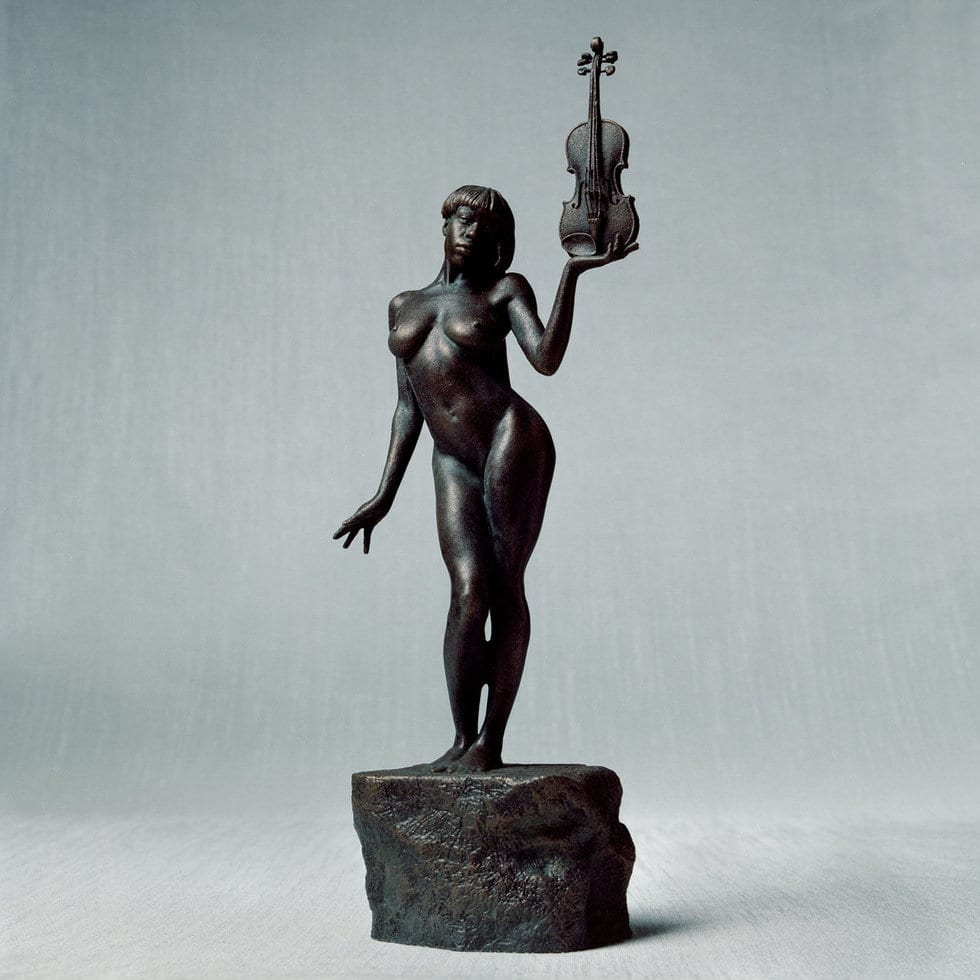 If there’s one epithet that consistently fits violinist and singer-songwriter Sudan Archives, it’s self-made. She made her first major wave in popular music with “Queen Kunta”, her brilliant solo arrangement of Kendrick Lamar’s “King Kunta” for voice, strings, and loop pedal. A spellbinding eponymous debut EP expanded on her uniquely ornate style of music, inspired by Sudanese fiddling and electronic R&B alike in 2017. Meanwhile, 2018 saw her delve more deeply into plugged-in soul with Sink. Now, her reign continues as the self-taught performer releases Athena, a full-length album that sees Sudan Archives continue to break every mold even as she creates some of her most polished and powerful music to date.

In some ways, Athena is a relatively accessible work. With less distortion and more foregrounding, Sudan Archives’ voice comes through clearly, her words no longer shrouded in electric fog. The curious glow to her layered vocals remains, though, setting them comfortably within her signature soundscape, one she defines with her unmistakably intricate violin lines, ones informed by sonics from around the world. Exemplary as a straightforward demonstration of each element is the well-named “Glorious”, on which her spiraling violin motifs weave together in a texture both entrancing and deceptively easy to move to. Her sense of groove here is undeniable, and razor-sharp rapper D-Eight makes for the perfect contrast to her hypnotic delivery on his featured verse. It’s the stuff record exec dreams are made of: familiar pop song structure and singular style.

Said style takes on many more dimensions on Athena. At times, Archives presents herself overtly as one of a kind. “When I was a little girl / I thought I could rule the world,” she says as part “Did You Know?”, an opening song simmering with both fatalistic levity and furious heartbreak. “I’m too unique to kneel,” Archives later declares on intimate “Confessions”, a track on which she also reflects more generally on her place in her world: “There is a place that I call home / But it’s not where I am welcome / And if I saw all the angels / Why is my presence so painful?”

Other tracks see her further walking the iconoclast walk. On dreamy “Green Eyes”, she seduces with piercing intensity and an otherworldly sensuality. “I know you are capable / The feeling’s intangible,” she says to the object of her desire. Spiritually, it’s something of a contrasting companion piece to earlier track “Down on Me”, in which she aches for a particular source of unmatched physical pleasure knowing that such fulfillment will only send them both into an inescapable spiral both have tried to avoid. “You started to run away / And now you wish you could”. All the while, Archives’ violin oozes sincere romance. “Iceland Moss” is an end-of-relationship track in which Archives is “tired / Unbothered / Yet dwelling on the facts”; chief among which is that Archives has no intention of compromising who she is for someone who thinks her to be “soft like Iceland moss / All over me like harmonies”.

And, for the laid-back tone of her voice and the ethereal beauty of her violin playing, Archives is no pushover. She faces the world with the wisdom and skill associated with her album’s titular goddess, as well as an unquestionable sense of personal power – all grounded in the present moment. “All we have is the Internet / Limitless at our fingertips / Don’t sweat it, just get it,” she sings on the upbeat anthem “Limitless”, a sentiment both specific to the track’s story and somehow utterly relevant to the rest of us.

The album closes with “Honey” and “Pelicans in the Summer”, which Archives pulls in the slightly heavier layers of electronic effects and harmonic quirks that were key to her earlier EPs and opens them up to better fit the expansive atmosphere of Athena. Both are rife with moments of aural caprice and ultimately blissful. It makes for a satisfying ending to a worthy first full album for Sudan Archives, one that showcases her eclecticism in technique and execution on her magnificent terms.