Retro-nostalgic thriller Summer of 84 (2018) tells the story of paranoid youth Davey Armstrong (Graham Verchere) who comes to suspect his neighbour, police office Mr. Mackey (Rich Sommer) is the Cape May Slayer. With the help of his three friends Tommy ‘Eats’ Eaton (Judah Lewis), Dale ‘Woody’ Woodworth (Caleb Emery) and Curtis Farraday (Cory Gruter-Andrew), he starts spying on his neighbour, gathering evidence to prove his suspicions right. While Mackey takes it with good humour to begin with, soon Davey and his friends have come too close to the truth and they find themselves in peril.The film is the sophomore feature of the Montreal-based filmmaking collective RKSS (Roadkill Superstar), comprising François Simard, brother and sister Yoann-Karl Whissell, and Anouk Whissell.

Following the post-apocalyptic Turbo Kid (2015), their urban set thriller is initially a stark contrast. Yet perhaps the orphaned teen’s battle with the older and ruthless warlord and heroics to save the girl in Turbo Kid is not far removed from the story of teen Davey versus symbol of authority Mackey, alongside his infatuation with the beautiful older girl next door in Summer of 84.

In conversation with PopMatters, RKSS discuss having to learn how to watch movies, those hard behind the scenes choices that go unseen, and how easy it is to forget the human presence within filmmaking. 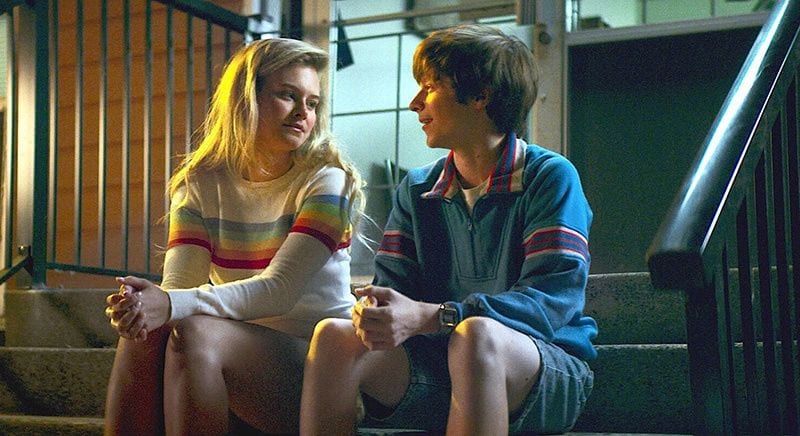 François Simard: I was young, eight or nine years old, and the movie that made me want to make films was An American Werewolf in London (1981) because on the VHS there was a making of, where they showed how they did all the prosthetics.

Yoann-Karl Whissell: That’s the movie that sparked the trigger for me to want to make films as well, and the fact that me and Anouk are brother and sister, and our dad brought us a huge VHS camcorder when we were very young, and we started making films.

Anouk Whissell: I feel that being brought up in a family tofcinephiles sparks that interest early on, and while we were making short films for fun, when they started going around the world on the festival circuit, that was when I started to believe creating movies was something that could be possible to do as a profession.

How have your experiences as filmmakers influenced the way you watch films as spectators, and has it changed your appreciation for the filmmakers and films you admire?

Anouk Whissell: Yeah, I think it’s a professional transformation, if I can say that, although it’s a word we can say in French, but I don’t know if it translates well in English. Sometimes it’s more difficult to enter into the stories because you start thinking about the characters and how everything is, and why this, and why the rhythm. You start over analysing the movies you are going to and so I find it refreshing when I actually sit in the movie theatre, and I’m involved in just disconnecting and entering the movie.

Simard: I taught myself to do that because often you start watching a film and then suddenly you see a camera movement and you’ll be: Oh, that was clever. I liked how he played it like this, how he expressed his emotion. Then you realise that you just jumped out of the film because you are overthinking.

Yoann-Karl Whissell: The fact that we made two features with a very small budget gave me a lot of respect for every other filmmaker because it’s hard. People think the movie you show is your vision, that this is what I wanted you to see, and the reality is no. We don’t know what the conditions behind the camera are and so I definitely have a lot of respect, and I guess love for filmmakers that were able to make it through, and deliver a good movie.

Simard: And when you see a shot and you say, Maybe I would have done it differently, you don’t know the sacrifice that director has had to make to do it that way.

Interviewing Paul Schrader, he remarked: “All any artist is ever doing is collecting influences, sources and experiences, and putting them together. That’s what we do and any artist that says that is not true is lying.” Would you agree?

Anouk Whissell: Absolutely, and it translates to every form of art. It is not only cinema, it’s all artistic…

Simard: …music, dancing; everything is influenced by…

Anouk Whissell: …the things you have seen, watched and the things that you have you heard. There’s nothing new coming out, it’s always a cycle and a mash up of all things that have already been done. Sometimes it’s even instinctive; it’s not something you plan on doing because it’s just becoming part of you, and part of how you grew up, and how you got into this. So it translates by itself sometimes as well.

Yoann-Karl Whissell: It goes beyond other art because it’s your relationship with other human beings- – everything has an influence on what you are doing. And so, it becomes your own mash up, but there is a mash up. 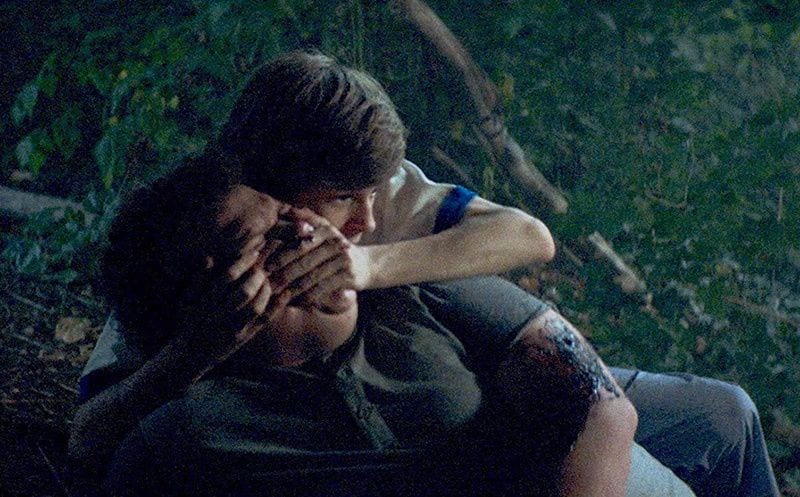 One of the challenges confronting you in the telling of this story is the audience’s familiarity with the notes the story is likely to hit. Is the key to create an immersive experience that has such an effect as to dull this conscious awareness?

Yoann-Karl Whissell: But we actually used that on Summer of 84 in another way. From movies Stand By Me (1986), The ‘Burbs (1989) and The Goonies (1985), everything, people are used to the code of four boys going on an adventure, and by the end of the film we have subverted those codes. So we used the way people think about those films and played on them, pulled the rug out from underneath their feet or switched what their expectations were and gave them something else.

Anouk Whissell: Yeah, we used their expectations to trick them into thinking they know where this movie is going and that they will be safe, but by the end they will not be because we take that safety away from them.

To be manipulated in life is not a pleasant experience, yet is the false sense of security and discovering we have been manipulated the source of one of the great pleasures of the storytelling experience?

Simard: It is the greatest pleasure, but it’s risky like you said because it needs to be well done, otherwise you can lose your audience. But if it’s well done, then it’s the greatest pleasure in the world when everybody goes: “I didn’t expect that!” And it’s fun to to sit with the audience and feel their reaction at different moments in the film.

Anouk Whissell: I think it’s the unexpected that triggers the biggest emotional response.

Yoann-Karl Whissell: Apart from the fact that the movie pays homage to all the movies we loved when we were kids — we all love The ‘Burbs, The Goonies, Stand by Me and The Monster Squad (1987). But the reason we said yes to the project and why we jumped in was especially because the story takes a huge risk. That’s why this movie will stand out from all the other ones and people will remember it.

Discussing Insidious: Chapter 3 (2015) with Leigh Whannell, he said: “This film makes me feel very exposed, because directing is a lot like pulling a knife across your stomach and letting your guts fall out everywhere. You are just exposing yourself to the world, and it does make you feel very vulnerable because anyone who is judging the film is judging your own decisions, and your own personal tastes.” Do you share this feeling of vulnerability and do you perceive the film as being an extension or a part of you?

Anouk Whissell: You spend so much time discussing it and everything that it becomes a huge moment in your life. You’ve spent sometimes two or three years on this project and so it becomes personal, and you work hard just making it the best you can. Then when you unleash it to the public for the first time, it’s nerve wracking because it can either go well or it can go wrong, and you can’t expect what’s going to happen. And yeah, it does hurt if the audience doesn’t respond well to it because it means you fell.

Simard: It’s a tough business and you are as good as your last film, and people are getting harder and harder on films. It hasn’t happened to us so far — knock on wood — but for other directors, sometimes people go out of their way to be incredibly mean to them. But you have to understand there’s a human being behind that project who gave their soul to it, and you don’t know what they went through.

Yoann-Karl Whissell: With Turbo Kid we learned that you can’t please everyone anyway, we can only please some of them.

Anouk Whissell: We were incredibly lucky with both our first two features because so far we have had an incredible response from the audience. And we like to be in the room with them and feel the reception to it. But so far we’ve been pretty lucky.

Interviewing filmmaker Christoph Behl, he remarked to me: “You are evolving, and after the film, you are not the same person as you were before.” Do you perceive there to be a transformative aspect to the creative process, and should the experience of watching a film offer the audience a transformative experience?

Simard: I know that personally yes, as a director you have grown after making a film. You have learned new things and you are not the same person. As a director you hope that at least — and especially with a movie like Summer of 84 — that for the weeks to come the audience will think about it, or they will have conversations with their friends. I don’t know if you change them, but you make them feel and think something. That’s what’s important.

Summer of 84 has its European premiere at Arrow Video FrightFest 2018 on 23 August and is released on VOD and Digital HD in the US on August 24 2018 by Gunpowder & Sky.