It’s challenging to convey the visceral horror of Suspiria (2018). For 150 minutes your senses are bombarded by disturbing imagery, repressed nightmares, and the growing dread that an ancient, lurking evil is about to be unleashed. Unlike the vivid colors and intense gore of Dario Argento‘s 1977 horror classic Suspiria, director Luca Guadagnino takes things in a decidedly realistic and methodical direction. Suspiria (2018) is like an echo in your brain that remains tantalizingly indecipherable. It’s an uncompromising paradox of beauty and ugliness, depression and inspiration; a pretentious arthouse mind-screw in every glorious sense.

Yet, there’s an abiding humanity at its core. If you listen closely and stay invested for the entire grueling ride, you will hear an aching plea for forgiveness not only for these characters, but for our monstrous humanity. The injustices we commit — driven by our primal instincts of pleasure and pain — will surely return to haunt us. Suspiria (2018) is that unholy reckoning and it’s absolutely magnificent.

The bones of Argento’s inspiration remain in place to support Guadagnino’s updated interpretation. A young American dancer named Susie Bannion (Dakota Johnson) rejects her religious Midwestern roots in favor of the prestigious Helena Markos Dance Company in Berlin. Less polished and more organic than her classmates, Susie immediately impresses the troupe’s choreographer, the inscrutable and chain smoking Madame Blanc (Tilda Swinton). She senses a darkness in Susie’s reckless form of modern dance, and the two forge a professional relationship that smolders with sinister and sexual undertones. 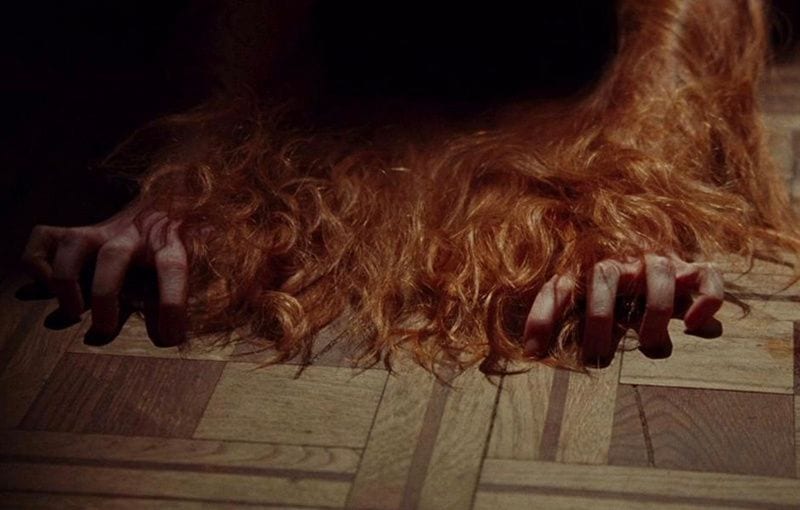 The Dance Company harbors a deep secret that only a few of Susie’s classmates dare acknowledge. The price of disobedience becomes clear when Olga (Elena Fokina), the troupe’s lead dancer, accuses Madame Blanc and her fellow instructors of being witches. In perhaps the film’s most bravura and agonizing sequence, Susie’s violent dance routine is mystically transferred to Olga’s body. The gruesome results are a distinct callback to some of David Cronenberg‘s best body horror, and a clear indication that Argento and Guadagnino have very different ideas about how to kill people.

Suspiria (2018), or “Six Acts and an Epilogue in a Divided Berlin” as a title card announces, traffics in the grays and browns of human drudgery. It’s 1977 and the Cold War is on. The Berlin Wall demarcates a cosmopolitan West Germany from the dreary Soviet controlled East side. While Argento’s daring use of color and elaborate horror devices (rooms full of razor wire, exotic strangulation, etc.) suggest a fixation with the flashy West, Guadagnino (Call Me by Your Name, 2017, A Bigger Splash, 2018) is anchored firmly in the ancient atrocities that created the invisible (and visible) boundary with the East.

As the fictional supernatural terrors of beautiful young dance students and spooky witches unfold, a real-life hostage drama plays out in the background; the hijacking of a Lufthansa airliner by Palestinian radicals in 1977. Guadagnino’s motivations for using the German Autumn as a backdrop for Suspiria (2018) aren’t immediately clear, but we come to appreciate its impact on the film’s overarching theme; that of a buried past re-visiting and cannibalizing the present. 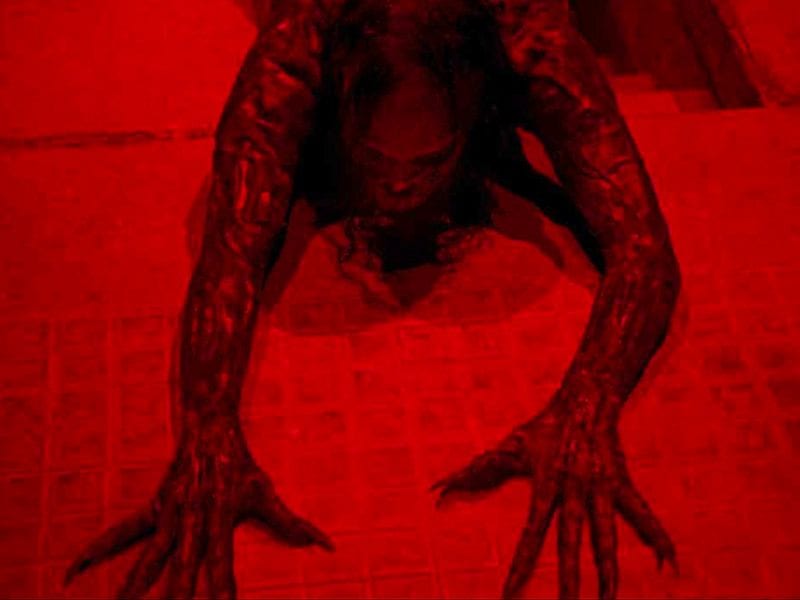 Of course, one needn’t be a history scholar to appreciate Suspiria (2018). This is merely some added subtext to enhance the truly creepy events at the Helena Markos Dance Company. Hidden chambers imprison unspeakable abominations and Thom Yorke’s atmospheric score creates the illusion that you can hear their constant screams. The dance troupe – ropey red garments draping their writhing bodies – straddles an unsettling line between pleasure and pain as they perform Madame Blanc’s signature piece, “Volk”. Terrifying nightmares of unimaginable cruelty haunt Susie, preparing her (and us) for a finalé that forsakes all reason and good taste. Indeed, the entire film is composed of disturbing cinematic visions that can’t be unseen.

What distinguishes Guadagnino’s re-imagining from Argento’s classic is the churning humanity at its core, manifested in the curious psychotherapist, Dr. Josef Klemperer (Swinton in heavy make-up). Approached by a frantic former student of the Dance Company named Patricia (Chloë Grace Moretz), Dr. Klemperer is compelled to investigate matters for himself. As he struggles to uncover the fate of Patricia and another student (Mia Goth as ‘Sara’), he’s forced to confront his own guilt over abandoning his wife to the Nazis at the turn of World War II.

That Klemperer is selected to be the human “witness” to the coven’s rituals is no accident. When his time came to stare down evil, he succumbed to cowardice. Perhaps if he can save these young dancers from the evil lurking within Markos he can purge his guilty conscience. It’s the kind of twisted bargain we make with fate, just to sleep at night. 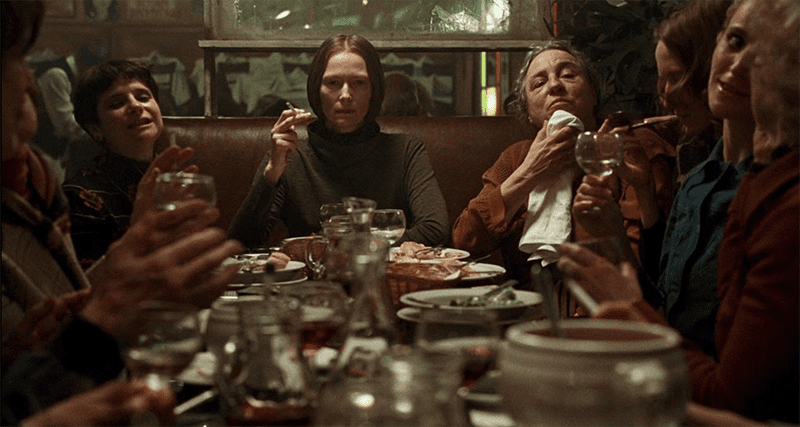 Not that these women need anyone’s help. Suspiria (2018) pulsates with feminine strength and energy. Obviously, the entire cast is comprised of women. More importantly, this is the story of strong women who hold society together while the men are off playing their games of conquest. Theirs is an ancient wisdom; nourished by resentment, anger, love, and, ultimately, rebirth. As World War II raged, Madame Blanc held the Dance Company together by embracing that ugliness and using it to empower her students. “We must break the nose of every beautiful thing,” she instructs Susie; a lesson she is frighteningly eager to absorb.

What Guadagnino has created is an externalization of repressed evil that exposes each sharpened edge with unadulterated, self-indulgent artistry. Yes, Suspiria (2018) is too self-indulgent and, arguably, too long. Many viewers will tire of the excessiveness, while others will complain that the film’s editing style is intentionally disorienting. It’s also a work of uncompromising, unrestrained beauty… and ugliness. Sure to polarize audiences, Suspiria (2018) is a movie to be savored and feared.