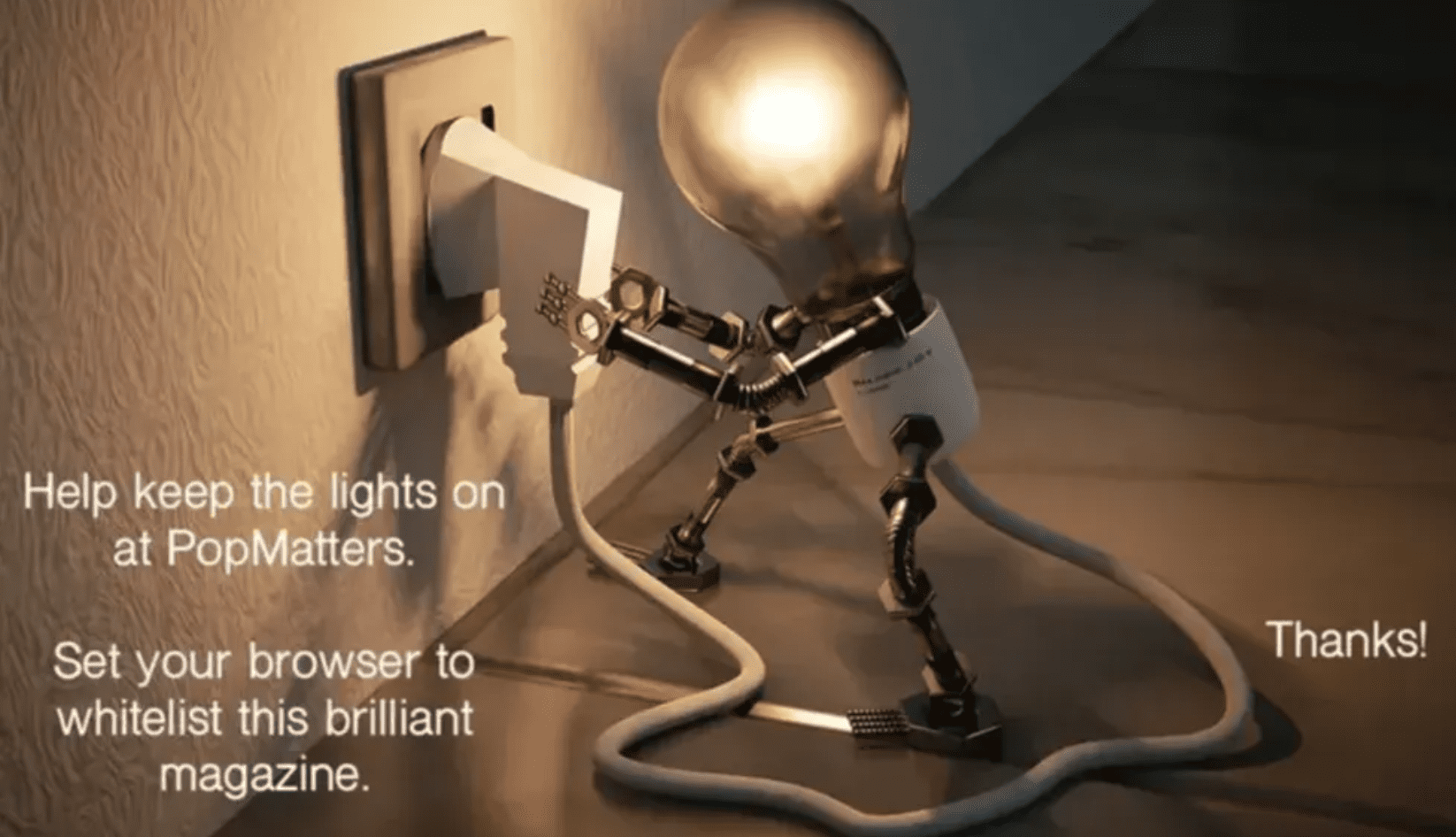 Music fans have likely heard the term “synthwave” tossed around in recent years. But despite synthwave’s music and visual aesthetic regularly turning up in the mainstream, not everyone could connect it with specific artists or a concrete identity as a music genre. However, the curiously mainstream-but-still-underground genre is quickly becoming a widespread cultural phenomenon, one worth recognizing for its unique characteristics and the different places they appear in pop culture.

There are full histories of the genre available elsewhere, though the briefest description is that synthwave emerged in the late 2000s as a highly nostalgic, fully electronic throwback to the sights and sounds of the ’80s and early ’90s. The music began as something of a retro gumbo, pulling from modern house and nu disco music and piling in influences from vintage genres like Euro disco and the original sounds of electro (think Herbie Hancock’s “Rockit”), movie scores including Vangelis’ work on Ridley Scott’s 1982
Blade Runner soundtrack (the film and soundtrack are both pillars of synthwave culture), as well as 8-bit and 16-bit video games. Early artists also drew inspiration from jingles for ’80s VHS production companies, nightly news broadcasts, and television ads for an added bit of detail and nostalgic flavor.

Synthwave takes these elements of the past — for early creators, these were pieces of their childhoods in the 1980s — and projects them into the modern day for a retro-futuristic amalgam of synth-based music.

Despite its significant presence and the high level of enthusiasm about it, synthwave in its complete form remains a primarily underground form of music. There are exceptions, however, and they’re often big ones. For anyone curious about this retro ’80s movement called “synthwave”, following are just a few examples of the prominent places it turns up.

The first significant representation of synthwave in mainstream culture comes from Nicolas Winding Refn’s 2011 retro-flavored film, Drive. The movie’s visual aesthetic and score are only very loosely related to synthwave, though it prominently features music from the genre’s early pioneers on its soundtrack. The prevalent use of the songs within the movie not only made Drive a key entry point for new fans to the genre but helped spark massive growth on the creative side, with a high number of past and present synthwave creators naming Drive as their motivation for learning to produce synthwave music.

Kavinsky’s “Nightcall” as well as “A Real Hero” from Electric Youth and College were catapulted to mainstream recognition thanks to the movie, and they remain two of only a small number of synthwave songs produced to date that widely known outside the genre’s followers. Although synthwave had been percolating for several years prior to the movie’s release, with formal albums dropping a year or two in advance, Drive ignited synthwave’s growth and helped turn it into a full-fledged music genre.

Few creations embrace and embody synthwave as fully as Ubisoft’s standalone expansion to its Far Cry 3 game, Far Cry 3: Blood Dragon. Every aspect of the game and its related material — from its retro-futuristic and over-the-top concept, neon-soaked promo artwork, ’80s throwback cartoon trailer, and soundtrack from synthwave stalwarts Power Glove — represents the genre in all its glory. The game even features voice acting from ’80s action movie star Michael Biehn as an added nod to the past.

The semi-sequel and accompanying Power Glove soundtrack for 2016’s Trials of the Blood Dragon is similarly representative of synthwave music and culture.

Made-for-YouTube flick Kung Fury (2015) was a small internet sensation in its own right. Like Far Cry 3: Blood Dragon, the film represents synthwave in every aspect of its creation, including its outrageous storyline and themes of ’80s retro-futurism.

However, the most prominent and longest-lasting cultural artifact from its creation is arguably the original synthwave song and music video, “True Survivor”. Written by synthwave pioneer and fan-favorite artist Mitch Murder, along with Grammy-nominated songwriter Jörgen Elofsson, the track is an aggressively kitschy earworm that pays tribute to ’80s soundtrack anthems like Top Gun’s “Mighty Wings” and Scarface‘s “Push it to the Limit”.

Pulling in millions of YouTube views practically overnight, the video was one of synthwave’s first big moments for breaking out of its underground shell and reaching broader cultural consciousness in all its neon glory.

Though not explicitly part of synthwave, the retro synth soundtrack and throwback illustration style of the promo art for Netflix’s cultural sensation Stranger Things are just a shade away from synthwave’s own particular form of ’80s worship. The show’s viral cultural reach fully coincided with synthwave’s emergence as a large-scale music revival and a broader pattern of nostalgia for the 1980s in the 2010s, and its immense popularity makes it the closest point of reference most people have to synthwave music and culture.

Film scores from the ’80s play an immense role in the music of the synthwave genre, and the ambient horror and tense atmosphere of the Stranger Things score — particularly its main theme — connect closely to the retro-beating heart of synthwave and its love for vintage cinema.

The epic trailer for Taika Waititi’s Thor: Ragnarok has over 73 million YouTube views to date. Hiding behind its action-packed montage is a full-blown synthwave song, Magic Sword’s “In the Face of Evil”. Recalling tracks that preceded it like Kavinsky’s “Protovision” from 2013, “In the Face of Evil” represents one of the most significant instances of true synthwave music making an appearance in mainstream culture.

Set in the 1980s, Bethesda Softworks’ Wolfenstein: Youngblood contains several cultural pieces related to synthwave. Its trailer notably features music from early dark synthwave pioneer Carpenter Brut with the song “Turbo Killer”, and its in-game score is a more subtly retro and not-so-distant cousin to the cinematic side of synthwave. Toss in the neon blue and red cover art executed in a throwback ’80s illustration style, and Wolfenstein: Youngblood is just one more example of mainstream culture picking out bits and pieces of the synthwave genre to bring to a broader audience. 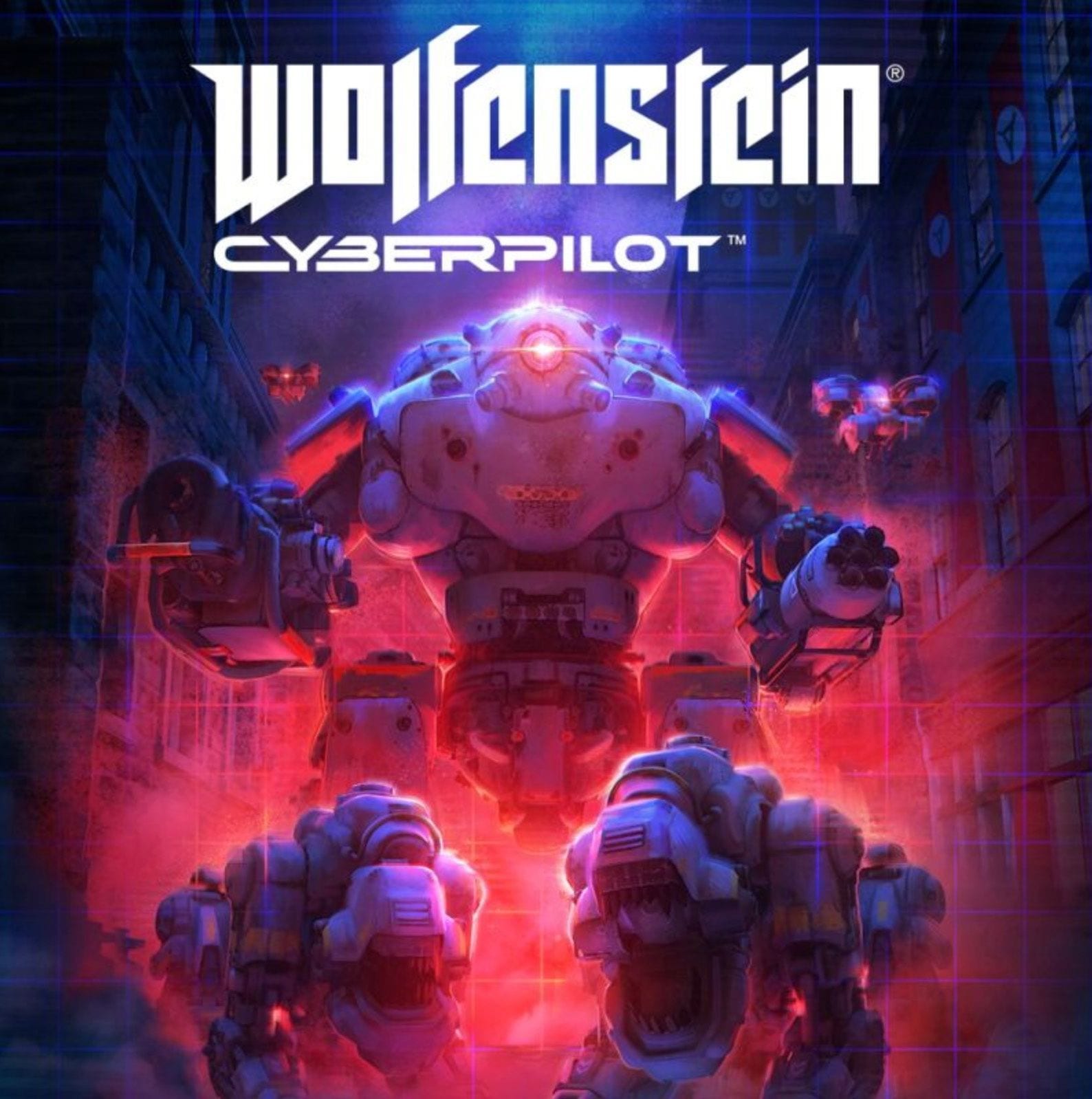 Not coincidentally, the same developer and publisher who worked bits of synthwave into Wolfenstein: Youngblood snuck in a not-so-subtle nod to the genre with the cover art of their contemporaneously-released Wolfenstein: Cyberpilot VR game. Like Wolfenstein: Youngblood, the game itself holds little relationship to synthwave, though the cover art with its neon-hued colors and sci-fi imagery is a dead ringer for synthwave’s art aesthetic and its current love affair with cyberpunk culture. The image could easily pass for a synthwave album cover without anyone looking twice.

Examples of synthwave working its way into mainstream-friendly music are surprisingly numerous, though the most visible example of the music turning up in big places is on Taylor Swift’s 2019 album, Lover. Touches of the genre can be found throughout the recording, though “The Archer” is just a hair’s breadth away from being fully classifiable as a synthwave song, or more specifically, as part of synthwave’s dreamy, downtempo subgenre, dreamwave.

In terms of style, the song is something of stripped-down, more subtly synth-based relative to one of synthwave’s most widely known and beloved tracks, Electric Youth’s and College’s “A Real Hero”, made famous in the movie Drive (above).

Even Lover’s neon-saturated album art and the lyric video for “The Archer” hint at an awareness of the synthwave genre by its creators, making it one of several recent examples of retro synth culture finding itself in surprisingly visible spaces.

The latest and arguably most unusual instance of synthwave rearing its head in mainstream culture is in the visual aesthetic for the music video “RITMO (Bad Boys for Life)” from The Black Eyed Peas and J Balvin. Notably, the music itself is entirely unrelated to synthwave, yet the backdrop of the video features flashes of iconic imagery from the genre. This includes synthwave’s signature neon grid lines as well as the widely accepted symbol of the entire genre, the horizontally striped neon “synthwave sun”, designed by visual artist Signal Noise and made famous on the album covers for Gunship’s self-titled recording and FM-84’s Atlas.

It’s true that “RITMO (Bad Boys for Life)” does include a prominent vintage element in the sampling of Corona’s 1993 Eurodance track “The Rhythm of the Night”, though that particular song — and early ’90s Eurodance in general — falls outside synthwave’s set of common influences.

Synthwave purists may scoff at the appropriation of the genre’s aesthetic without any acknowledgment of its music or the origins of its visual design. But there’s no denying that synthwave has cracked into the cultural awareness at the highest levels of mainstream music and is now reaching more people than ever.

Whether or not the main body of the synthwave genre will follow, only time will tell.