One month out of every year, ten school chums gather to continue a game of tag that they started as kids back in the ’80s. It’s an amazing premise for a movie; grown men playing a child’s game, occasionally coaxing bewildered onlookers or frustrated relatives to become accomplices in their hijinks. It’s about as close to a sure thing as Hollywood can get without involving superheroes. How could Tag go wrong?

Director Jeff Tomsic‘s ‘inspired by true events’ comedy had a choice to make early in the development process. It could either honor the good-natured brotherhood fostered by this annual game of tag, or explore the twisted extremes of what is, essentially, a juvenile ritual of arrested development. It chooses, instead, to explore both options through a combination of bland writing, weak characterizations, and an almost Sandler-esque level of emotional manipulation.

The problems start at the top, with the choice of Ed Helms as the gang’s ringleader. It’s fitting that Helms was selected to star in the atrocious Vacation reboot back in 2015 as he is the Chevy Chase of the new millennium. You either appreciate his particular brand of mugging for the camera or you don’t. The difference between Chase and Helms, of course, is that Chase had the good fortune of working in the ’80s, when really good comedy writing was plentiful. Helms, again and again, has been stuck with mediocre movie projects. Tag needs a strong, charismatic lead to keep the shenanigans grounded in humanity. Because Helms (as the mild-mannered goofball, ‘Hoagie’) fails to do this, the script must remind us (repeatedly) just how much the so-called ‘Tag Brothers’ have bonded through their game.

The rest of the cast is actually pretty good. Jon Hamm (as ‘Callahan’) does well as the straight man, while Jake Johnson (‘Randy’) plays the obligatory stoner. Johnson is certainly believable as both a stoner and the quintessential smartass, but he really excels when given darker material. He can say things that other characters can’t.

The strongest performances, however, come from Hannibal Buress (‘Sable’) and Isla Fisher (as Hoagie’s wife, ‘Anna’). Fisher is electric here, literally tackling her role with vulgarity and physical savagery. Buress is her droll counterpart, under-selling each of his punchlines with perfect comic timing. 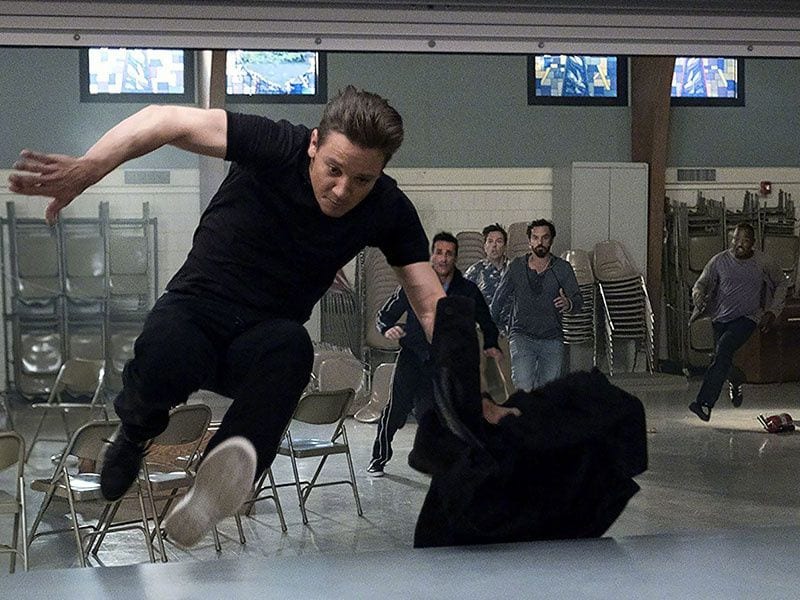 A big disappointment in the supporting cast is the use of Jeremy Renner. Here, Renner plays ‘Jerry,’ the one member of the gang who has never been tagged. Hoagie assembles his cohorts on a mission to finally tag Jerry, who plans to quit the game after his upcoming wedding. Renner, used largely as comic relief in the Avengers films, has proven a deft touch with lighter material. Inexplicably, Tag keeps him on the comedy periphery, limiting his participation to the unimaginative action sequences that unfold when his clumsy buddies try to tag him. Each attack is punctuated by slow motion and an inner monologue from Jerry describing his elaborate countermeasures. It’s a cute device that quickly loses its charm. 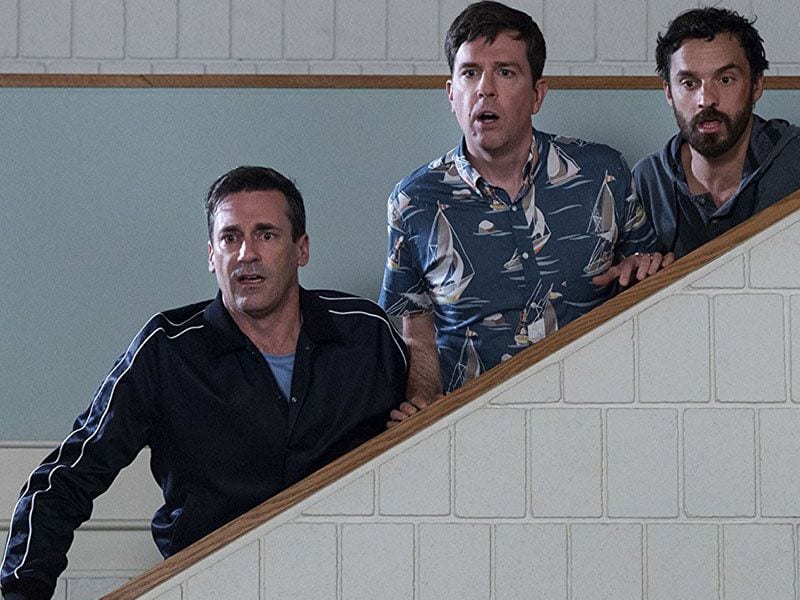 There’s a black comedy threatening to burst out of Tag. A few inspired bits, such as an elaborate trap set by Jerry in the wilderness (that joyously riffs on the original Predator film), tease what this movie might have been with a sharper script. The groundwork is set for something similar to the wicked Game Night, which took gleeful delight in pushing the boundaries of good taste. Sadly, Tomsic can’t commit to all-out mayhem. For every questionable gag that raises an eyebrow, there’s Hoagie repeating the gang’s mantra, “We don’t stop playing because we grow old; we grow old because we stop playing.” Basically, Tag is a heartwarming buddy picture masquerading as an R-rated comedy.

Perhaps Tomsic is too respectful of the real-life Tag Brothers, who came to prominence after the publication of a Wall Street Journal article in 2013. It’s admirable that Tomsic wants to capture the purity that keeps their game alive, but things would be funnier if the guys had fewer moral scruples. Or better yet, how about a documentary on the subject? The end credits of Tag feature home footage of the real-life gang tagging each other with the help of cheesy costumes and surprise attacks. These clips capture the fun and camaraderie of the game far better than its fictional counterpart.

Ironically, Tag mimics the identity crisis of the childish men occupying its core. It wants to be a risky adult comedy while still retaining its sense of childlike wonder. The result, while not insulting, simply isn’t funny. It’s also a missed opportunity to show that not all masculinity is toxic, even if it refuses to leave the playground.