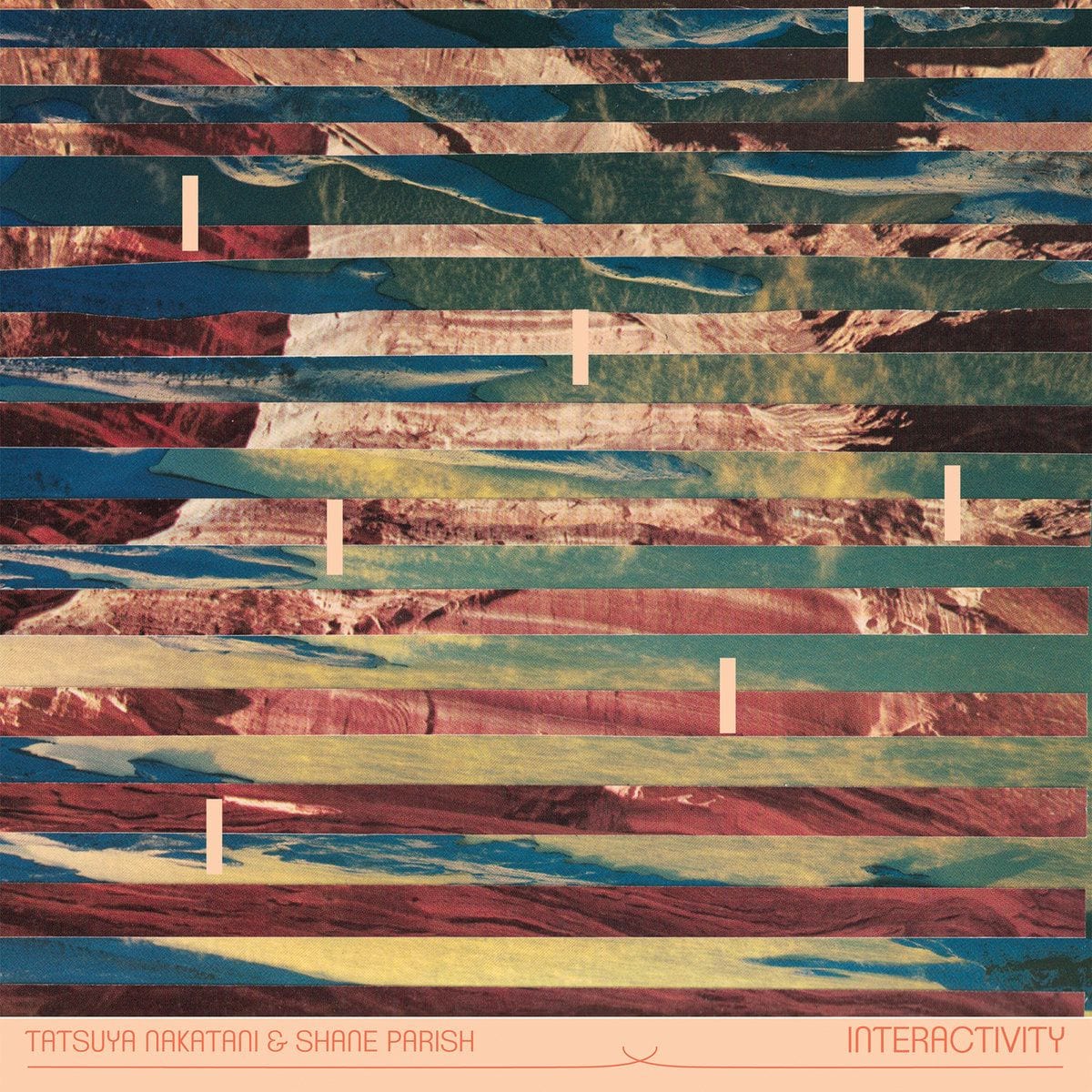 Improvisation, when it works, relies on deep conversations, patience, and openness. And duo settings are places where this kind of attention to simple hand gestures, nods, or shifts in rhythm or intensity can alter the music rapidly. They can also be places for sound to become so blurred it’s difficult to know who’s leading whom. Drummers, in such situations, get to drive the music well beyond keeping time. Rashied Ali’s duo work with both John Coltrane and Frank Lowe provide scorching examples of this, as do Chris Corsano’s rapid-fire drum kit flurries against Bill Orcutt, Mike Flower, or Bill Nace. New Mexico-based Tatsuya Nakatani is a percussive chameleon who has played straight-up jazz on a kit with Billy Bang, but who is also known for his spontaneous, playful solo gong orchestral performances. On Interactivity, Nakatani allows Asheville-based improviser Shane Parish’s guitar excursions a place to stretch, to become tangled, or to scurry off in any number of directions, seemingly at once.

Parish, who is at home as a solo player where he often deconstructs folk forms, can also be found in duo settings. He stayed put as his band Ahleulachatistas shrunk over time from a trio to a more recent drum and guitar duo, where both players have reveled in math-y hunks of rock-ish takes on anything from sheer noise to Indonesian Gamelan. YouTube videos show him, often playing a classical guitar, as he does here, in instant collaboration with kindred risk-takers such as Luke Stewart or Jacob Wick. And while Nakatani has dropped his bowed gongs and minimalist bliss behind Kawabata Makoto’s distorted guitar navigations, Interactivity, Shane and Nakatani’s second release, allows him to engage with an acoustic player where, unlike their other album, 2013’s Anatomy of a Moment, form is entirely done away with.

Nowhere is this better realized than on “Embarkation”, the longest of the album’s three tracks. After the duo opens with an increasingly frightening guitar and bowed-gong pattern, they shift abruptly, just as they reach peak intensity. For the next few minutes, Parish meanders, seemingly considering notes for some as-of-yet-unnamed composition as Nakatani scrapes and crashes behind him. It sounds like doors being slammed, or at times, rusted metal children’s playground equipment being stubbornly brought back to life after seasons in a debilitating sun. A gong appears and coalesces; Parish adds jagged bobs. That gives way to drawn out whooshes and the rattling of a drum kit. In short, these are two musicians willing to follow each other through overgrown thickets or faded, cracked, empty parking lots, their unstable foundations morphing every few seconds.

The more any notions of preconceived musicality are flicked to the curb, the more absorbing this listening gets. Arguably, part of Nakatani’s job here is to yank Parish away from a tendency toward classicism and scales, while Parish occasionally makes subtle suggestions for Nakatani to contend with. These kinds of challenges, feeling at times like abrupt swats and at others gentle nudges, allow neither musician to ever rest in place. Which doesn’t mean all of it works. On “Sight Lines”, both players sound fidgety and reluctant, at one point simply giving over to a noisy shoulder shrug.

These two tracks demonstrate the magic and the pitfall of one-take musical meetings. Sometimes reigning in the formlessness takes as much nerve as pushing it out there. Interactivity was recorded in Asheville in 2018, but it’s the kind of collaboration perfect for the moment’s necessary absence of live performance or larger gatherings of musicians. Most of the time, these guys sound as at home with themselves as they do each other, and that’s always when conversations take rich, unexpected twists.