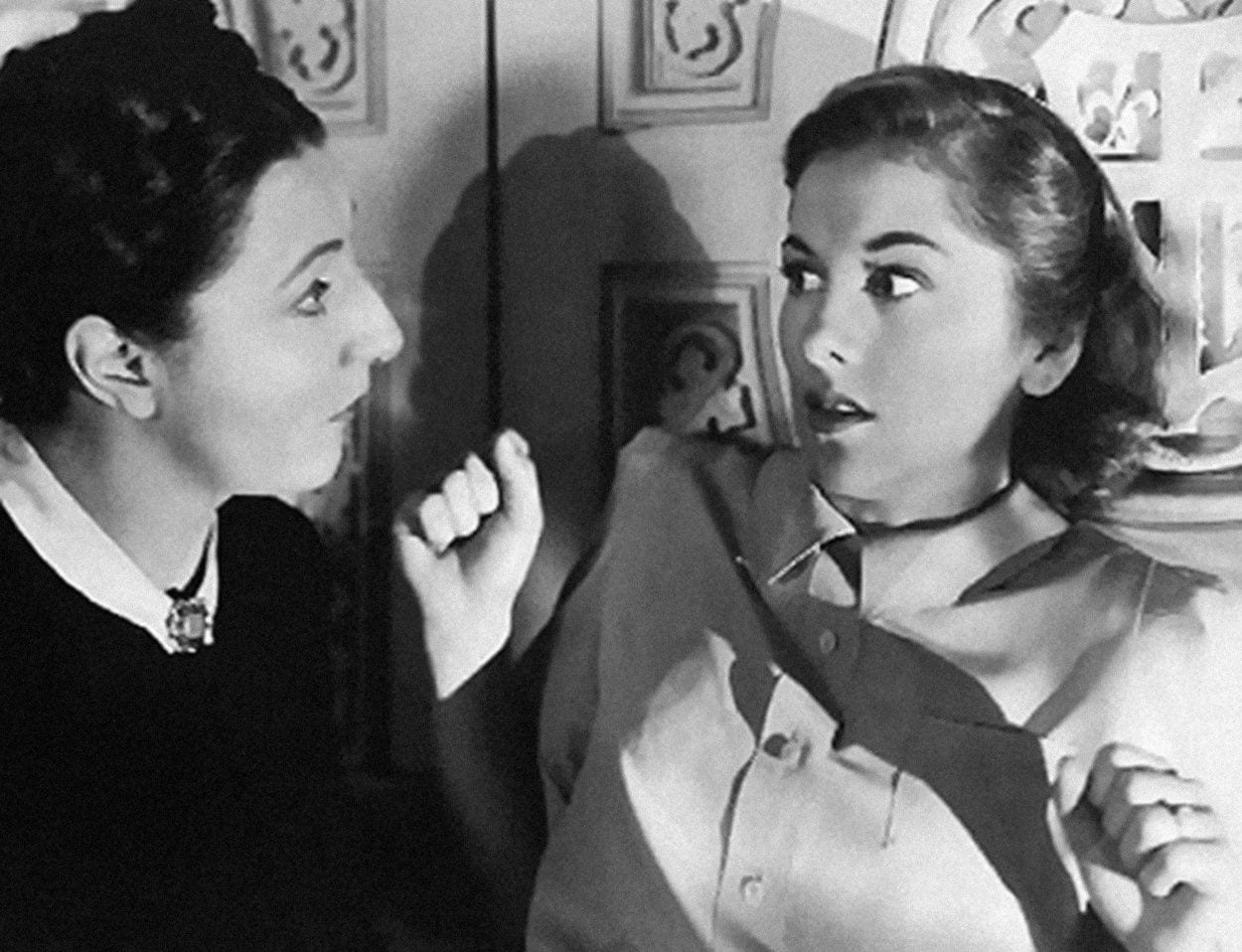 A murder in a sleepy village. A vacant-eyed corpse among the rose bushes. Arsenic in the Earl Grey. A killer in black leather gloves and tweed. These are all the familiar ingredients of the classic English murder mystery repeated again and again by the likes of Agatha Christie and Dorothy Sayers, and adapted for mass consumption by the BBC for Masterpiece Theatre. The English whodunit is as immensely popular and recognized import as scones and Twinnings tea. Why is it so popular, exactly? It’s because of the sly, twisted paradoxical nature of it all — -murder among the well mannered and civilized. The quintessential English upper middle class killer can strangle or poison his victim, stash the body, and still manage to arrive immaculately dressed for pre-dinner cocktails.

Usually the cause of it all is greed, or the fear of humiliation. Someone’s lied about his or her background to marry an heiress, or someone’s done away with a troublesome mistress, or someone just wants to shut up someone who knows too much. The killer of the English murder mystery is, invariably, a social climber, someone who through hard work and deception has ensconced himself in the upper middle class. He is so enamored with the comforts of his present life that he will do anything not to be flung back again into the working class. He, or in some cases she, represents the dark side of the English class system and the dangerous limits of social mobility.

Alfred Hitchcock made the first of these English suspense films in 1926 with The Lodger: A Story of the London Fog. The atmospheric, thriller based loosely on the Jack-the-Ripper story starred the matinee idol Ivor Novello (he was portrayed by Jeremy Northam in Robert Altman’s Gosford Park) and was a colossal hit in Britain. A string of successes followed throughout the 1930s: The Man Who Knew Too Much (1934), The 39 Steps (1935), and The Lady Vanishes (1938). Eventually, Hollywood took notice, and in 1939 producer and media-mogul David O. Selznick lured Hitchcock to the U.S. to work on what would be his first major American-made films, Rebecca (1940) and Suspicion (1941). 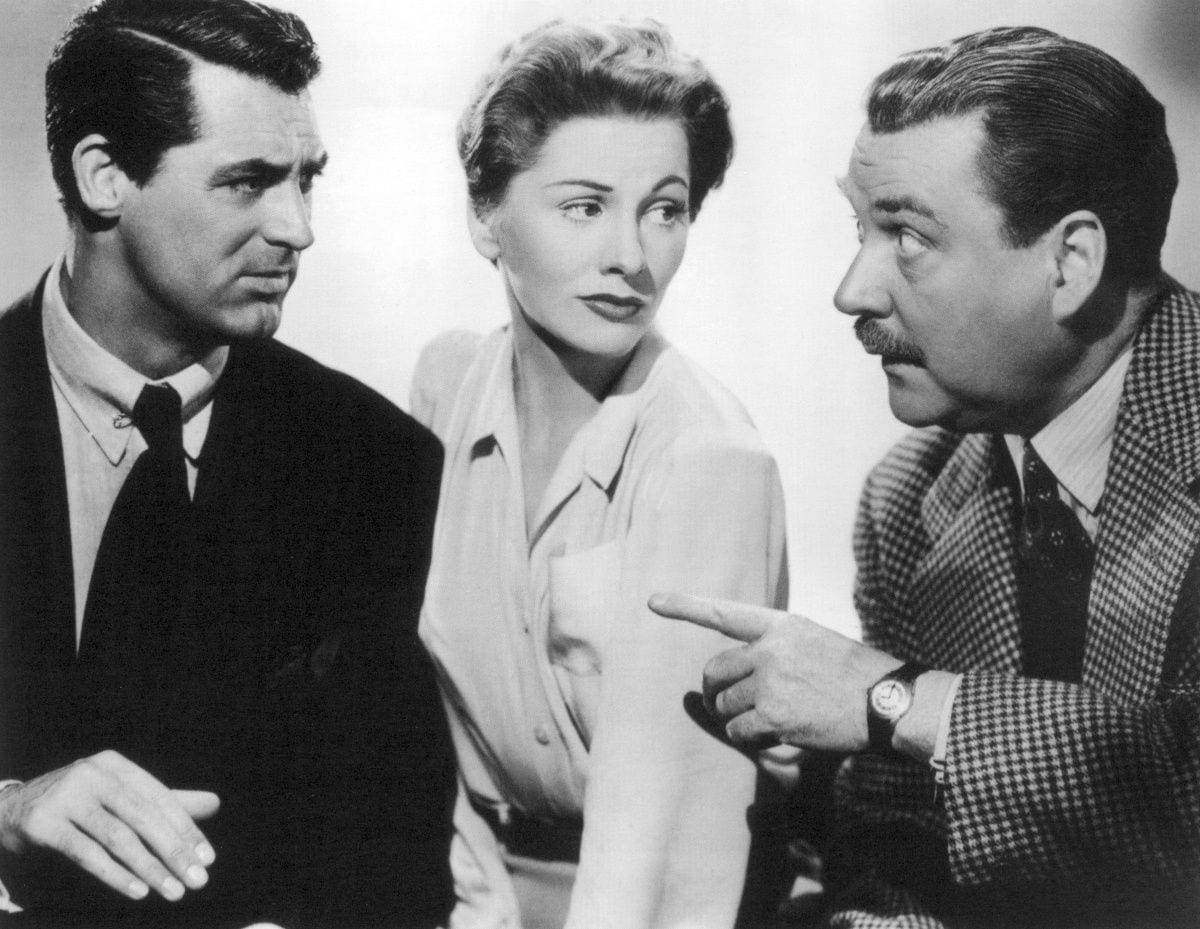 Hitchcock’s English suspense films of the 1930s were relatively low budget and somewhat threadbare. To detract from the limited locations and bleak studio settings, he carefully worked on crafting a thrilling plot, colorful characters, and imaginative action sequences to titillate the audience. But by 1940, Hitchcock was given carte blanche at Selznick International Pictures, and had the luxury to film a different sort of suspense picture, one that could be slower in pace and more psychologically unsettling. The result was two films that reflect his own anxieties with the English identity: the class system after the end of the First World War, and a collective, English sense of melancholy — a fading, Edwardian attitude toward society and the Empire.

Both Rebecca and Suspicion were based on bestselling mystery novels in Britain, and were the ideal source material for film adaptations. They had the right air of upper-crust sophistication that Selznick was looking for: country locales, Old World mansions, characters both suave, and sinister. And each would serve as a star vehicle for an up-and-coming English actress that met Selznick at a cocktail party: Joan Fontaine. In Rebecca and in Suspicion, Joan plays a certain sort of English heroine; one who is beautiful, gracious, and far too trusting. Her ability to see the kindness in people is her dangerous flaw. The audience’s sympathies lie with her throughout the course of the film, she discovers, slowly but agonizingly, the lies and secrets that may lead to her own death.

Fontaine had an open quality that all good movie actresses possess — a pliant physicality and litheness, and a sense of flirtatiousness that the camera seemed to love. She also had a smooth, crisp voice, and the sort of accent, with clear pronunciation and cut-glass vowels, that the Anglophile Selznick believed epitomized an elegant heroine. She was beautiful, but not in a wildly distracting way, like Vivien Leigh (another Selznick discovery), who apparently wanted to play the lead in Rebecca opposite her husband Olivier (the DVD version of Rebecca contains her screen test as one of the Bonus Features) but was turned down by Selznick and Hitchcock because the character in Daphne Du Maurier’s novel was supposed to be slightly plain and shy.

Fontaine played well against handsome leading men without dominating the entire film with her personality. She would let Hitchcock take full rein as director and focus the film on a character of particular interest. In Rebecca, that character is Judith Anderson’s campy Mrs. Danvers, a performance that is unforgettable in its gothic excess. In Suspicion, that character is the suave, devilishly handsome cad John Aysgarth played by Cary Grant, and the sheer force of Grant’s personality takes over the entire picture. 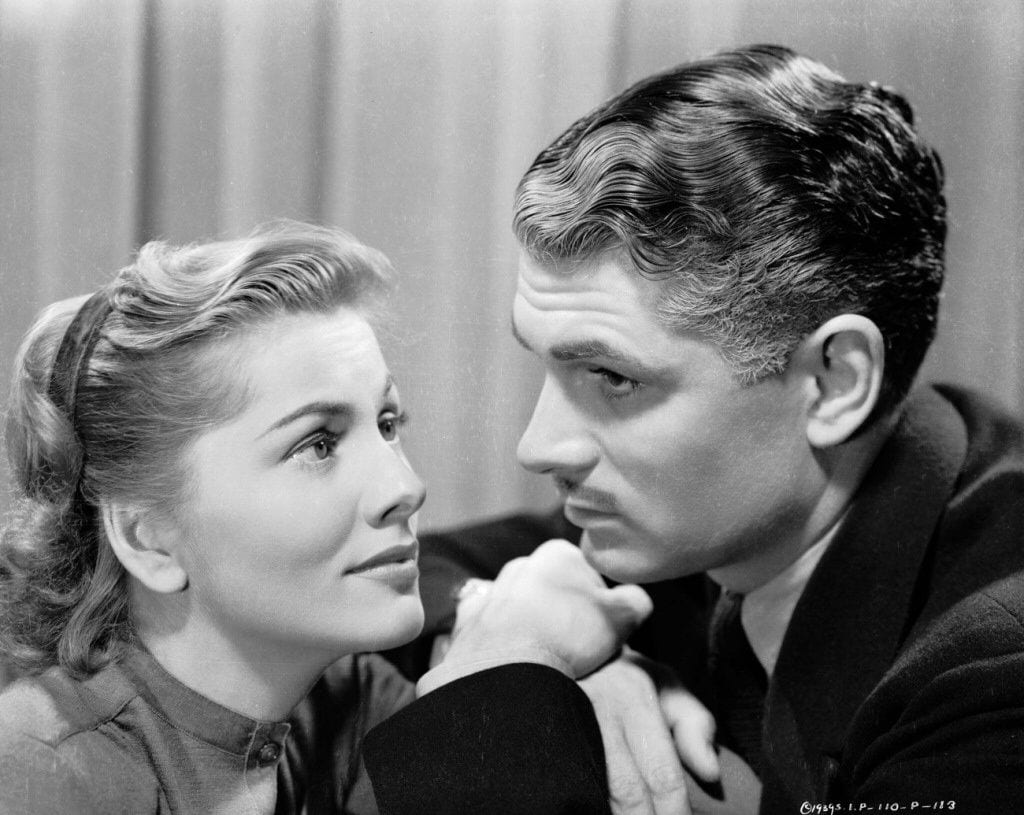 Cary Grant would star in some of Hitchcock’s most celebrated films, Suspicion, Notorious, To Catch a Thief, and North by Northwest. Grant had a certain ambiguity to his onscreen persona that Hitchcock found appealing. Underneath his matinee idol looks and abundant charm, he had a dark coloration, where he was capable of plotting, of getting his way at all costs. This sort of leading man implies an important Hitchcockian theme — that we are rarely what we seem to be.

Cary Grant was himself a hard-working social climber and a kind of professional dissembler. He was born into a family of cockney circus performers and throughout the 1920s and early 1930s worked his way through the British vaudeville circuit, and finally to Hollywood talkies. By the 1940s, he’d shed his jolly, working-class intonations and emulated the manners of his posh aristocratic friends like Lord Louis Mountbatten, becoming the dapper Cary Grant we know today. In Suspicion, he’s perfectly cast as John Aysgarth, that familiar figure in English society: a bounder; the playboy who has the appetite for luxury but not the means, is usually unemployed and quite content to be so, and drifts from one rich woman to the next so long as he’s kept in comfort.

After he weds the sweet and naive Lena (Joan Fontaine), he tells her to her face that he’s married her for her money. “Monkeyface, I’ve been broke my whole life — besides, what about your father? You could always ask him for help.” Lena’s tragedy is that she refuses to believe that Johnny is an incorrigible liar and layabout. She’s as taken by his handsomeness and physicality as we the audience are. And it’s Cary Grant’s charm and ability to seduce that makes the entire plot and story plausible. Without him, the film is inconceivable.

Rebecca‘s bounder is Jack Favell, Rebecca’s distant cousin and occasional lover, played by George Sanders. Sanders was a smooth, honey-voiced, albeit smarmy actor who became known for Old World villainous roles (he was later the voice of the tiger Shere Khan in Disney’s The Jungle Book). Favell is more nakedly manipulative and sinister than Grant’s Aysgarth. Throughout the film, he’s trying to blackmail Maxim de Winter into giving him money or a cushy job in exchange for keeping quiet over Rebecca’s sordid past. After he’s self-invited himself to lunch with Maxim and the new Mrs. de Winter, he greedily chomps on a cold drumstick while downing it with champagne, and says, “You know Maxim, have you ever driven in luxurious cars that never belonged to you. I’d like to have your advice on how to live comfortably without hard work.”

Men like John Aysgarth and Jack Favell have the classic qualities of the ambitious social climber. He’s a manipulator, a schemer, and a coveter of other men’s possessions and lifestyle. He’s a destabilizer of the established class system, and thus a colorful, dark character to cause tension and suspense.

By the start of the Second World War, the class system in England was already breaking down and by the end of the War it became almost an emblem of the past. The colossal expense of the war caused Britain to lose the Empire, which financially fueled the aristocracy. Jobs and opportunities opened up for the middle and working classes, in university enrollment, in small businesses and real-estate development. More jobs meant more money, and more money meant more time for leisure activities like going on holiday, going to the movies, and reading. Popular entertainment essentially liberated the working and middle classes. Even they wanted glimpses of the stately, aristocratic England on screen, which Hitchcock was hired to deliver.

Hitchcock’s style of filmmaking in regards to these early English suspense films is prevalent everywhere. Echoes of Rebecca and Suspicion are in Altman’s (very self-consciously Hitchcockian) Gosford Park, Joe Wright’s Atonement, Julian Fellowe’s Separate Lies, Woody Allen’s Match Point and Scoop, and most recently in Polanski’s The Ghost Whisperer — films that combine opulent houses and surroundings with ominous plots and duplicitous characters. The mystery suspense set in the country mansion is popular for the reason that, subliminally, poorer people love to watch the unhappy, scheming rich. Perhaps, it is the reassuring knowledge that for all their wealth, the rich are possibly miserable unless they’re trying to ruin one another. It was a wry joke that Hitchcock played upon.

Rebecca is teeming with mean social upstarts, Jack Favell, Edyth van Hopper -Mrs. de Winter’s corpulent, nasty employer, and even the physically absent but ominous presence of the sadistic Rebecca. Suspicion‘s John Aysgarth has the heroine and the audience guessing as to the nature of his maliciousness. Both movies show us Hitchcock at the middle stage of his career, but at the point where he became a household name in America and consequently, an international name. It was the beginning of Hitchcock as “the Master of Suspense” and the Grand Guignol impresario who set the standard for any suspense thriller that has come after him.

These two films, Rebecca and Suspicion, epitomize a vision of Englishness, mannered yet sinister, that continues to intrigue and delight audiences. It reminds us that no matter how successful and elegant we may become, there’s always our ambition. We’ll always have a tinge of savagery lurking beneath that veneer of respectability.

Farisa Khalid studied English at Vassar College and finished her Masters in Global Health at Emory University in Atlanta. In addition to being a contributor to PopMatters, she is developing two blogs, one on the relationship between food and movies, called The Celluloid Kitchen and the other blog, on issues in international health called Agent of Change.