The ambitious vision of Teeth of the Sea has followed them since their inception back in 2006. The London-based band displayed resistance in conforming to the norms of their psychedelic rock foundation and instead used the foundation of the genre as a launching pad, a point of origin from which they could explore new concepts and ideas. Through the years this approach has resulted in Teeth of the Sea building a stellar discography, and one that reached its peak recently with the release of their latest record Wraith. It was in support of their new record that the band set out on a UK tour and I had the chance to catch them live in Manchester, alongside Trianglecuts and Slow Knife.

The first band to take the stage in Soup Kitchen was Trianglecuts, the duo of Doug Hemingway and Gwen Osmond. The setup was minimal, as the band’s music is mostly projected through Hemingway’s assembly of electronics, effects, and synthesizers. The impact that those had, however, was substantial, with all these sonic processors implemented to result in a full force assault. The heavy beats and new wave notions combined perfectly with Osborne’s performance, as she recorded live her deliveries and then further manipulated these to a fantastic result.

Most of the intricacies of Trianglecuts sound comes from their fascinating take on combining different themes and styles and further enhancing these with a touch of sound design. It is this attribute that gives the duo its intoxicating quality. The only downside to their performance was a few minor issues with the sound due to a faulty cable, but thankfully those were resolved. So do check them out, because their brew of dark, electronically infused new wave is worth your time. 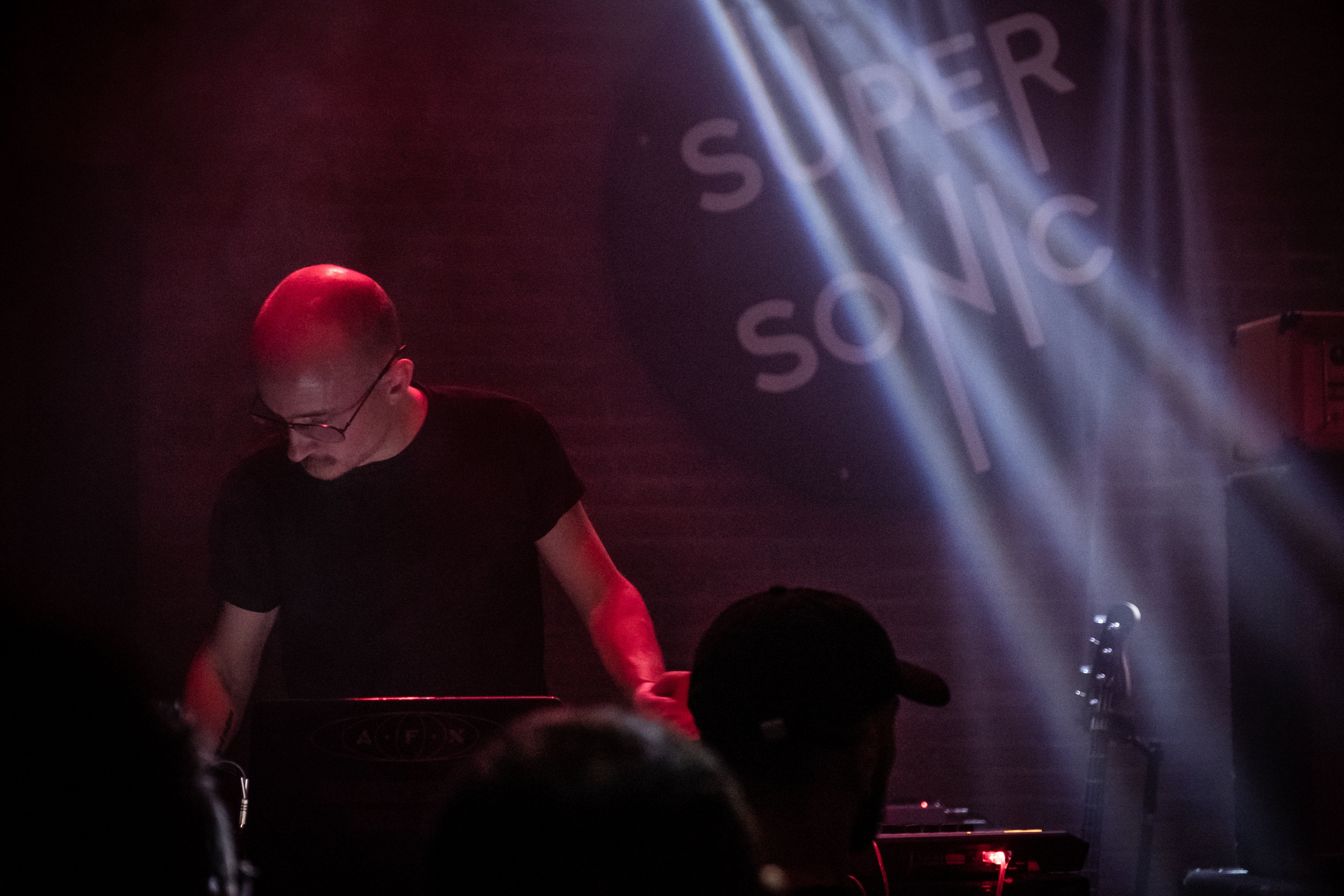 Following the harrowing performance of Trianglecuts, Slow Knife take the stage and start setting up in bizarre fashion. Everything about their stage presence yelled that this was going to be entertaining. The line-up included an intriguing combination of drums, saxophone, harmonium, theremin, and vocals. Yet, Slow Knife’s peculiarity was not contained only in their choice of instrumentation and also trespassed on the band’s dress code, with the vocalist performing in a suit and tie with a Venetian mask to top it all off. So, at this point, I already know I am in for a treat before I also see that they are using MAX/MSP (a programming language used for audio, video and other media), so this is just getting better and better.

The actual performance was both incredible and strange in equal measures. Slow Knife move through eccentric pathways, at times displaying a punk quality and then a more laid back vibe verging more towards an experimental chamber, baroque act. The drums provided the music’s foundation, with the saxophone sitting on top and leading through dissonant routes, while the harmonium exploded the textural background and the theremin shined through its piercing quality. The vocals were entirely comprised of spoken word passages with the singer having to read through prints at the time (it would have been impressive if he managed otherwise), arriving with conviction and a fiery delivery while the video on the background provided a loose narrative. Slow Knife are an interesting act to watch with a very off-kilter viewpoint. 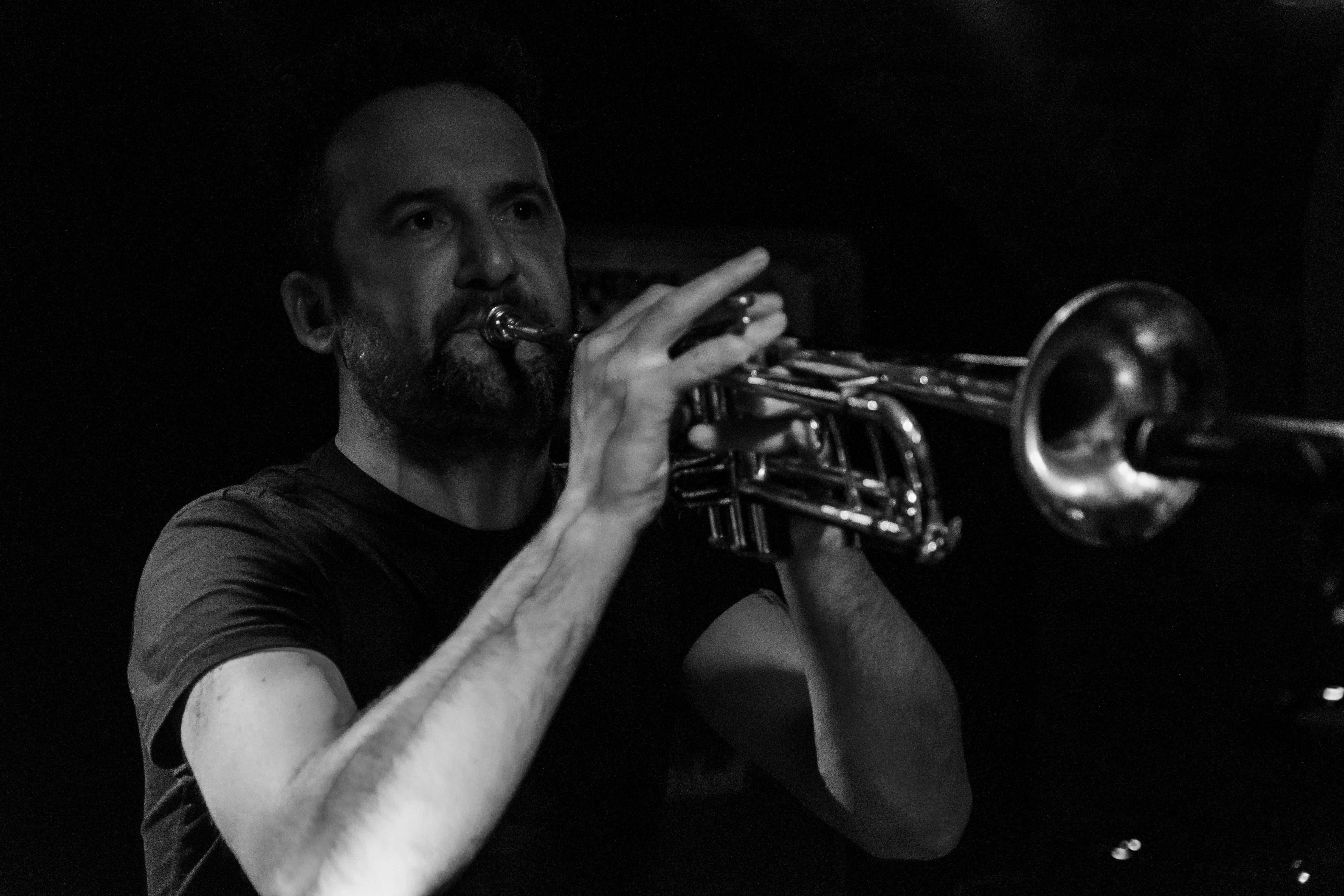 But then it was the time of the headliners. Teeth of the Sea arrived on stage around 21.15, without a drummer, following Mat Colegate’s departure in 2017, the trio took its place with Mike Bourne behind a plethora of synths and electronics, guitarist Jimmy Martin with his flying-V and Sam Burton alternating between bass and trumpet. The band opens the set in cinematic fashion with “Our Love Can Destroy This Whole Fucking World” as serene synths and sparse percussive elements fill the walls of the venue and then it was time for takeoff as they unleashed the absolute opus that is Wraith‘s closer “Gladiators Ready”.

The heavy techno infused progression of the track met with the huge bass lines and the guitar leaks to create a moment of pure electronic bliss. It is a testament to the ability of Teeth of the Sea to create such a diverse sound and execute it to perfection. This openness to different sounds and influences also leaks into the trio’s live performance, and their set kept transforming from one track to the next. 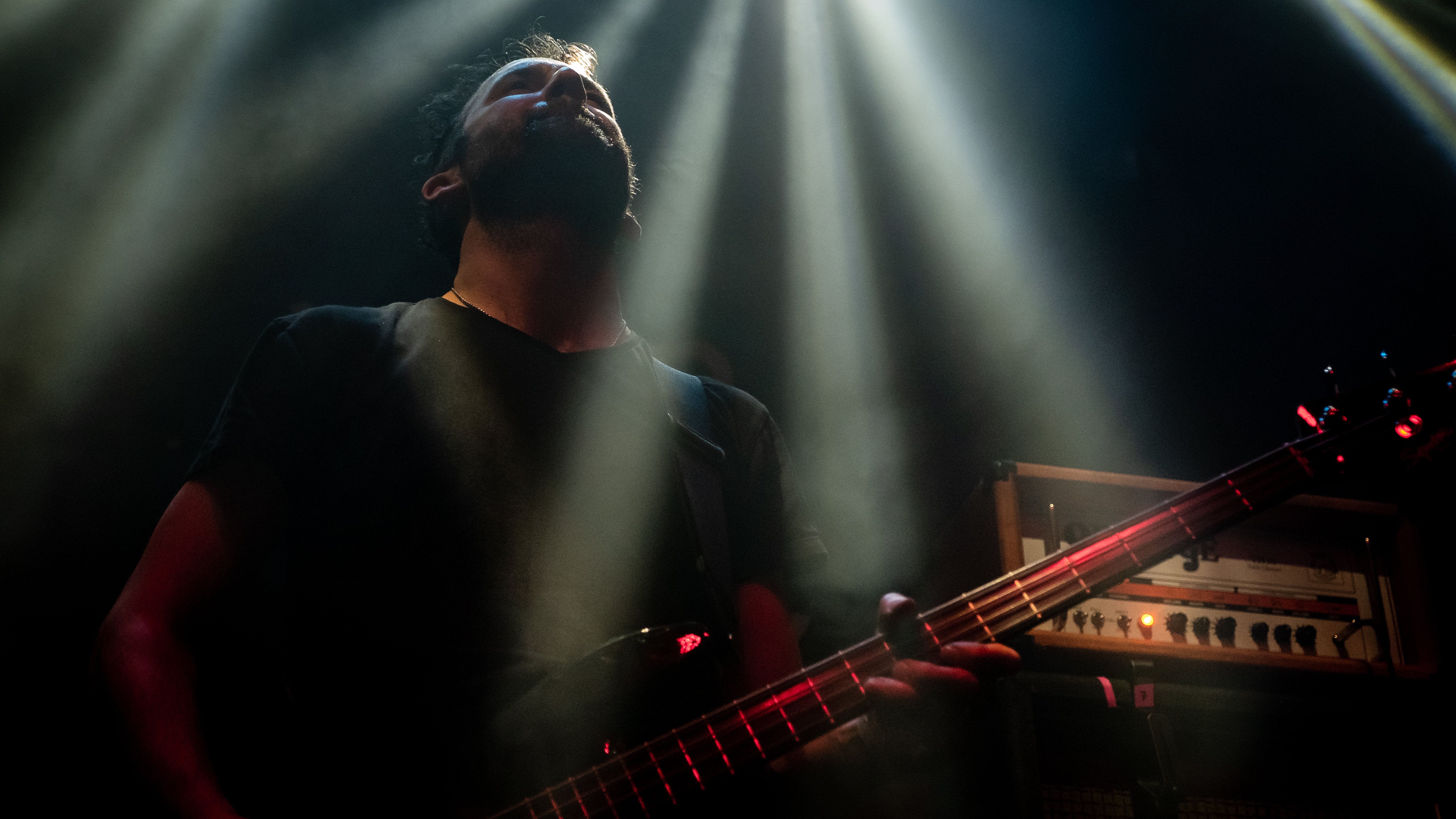 There were times when it felt as if this was a rave, with the band relying mostly on their electronic components as if they were improvisationally DJing, with tracks like “VISITOR”. And then this feeling would utterly change, as the focus shifted towards Burton’s trumpet, which unleashed some beautiful, noir-esque moments with “Hiraeth” and its moving melodies. In turn, these would, of course, further transform and start exploring an almost free-jazz performance.

Then of course, Martin’s presence and his magnificent and precise execution would mutate Teeth of the Sea again, making them appear as a technical progressive rock act. Endless guitar exploration would ensue, from standard shredding all the way to placing a beer bottle over the strings and investigating the resulting timbre. It was a total blast, and it showed their aptitude when it comes to musicianship, with Bourne at times taking over the bass so Burton could focus on the trumpet, and Martin performing on synths and guitar. It was a performance that completely solidified the quality of their latest work, and one of the best I have seen lately. 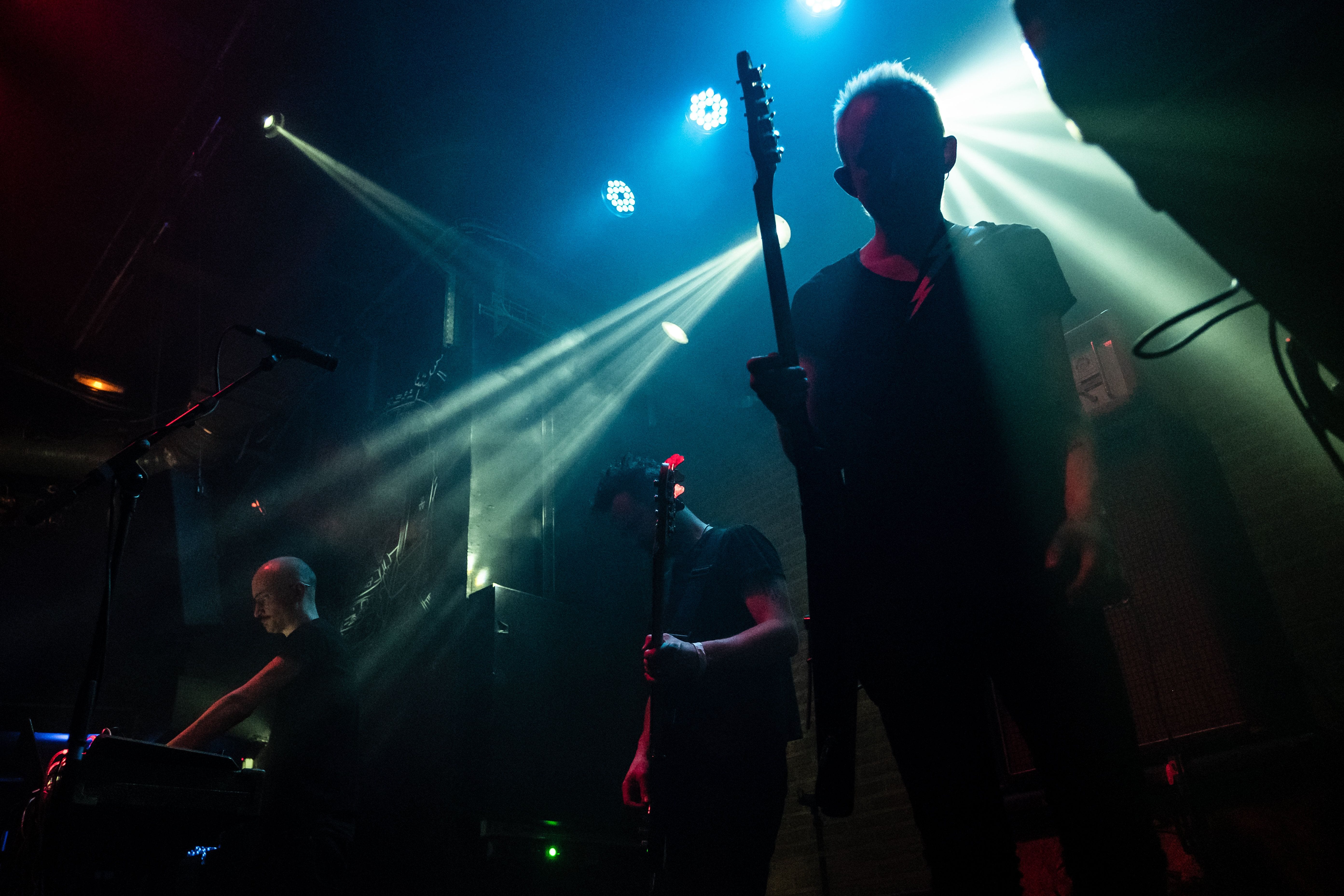 The band will be performing at the Science Museum in London for a special event, scoring live the Smithsonian Channel’s new series ‘Apollo’s Moon Shot’.