It was a season so front loaded that, by August, audiences had already forgotten it was supposed to be a Summer of popcorn fun. Things really did fade fast after Avengers: Age of Ultron and Jurassic World promised a billion-dollar payoff at the box office. Of course, both film did breakthrough to that new blockbuster barrier, but did so not with superior filmmaking and entertainment value, but with a renewed focus on the foreign markets. Instead of providing outstanding creativity, Hollywood has just perfected the art of selling eye candy to the world.

This doesn’t mean that there weren’t great films this summer. It just means that the mediocrity outshined the few masterworks. It was the same with the worst. Something like The Gallows should definitely be present here, but a choice like that (lame found footage horror film) would be like celebrating one of those fish that we always seem to be hunting in barrels. Instead, the 11 films below (an honorary mention and choice of five for both categories) were a true test of filmmaking tolerances. Both pro and con, they all wanted to be part of your May to August fun. Some were. Most weren’t. 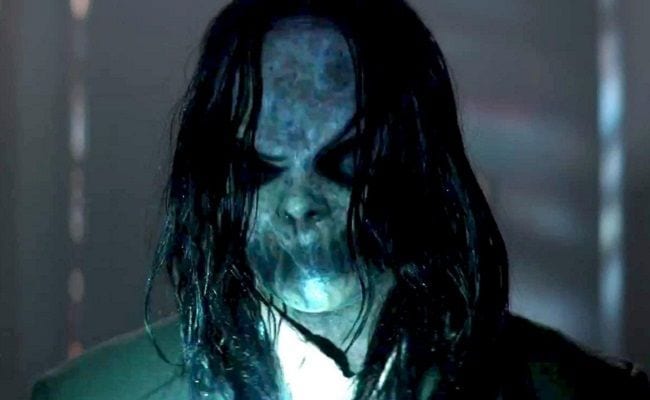 The first film had one undeniably creepy thing — and no, it’s not Ethan Hawke during his experimental, indie horror phase. Instead, the original effort got a lot of mileage out of those incredibly creepy Super 8 films, the old technology delivering more shivers than the Insane Clown Posse-looking monster. Well guess what? Said juggalo is the main focus of the sequel, an experiment in exposition mixed with some twin cliches, all to create a backstory for our bad guy. As a result, the focus on establishing Bughuul turns everything else into an afterthought — a boring, uninvolving, and definitely not scary afterthought.

While not the worst movie in Adam Sandler’s shameful career, this movie earns a spot on this list for one important reason – the short film that inspired it. Hollywood can turn any half-baked idea into hack work. What they rarely do is turn something amazing into something this average. The idea of aliens adopting old arcade game methods as a means of taking over the planet is loaded with potential. This movie just pissed it away by tried to shoehorn it into yet another example of the comedian’s fading arrested adolescence. When Josh Gad and Peter Dinklage can’t save your effort from being mediocre crap, it’s time to quit.

Arnold is back and it wasn’t worth the wait. Regaining his role from the CG mess that was Terminator: Salvation, the aging action icon does some of his best work in years. So why is this film on the list? Because it decided to replace Linda Hamilton and Michael Biehn with some of the most miscast actors in history, and the movie never recovers. If you’re going to have a narrative which encapsulates parts of James Cameron’s original one-two punch, you better be as smart and as cinematically savvy as the man who owns the billion dollar movie club. Nobody here was.

In one of those obvious cases where the backstage drama was/is more interesting than anything happening on screen, the makers of this Marvel misstep learned nothing from their namesake’s success. Without a Kevin Feige to keep things in check, a stupid idea (the Four as adolescents), an even dumber approach (bifurcated by the studio’s need for a “origin” story), and a lot of post-production interference guaranteed Catwoman and Howard the Duck had a new member in their “Worst of” club. And then the name calling and finger pointing in the press began. Not even the international box office responded. What does that tell you?

Where do we begin with this unqualified disaster? The premise had so much promise. Revisiting the Griswolds decades later, watching Rusty try and convince his family that a trip similar to the one he took as a kid will bring them closer together, the epic road journey undermining them at every turn? What could go wrong? Well, the casting for one. Ed Helms is decent. Everyone else shouldn’t have bothered. Not even a “bulging” Chris Hemsworth in non-Thor mode can entice us back for another ridiculous reboot. Somewhere, John Hughes and Harold Ramis are sharing a laugh together. It’s more than the audience does.

You know the old cliche, the bigger they are, the harder they fall? Well, that massive, Earth rattling thud you heard at the beginning of the summer season was Sony unloading this hacked email horror show on unsuspecting audiences around the world. Remember this, Cameron Crowe has an Oscar (for Almost Famous) and two other nominations (for Jerry Maguire). Apparently, after helping Tom Cruise remake Open Your Eyes, his ability to be a viable cinematic voice just got up and walked out of the writer’s room. Since then, his work has become questionable at best (Elizabethtown, We Bought a Zoo) and awful, as in this racially insensitive ode to our island state. 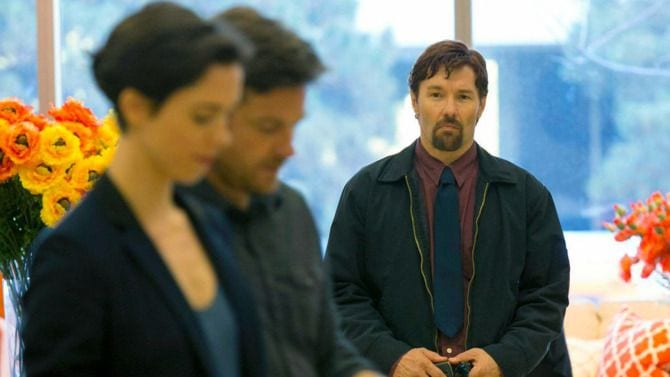 Who knew Joel Edgerton had such lofty aspirations? Looking over his career resume, we can see a couple of screenwriting credits (The Pitch, The Square, The Rover) but those efforts barely suggest the budding Hitchcock who stepped up to star and direct here. Using a contemporary hot button topic, bullying, and retrofitting it to adults living desperate lives, we learn that the deeds of the past can come back to haunt you. We also see how some evils are more subtle and sickening than more obvious acts of aggression. While Edgerton is the “weirdo” in this tale, it is Jason Bateman’s unapologetic jerk that argues for true brutality.

So what if the third act falls victim to some of the RomCom contrivances the movie has spent the previous 90 minutes reinventing? Few films have captured a comedian’s comic voice better than this one, and it makes sense. Star Amy Schumer wrote the script, turning her already established persona on its head to play the “bro” to Bill Hader’s far more sensitive orthopedic surgeon. Her ‘devil don’t give a snit’ attitude may borrow heavily from a couple of absolutely fabulous gals, but Schumer makes the excess her own. Besides, who knew LeBron James could be funny? Such stunt casting is critical to the film’s success, and it works.

Pixar’s place in animation history is already secure. They practically invented the CG cartoon, and with every effort, pushes the envelope of what can and cannot work in a family film. In this case, the confused state of pre-teen emotions filtered through a cinematic symbolism results in the kind of coming of age that rarely makes it to the big screen. Instead of showing the angst that comes with getting older (and being relocated, and feeling misunderstood), this movie explains it, literally going inside the head of a pre-teen struggling with identity to explain, and entertain. Another home run for a company used to them.

Brian Wilson’s brilliance remains unquestioned. Just listen to a Beach Boy’s classic like “Don’t Worry, Baby” or Pet Sounds and you’ll immediately realize why. His mental breakdown and eventual exile are not so understandable, but this stunning biopic does an amazing job of seeking answers. Paul Dano is a dead ringer for the younger Brian, but it’s John Cusack’s mentally confused middle-aged musician that turns what could have been grandstanding into something more nuanced, and knowing. In combination, along with director Bill Pohland period piece precision, we end up with one of the best explanations of his break with reality ever. And that music…

They say the more things change, the more they stay the same. In this case, the legacy of N.W.A. ties so well into the current crop of #BlackLivesMatter tragedies that we aren’t sure if we’re watching footage from 1988, or 2015. The anti-gang mandates of the era mimic the present police state mentality so well that we need the group’s amazing music — and it is, without a doubt, some of the most groundbreaking in all of rap — to remind us of where we are. If there is any justice, this film will earn an Oscar nomination for Best Picture — “justice” being the key word.

When film fans ask why they don’t make them like they used to, George Miller’s masterpiece to singular directorial vision should be used as a reminder that, in rare cases, with a studio reluctant to provide the proper support, they do. And then some. This is pure cinematic bravado filtered through one man’s amazing decision to reboot his original auteur calling card. You will not find another movie in 2015 – nay, in the last five years – which was as magical and meaningful as the Australian genius’s genuine expression of craft. It’s flawless. It’s insane. And we won’t see its likes again for a very long time.