Indie rock may be one of the most fluid and intangible terms currently imposed upon musicians. It holds no real indication of what the music will sound like and many of the artists aren’t even independent. But more than a sonic indicator, indie rock represents a spirit. It’s a spirit found where folk songsters and punk rockers come together to dialogue about what they’re fed up with in mainstream culture. In so doing they uplift each other and celebrate each other’s unique qualities.

With that in mind, our list of 2017’s best indie rock albums ranges from melancholy to upbeat, defiant to uplifting, serious to seriously goofy. As always, it’s hard to pick the best ten albums that represent the year, especially in such a broad category. Artists like King Gizzard & the Lizard Wizard had a heck of a year, putting out four albums. Although they might fit nicer in progressive rock than here. Artists like Father John Misty don’t quite fit the indie rock mold in our estimation. Foxygen, Mackenzie Keefe, Broken Social Scene, Sorority Noise, Sheer Mag… this list of excellent bands that had worthy cuts this year goes on. But ultimately, here are the ten we deemed most worthy of recognition in 2017. 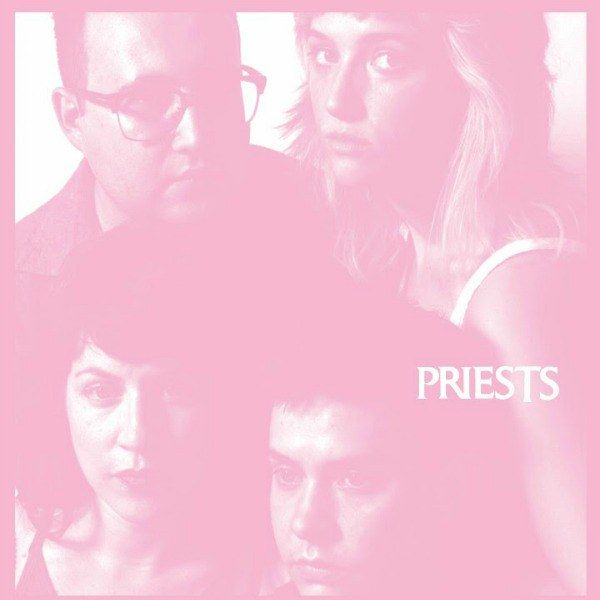 From the moment the barreling drum beat kicks off Priests’ debut full-length album you know: this is some capital-P Punk Rock. Vocalist Katie Alan Greer begins the album with the question-that-isn’t-really-a-question, “You want some new brutalism? You want something you can write home about?” The answer is yes, of course, and the band delivers in spades. Pounding drums, driving basslines, wild, frantic vocal delivery, and over-effected dissonant guitar parts — Nothing Feels Natural has all of the trappings of great punk music, equal parts hardcore, surf-punk, and new-wave. It might be called Nothing Feels Natural, but that’s a not accurate, because this debut feels just right. –– Dan Kok

Goths is the first Mountain Goats album to be completely devoid of acoustic or electric guitars. It’s an album about wearing all black to mid-afternoon warehouse shows, dark, drug fueled nightclubs, and hardcore elitism. And it has no guitars. Of course, John Darnielle’s tremendous songwriting makes it work better than it would with guitars. The smooth, calm horns and electric piano enhance the juxtaposition of adulthood and youth, of internal identity and external presentation, of mainstream popularity and self-fulfillment. Darnielle’s writing is as dense and evocative as ever and works well with the jazz and soul instrumentals. Goths is an album of subtle conflict and quiet rebellion, an ode to the darkness from an artist who has accepted his place outside of it. The refrain on “The Grey King and the Silver Flame Attunement” perhaps sums up the album’s thematic material best as Darnielle sings, “I’m pretty hardcore, but I’m not that hardcore.” — Dan Kok

The National’s newest release is as bleak as the album cover suggests. Seven records into their career, Matt Berninger and company are mature, polished, and at their strongest. Largely an album about a relationship falling apart, The National accentuate the distance with melancholy droning synths and electronic beats, while Berninger’s slow and deliberate delivery (see “Empire Line”) allows for contemplation of every word and feeling. Like so much of 2017’s music, there are also political undertones, as on “Turtleneck” when Berninger sarcastically offers, “This must be the genius we’ve been waiting years for / Oh, no”. Although it may be difficult to grasp through the murky music and somber mood, The National offer hope for the future and urge us not to sleep through the hard times, but to do our best for the next generation. — Chris Thiessen 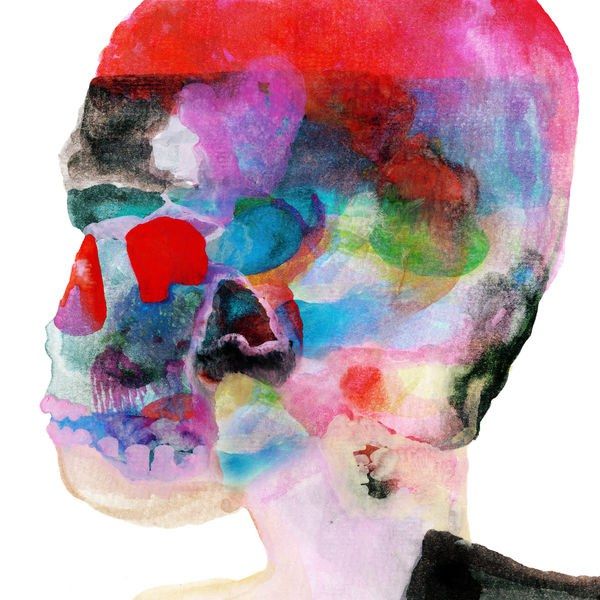 The title track of Spoon’s ninth LP features one of the best instrumental hooks of 2017 with its chiming bells and swooping strings swirling around a descending guitar riff. And that’s just the beginning of Hot Thoughts. What follows is a sexy record that dances and grooves through a musical conglomeration of faux-Brit rock, synth pop, jazz, disco, and anything else that makes you move. While many indie rockers are feeling down in 2017 (isn’t everyone?), Spoon stood tall (or rather danced), declaring, “Let them build a wall around us / I don’t care / I’m gonna tear it down / It’s just bricks and ill intentions / They don’t stand a chance / I’ll tear it down”. Even if the walls are just taken metaphorically as the sadness, frustration, or whatever holds us back in life, Spoon have provided an album in Hot Thoughts to help break on through to the other side. — Chris Thiessen

One of the best debuts of the year, Guppy is 30 minutes jam-packed with fuzzy guitar riffs and honey-sweet melodies. Frontwoman Eva Hendricks’ bubbly cartoon voice is irresistible as she ironically tackles death, heartbreak, and the uncertainty of being a 20-something in today’s world, like on “DQ” where she realizes in the craziness of life moving too fast, she’s “gonna end up working at Dairy Quee..” There’s humor and sadness, love and heartbreak throughout over tracks that will make you nostalgic for early Weezer and the best power pop of the ’90s. The emotional duality found in Guppy‘s music and lyrics effectively gives a voice the inquisitive young generation of 2017, seeking happiness when it’s hard to find. — Chris Thiessen

Big Thief came out of the gate in 2016 with their undeniably strong debut album, Masterpiece, but somehow managed to outdo themselves in just over a year. Capacity has all of the jangly guitars and raw emotion of its predecessor and offers even more. The inclusion of more piano and acoustic guitar adds new depth and complexity and Adrianne Lenker’s emotive and narrative songwriting is even more prominent. She creates many illuminating moments throughout the album, from the deep, whispery chorus of “Pretty Things” to the melodic fluidity of the title track to the brilliant, unending snowball chorus of “Mary”. Capacity features well-executed indie rock sounds and some truly stunning songwriting. — Dan Kok

John Dwyer’s variously named, 20-year-running, garage rock project currently called “Oh Sees” have put out an average of an album a year since 1997. What’s truly impressive about that number, though, is that each album is unique from the other. They’ve done a rockabilly record, psych-folk, tinny sounding punk albums, and a groovy acid jazz-inspired album. The ability to keep the sound rotating but keeping many of the same elements is what makes Orc a success.

The production is cleaner than a lot of previous, über lo-fi Oh Sees albums and the songs are overall way more streamlined and accessible, but they don’t sacrifice oddity for accessibility. They just build the songs around tight riffs and engaging soundscapes and then stretch them and manipulate them. Orc is Oh Sees psychedelic jam-rock album, for lack of a better term. At about 50 minutes, Orc’s runtime is over 50 percent instrumental, usually dominated by a looping theme for minutes on end. They manage to cram a lot of depth and interest in those musical sections, though, and the result is an album you want to listen to over and over again. — Dan Kok

3. The War on Drugs – A Deeper Understanding (Atlantic)

Adam Granduciel’s group of heartland rockers has an absolute melting pot of sounds, textures, and influences up their sleeves that mesh together on A Deeper Understanding to create a nostalgic journey of synth-rock, psychedelia, and Petty-esque Americana. Nothing about this album is flashy, grandiose or indulgent, as one might expect when the average track runtime is above six minutes, peaking with the 11-minute “Thinking of a Place”. Instead, the album is immersive and excursive. Granduciel’s breathy Dylan-like vocals float yearningly above vast soundscapes of expertly textured guitar solos and shimmering synths that transcend time and trend. — Chris Thiessen

Crack-Up is a jarring journey from beginning to end and definitely Fleet Foxes’ most experimental to date. The opening trio of “I Am All That I Need / Arroyo Seco / Thumbprint Scar” foreshadows what’s to follow with its explosively dynamic interpolation of whisper and thunder. Their vocal harmony hearkens back to the older tradition of Simon & Garfunkel, while their overall instrumentation and production effortlessly transports to a place both fantastical and yet familiar.
But if Crack-Up sounds otherworldly (or at least from a time long gone), Robin Pecknold’s poetic and picturesque struggles through today’s issues ranging from just plain old disappointments (“Fool’s Errand”) to police injustices (“Cassius, -“) squarely grounds us on planet Earth in 2017. Luckily, they deliver the most tenderly heartwarming song of the year, “If You Need to, Keep Time on Me”, to help us all through. — Chris Thiessen 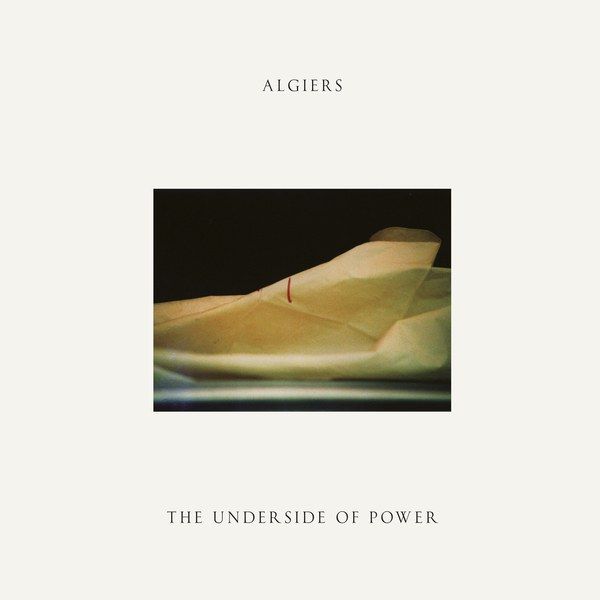 1. Algiers – The Underside of Power (Matador)

The Underside of Power, Algiers’ follow-up to their 2015 self-titled debut, is everything that debut promised and more. The album fine tunes the balance between their dark, post-punk sounds and their soul and gospel groove. The group truly turns the post-punk genre on its head with double-time rhythms, bass grooves, and soulful vocals that come together like an AME church service in the Blade Runner universe. Vocalist Franklin James Fisher sings throughout the album about rising up, upsetting established power structures. It’s brimming with political fire and rage that’s tempered just enough with hope and youthful energy. The combination of elements is dense and seamless and reveals more with each listen and takes on new meaning. The Underside of Power is an album of resistance music and music for the people into the tradition of soul, folk, and punk. This album stands as one of the most unique and powerful examples of protest music in recent memory. – Dan Kok