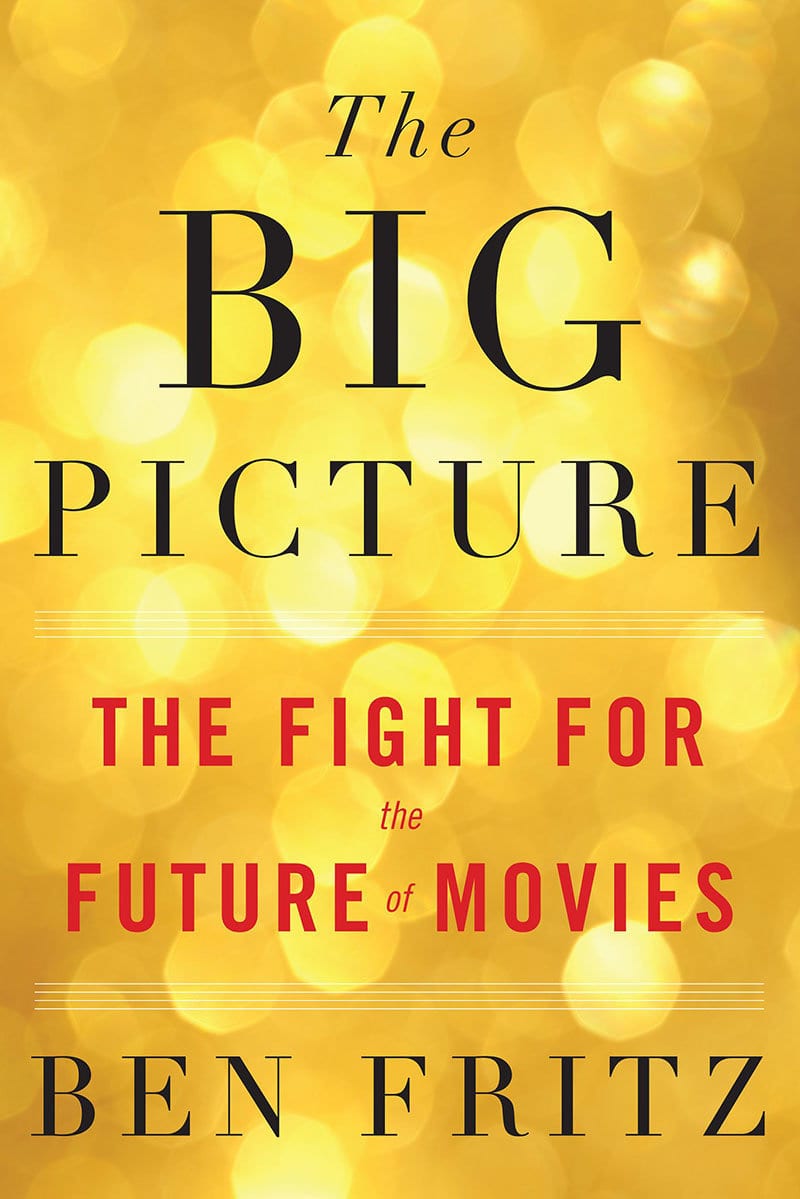 The Big Picture: The Fight for the Future of Movies
Ben Fritz
Houghton Mifflin Harcourt

Both the promise and the difficulty of film journalist Ben Fritz’s new book lie in its scope. The Big Picture flows from topic to topic like a state-of-the-industry address, recounting developments like Disney’s box office hegemony, China’s growing influence over Hollywood blockbusters, and Netflix’s seemingly bottomless coffers and ambitions. Fritz, a Wall Street Journal reporter, conveys not only what the film industry has become in the age of streaming services and cinematic universes but also what it’s lost: original storytelling, the dominance of stars and studio executives, and the middle brow’s migration to the small screen.

Brief but not brisk, The Big Picture explains how we got here with a generalist’s vision and a crack reporter’s execution. Here, being epitomized by questions like, why does Avengers: Infinity War being 2018’s most-seen film feel not like a gamble, but a complete and total inevitability? Is Infinity War a compelling, standalone story, or an exercise in episodic branding that’s reached its latest zenith? If you’re a cinema devotee who’s upset or weary with that state of affairs, check your inner art critic at the door of The Big Picture. Fritz aims to apprise readers on film as a business first, second and last, as evidenced by the closest thing the book has to a protagonist: former Sony Pictures mastermind Amy Pascal.

Fritz strings the narrative of Sony Pictures’ decline through his book as a chosen exhibit for how the industry shifted in the 2010s. It’s a smartly selected bonding agent for a book that could be as scattered as, well, the story in Avengers: Infinity War. While taking care not to broach excessive personal details, Fritz reveals Pascal’s almost existential frustrations with her job through the correspondences made public in the 2014 Sony hack. In the half-decade before the email breach, Pascal’s movie studio went from running on her good taste and sound judgement (“the Amy factor”, observers called it) to showing her the door in 2015. In the emails Fritz highlights, Pascal is seen struggling to come to grips with most every topic the author discusses in the surrounding chapters. Chiefly, she failed to keep up with competing studios that had recalibrated their business around intellectual property tentpoles. Slowly but surely, Pascal was left holding the other parts of the tent: failures that burned through budgets and successes whose one-off profits looked like obsolete pittance next to a cinematic universe calendar built to deliver over and over again.

It’s on this idea of intellectual property’s dominance that Fritz makes his book’s most compelling observation. He argues fans of film universes like Marvel and Star Wars are almost obligated to be fans of the corresponding movies. It’s the delivery system for their fandom’s flagship content. That the medium is cinema is almost incidental in this moment. If some critics and moviegoers are prickly about Infinity War having too many different character obligations to resemble a traditional film, well, the billion-dollar bottomline is that it doesn’t have to.

There are no logical flaws in Fritz’s argument that Disney has instituted a seemingly iron-clad financial strategy in buying up Marvel, Lucasfilm, and setting out to remake animated hits like Beauty and the Beast and The Jungle Book. More than any other major studio, it’s banished auteurs and movie stars from among the most important players in the business to riders on a wave of pre-existing characters and worlds. The Big Picture cycles through mountains of evidence to this effect, and it’s incumbent on readers who feel like their favorite films or film genres are dead horses still being beaten not to take it out on Fritz. Yes, it’s tough to read someone tell you for 40 pages why the great big-screen achievements and original stories of even a year as recent as 2007 are long shots for getting made today. Fritz is certainly aware of that possible angst and counters with a constant, low-frequency optimism. Original stories aren’t dead; they’re just nomadic right now.

“As long as we’re getting great visual stories, with the option to watch them on screens big and small and enough variety to satisfy fans of Iron Man and Almodovar, how could we possibly complain?” Fritz opines in the final stanzas of his book.

Yet the author’s reticence to step back and broach some hypotheticals does leave thought-provoking stones unturned. For a whole chapter, Fritz details the rise and fall of Will Smith and Adam Sandler’s time as Sony’s golden geese: from the financial and pop-cultural excitement of Big Daddy and Independence Day to the bitter opposite in Pixels and Concussion 20 years later. “You can’t reboot a movie star,” Fritz quotes Pascal as writing in one of her leaked emails, frustrated over the fact that humans don’t work like Spider-man. While that fall from profitability fits snugly into his narrative, there’s no discussion of the fact that around the same time as both actors stopped being reliable hitmakers, they both approached 50 years old and started spearheading markedly worse work.

It’s on these subjects pertaining to films’ quality and relevance, and the modern moviegoer’s ability to sense those factors where The Big Picture starts to feel averse to exploration. The author spends just a single sentence about the stars of this generation having inconsistent box office records. A better question than why flops like After Earth didn’t find success is, who is the new generation’s Will Smith? If there are no replacements for the New Hollywood stars now firmly in middle age and not as bankable as they once were, thanks to age (and gender) discrimination, then why is that? Are the newcomers in filmmaking more interested in YouTube videos than movies? Are people not interested in movie stars anymore, or have the opportunities to become a movie star dried up?

Even a little subjectivity and speculation would’ve breathed some life into a sometimes bloodless read, which can feel like it’s ticking boxes on the way to its end. Meet Kevin Feige. Meet Bob Iger. Welcome to Amazon Studios. The repeated rhythms of introducing the reader to the next film executive or super-producer who will make a new chapter’s point grows tedious.

Unsurprisingly, it’s the sections that focus on movies as pure product that really land. Fritz’s reporting on China proves particularly enlightening, examining the evolution of IMAX from a technology most used for documentary screenings at zoos in the ’90s to a premium theatrical experience booming in Asia. The lucrative but unpredictable relationship between Hollywood studios and the Chinese government fascinates. Movies are a valuable export for Hollywood, but importing narrative experiences isn’t the same as cars or clothes. The Chinese government often makes the occasional wild demand, like forcing American films to open on the same weekend or ascribing tickets sales from a Hollywood film to a Chinese original whose gross the country wants to inflate.

In attempting to wrap its arms around an entire entertainment sphere, The Big Picture is a fundamentally, and perhaps necessarily, imperfect catch-up about an industry that’s rapidly secularizing. Or, quite possibly, that secularization is already here. Not so long ago, Pascal would quip about looking to the “movie gods” in the hopes her diverse, mid-budget film slates would click with audiences. But even casual faith is no currency in the age of statistical models and cinematic universe calendars that gaze into future decades. A great American pastime has been subsumed by Moneyball tactics. That adaptation makes for an interesting story; just don’t expect 2018’s Hollywood to make a movie about it.