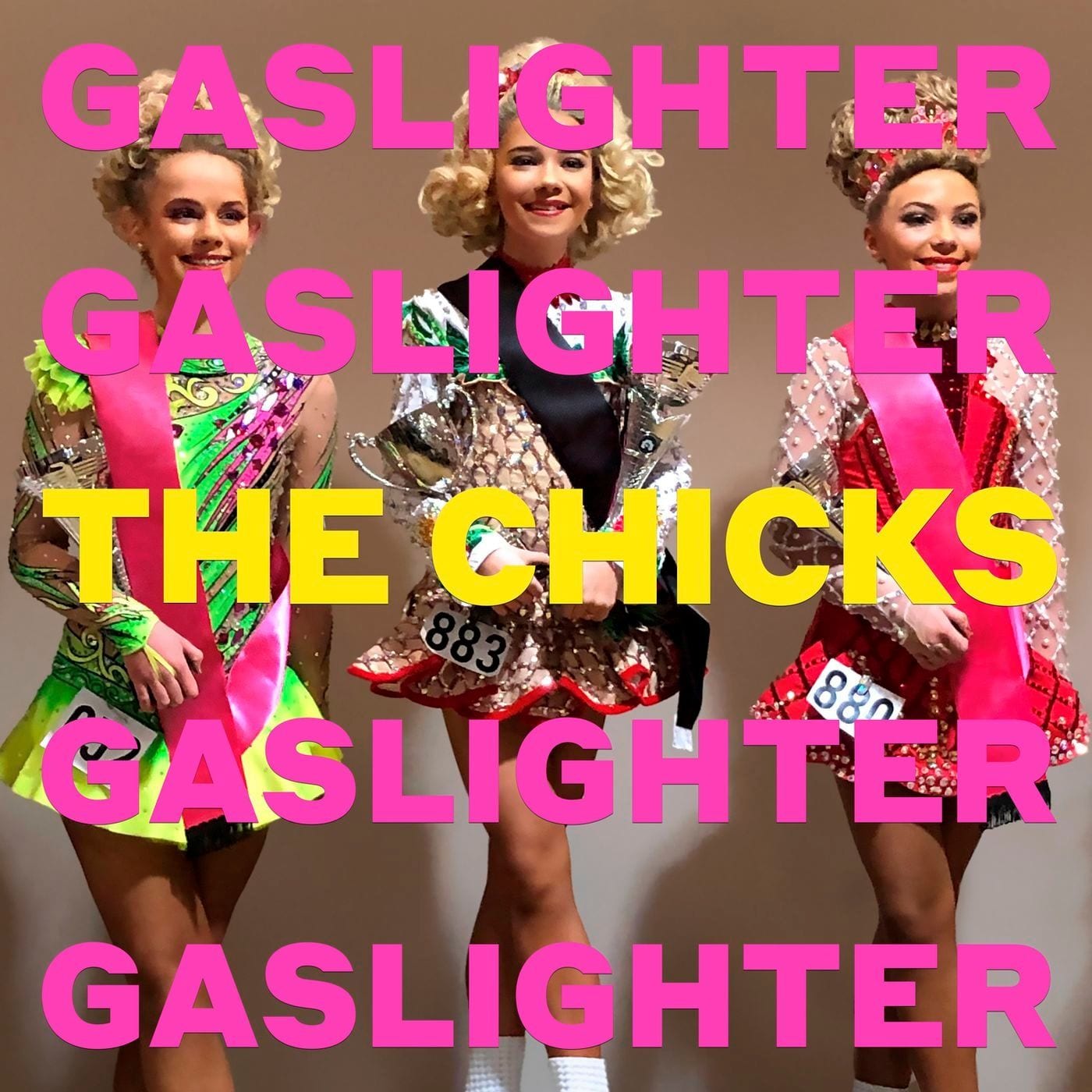 It’s not a comeback album. It’s certainly not a reinvention album. Gaslighter, by the Chicks (formerly the Dixie Chicks), is an album capturing a breaking point. After listening to the Black Lives Matter movement, the group dropped ‘Dixie’ from their name to disassociate from the racist ideology of the Antebellum South. In this way, the Chicks centralize their agency as musicians, individuals, and members of society.

Gaslighter signifies a reclamation of the gilded cultural space the Chicks constructed for themselves and continue to occupy despite their 14-year hiatus. Teaming up with Jack Antonoff (Taylor Swift, Lorde, Lana Del Rey), Gaslighter reaffirms the Chick’s ability to traipse the overlap between pop and country music. Their depiction of acrimony is the quintessential country narrative underscored by Emily Strayer’s banjo, Martie Maguire’s fiddle, and Natalie Maines’ twang. Musically, the album reveals notes of R&B, gospel, and indie rock. “Texas Man” is the closest red-dirt contender, but thanks to Annie Clark, aka St. Vincent’s woozy guitar-riffs reconstructs an absolutist understanding of country music. The vocal harmonies throughout Gaslighter are explosive, situating the Chicks as tender and furious yet decidedly self-assured.

The opening title track reflects Maines’ divorce from actor Adrian Pasdar and the emotional abuse she endured during the relationship. “Gaslighter” is an earnest portrayal of a toxic marriage ending in emotional destruction. The track nevertheless rejects victimization. Maines expresses her standpoint as the Chicks call out scumbags for what they are, “a lie-lie-lie-liar”. The Chicks are not mincing words, not like they ever did.

Maines isn’t alone as Strayer and Maguire also experienced devastating divorces. But Gaslighter finds them at different emotional places than Maines. “My Best Friend’s Weddings”, plural intended, depicts Maguire’s first and second weddings. Watching Maguire “never looking more happy”, Maines concludes, “guess from ashes we can really grow”. A statement as much for herself as for her audience. The emblazoned female collectivity is truly subversive in the face of the music industry’s affirmation of bro-culture.

Fury propels Gaslighter. “Tights on My Boat” is an epic jettisoning of toxicity, abuse, and violence. Even with Strayer’s jaunty banjo, the anger is palpable, especially when Maines sings, “I hope you die peacefully in your sleep.” She pauses to snicker, then recuperates with “just kidding — I hope it hurts like you hurt me”. Whereas the experience of discovering an adulterer on a private boat is not commonplace, the consequential rage is relatable. The Chicks join a powerful cadre of women performers, Beyonce, Adele, Dolly Parton, and even Kitty Wells, to just name a few, who value their fury. Their indignation creates empathy while having a little fun with the desire for revenge.

The Chicks strive for empowerment in “Julianna Calm Down”, co-written by Julia Michaels. Maines implores to “just put on, put on, put on your best shoes / And strut the fuck around like you have nothing to lose”. More, “Julianna Calm Down” considers the role of mothers in toxic relationships and the influence on their daughters. Indeed, the title’s Julianna is Strayer’s daughter, with the song later naming Macguire’s daughters “Eva, Katie, and Harper”, and their nieces. This is an open letter to women and girls attesting to ending the silence enshrouding toxicity.

The Chicks are not only worried about their daughters. “Young Man” speaks to Maines’ teenage sons who witnessed their father’s toxic masculinity. She pleads with them to create their own identities and unlearn his behavior. In the shadow of their parents’ chaos, she wants them to “leave the bad news behind you… And my blues aren’t your blues / It’s up to you.” Likewise, in “Sleep at Night”, the Chicks juxtapose the absurdity of speaking to their “husband’s girlfriend’s husband” against negative influence on “two boys trying to become men”. Both tracks settle on acknowledging the flawed, then charge towards fortitude.

The Chicks are determined to dismantle oppressive silence and encourage the restoration of one’s voice. In “Hope It’s Something Good”, they specifically mention “Highs and lows we fought our wars with silence / After so long I learned to hold my tongue / And now that you’re done I get to write this song.” It’s a sentiment revisited in “Everybody Loves You”. A Charlotte Lawrence cover, the lyrics contends with sexual assault: “It’s my body, and I’m trying to forgive you / I don’t want to / It’s my body, and it hates you, why does everybody love you?” Here the Chicks bring an astute #MeToo awareness to Gaslighter, demonstrating their shift away from rose-tinted revenge classics such as “Goodbye Earl“.

“For Her” delivers the album’s ultimate declaration: “Wish I could go back / And tell my younger self / You’re a fighter / You just don’t know it yet.” The intentionally obfuscated identity of ‘her’ leads to multiple readings. Perhaps this is Maines doubling down on her 2003 criticism of George W. Bush. Maybe it’s the validation of abuse survivors or the supportive statement of a parent to their child. Likely it’s all these. When coupled with “March, March“, the ‘her’ becomes society at large and all its dissenting voices. Written after the 2017 Women’s March in Washington D.C., the track demonstrates solidarity with the youth commandeering the contemporary social movements. The Chicks sanctify activists Emma Gonzales and Greta Thunberg while lamenting “watchin’ our youth solve our problems / I’ll follow them so who’s comin’ with me.” They regret seeing these young visionaries use their intelligence to fix the problems created by earlier generations. Despite this, the Chicks stand in solidarity and invite their audience to do the same.

Gaslighter is bold and incendiary, finding the Chicks reclaiming their relevance. Thankfully, the Chicks rejected silencing as Gaslighter reestablishes their penchant for vocalizing raw truths.