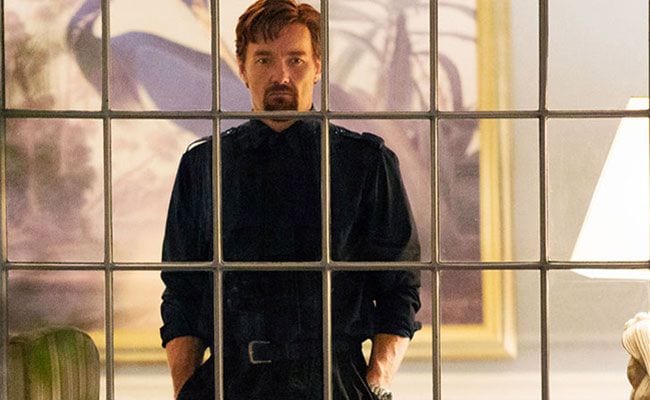 The Gift is that rarest of commodities: The thriller that actually thrills.

Jason Bateman stars with Rebecca Hall as Simon and Robyn, the idyllic couple that has just landed back on Simon’s home turf in California after some time in Chicago. They stumble on a gorgeous home and then, while out shopping for things to fill the house with, an old classmate of Simon’s stumbles upon them.

That guy, Gordon (or Gordo as Simon quickly calls him), remembers Simon much better than Simon seems to remember him, and the unlikely and mildly awkward encounter lasts just long enough that Gordon and Robyn have a chance to connect. She’s new to California and it’s obvious that he’s an outsider even in the place he seems to have called home for most of his life.

It’s an innocent enough moment and one of several in the film’s earliest moments that by itself doesn’t carry much menace. In fact, watching the picture for the first time, one might shift a little uncomfortably in their seat as they wait for something to happen. But not much of anything does. At least not at first.

Gordo drops by with a gift here and a gift there and then, during a drunken dinner with Robyn and Simon, he lets down his guard enough that he reveals that he’s a little more off kilter than either one of them thought. Robyn, to her credit, defends him, suggesting that he’s nice. Weird, but nice, the quirky person so many of us call neighbor. It’s not necessary for us to understand them in order to appreciate their kindness in times of need. And Gordo is there in times of need.

Until Simon decides that he’s had enough. He complains about this vestige of his past hanging about, argues that Gordo is just too weird to have around and, when Gordo invites the couple over for a dinner, the tenuous bands slip and Simon demands that Gordo leave well enough alone. Of course he takes it too far, playing a vulgar game with Robyn while his host excuses himself to attend to some private business. He appears to be overreacting, but just enough that we can hope that he reigns himself in once the stress of moving and the stress of this new/old stranger intruding on his life subsides.

Little is as it seems though. Robyn becomes curious as to why her husband continues to overreact to Simon’s overtures and Simon for his part seems to overreact, as well. And so she’s left to puzzle together what’s happened between these two men in the past that places them in such an antagonistic trajectory in the present. When she does and when the audience realizes (or thinks it realizes) what’s been going on, there’s not much to do but hope that it doesn’t come to a bloody end.

This is a scary film but it’s not an especially violent one, and maybe that makes it all the more terrifying: there’s no real resolution to the ugliness started so long ago and although we think we know where it’s all going it’s difficult to say exactly where it will all end. This is a story that at first demands patience and then demands even more from the audience as we want to find the most direct route to the answers. Who is it that we should sympathize with here? Who is the real bad guy? And who gets what they deserve?

Bateman turns in a pitch perfect performance as Simon, casting aside the natural likeableness that he’s carried with him though a large portion of his career. Perhaps that’s why we’re patient with the rumblings he makes early in the film. He’s demanding and narcissistic, but like a true narcissist he only shows those less desirable traits in moments of desperation, as when he’s cornered and left with little choice but to lash out.

Gordo (writer/director Joel Edgerton) also carries a likeability to him, even if we’re pained by his creepiness at times. Make no mistake about it, Gordo is the kind of guy you want to get away from at parties but you still feel bad about it. You know there’s nothing there you want to be close to and yet not wanting to be close to him feels shallow. Edgerton plays the role to the hilt, going toe-to-toe with Bateman in several scenes and even threatening to outshine him a time or two.

The ever-impressive Hall gives us another excellent performance, submersing herself into the role in the way that she has done virtually every time we’ve seen her on screen. She brings a depth an understanding to Robyn that some other actors might have overlooked. She’s friendly but naïve, forgiving but with deep moral convictions that truly show themselves in moments of crisis.

The writing and action brim with intelligence and once the viewer has caught on to where the story is really going (or where we think it’s really going) the excitement intensifies, making for a film that is just as fun to watch the second or third time as it is the first.

This DVD edition offers the rarest of commodities: extras that are not entirely limpid. The Special Features menu gives us a glimpse at an alternate ending, an examination of Bateman’s dark side in a featurette, deleted scenes, a second featurette on the fate of bullies and commentary from Edgerton.

Let’s we see these three (Bateman, Hall, Edgerton) work together in some capacity in the near future.