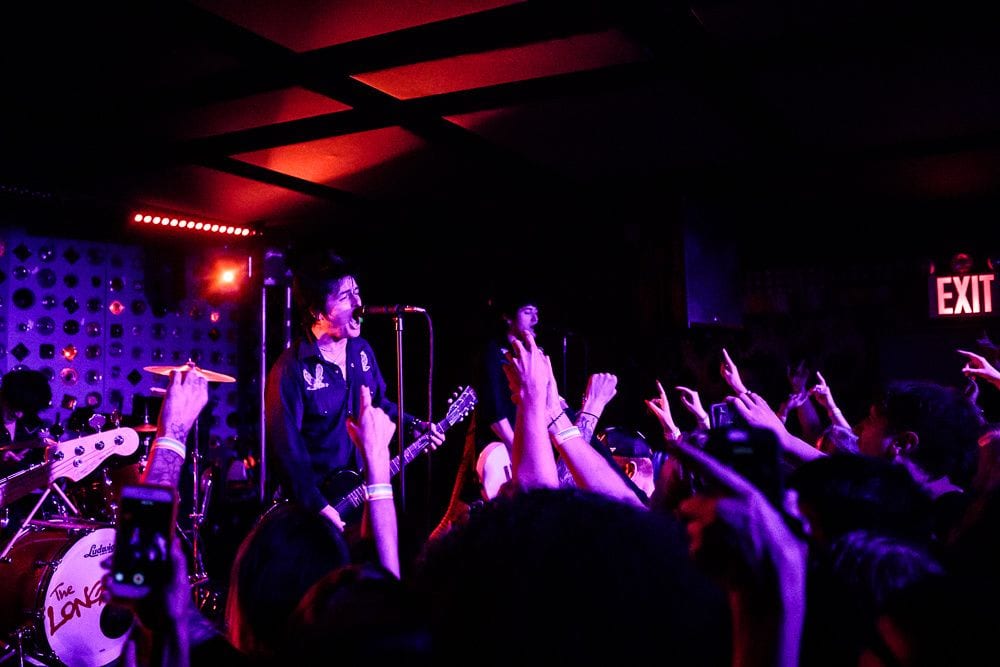 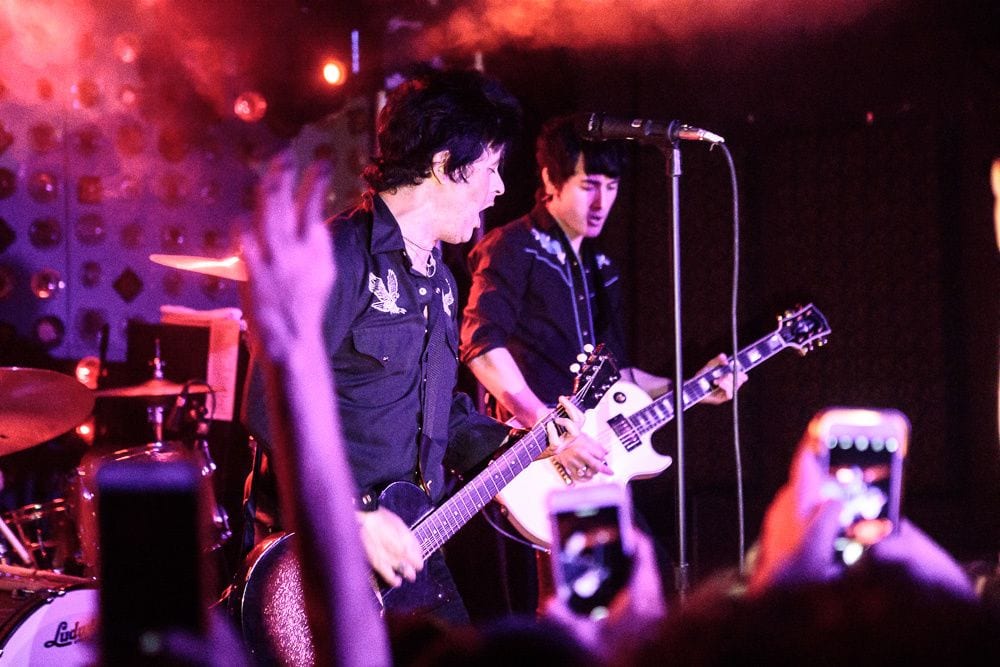 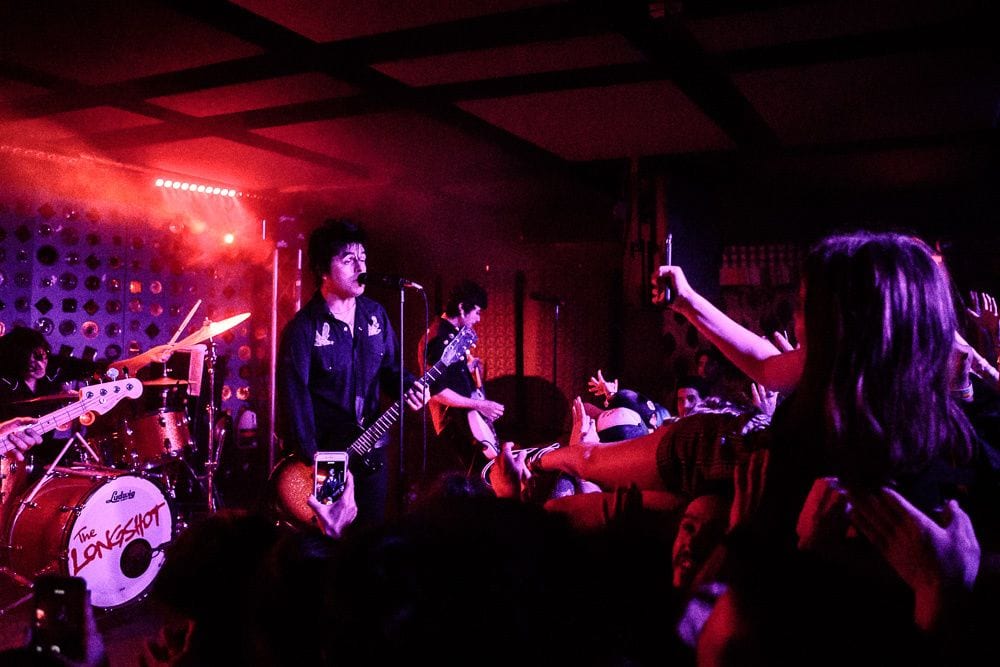 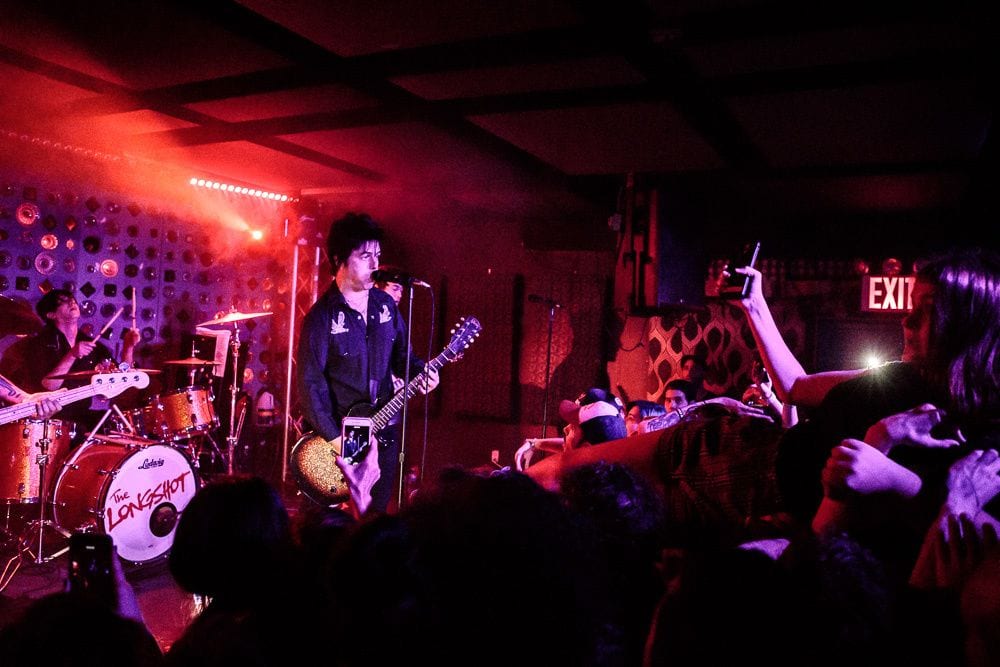 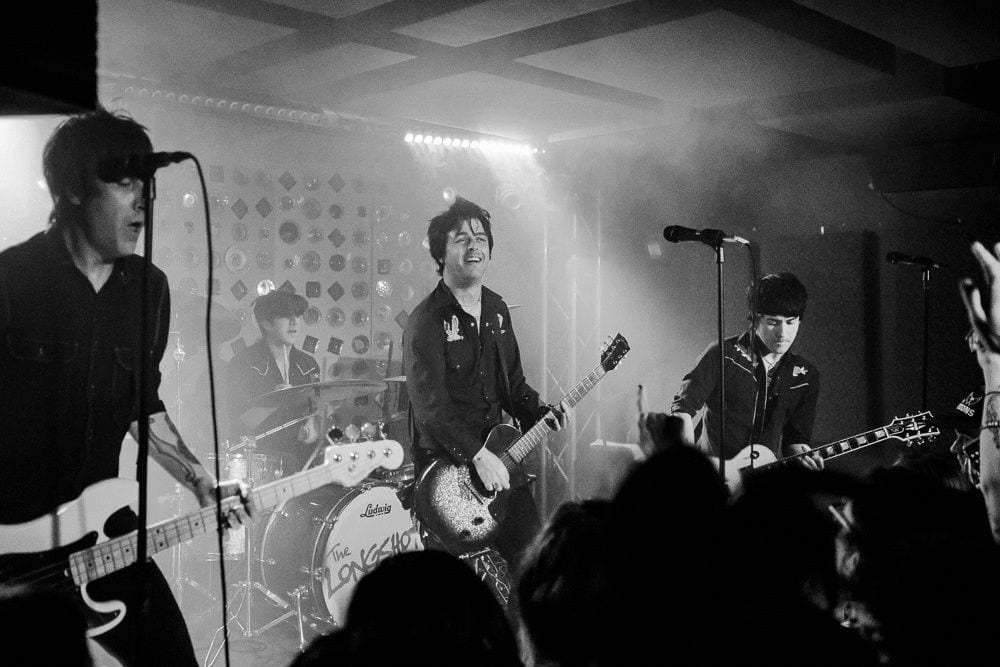 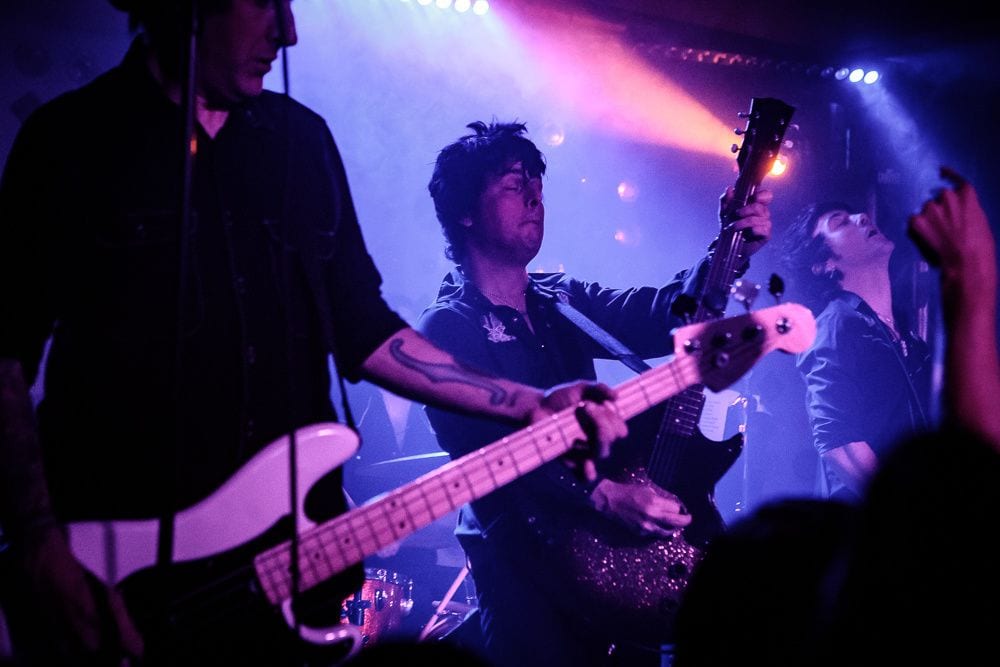 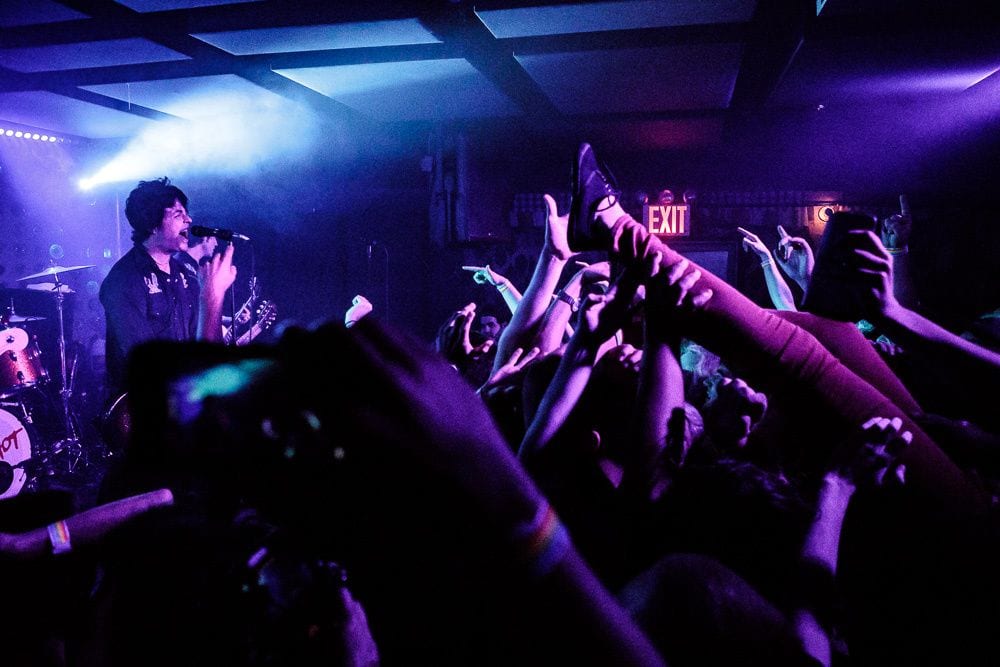 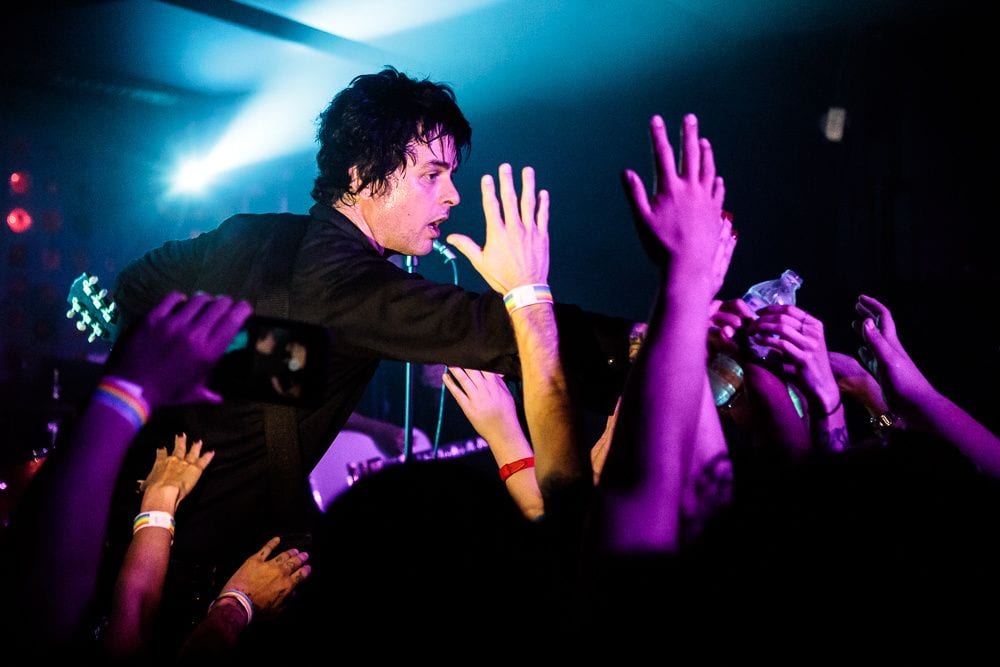 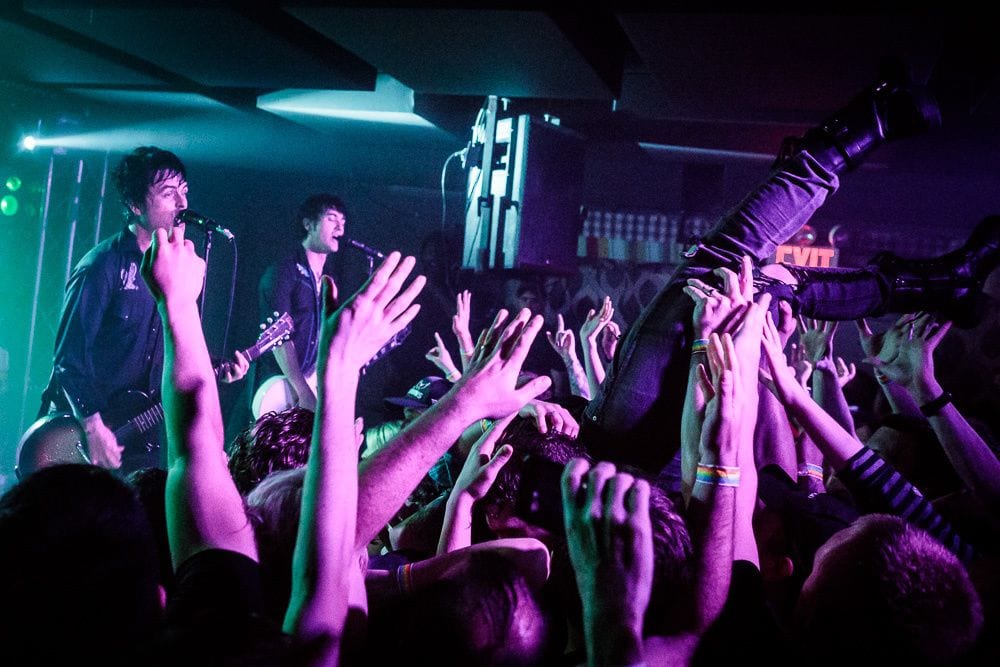 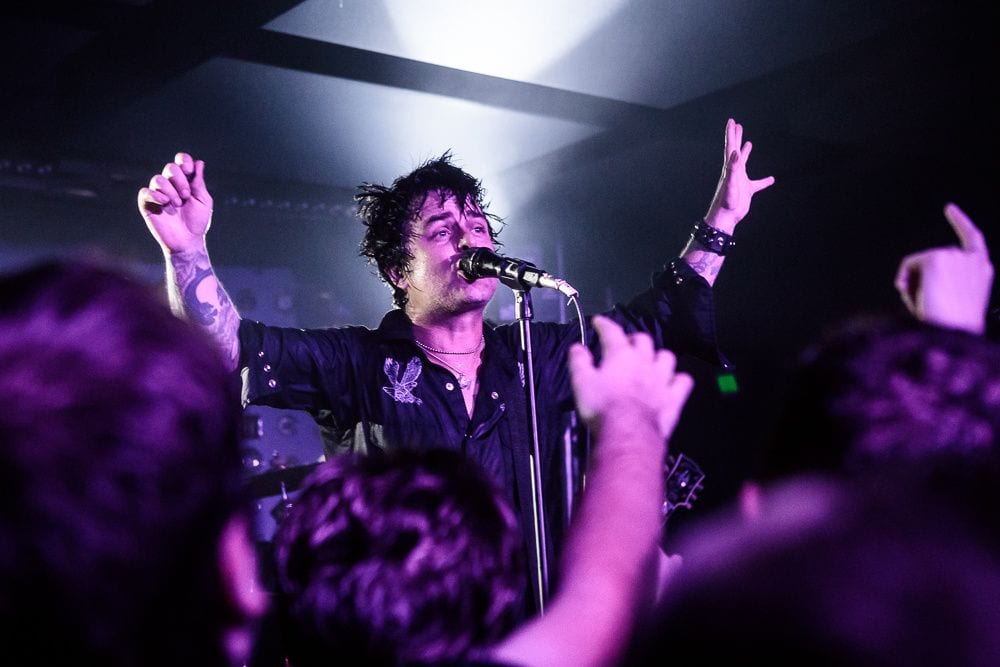 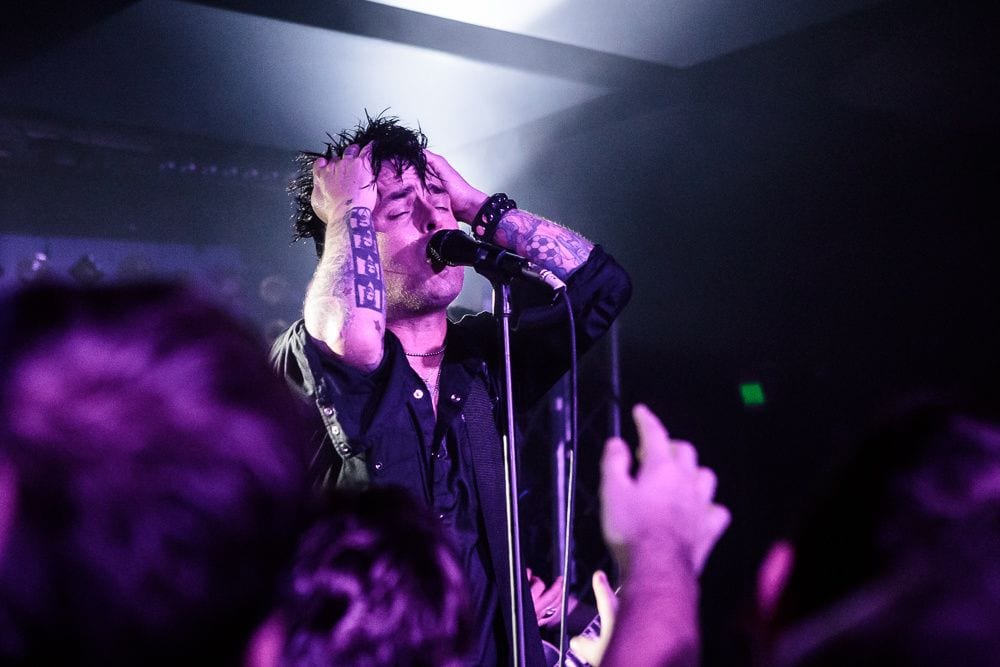 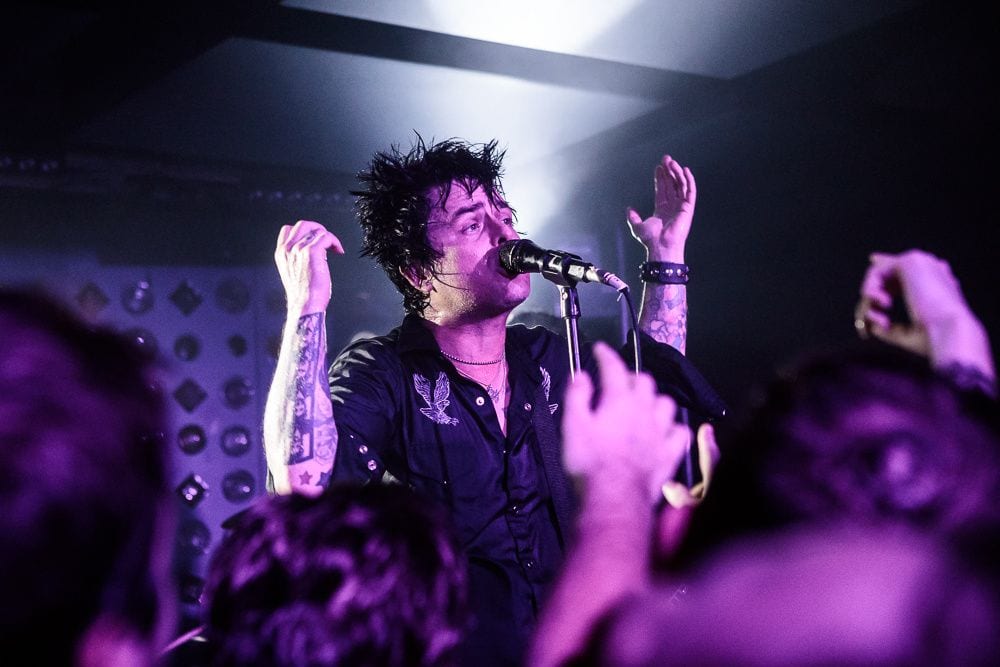 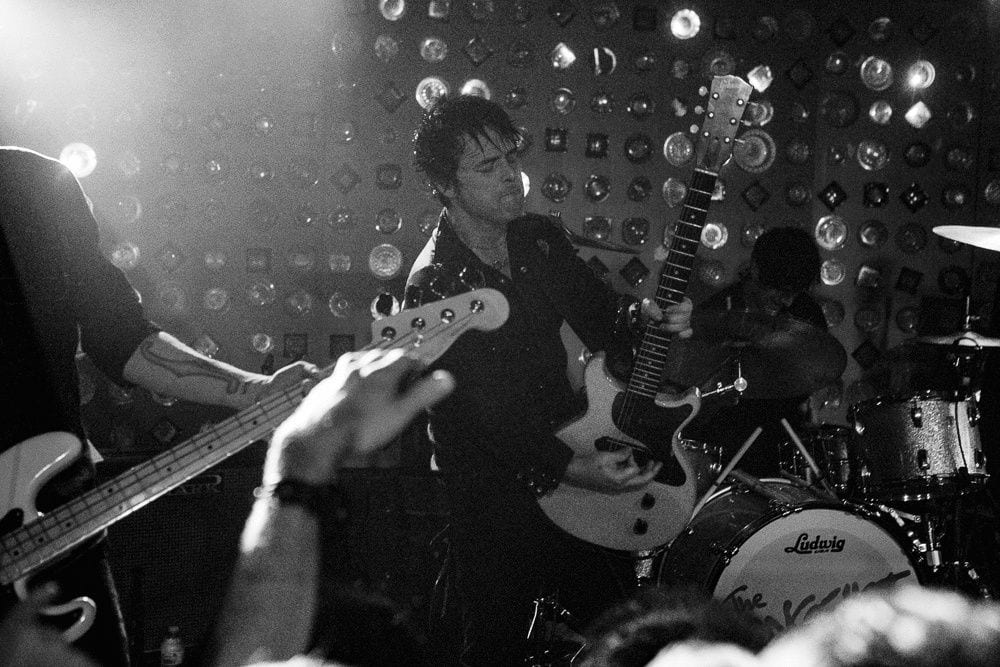 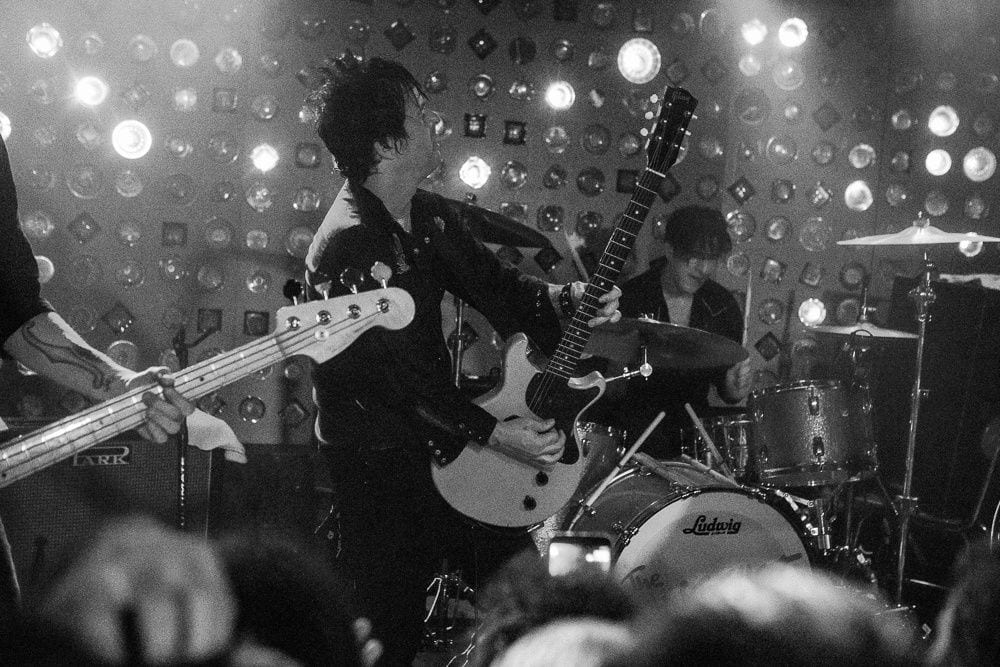 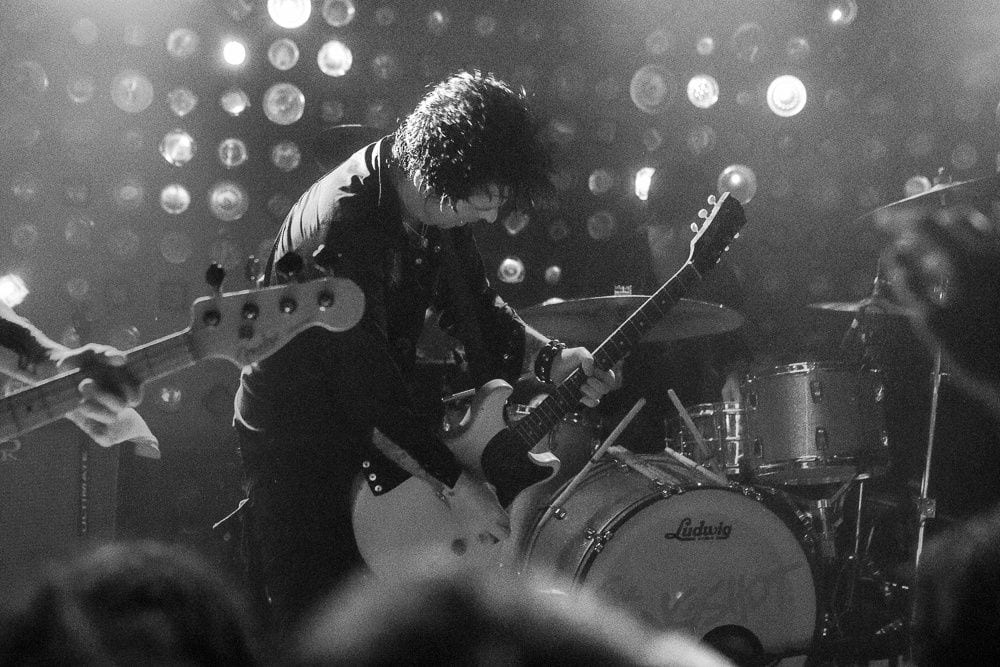 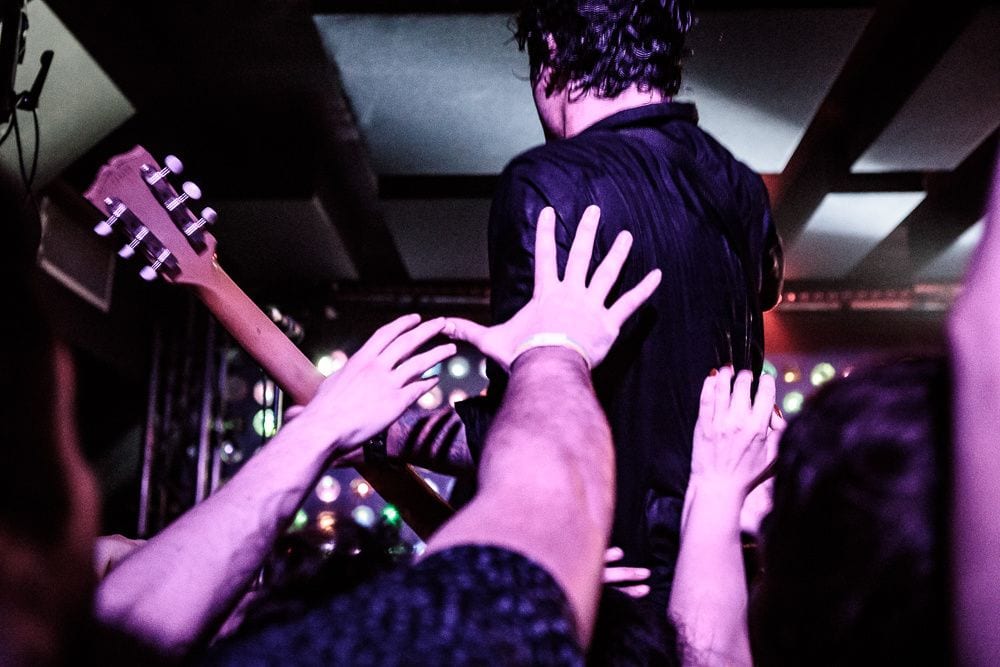 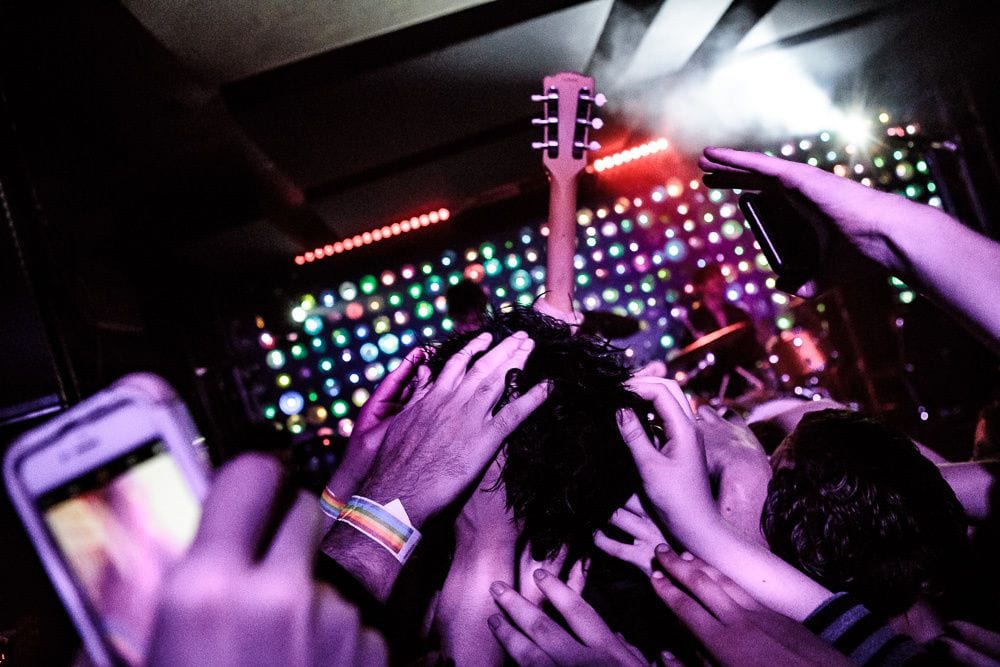 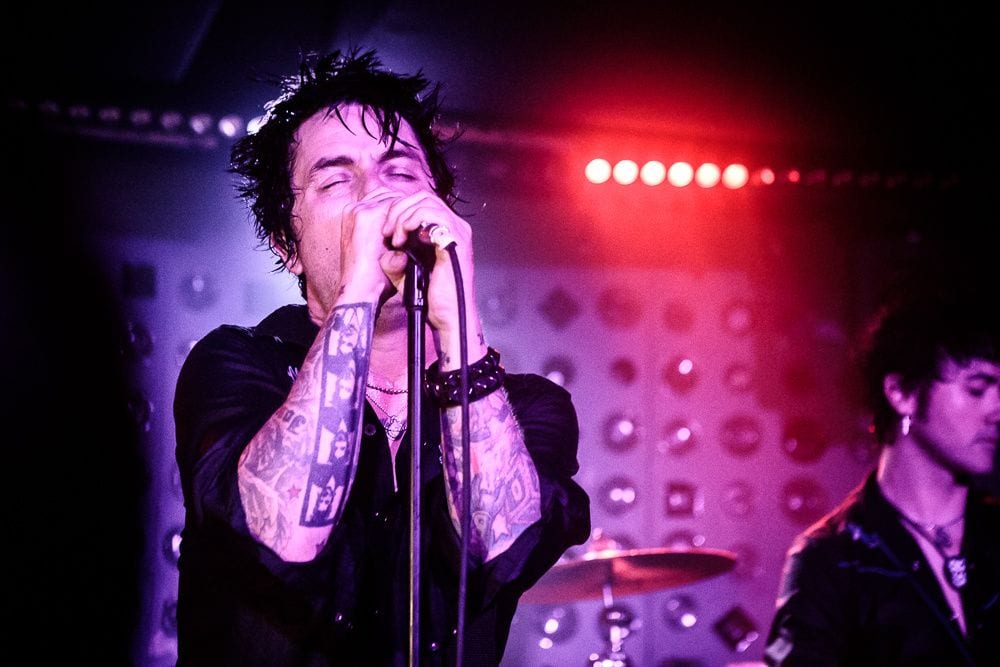 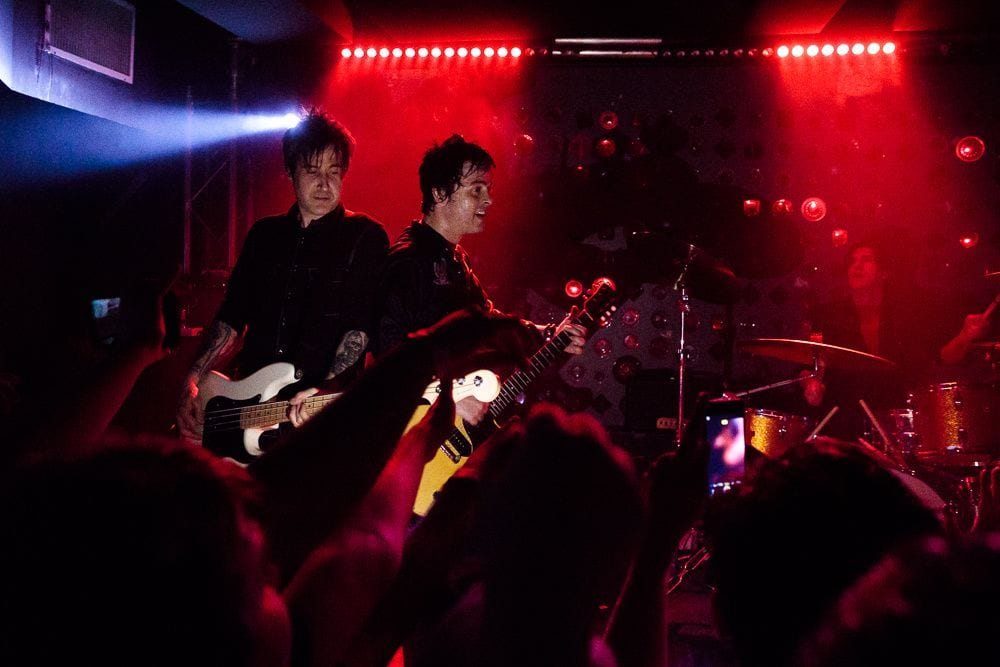 After making their debut with their album Love Is for Losers earlier this year, the Longshot went on the road for shows that had sold out lickety-split. The reason for the high demand for tickets was the band’s frontman is Billie Joe Armstrong of Green Day. The group, which includes Jeff Matika on bass and vocals, David S. Field on drums, and Kevin Preston on guitar, play fast, edgy songs that verge on Green Day material.

The group came through New York City for three shows, one of which was all-ages (the two others were 18+). Perhaps because it was one of the former (or maybe because it was not a weeknight gig), the Longshot’s show at Baby’s All Righ in Williamsburg on June 1st was rowdier than the previous NYC shows. The group essentially played the same material as they had when I saw them at Coney Island Baby in the East Village but that isn’t a complaint.

With only their one album, the Longshot’s 70-plus-minute rapid-fire set included originals from the album and their multiple, nearly simultaneously released EPs, highlights of which include “Taxi Driver”, “Love is for Losers”, “Devil’s Kind” and “Fever Blister”. They also mixed in a bunch of great covers, like “Rockaway Beach”, “Ziggy Stardust”, and “I Fought the Law”, plus a couple of lesser played Green Day tunes “Fell For You” and “Stay the Night” (from Uno). For “Stay the Night”, I found myself cutting loose in the middle of the sweaty, moshing crowd (though admittedly aiming for a few photos too). I haven’t had as fun of a time at a show in recent memory.