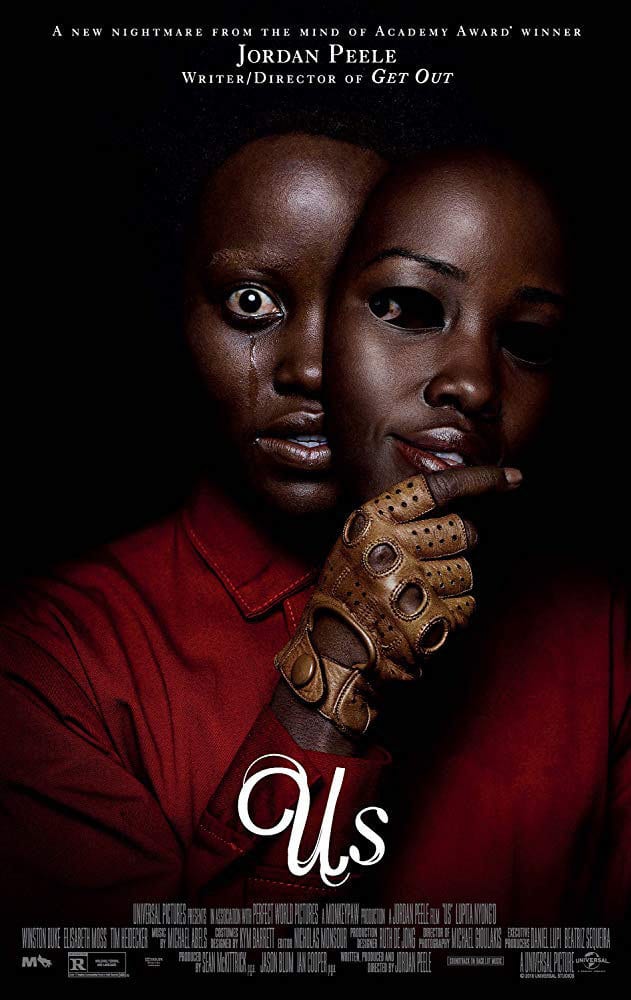 Us takes pieces from a few different genres, particularly home-invasion thrillers and subtext-laden George A. Romero-esque zombie movies, and stitches them together into a uniquely weird and hammer-intense experience. The primary storyline, in which a middle-class family is besieged in a summer vacation home by a red jump-suited and scissor-wielding gang, would be enough for some other movies. But Peele’s vision is wider. Not only are the murderously intent but dazed-seeming invaders doppelgängers for the family (played by the same actors as well), but when asked who they are, the leader croaks out like a wheezing corpse, “We’re Americans.”

Like most every family ever menaced on screen by dark forces, the Wilsons are a generally happy bunch on the surface, though with issues buried not far beneath. Arriving at their lake house, they bicker lightly and brightly, buoyed along by their happy dork of a father Gabe (Winston Duke) and his seemingly endless supply of bad dad jokes. While the remove of their restive, smartphone-glued teenage daughter Zora (Shahadi Wright Joseph) is somewhat par for the course in terms of movie family dynamics, the other half of the clan has seemingly deeper issues. The young boy Jason (Evan Alex) doesn’t speak much and prefers to face the world from behind a dime-store Halloween monster mask, which is not creepy at all. As for their mother, Adelaide (Lupita Nyong’o), she’s still working through the buried trauma of a childhood scare we are given a glimpse of in the pre-credits—the short-hand of which is that she really does not like beaches. 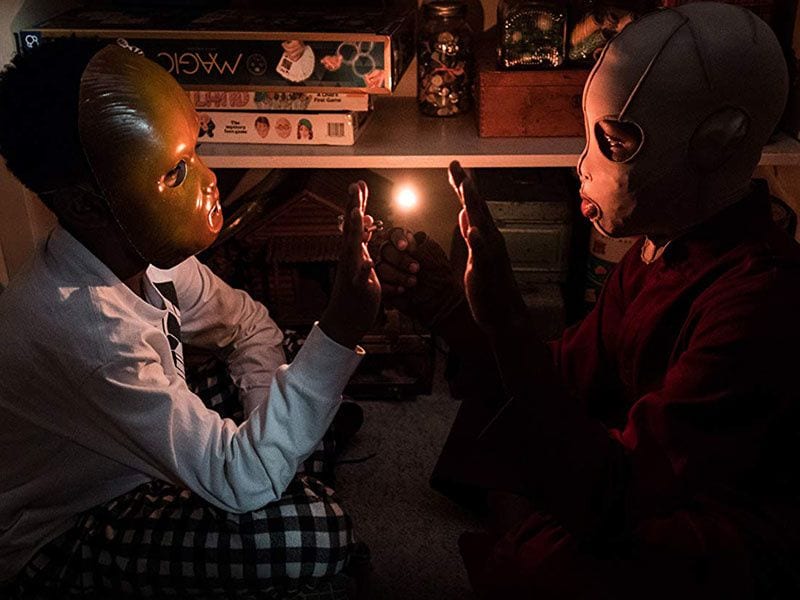