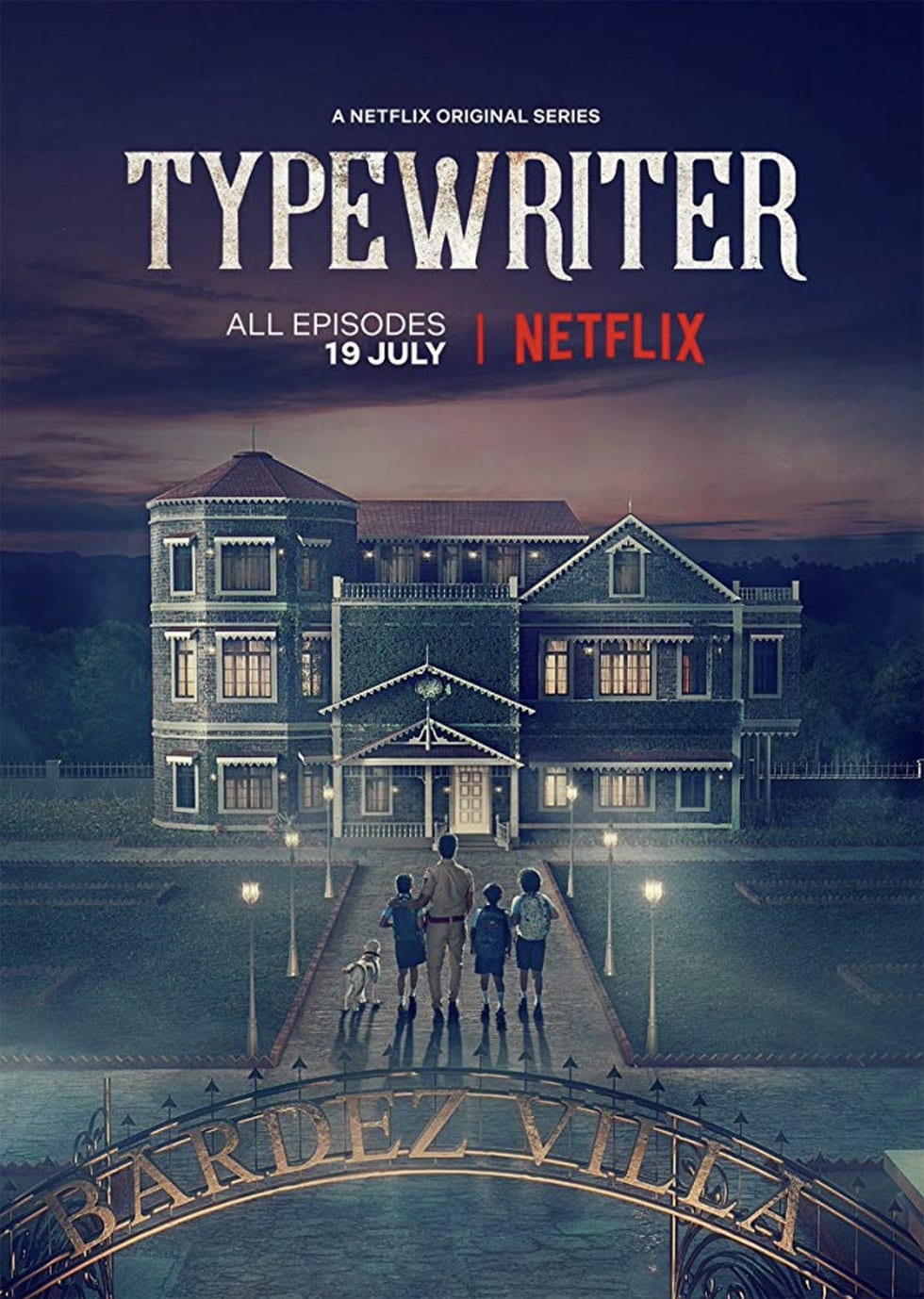 If there is one thing for which Netflix must be given credit, it’s the vastly increased access that it affords viewers to high-quality content from outside the traditional cultural hegemonies of Britain and the US. Since the release of Club de Cuervos in 2015, Netflix has offered viewers an increasing amount of original, non-English language content.

The latest of these is Typewriter, a five-part mini-series that aired on Netflix on 19 July. Co-written, produced and directed by Indian director Sujoy Ghosh, whose 2012 film Kahaani won numerous Indian film awards, Typewriter is a haunted-house mystery that also works as an homage to the more pulpy side of Indian literary tradition.

Typewriter is set in a small town in the Indian state of Goa, and focuses on a group of locals who are swept up in the mysterious history of a local mansion. Narratively, Typewriter covers some ground that will be very familiar to Netflix viewers. Similar to Mike Flanagan’s The Haunting of Hill House (2018-) the central mystery focuses on a haunted house and a generational curse. Like the Duffer Brothers’ Stranger Things (2016-), the series features a group of intrepid children who are forced to contend with evil forces. And like Dark (Baran bo Odar and Jantje Friese, 2017-) the series is set in multiple different historical periods. As events begin to unravel, Typewriter‘s story draws from an increasing number of supernatural clichés, including blood rituals, döppelgangers, and various mysterious villains. 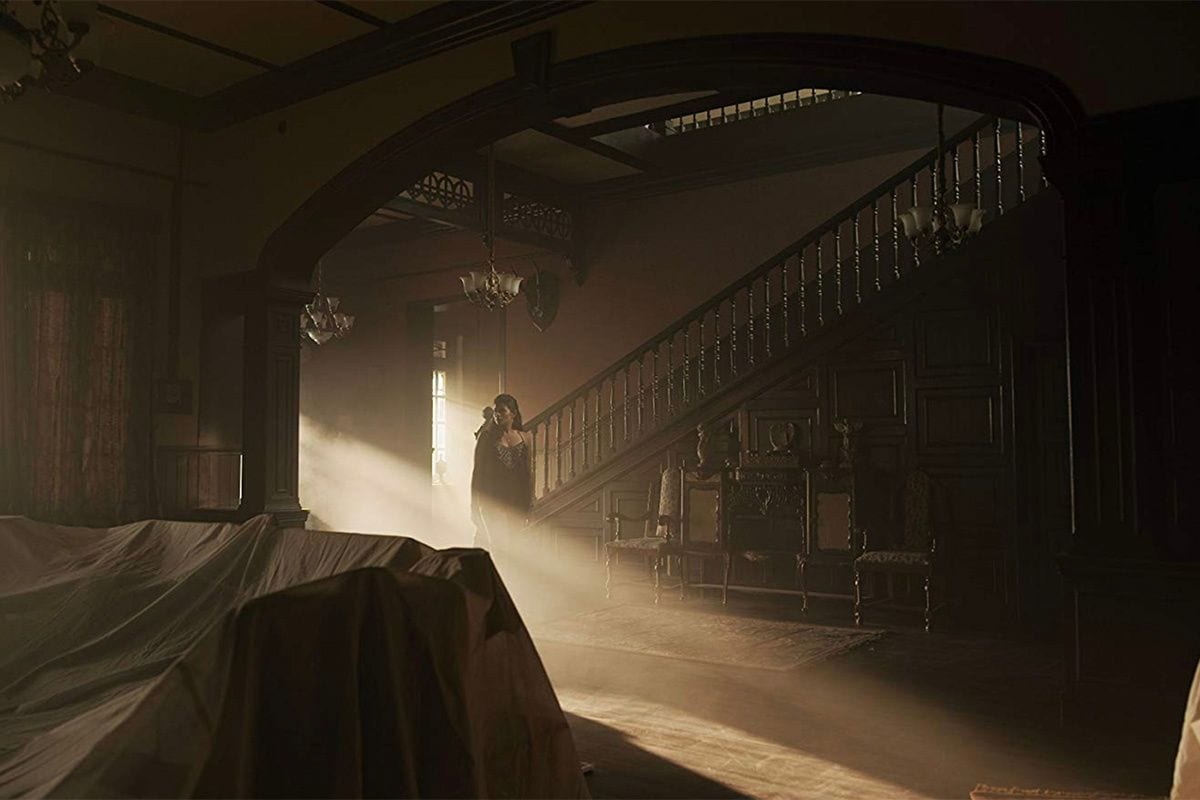 In one sense, it does Typewriter no particular favours to place it alongside these other Netflix offerings. All of the narrative tropes that are deployed here—the haunted house, the döppelganger, the gang of child protagonists—have been done better in other shows or films in recent months. Jordan Peele’s Us (2019), for example, offers a far more effective use of the döppelganger. Typewriter does some things quite well: the performances of certain cast members, particularly the four child protagonists, are energetic and convincing, and the tone occasionally veers towards an endearing goofiness and humour. On the whole, however, Typewriter is something of a hot mess.

Yet, in a more profound sense, comparing Typewriter to the largely American productions cited above is to overlook a potentially more significant literary predecessor, one rooted in the cinematic and literary traditions of India itself. Indeed, Typewriter is a product of both national and global cultural influences: references are made to Dan Aykroyd and Harold Ramis’s 1984 film, Ghostbusters, but also to Shekhar Kapur’s Mr. India, a 1987 superhero film that has since gained a cult following.

More significantly, the storyline itself—with its emphasis on cursed objects, dramatic villains, and intrepid detectives—also bears certain hallmarks of Indian pulp fiction. Although pulp fiction still tends to be associated primarily with the US literary market in the early and mid-20th century, in fact many countries experienced a similar boom in cheap genre fiction, whether in the form of mass-produced paperback novels or pulp periodicals. In India, this boom can be traced to the 1970s, which saw a surge in such genres as detective and crime fiction, science fiction, and romance and domestic fiction. (For an account of this boom in Hindi genre fiction, see “The Rise and Fall of Hindi Pulp Fiction“, Prasanna Sawant, The Curious Reader, 10 Jan 2019.) 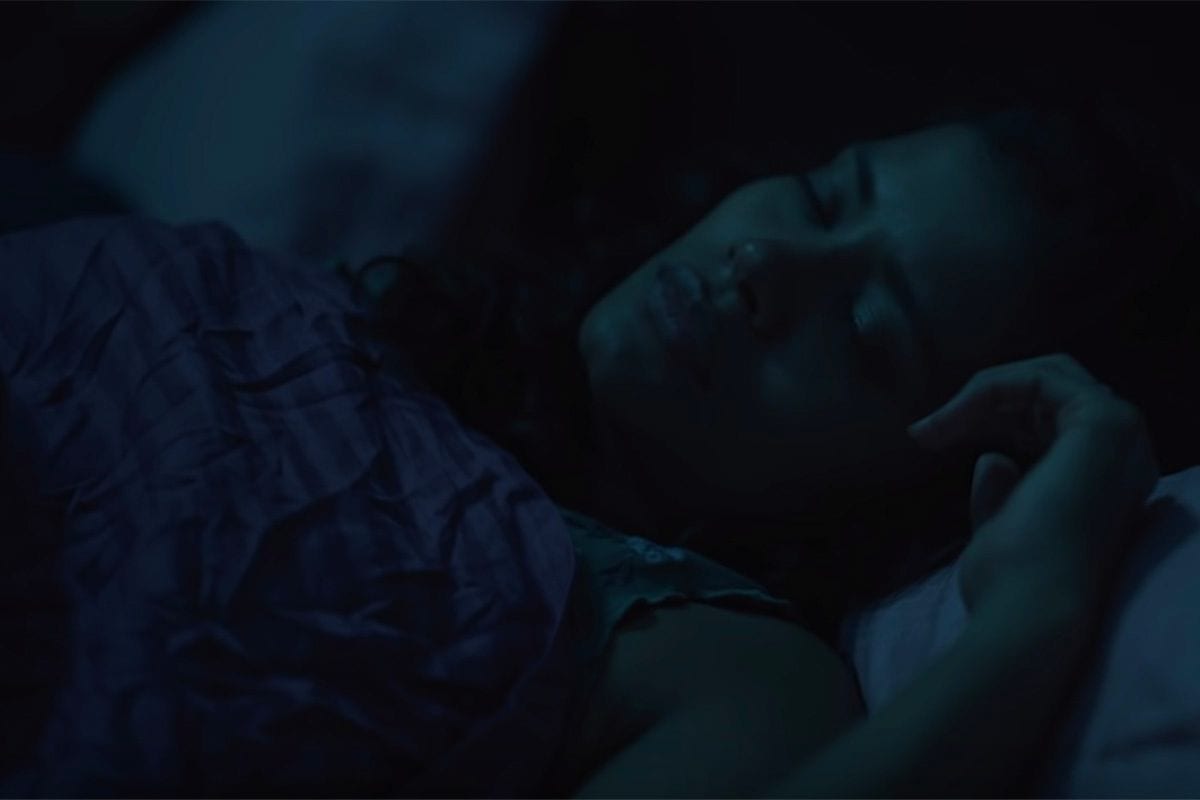 This influence may be important in understanding the approach that Ghosh has taken to his subject material. Although listed as both a “horror programme” and a “TV thriller” on the official Netflix website, Typewriter is neither of these things. Indeed, Typewriter is perhaps best viewed as a television adaptation of a pulp novel, with all of the narrative shortcomings that this implies. As in much pulp fiction, the majority of the characters are drawn with a rather broad brush, while the dialogue is, for the most part, put in the service of advancing the plot. Indeed, the series demonstrates no particular interest in exploring any theme or concept—at times it resembles a children’s adventure story, at other times it becomes a daytime soap opera, and at still other times it turns into a low-budget network horror.

And yet Typewriter nevertheless demonstrates a level of reflexivity and self-awareness that suggests a recognition of its pulpy roots. One of the characters, for example, upon learning of the various supernatural forces apparently operating in the local vicinity, dismisses the stories, stating that he has read of such things in “countless pulp novels”. (This character, unsurprisingly, later meets a gruesome fate at the hands of those very forces.) Another character, the highly endearing Sameera “Sam” Anand (Aarna Sharma), tries to prove her courage by pointing out that she has seen The Conjuring. Even the short run of the series—five 50-minute episodes—can be taken as reflecting the rapid pace and heavily plotted focus of the classic pulp novel.

Typewriter, then, is perhaps best enjoyed as a rather goofy work of supernatural mystery, rather than as a piece of “serious” television. Taken on these terms, it offers a serviceable homage to the lesser-known yet culturally significant traditions of pulp fiction in India.