“Even though I have produced other people’s films and have put those out into the world, I thought I knew what it would feel like as a director, but it’s a completely different experience,” says Jenn Wexler of her feature directorial debut, horror film The Ranger (2018).

When a police officer is fatally wounded in a showdown with a group of punks selling drugs, Chelsea (Chloe Levine) suggests they use her uncle’s cabin in a nearby national park as a hideout. There they cross paths with Ranger (Jeremy Holm) who has a connection to Chelsea’s past, and as the body count begins to rise, the group learn the deadly means he will resort to in order to enforce the Park’s safety regulations.

Alongside directing and producing the short films Slumber Party (2012) and Halloween Bash (2013), Wexler has worked as a producer on Mickey Keating’s Darling (2015) and Psychopaths (2017), as well as Robert Mockler’s stark and daring feature debut Like Me (2017), and Larry Fessenden’s segment N is for Nexus for ABCs of Death 2 (2014).

In conversation with PopMatters, Wexler reflects on her creative journey and discusses her interpretation of the strong female character, the eventual need for the filmmaker to embrace trust, and seeking to reconnect with her younger self. 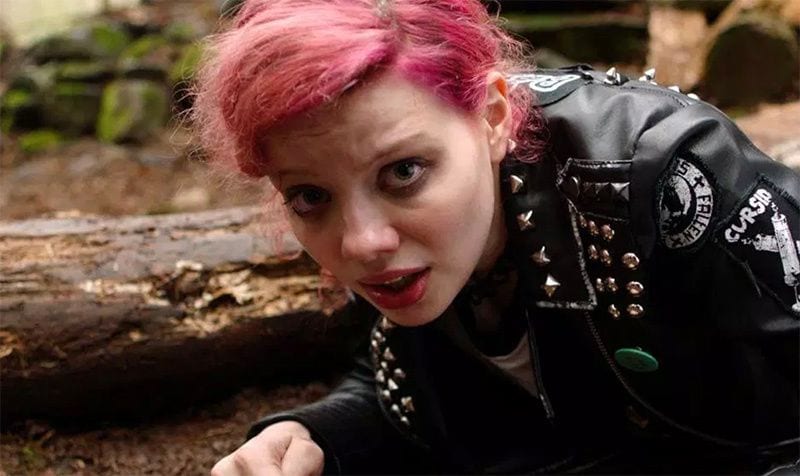 I have always wanted to work in film since I was a kid, when I used to make home movies. In high school I even crafted an entire class for myself with one of my teachers, where I wrote a screenplay. So I was always very much into it, and I took the media class and went to school for screenwriting, which is where I met my friend Giaco Furino, who wrote The Ranger. We all had to write screenplays our senior year, and this was his concept, and it was always in the back of my mind that I wanted to work on this one day, if I figured out the steps of how to make feature length films.

A common sentiment among filmmakers is the difficulty of making a film, and how time consuming the process is from start to finish. What was the source of your belief in Giaco’s concept that compelled you to undertake this challenge?

It’s incredibly difficult to make a film and it’s not something I just jumped into. When I got out of college I worked in marketing for a horror TV channel called Fear.net, which introduced me to the horror genre in terms of the industry, and through that I met a bunch of people. Then I eventually started working for Glass Eye Pix under Larry Fessenden, and he and Peter Phok taught me the process of producing films.

I started producing for other filmmakers and learned about filmmaking and directing by being on set and supporting those directors. So I went through it a couple of times as a producer before I directed, and in the meantime, while I was working on these other films, I would wake up early to work with Giaco on the screenplay for The Ranger.

The reason why I wanted to direct this as my first film is that I have always been obsessed with horror movies, but I’ve also never seen a horror movie that infuses the kids in the woods-type film with this glitter colour palette. I aesthetically like Lisa Frank‘s art; it’s kind of a little guilty pleasure of mine, and so I thought it would be cool to take a horror movie and infuse it with these kinds of colours.

And I wanted to make a film that spoke to that teenage me, which was when I first became obsessed with horror. 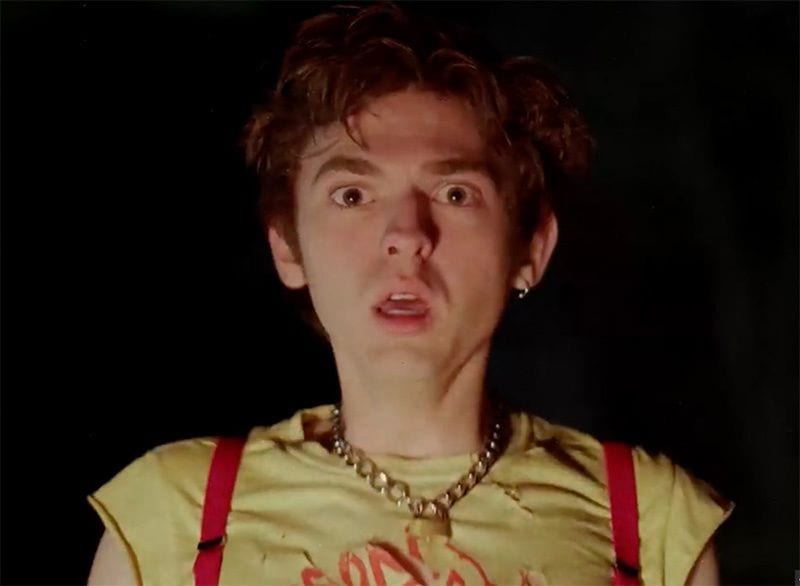 How did the expectations of your feature directorial debut compare to the realities of the experience?

From beginning to end it was a total dream. On every movie you obviously have certain expectations and you try your best to meet those, but pretty much everything that was in the script ended up on the screen. Some things took a little bit more effort since we had to climb a mountain to get to this location that I was obsessed with. My crew and cast were awesome, and we all recognised how gorgeous this location would be, so we all geared up and for two hours hiked up a mountain. It was too steep for cars, but overall in terms of what was in the script versus what was on the screen, it was pretty similar.

Storytelling is a repetitive process, the same stories being retold time and again. Yet if we take the idea of film as existing on a dream logic, each person’s dreams are individual and each filmmaker has the opportunity to imbue the familiar story with an individuality.

I’m certainly very familiar with the horror tropes. The kids in the woods and the slasher has just always been in my mind, and it’s something I can’t get rid of after seeing so many horror movies. So for me, I worked from a guttural place and I wanted to take those kinds of things and infuse them with this girl’s story; with the interior of her life and what she was struggling with, while at the same time dealing with all these crazy and outrageous characters. But she’s still trying to find something true within and to uncover something about herself.

That is the core of the movie. Then I thought it would be fun to match that more serious core with these outrageous and irreverent types of characters. Also in terms of the dream quality you spoke about, of time and place, people would ask me what year this takes place in because there are no cell phones, and they have boom boxes and stuff. I always thought of it not as a specific year, but more like a dreamland, and so that’s what I told the actors when we were making the film.

While the film has this simple structure, characters, even the journey of an individual character can juxtapose this simplicity. Chelsea’s journey is one that lacks that crescendo of change that can devalue a character and diminish their humanity through a simplification of identity.

Working with Chloe Levine was absolutely amazing. I had seen her in The Transfiguration (2016) and then I met with her, and I just felt she had a lot of depth that she could bring to the character. She and I had some conversations about Chelsea’s motivations, backstory and such, but she brought so much of the nuance. 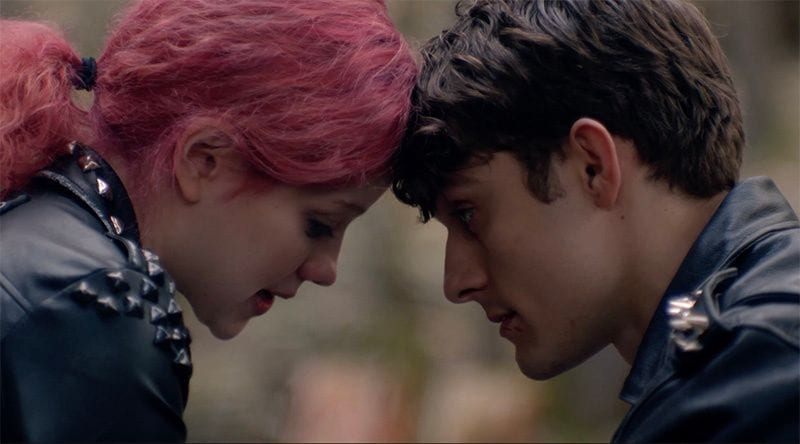 Cinema is a place where we can shed our social concerns of conforming and what is morally acceptable, a playground where we connect with characters who in reality we would not. Alongside entertaining us with the dark and grim, this is the subversive nature of cinema, a tradition that Holm’s character belongs to.

Absolutely! If you were really in a room with him [the Ranger] then that would be terrifying, and even being in a room with Jeremy Holm can be terrifying sometimes. But no, I’ve always been attracted to those kinds of characters and I love those movies that are hilarious, where you are also seeing horrible things happen on the screen; for instance, American Psycho (2000).

For my first film I wanted to make something that was overall a fun time, that feels like you are going on an adventure and escaping reality. But I also wanted to ground it a little bit with Chelsea and say something bigger through her story, and you are definitely on the journey with her.

Then obviously in terms of production design, every step of the way you are colouring it in, and that’s the exciting part of the process — how your planning out the overall story. And then, how the real events happening while you are in production effect what happens in the movie, and this is the fun and exciting part of making a film. 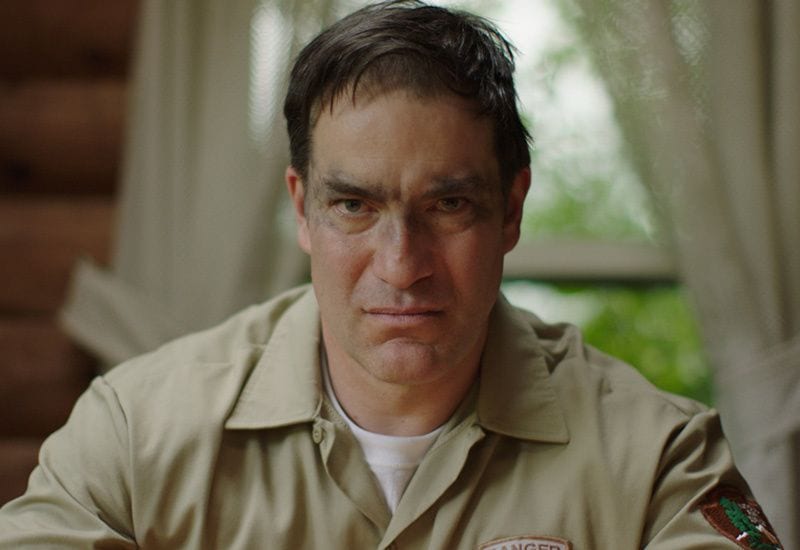 This idea of “colouring in” echoes what Chelsea is doing. There’s a confrontation within her between the primitive and the tamed, and The Ranger is about her deciding the life she wants. This touches upon the question of whether a person can change, or are we forced to live with these opposing forces or personalities inside of us?

This was always very important to me and there are sometimes things that happen to us in life that we start to define ourselves by. Our memory of those things can haunt us, and we will question ourselves based on memory. Sometimes it’s based on other peoples’ opinions of what happened that will colour memory. So those were all things I was thinking a lot about in terms of the Chelsea character: memories and what was real and what was not, and what happens over time when you just keep thinking about a memory, and how that shifts. 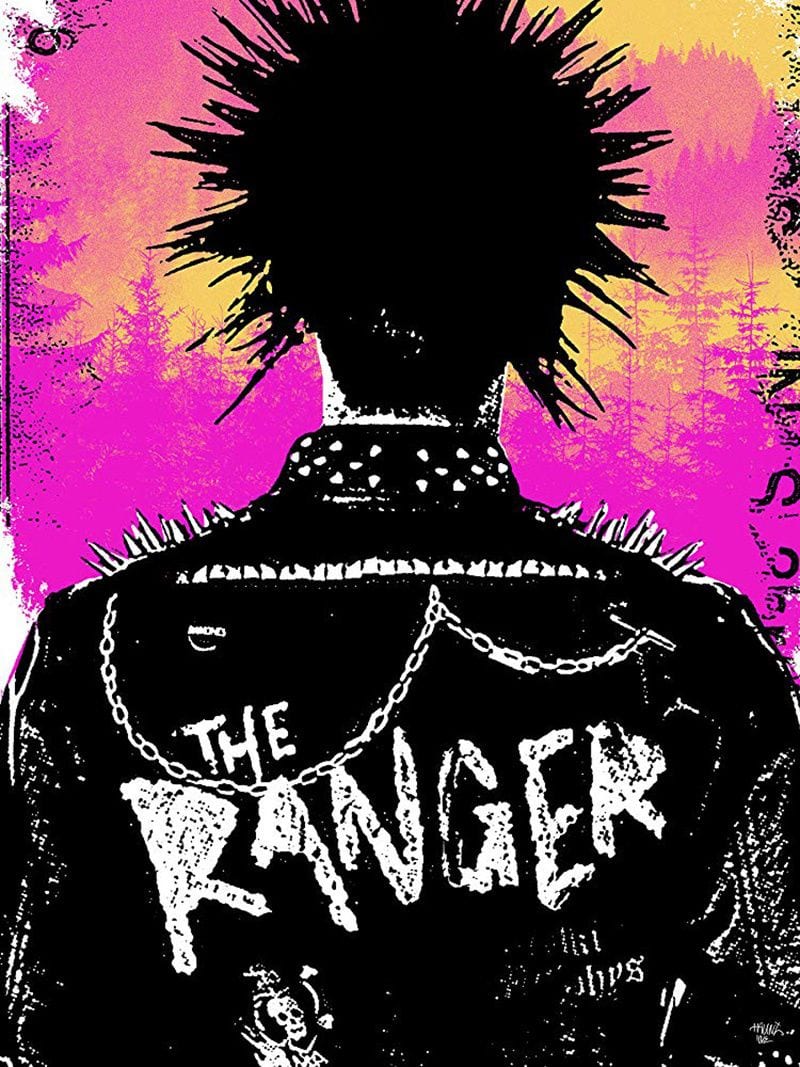 It’s interesting because as a director you are micromanaging the film every step of the way, or at least that’s what I have been doing. And then you show it to people and suddenly you can’t micromanage anything at all. So it has been a very fascinating experience going from complete ownership of the film to putting it out into the world, and letting the film do the talking. Yeah, it is pretty unreal.

Filmmaker Christoph Behl remarked to me: “You are evolving, and after the film, you are not the same person as you were before.” Do you perceive there to be a transformative aspect to the creative process, and should the experience of watching a film offer the audience a transformative experience?

You certainly hope the audience is transformed and for me as the filmmaker, we started shooting last April (2017), and I was a very different person to who I am today. Even though I have produced other people’s films and have put those out into the world, I thought I knew what it would feel like as a director, but it’s a completely different experience. You are pulling all of these raw emotions out of yourself and putting them on the screen, working in a collaborative environment and getting everybody on the same page with you in terms of those emotions. Maybe they are pulling their own emotions out of themselves as well, but then you put it out on the screen, and yeah, it’s kind of a cleansing. It’s like a purging because you are exploring certain things about yourself in a public way, and that’s a very transformative experience for sure.

Interviewing Larry Fessenden, he spoke of how a film is abandoned, and as you accompany The Ranger around the festival circuit, is this a sentiment you would share?

Well this is part of the real life experiences that effects the filmmaking process, and that’s very exciting. I feel as though I could have tweaked The Ranger forever; I could still be tweaking it. But you start to share it with film festivals and you have to start and trust other people around you, and you have to trust film festival programmers as well. It came down to that it was time to share it with the world, and then yes, you say goodbye to your child or whatever. I think that filmmakers can definitely get into the mindset of just tweaking their movie forever, and at some point you do have to abandon it, and let it live and breathe freely.

The UK premiere of The Ranger plays as the opening night film of Arrow Video FrightFest 2018 on 23 August.