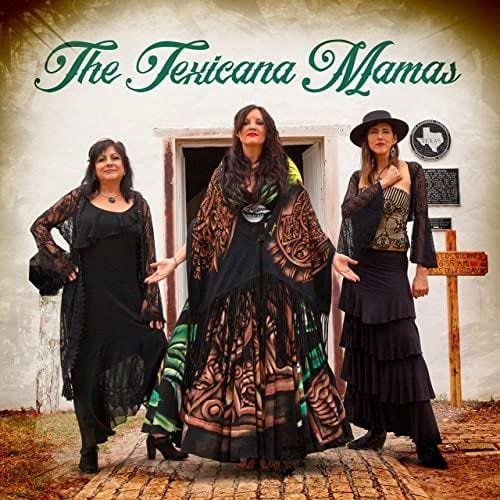 Anthony of Padua is known as the patron saint of lost things. He’s often invoked in literature and popular culture when one is confused and bewildered as to where one has left something of importance. What many people don’t know as that San Antonio, Texas, was named for St. Anthony by Spanish missionaries back in the late 17th century, decades before the American Revolution and the founding of this country and Mexico. Its deep and rich history predates modern borders.

The Texicana Mamas are three talented Latina singer-songwriters (Tish Hinojosa, Stephanie Urbina Jones, and Patricia Vonne) who grew up in and around San Antonio. Each one has separately enjoyed successful careers. Their shared Tex Mex upbringings have given their music a distinctive flavor rooted in their home environs. Their songs frequently involve the search for something more in life and love, but these mamas don’t need St. Anthony’s help. They are not lost. They have found connections to each other because of their shared roots.

The music on the Texicana Mamas’ debut disc is sonically rich. The three musicians seamlessly harmonize and instrumentally blend as one without losing their distinctive identities. The trio co-wrote three of the ten songs on the self-titled album (including the appropriately titled “Amigas De Corazon” or “Friends at Heart”) and co-produced the record themselves. The other seven tracks include cuts written by themselves, notable artists such as Linda Ronstadt and Cedar Rosas, and less familiar names.

The three women take turns singing lead on the various compositions. Some songs are in Spanish, some in English, and some in a mix of both languages. The music mixes genres from both sides of the border and blends them in ways that show their commonalities. Who can really say where south Texas ends, and north Mexico begins because even the Rio Grande River that separates them is constantly changing shape and course and is constantly being crossed by the populations of both areas? That is addressed specifically on songs such as “American Dream” (“Sueño Americano”) and live at the heart of the album as a whole.

Each of the three mamas has at least one song where the individual stands out. Hinojosa takes charge on the rousing “Viva La Patria” (“Long Live the Country”). Vonne gallops through Cesar Rosas’ “Canción del Mariachi” (“The Song of the Mariachi”) as if each “ay” and trilled consonant were the expressions of a racing heart full of life. Urbina Jones tenderly delivers her own “Esperanza” as if she were the mother of the baby at the heart of the song who was headed to the promised land.

The Texicana Mamas find meaning in the promise of the future, present family & friends, and the dreams of the past. Their musical excursions suggest life’s possibilities. The album’s most impactful tune, “Abundancia” (“Abundance”), was written and sung by all three members of the trio. It offers hope through images of butterflies and flowers. These lifeforms, as J.R.R. Tolkien noted in a much different context, wander but are not lost.