In filmmaker Thomas Bezucha‘s Let Him Go (2020), adapted from Larry Watson’s novel, retired sheriff George Blackledge (Kevin Costner) and his wife Margaret (Diane Lane), leave their Montana ranch and travel to North Dakota to rescue their only grandson. After their son’s death, daughter-in-law Lorna (Kayli Carter) marries Donnie Weboy (William Brittain), but when Margaret witnesses his violence towards both her grandson and daughter-in-law, she’s compelled to act when the pair abruptly leaves town. Blanche (Lesley Manville), the matriarch of the notorious Weboy family, with Donnie now back home, has no intention of letting either Lorna or Jimmy leave.

Bezucha’s previous credits include the romantic comedy-dramas, Big Eden (2000), about an artist’s return to his hometown to care for his grandfather, and The Family Stone (2005), in which a woman accompanies her boyfriend home for Christmas to meet his eccentric family. With his adaptation of Watson’s novel, the neo-western offers a change of tone to stories centred on the family, which also contrasts to the 1940s set comedy, The Guernsey Literary and Potato Peel Pie Society (Newell, 2018), which he co-wrote.

In conversation with PopMatters, Bezucha reflects on his interest in exploring emotional landscapes, tapping into the unsettling changes in American culture in the 1960s, and the Shakesperean and mythological tones of his neo-western. 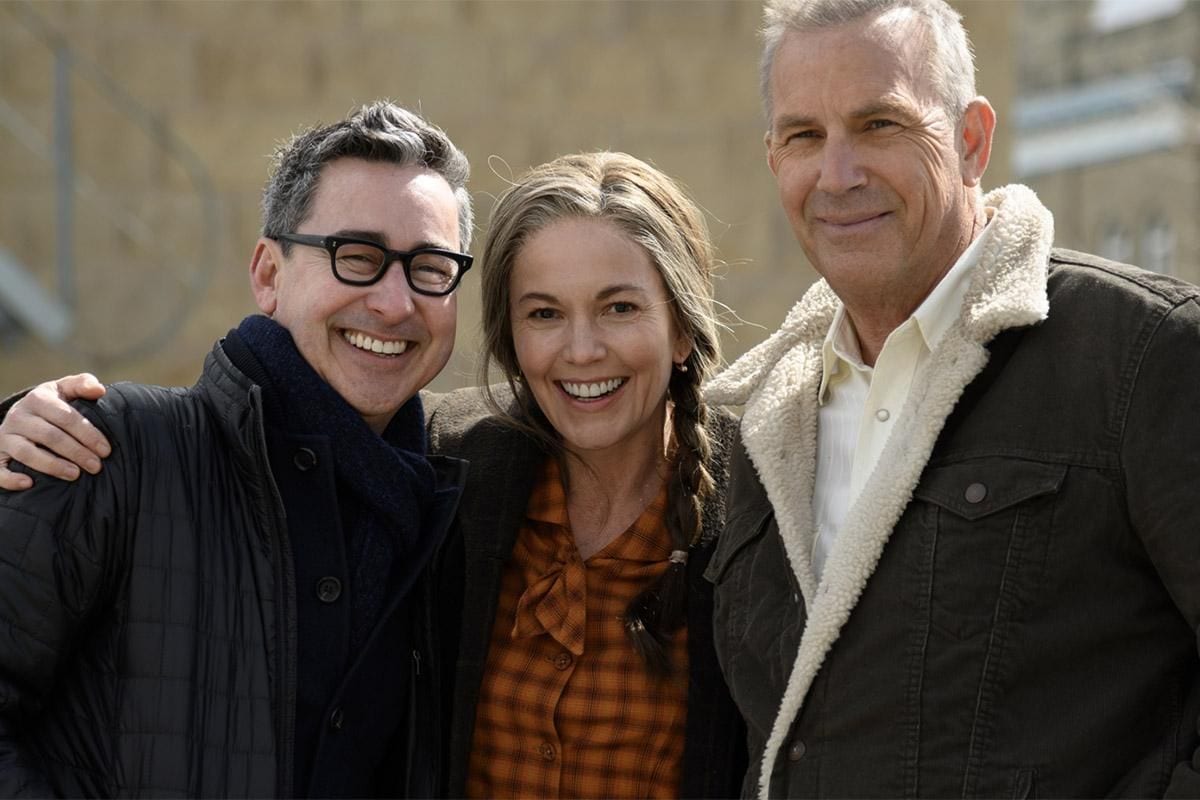 Sitting too close to the television growing up [laughs]. It was always, “Tom, don’t you want to go outside?” I was like, “Why, the television’s here.” … Then discovering Hitchcock when I was in high school I became obsessed, and so I was a gonna.

‘What we are’ versus ‘who we feel we are’ can often be out of synch. I’ve spoken with directors who say that it took a number of films before they felt they could call themselves a filmmaker. Do you feel that you can call yourself a filmmaker?

I’m certainly still a student, but there are moments when you feel like a filmmaker.

There’s a small bit in the movie where Kevin Costner collects his son’s body and puts it on a horse. It was the way I imagined it when I wrote it – the sound design, the way it’s photographed, and Michael Giacchino does a fantastic sort of non-score in that moment. I feel that that’s filmmaking… for 30 seconds [laughs].

I recall Director Robert Rodriguez talking about how we watch a film for moments. What is memorable to you as the storyteller might not be the moments that touch and stay with the audience. If film can be said to function on a dream logic, our experience of the film is a snapshot of how memory is fragmented.

I’m thinking of all the examples of movies that I love, for which, ‘I just want to watch that moment.’ There’s a time passage sequence in Days of Heaven (Malick, 1978), with a plane circling the house in the winter that I swoon over.

I like your memory scape thing and the sense of nostalgia. There’s a moment in The Family Stone (2005), that’s a shift in the middle of the movie. The pregnant daughter walks up the stairs and knocks on her mother’s bedroom door. Her mother is taking a nap and she goes in and lies down on the bed. The scene is a little bit of nothingness, and I remember dropping a sweatshirt on the stairs so that the young woman would pick it up and put it on the bannister, so it felt like she really did live in that house. Even though you don’t live there, you feel like you’re being made a member of that family by observing that, and that’s definitely the fun of it.

A film requires you to give up a period of your life, and with that in mind, what compelled you to adapt Larry Watson’s novel at this time in your career?

This is three to four years of my life, off and on. I love the opportunity to do something different, and I think projects choose you. I’d found the novel and I felt I knew how to do this, or I had an idea about what to do.

It was a combination of having read the novel at a very specific point, and also having just seen a movie called Dear Zachary: A Letter to a Son About his Father (Kuenne, 2008). It’s a harrowing documentary made by the friend of a man who was murdered, and it’s telling the unborn son about his deceased father. It shares an emotional landscape with [Let Him Go], and it’s a landscape I’m interested in.

Should an adaptation be an extension of the source material, less about being faithful to the narrative, and more about honouring the spirit of the story and its characters?

Certainly, and this is the third script I’ve adapted from a novel. The spirit of the story is what drew me to it in the first place, and so I’m going to be true to that. I talked to Larry Watson very early on because I had some questions for him about how he got to certain places in the book, and the thoughts that led up to those decisions.

I told him that at its best, what I do will only ever be fan fiction. He’s so spectacularly generous about the whole thing, but I just wanted to make it clear that, ‘There’s nothing I can do that’s going to ruin your book. Your book is done and it’s out there. I have some ideas and you might not like them, but you’ll always have your book.’ But he likes the movie and I’m pleased about that.

In the novel, George and Margaret travel from their home in North Dakota to Montana. I wanted to reverse the geography, and to change it from 1951 to 1963, because it felt like the fall from grace in American culture with the assassination of Kennedy. This is the spring of ’63 and it’s not going to end well; there’s not going to be a happy ending.

As a neo-western, Let Him Go also reveals the flexibility of the western and its themes, a genre that has been shaped by geography, time, and American culture.

It’s interesting because it’s a western culture thing, but it’s unique to America. It’s the landscape of our mythology, it’s our folklore, and what I loved about Larry’s novel was it’s about blood and kinship, and it felt like a Greek tragedy, or at least Shakespearean. It feels like there are these Gods walking across the plains at war with each other.

The effectiveness of westerns often lies in our allegiance to the protagonists juxtaposed with the seduction of the antagonists who tease our shadow complex. Blanche, and her one son Bill (Jeffrey Donovan), as despicable as we find them, there’s something empowering and seductive about their cruelty.

There’s a version of the movie where Blanche is the hero. She’s sitting in this house minding her own business, and this couple comes in and tries to steal the kid.

What makes it feel like mythology or Greek tragedy is that Margaret and Blanche are the same person; they’re flip sides of the same coin. One’s insane and one isn’t, one’s light and one’s dark, but they both want exactly the same thing. They’re both fighting to preserve their families.

For Margaret and George, in a weird way death comes to their farm and steals their grandson, and they have to go to hell to get him back, but they find out it’s a trade – it’s a life for a life. Blanche is a boss-level villain, but I loved how simple it was in that way, and it was compelling.

Filmmaker Christoph Behl remarked to me, “You are evolving, and after the film, you are not the same person as you were before.” Do you perceive there to be a transformative aspect to the creative process, and do you think the audience should be transformed by the experience of watching a film?

I’m not going to presume what should happen to the audience [laughs], but I feel indulged. I sit in this place of unique privilege where I read a story, and I think, ‘Oh, I could make this a little bigger, or do this.’ Then I get Kevin Costner and Diane Lane to come in on the film, and then somebody pays to have it made. I’m the luckiest person in the world.

I don’t think I make movies to please myself, but how I approach it is I’m the first audience member. I’m a fan of movies and you want something that other people will also respond to.

What I feel I learned from this film is to have greater confidence about the things that are important to me in the storytelling. It’s those small and simple things, like George collecting his son’s body. An audience might be bored, but I’m not.

Let Him Go is Available on Digital, Blu-ray and DVD now.