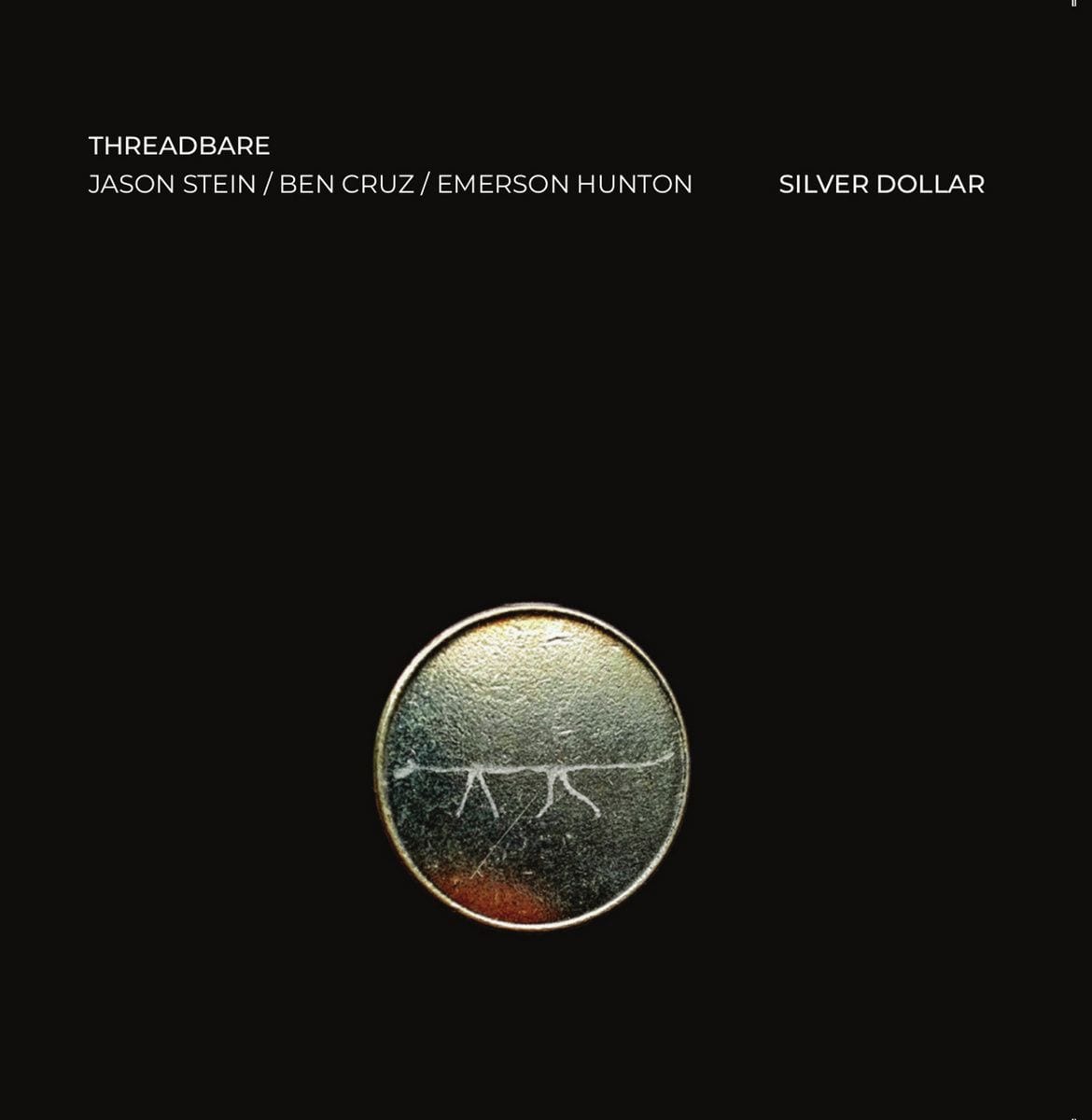 Frank Zappa once famously declared, “Jazz isn’t dead, it just smells funny.” That line was uttered onstage for the sake of a good laugh, but there is some twisted truth behind it. To keep the genre alive and well – which it most certainly is – artists need to think outside the box and create music that is unusual, groundbreaking, and pungent. Whether it’s the jagged guitar lines of Mary Halvorson or Brad Mehldau’s meditative piano retooling of rock standards, nothing is off-limits. That’s excellent news for jazz fans; the genre has often suffered from a perceived ossification at the hands of harsh traditionalists. Then there are artists like Jason Stein.

Stein, a Chicago-based bass clarinetist with a stellar reputation and several releases on forward-thinking labels like Northern Spy and Clean Feed, has teamed up with two younger musicians and formed Threadbare. It’s a project that sounds like a trio of avant-garde jazz fans with a jones for atonal rock. Or perhaps three rock fans who stumbled upon free jazz and fell hopelessly in love with it. Guitarist Ben Cruz and drummer Emerson Hunton, both Oberlin College graduates and recent Chicago transplants, have joined Stein for this vibrant, adventurous musical project. Besides their evident jazz roots, they also play in an indie rock band called Moontype. Clearly, these three artists are capable of creating a unique sound.

On Silver Dollar, Stein, Cruz and Hunton straddle a fine line between freewheeling improvisation and the thump of guitar-based rock. While the fractured start/stop vibe of opening track “And When Circumstances Arise” gives way to some wailing solos from Stein (going off the rails in a way that would make John Coltrane, Albert Ayler or John Zorn nod approvingly), it’s impossible to ignore the contributions from Cruz and Hunton. They create an expert rhythm section perfectly attuned to Stein’s flights of fancy (and also split the album’s songwriting duties).

“Threadbare 02” is where Cruz’s soloing comes into its own. Veering between spiky leads and sophisticated noodling, his playing on the track is generous and wide open without being showy, as Stein and Hunton offer encouraging accompaniment. On “70 Degrees and Counting Down”, the indie rock influences begin to show, as Cruz lays down fuzzy grunge chords that sound like they were lifted from a 1992 Seattle gig. But these kinds of influences never seem phoned in or added as a gimmick – rather, they complement the free jazz aesthetic and add a layer that may seem incongruous on the surface but is a perfect – if odd – pairing.

For listeners who may be more comfortable with somewhat traditional jazz influences, “Funny Thing Is” generally sets the more overt rock influences aside. A lightning-fast bebop atmosphere dominates the track (although Cruz can’t resist some inspired lead guitar squalls). The relatively unusual absence of a bass player never seems to create problems on Silver Dollar. On this track, which is far more jazz than rock, the trio are perfectly adept at taking their specific instrumentation to thrilling heights. But for those who ache for the trio to lean into their rock side, the title track is a particularly potent slab of noisy, distorted stoner rock, as Cruz and Stein’s sustained, low-end chords drag the song into doom-metal territory, even when Stein’s inspired solo punctures the song’s center.

The album’s closing track, “Untitled”, takes most of the album’s influences and packs it into a glorious, eight-minute finale. Beginning with delicate, almost tentative instrumental swells, the band soon picks up the pace, slashing away as Cruz lays down another thrilling solo, and the trio eventually execute a dramatic, elegant close. Silver Dollar makes an excellent case for the confluence of genres. Rock fans will eat up the guitar-based intensity, and free jazz lovers will be in awe of the trio’s expert way around a good improvisational setup. Music doesn’t have to be confined to specific genres. Threadbare is living proof of that.