The Annual Tibet House US Benefit began as usual with an opening invocation from Tibetan Monks from the Drepung Gomang Monastery. Their sonorous chanting was one of the two pieces performed by Tibetan musicians during the benefit. A little after the organization’s president and vice president, Bob Thurman and Philip Glass respectively, made brief remarks about the cause, while another regular participant, Tenzin Choegyal, performed as well. Those contributions recognized and demonstrated the heritage and culture of the Tibetan people, engaging with the core of the mission of the Tibet House US.

Beyond that, the rest of the evening’s performances were decidedly strong and supportive but not entirely directly tied to the message. That being said, artists like Iggy Pop, Patti Smith, Matt Berninger, Laurie Anderson, Bettye LaVette and more, certainly knew that their presence would sell tickets to support the cause. Fortunately, no one phoned in their performance; some songs were practically new revelations, if not new entirely.

Phoebe Bridgers performed her new tune, “Garden Song”, and a powerful “Scott Street” with the Scorchio Quartet supporting her before bringing out Matt Berninger from the National to perform their collaboration, “Walking on a String”. Berninger remained on stage to perform two songs including a cover of Mercury Rev’s “Holes”; he released a studio version afterwards.

Iggy Pop and Laurie Anderson, a smiling duo, began with a Lou Reed poem “We are the People” before Pop discarded his sports coat while performing a stunning Stooges classic, “I Wanna Be Your Dog” with the strings and writhing on the floor. Another unique performance came from actress Sandra Oh, perhaps the most unexpected name on the bill, who reflected with a poem, Allen Ginsberg’s “When the Light Appears”.

But it was Patti Smith who once again brought down the house as she first paid tribute to Kurt Cobain and Ginsberg with “About a Boy” and “Don’t Say Nothing'”. She closed with a wild “People Have the Power”, welcoming back everyone to the stage. Smith took hands with Glass and tried to lead him center stage. However, Glass demurred, so Smith unabashedly went back to leading the resistance. 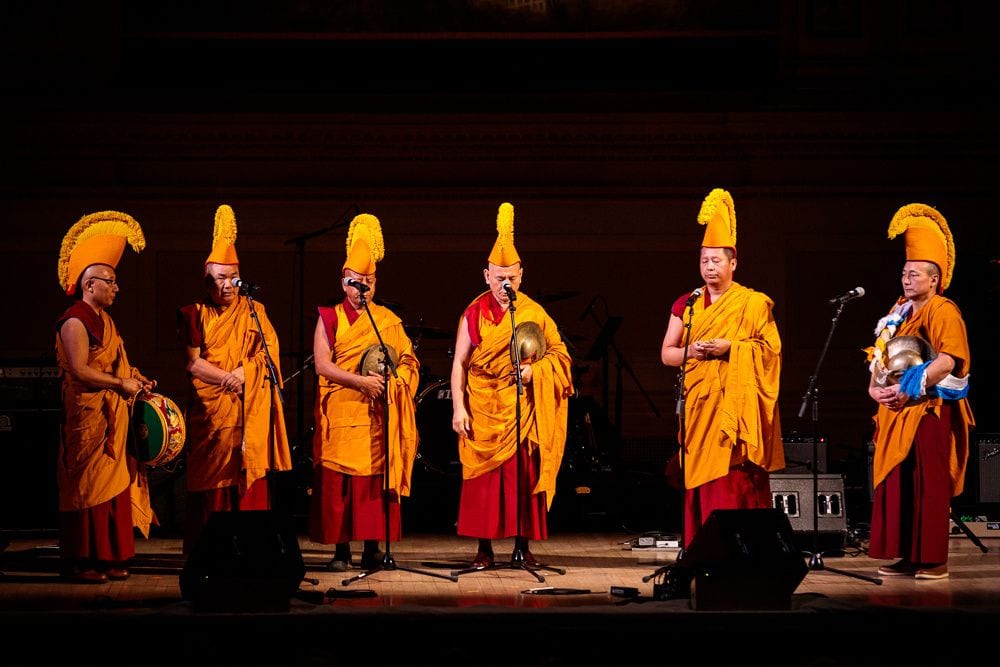 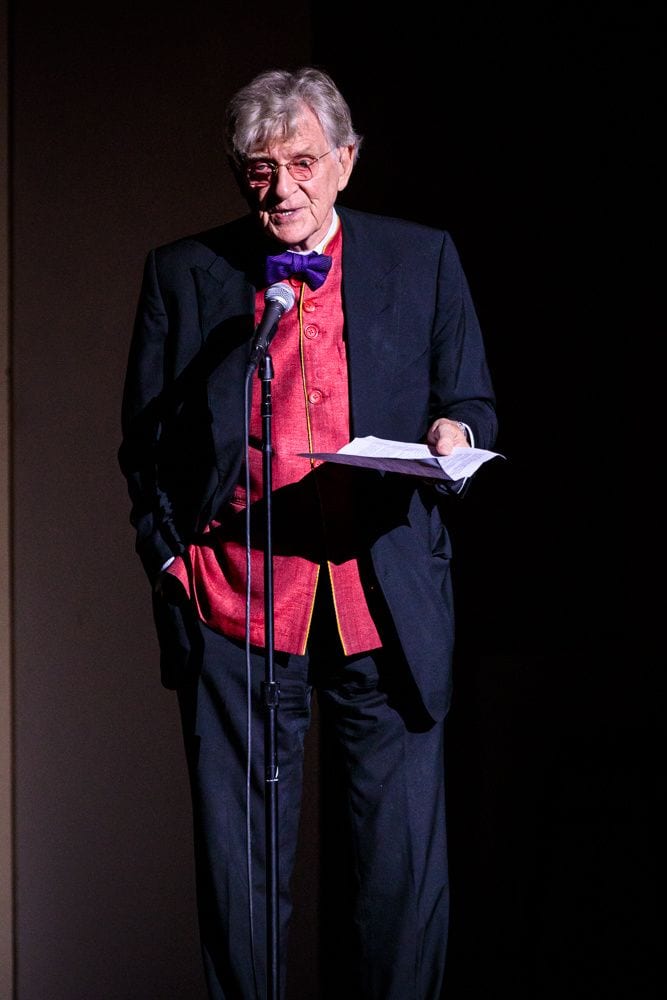 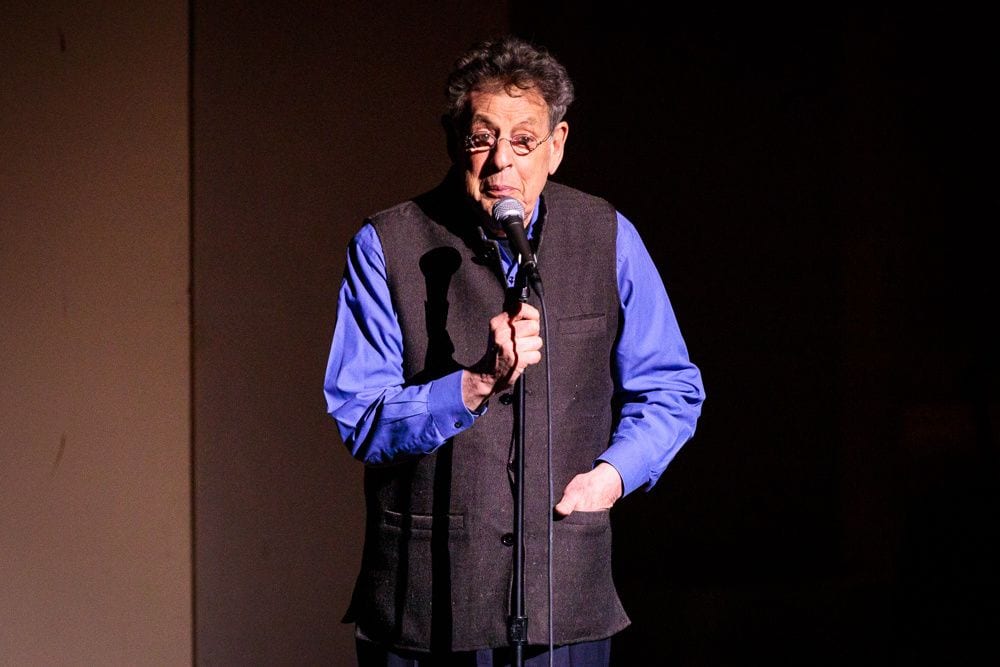 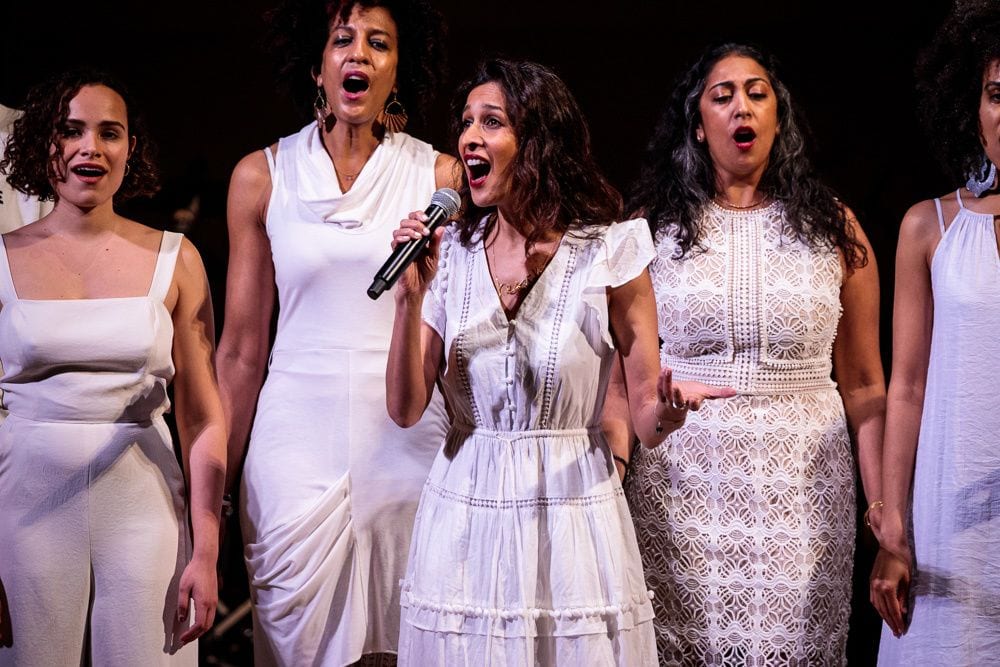 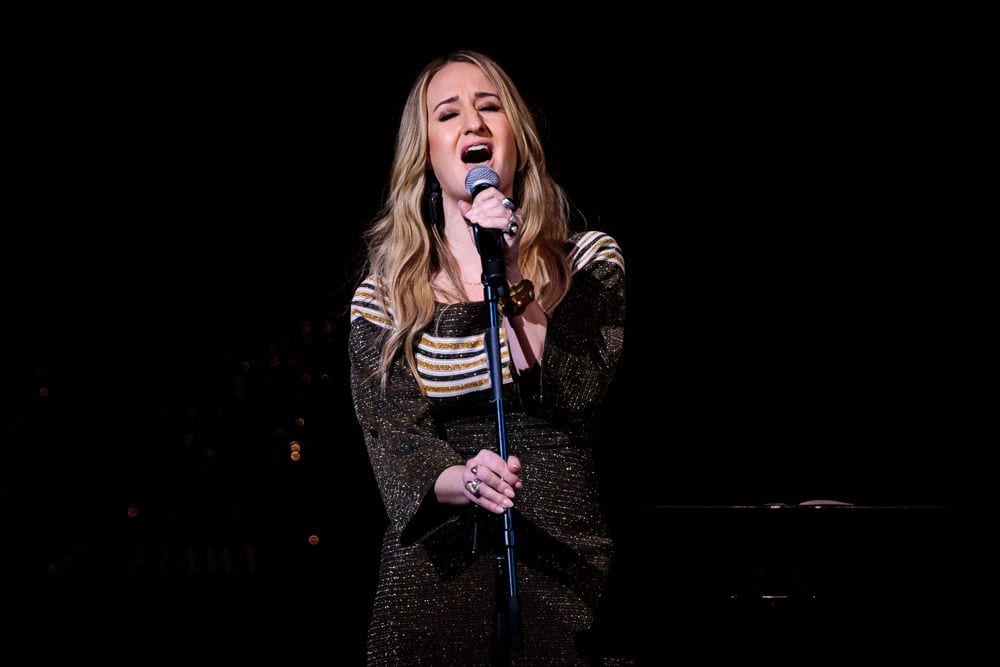 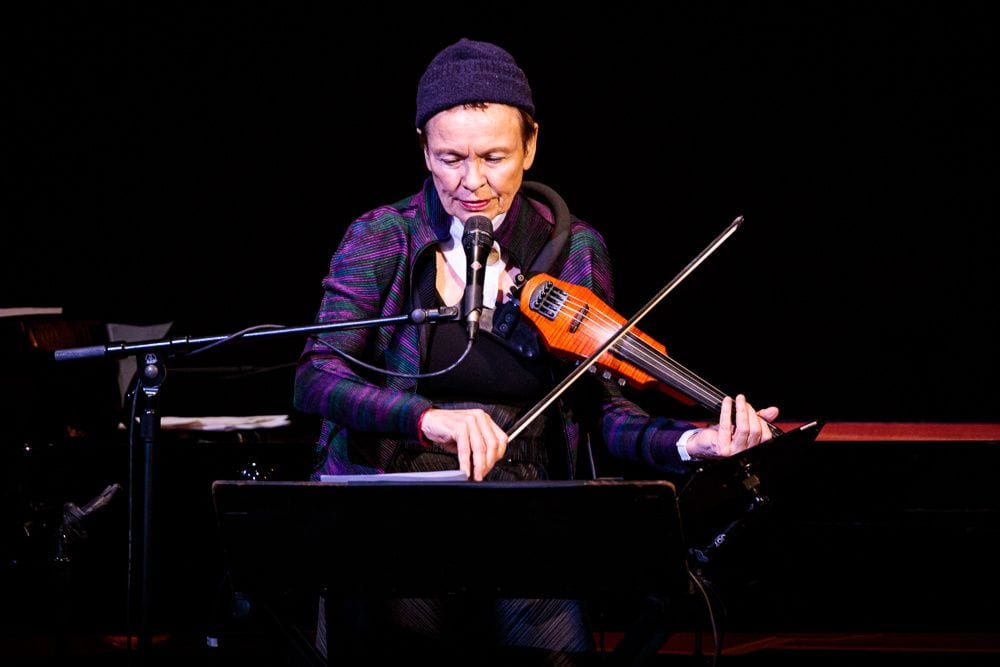 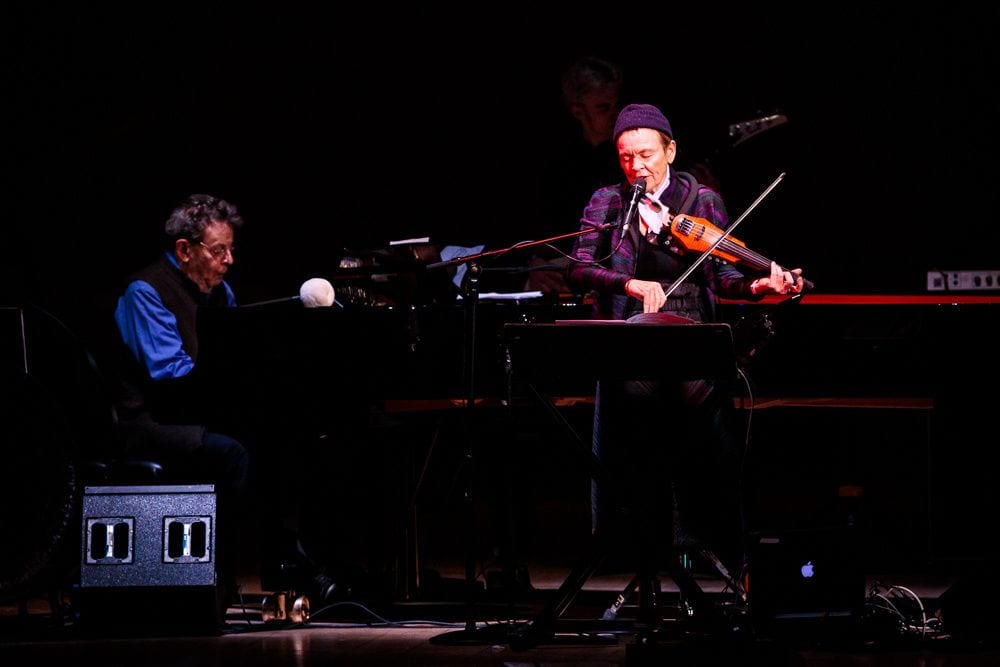 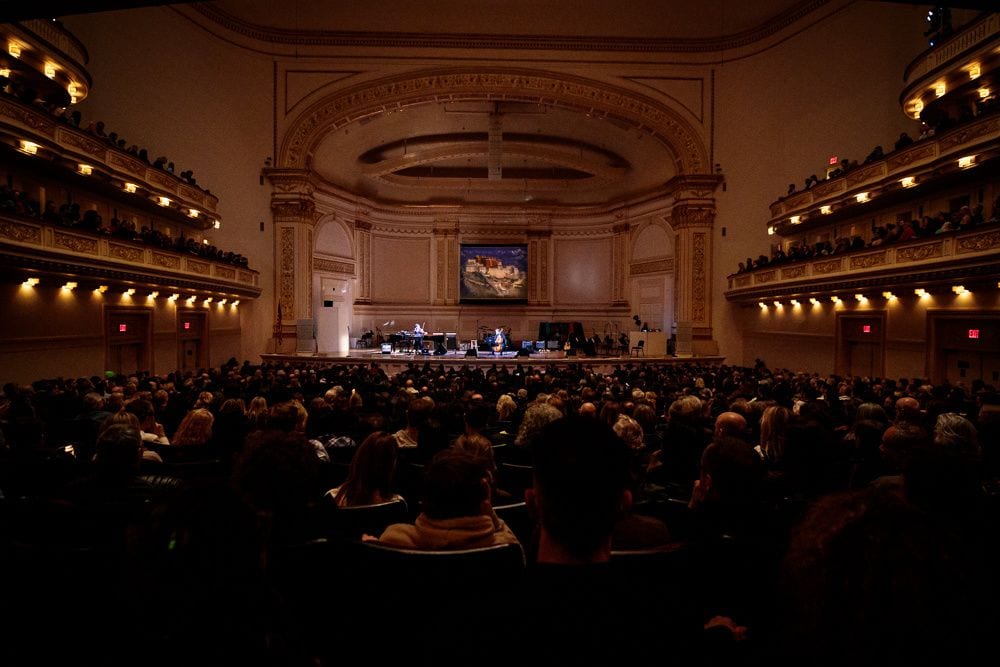 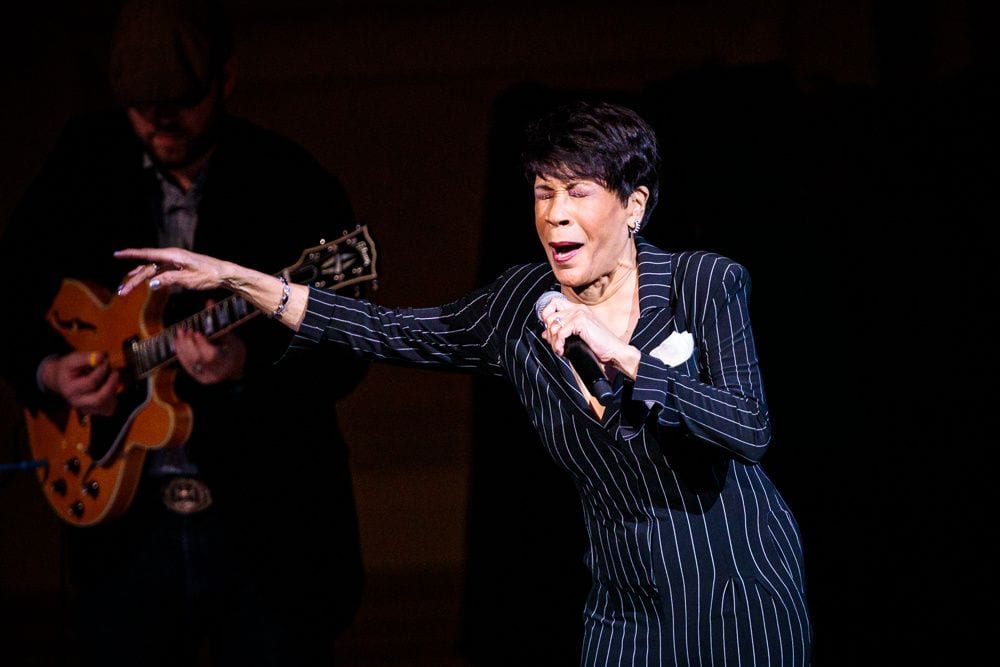 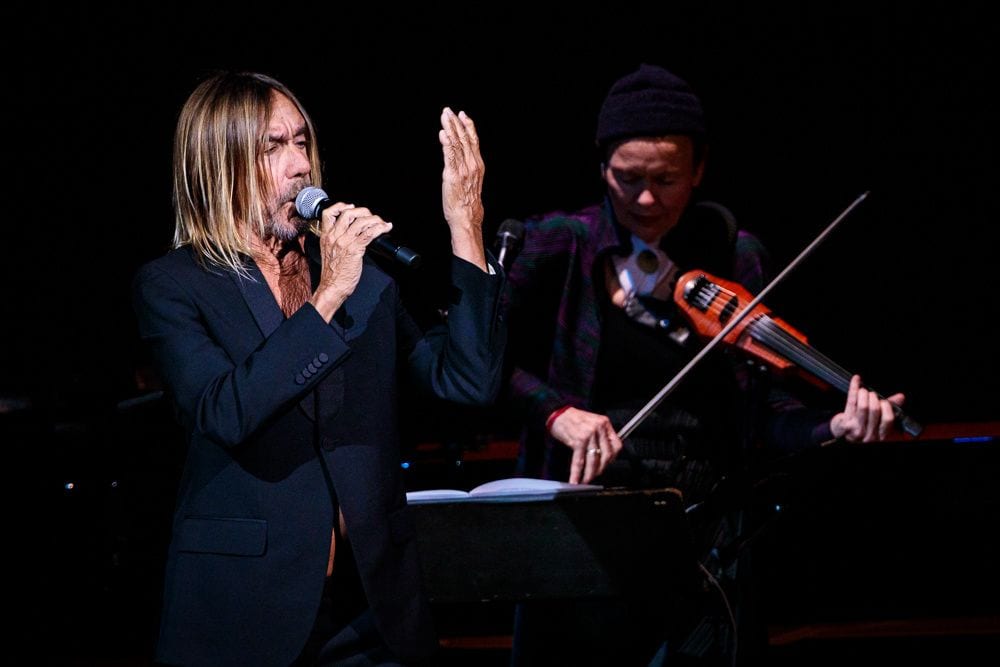 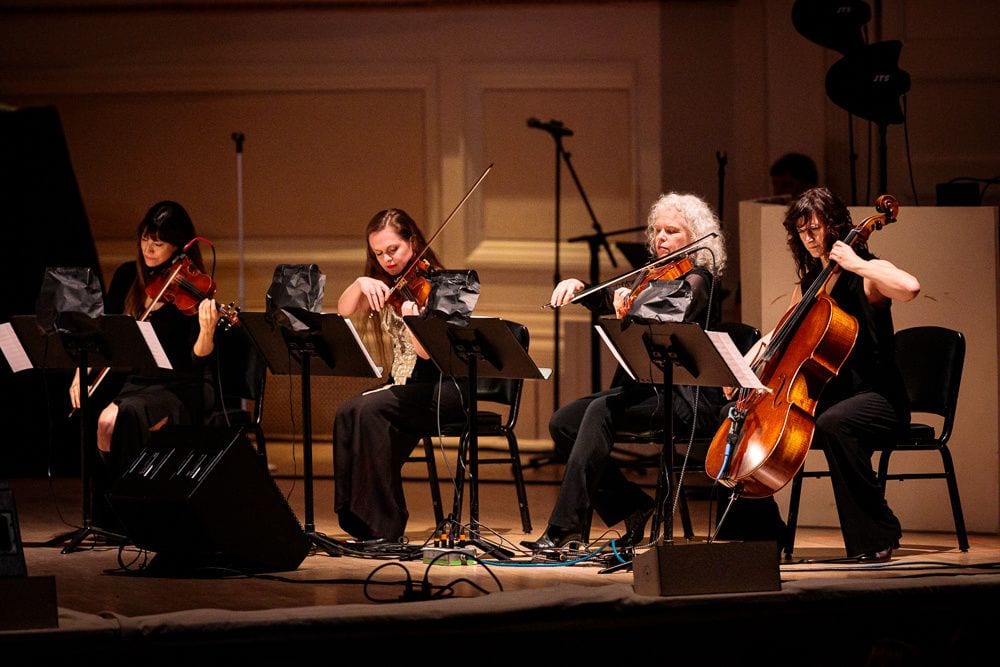 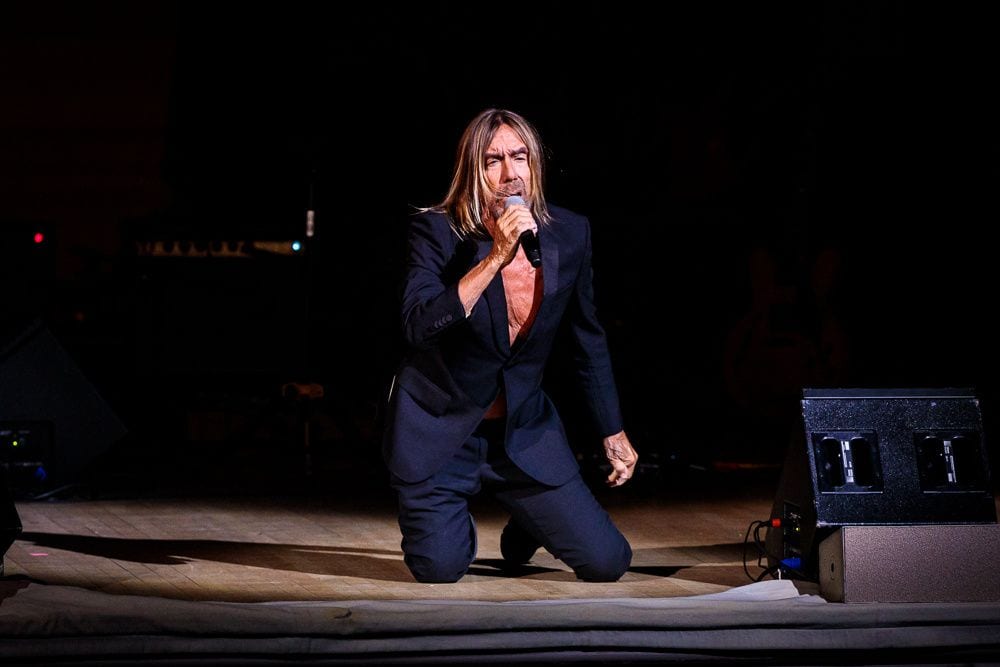 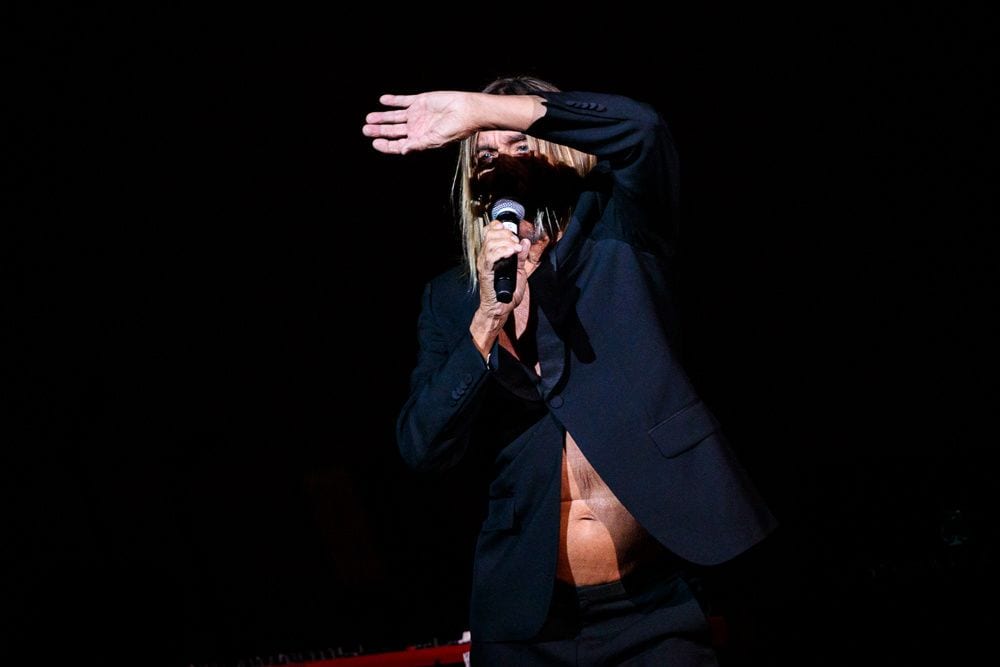 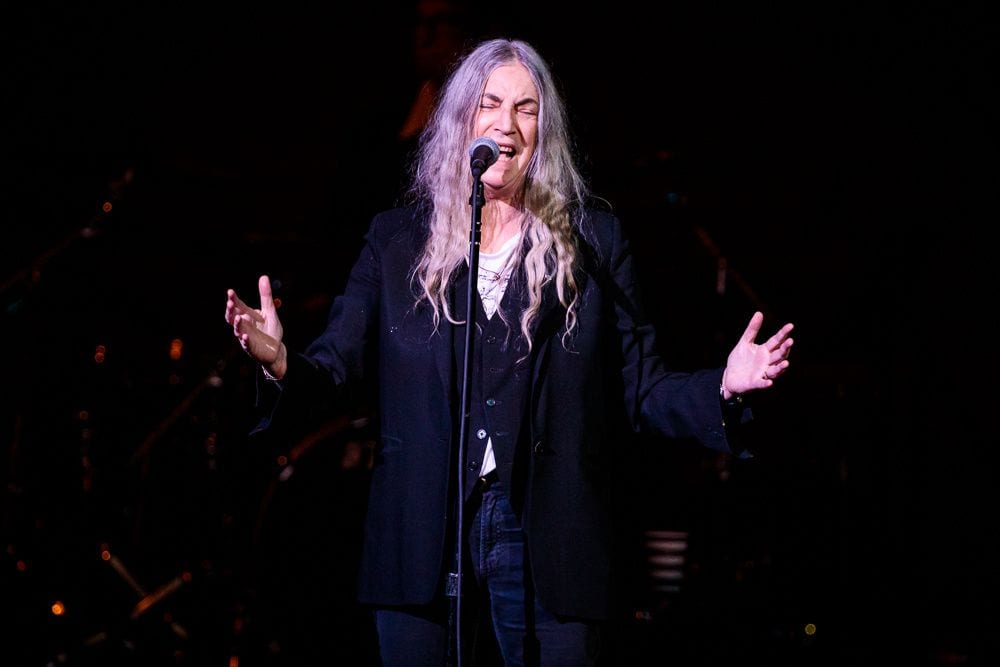 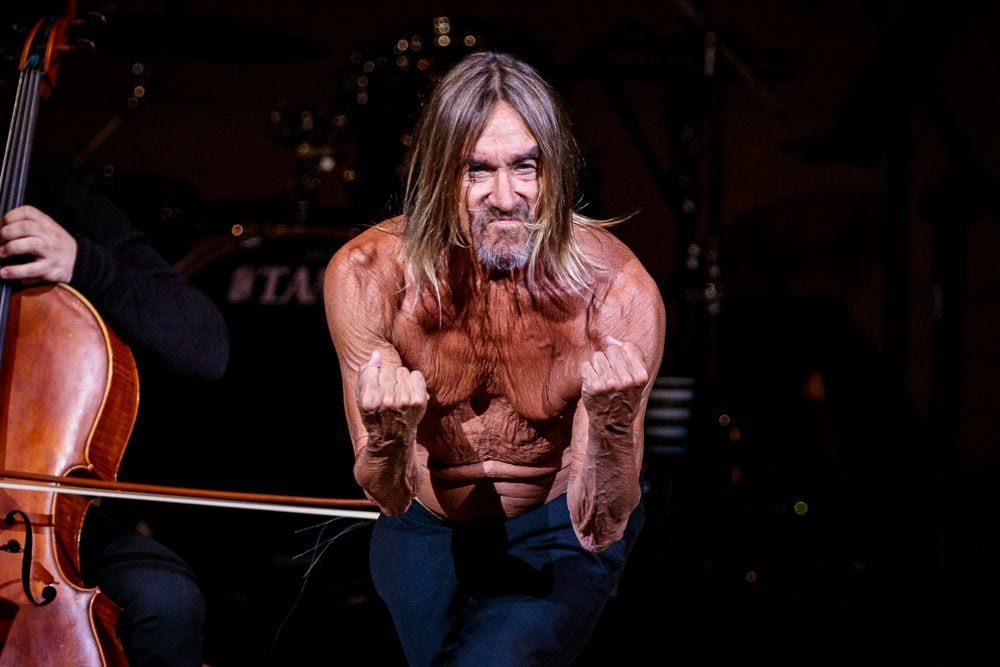 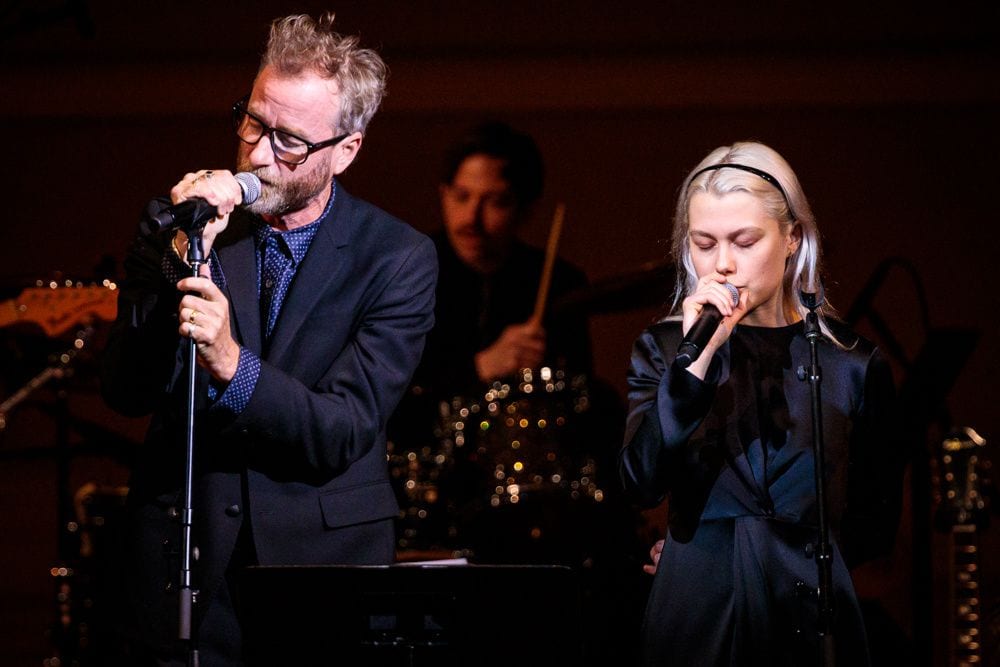 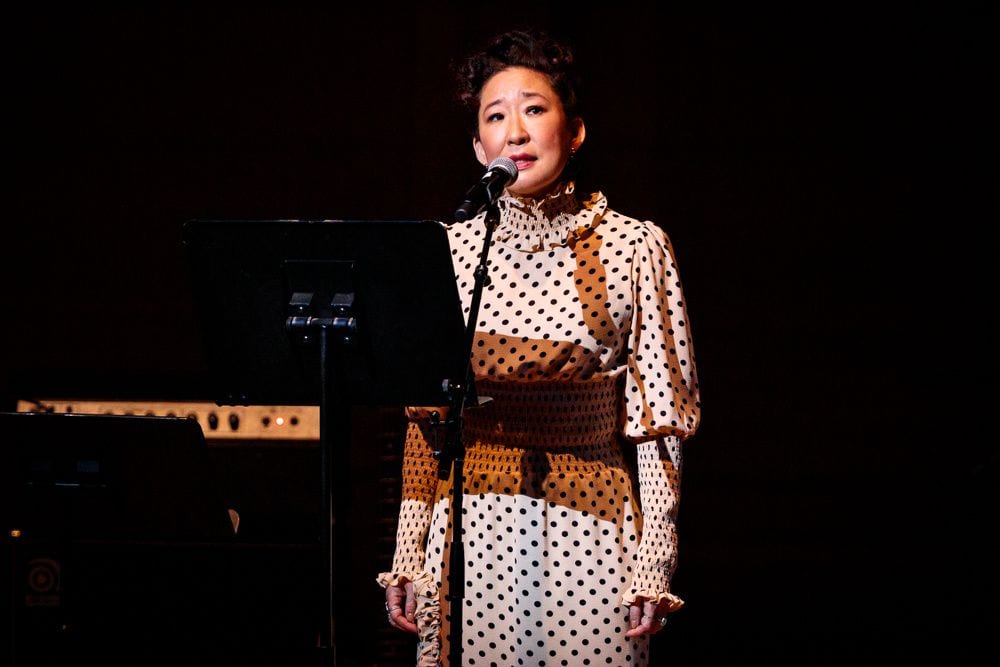 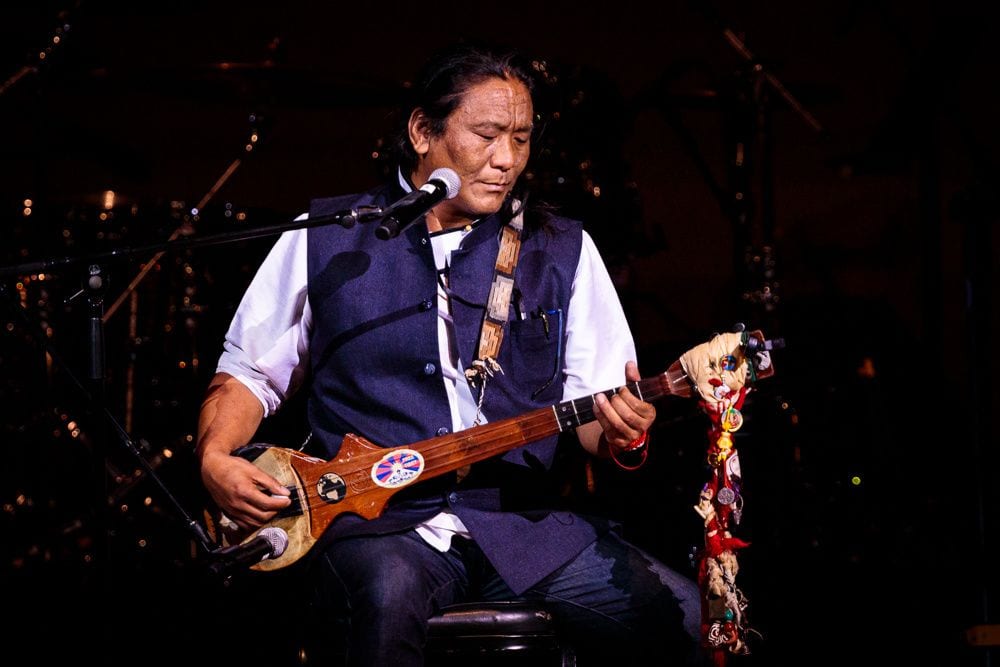 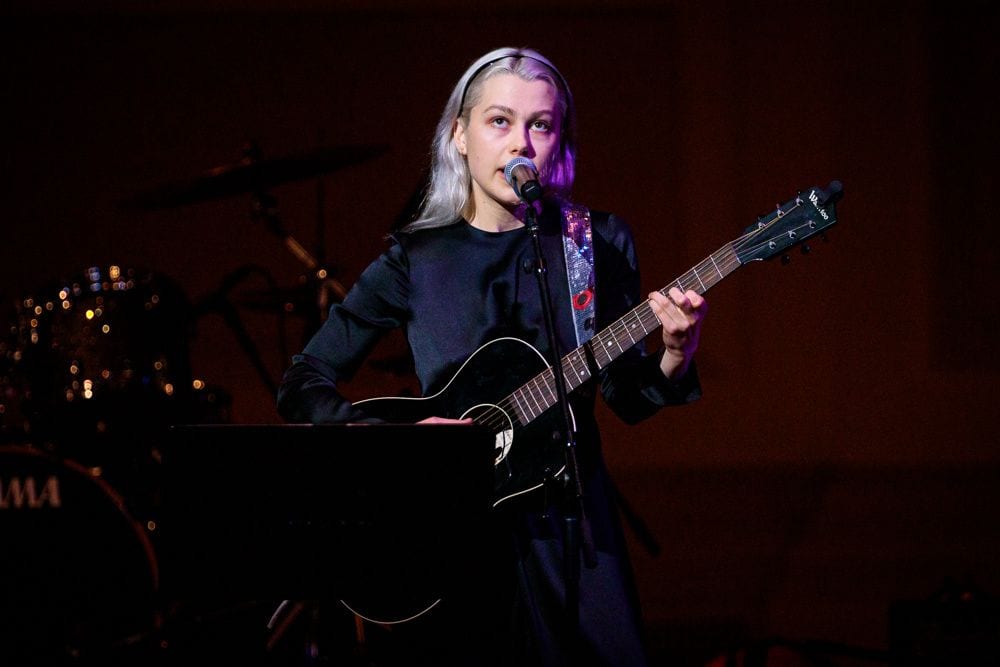 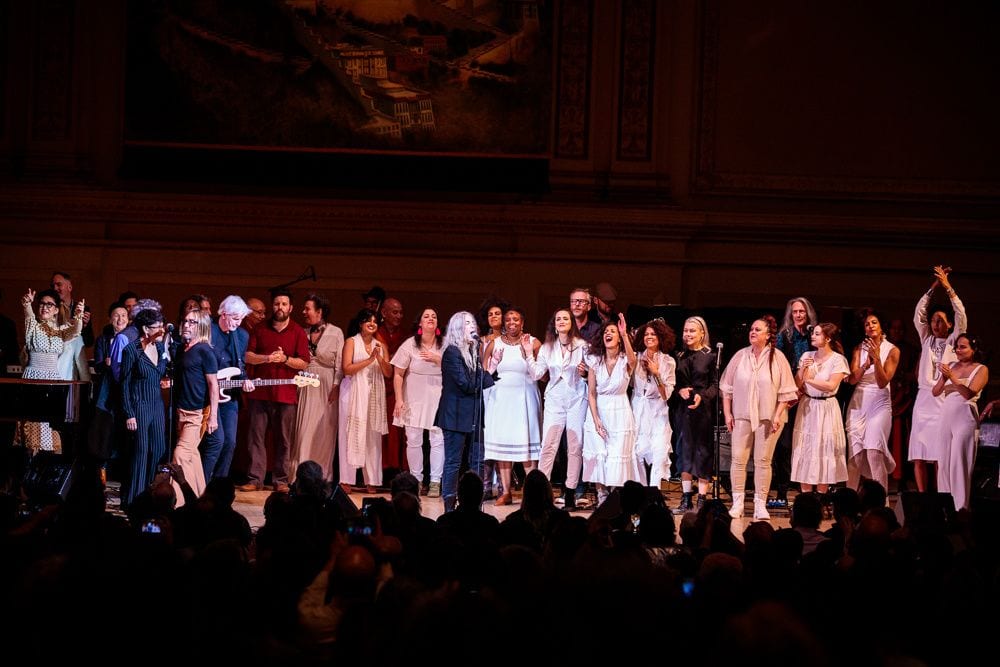 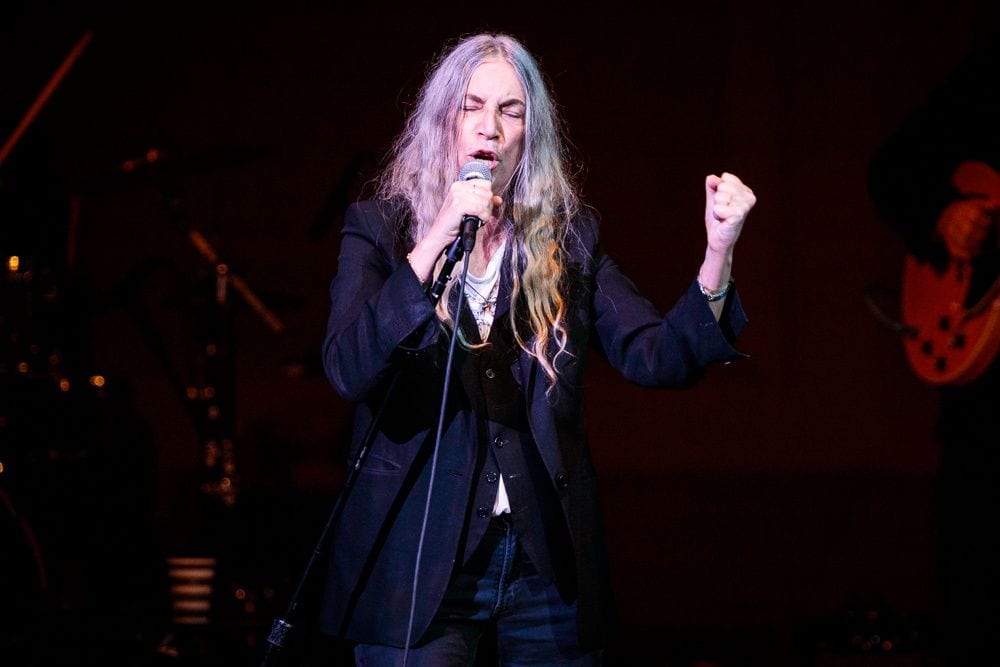 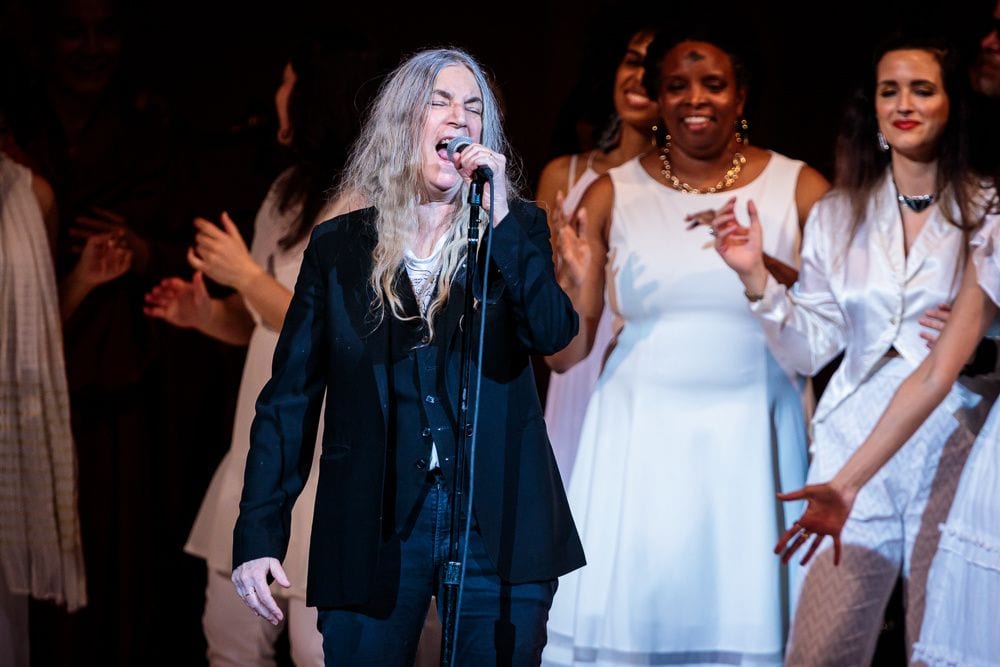 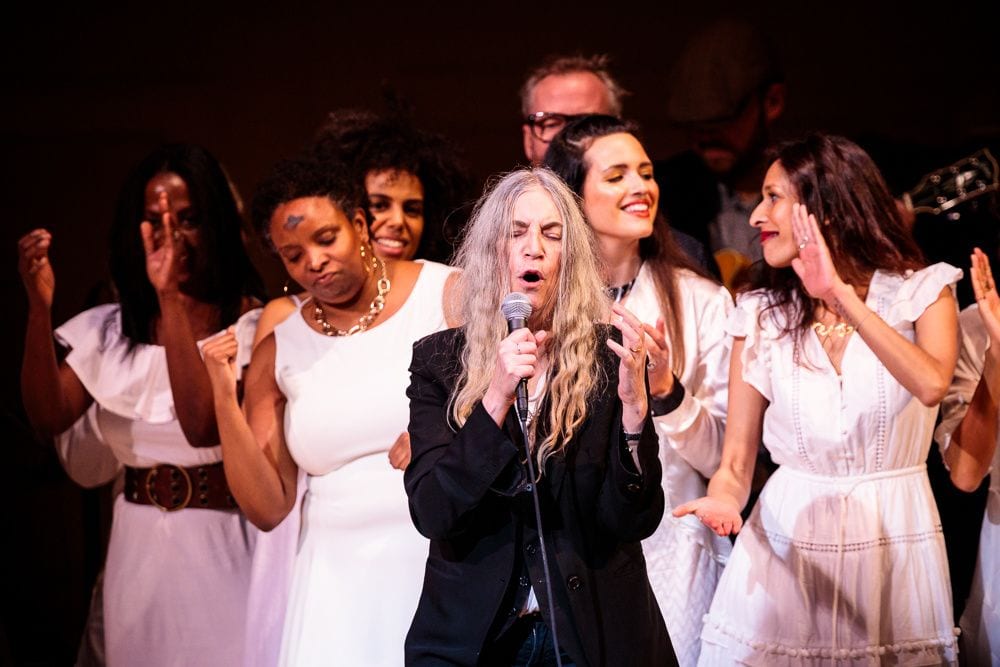 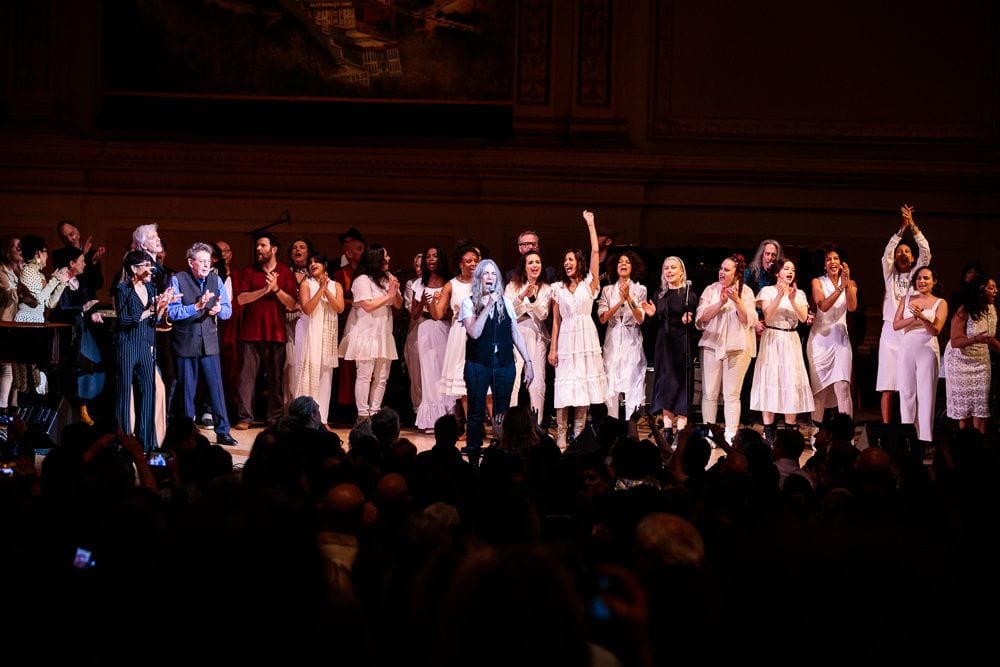 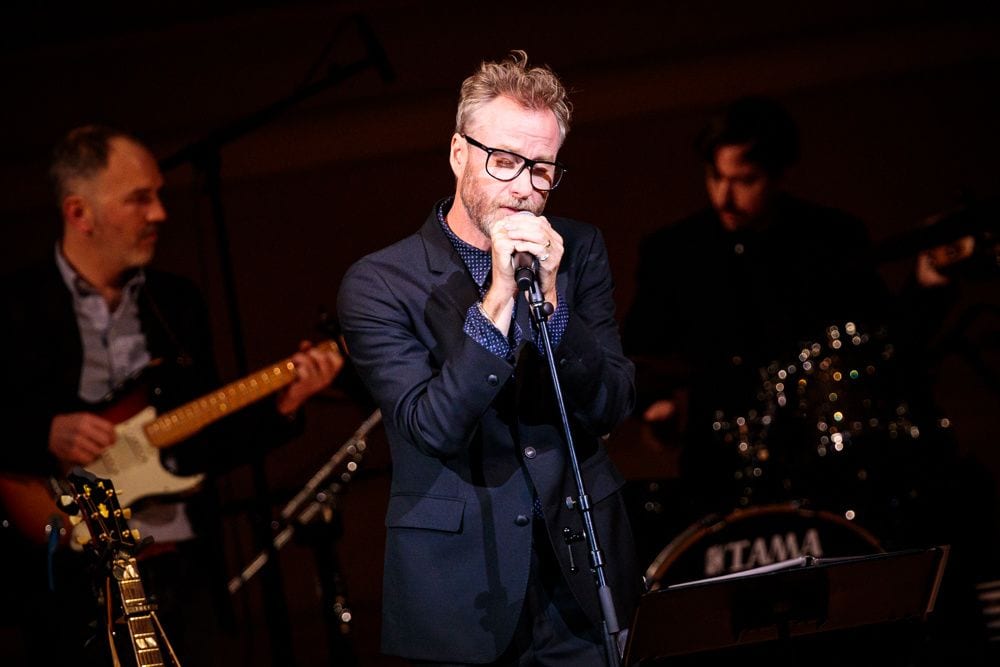 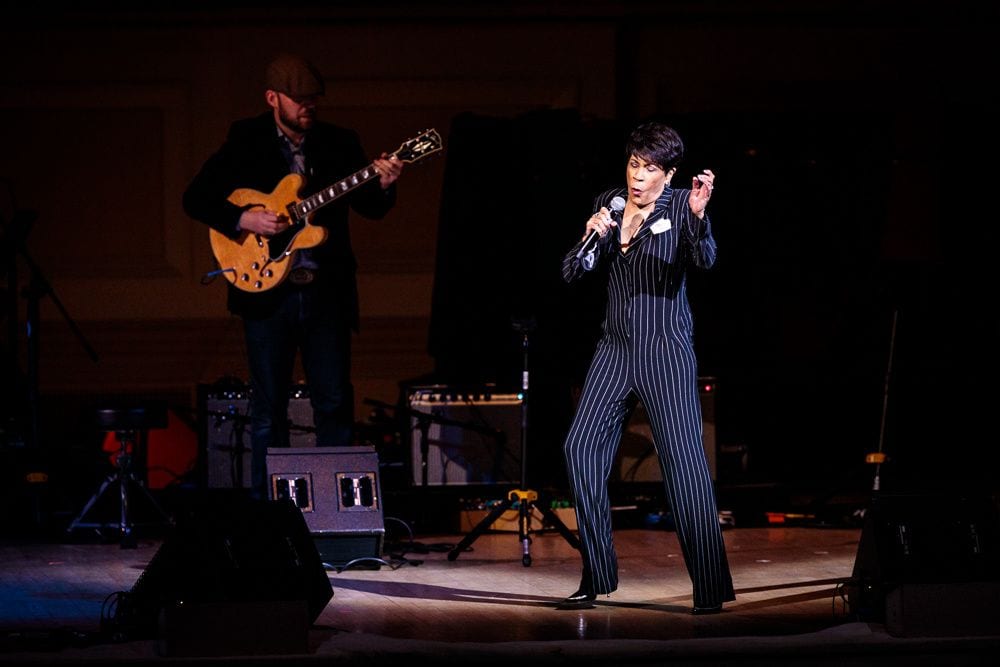 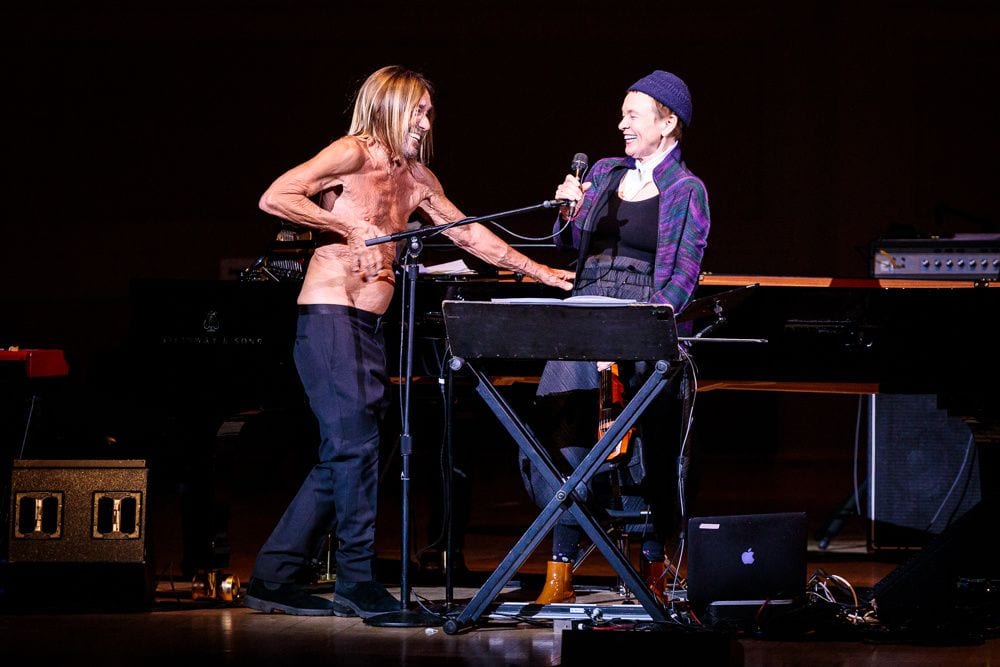 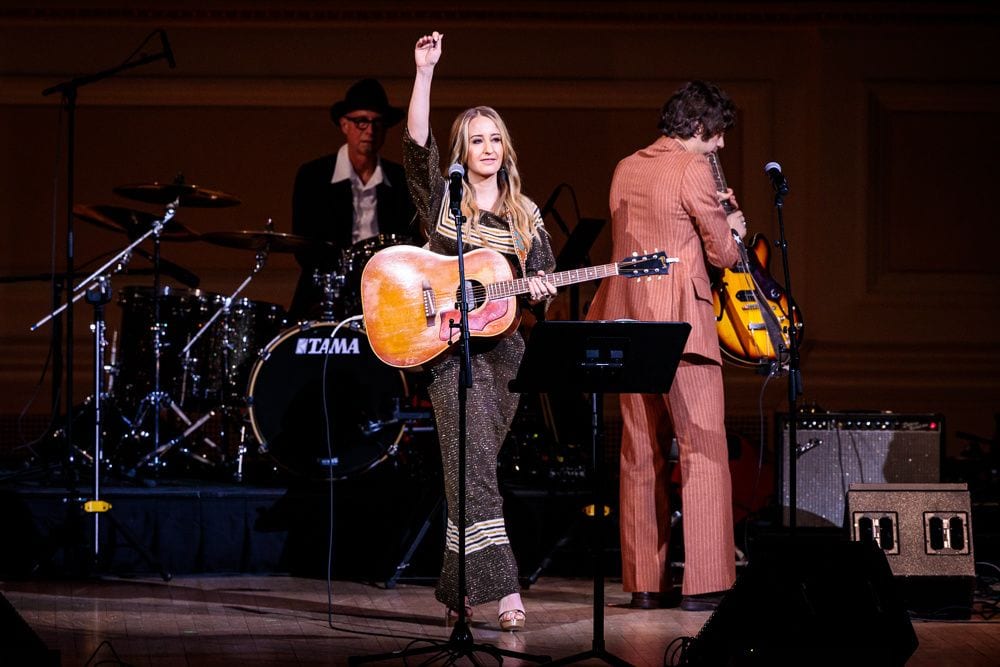 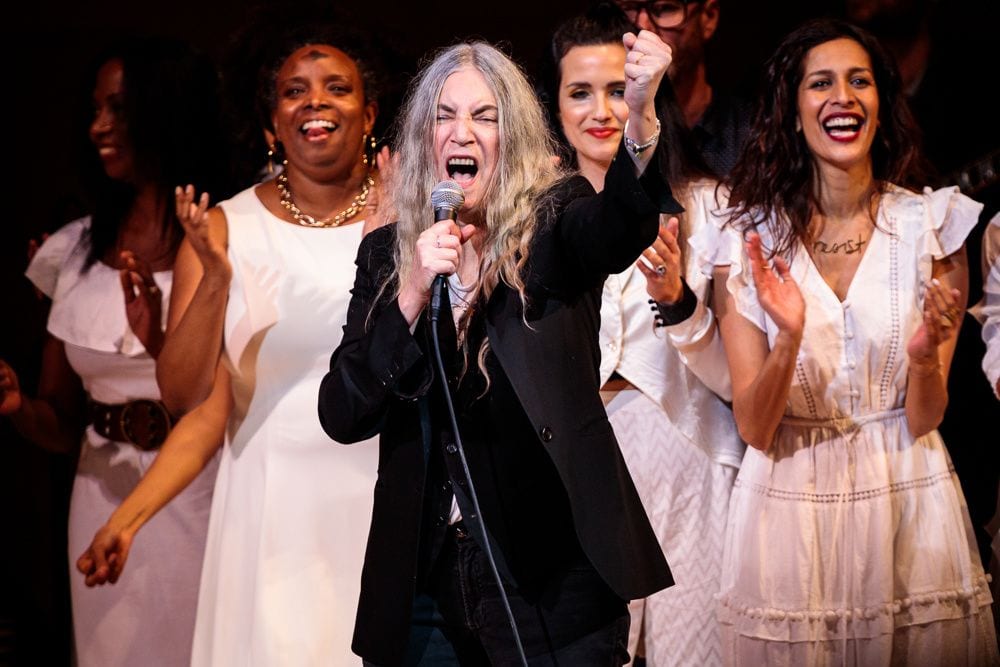 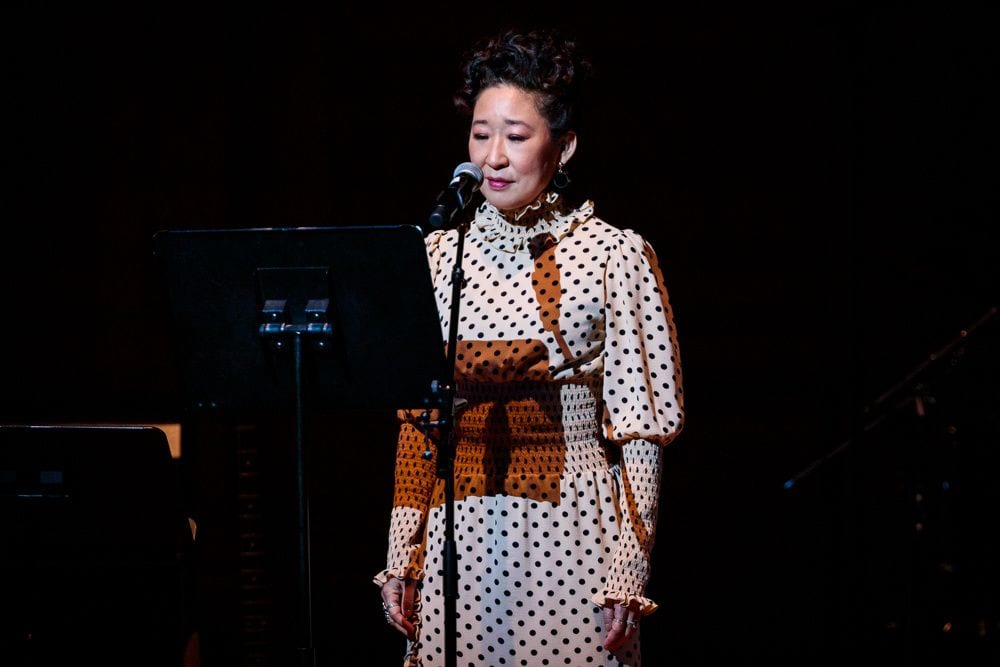