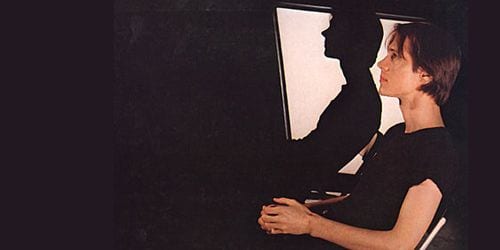 Thank god for liner notes. Sometimes they start conversations, but in the case of the Collector’s Choice reissue of Tom Verlaine’s Words from the Front, they end one before it begins. “It’s not worth rehashing the history of Television here — you should know it already and if you don’t, you need to correct that,” writes Perfect Sound Forever editor (and PopMatters blogger) Jason Gross. “This is a place to talk about Tom Verlaine’s career after the band.”

I could just as easily apply that to this review as well. I’ll assume that your copy of Marquee Moon is as scratched, overplayed, and beaten as mine; that you rightfully regard it as the indisputable masterpiece of skin-tight guitar interplay and darkly poetic lyrics that it is; that you’ve experienced any number of epiphanies induced by the title track guitar solo. I saw the band live in 2007 (for free, no less). At the time, I was terribly guilty of neglecting all things Television outside of those mesmerizing 46 minutes between “See No Evil” and “Torn Curtain”. And so my reaction went something like this:

Companion: “That’s Jimmy Rip. He played on a bunch of Tom’s solo albums.”

Me: “Tom Verlaine did solo albums?”

Honestly, I was shocked, offended even that the band was focusing on material outside of the 1977 debut. Who the hell does Tom Verlaine think he is, opening their supposed final show with some post-rock groove I’ve never heard (“1880 or So”)? And why the reworked version of “Prove It”? The concert slowly drew me in, climaxing with an utterly furious take on “Marquee Moon”, wildly intensified when a disgruntled stage manager signaled Verlaine to cut it halfway through the solo. (Verlaine simply ignored the jerk; the crowd went nuts. A transcendental moment.)

As for me, it all made sense when I grabbed a used copy of the group’s self-titled 1992 reunion effort. This is the same band? It’s a brilliant, albeit eerie blur of a record, comprised more of murky sketches than songs. More than anything, there’s a dark swagger to it: in the quasi-funk riffs of “Shane, She Wrote This”, the filthy, slow-burning groaning on “Mars”, Verlaine’s cooler-than-cool drawl on “Beauty Trip”. It’s a sorely underappreciated record. Though Words from the Front comes closest, I only wish these two solo albums had the same seedy, artfully underwritten charm.

Yes, Tom Verlaine has solo albums. Collectors’ Choice reissued two of them this month: Dreamtime (1981) and Words from the Front (1982). Verlaine devotees often regard the former as an artistic triumph. I can’t imagine why — it’s decent at best and, despite the presence of musicians from the Patti Smith Group, Twisted Sister, and Pretenders, still sounds like the half-assed Television rehashes you’d expect. Forget Marquee Moon; it’s way more in line with the ringing guitar-pop of Adventure. But where Adventure had a crystal-clear production bite accentuating every instrumental nuance, Dreamtime reeks of early `80s murkiness (memo to producer: it’s all in the drums), rendering it much less engaging. Plus, the songwriting is downright lazy: there’s nothing as catchy as “Days” or “Careful”, nothing as inspired as “Carried Away”. Instead, we get a slew of chunky, underwritten “rockers” (“There’s a Reason”, “Mr Blur”, “Down on the Farm”) built on gratingly unmelodic riffs. The soloing, though technically impressive, is never as fluid or moving as on a Television release — perhaps because there isn’t much memorable material to solo on.

Dreamtime does offer up three highlights: “Always”, a fantastic rocker with a fantastic back beat and early-U2-esque chorus (“Love remains the best kept secret in town / Think it over!”); “Fragile”, almost as catchy as the Wire track of the same name; and “Mary Marie”, a moody closer in which the omnipresent murkiness slips away to reveal a fluttering guitar motif and typically cryptic lyrical content. The rest of the album, although decent, runs the gamut from plodding to simply uninteresting. What gives, Verlaine? Creative stagnation in Lloyd’s absence? Whereas Television’s self-titled finds dark beauty in minimalism — the spaces between, more or less — Dreamtime sounds phoned in. Yeah, there’s a difference.

Perhaps Verlaine wasn’t satisfied either, as he recruited an entirely new group of musicians for Words from the Front — most notably Jimmy Rip, then a sessionman guitarist, now a longtime collaborator. It’s certainly an offbeat, weird little record. Gross holds it in particularly high esteem: “If any TV fans damn WFTT, sniffing that it’s not his best solo album, they’re only morons, depriving themselves of some beautiful, memorable work,” he writes. Then, in more condescending terms, “The pop world wasn’t ready for an ambitious record like this, not while it was in the throes of MTV, Thriller, Survivor, Men at Work, and Human League.”

I find the album to be a rather bizarre, muddled affair — a clear link between Adventure and Cover or Television — but also a more entertaining listen than its predecessor. On the one hand, there’s “Postcard from Waterloo”, a shimmering ballad almost off-putting in its melodious completeness. The solo soars, such a pretty moment on an otherwise uninviting record, and the chorus is oddly touching: “So now we must say adieu / I’ll send a postcard from Waterloo”. Then there’s the title track, a war epic “slightly inspired by a Civil War general named Burnside.” The harrowing lyrics — and matching solo — make up for the plodding melody.

And yet we still have a rocker as puzzlingly useless as “Presents Arrived”, in which Verlaine noodles aimlessly over the same irritating riff for five minutes. Or the clumsy “Clear It Away”, a Dreamtime outtake. “I used to crack a lot of safes / Now, here I am dealing scrap”, declares Verlaine atop the most annoying staccato guitar/synth interplay since… well, ever. “Coming Apart” is no better.

Thankfully, it’s all worth it for “Days on the Mountain”, the album’s closer, highpoint, and — to some — most puzzling inclusion. It’s a chilling hodgepodge of a track that should not work but totally does. There’s a haunting interplay between a slippery guitar solo and a tremolo-altered guitar repetition (or is it synth?), all atop an unforgiving, robotic beat. It’s like Public Image Ltd. by way of early Devo, as incoherent as it is completely brilliant. Verlaine’s quavering chants (“Dancing again! Dancing again!”) remain constant as the track evolves into dreamy guitar ripples and, later, razor-sharp synth exclamations. It’s a far cry from “Guiding Light”, to say the least.

Collectors’ Choice adds no bonus tracks (pro or con, you choose), but these reissues are not quite pointless; after all, both albums are long out of print, and the included liner notes are almost extensive and illuminating enough to make the music seem more satisfying than it is. The inevitable conclusion is also strikingly obvious: both albums should be marked ‘fans only’ territory, occasionally rewarding for those devoted enough to wade through the sludge. Casual Marquee Moon admirers, proceed with caution.