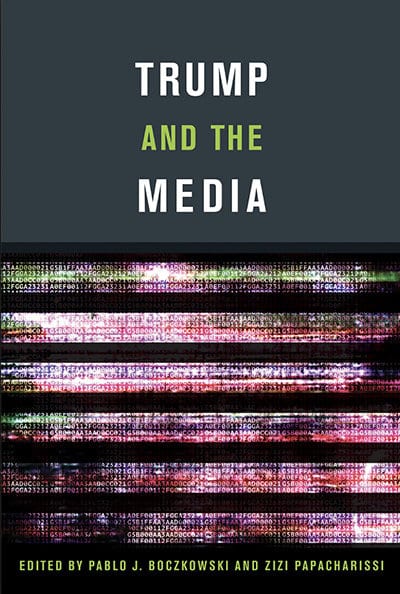 Any assessment of the relationship between the American media and Trump will certainly have to take into account two major acts of domestic terrorism in the second half of October 2018 alone. In one, a 56-year-old man named Cesar Sayoc stands accused of mailing suspicious packages to Hilary Clinton, Barack Obama, CNN, George Soros, and various other anti-Trump activists. In another, a fully-armed suspect named Robert Bowers, 46, enters the Tree of Life synagogue in Pittsburgh, Pennsylvania, kills 11 and injures at least six. Trump declares the former an act of Anti-Semitism yet proves inconsistent regarding the latter. On 27 October, Trump claims he has “…been toned down, if you want to know the truth.” One day later, after a recipient of one of the suspicious packages (billionaire anti-Trump activist and possible 2020 Democratic Presidential candidate Tom Steyer) speaks out on CNN, Trump reacts on Twitter:

“He comes off as a crazed & stumbling lunatic who should be running out of money pretty soon.”

One wonders if Trump and the Media editors Pablo J. Boczkowski and Zizi Papacharissi might have foreseen just how dangerous the connection would become between Trump and the media since his election in November 2016. Did one create the other? Charlie Rose, Matt Lauer, Bill O’Reilly and many other media mouthpieces from that era who gleefully fed the beast in Trump form have been toppled from their perches, but the damage they helped spread may be irreparable. If Trump still truly believes that the mainstream media is not his enemy in particular “but rather the enemy of the people” in general, as he claimed in a February 2017 press conference, how are we to assess the current status of this relationship? Is mainstream media suitably chastened, or will the call for unity and activist journalism (see Dave Karpf‘s essay that closes the book) mark a shining light into all this darkness?

The editors certainly couldn’t have foreseen the removal of CBS President Les Moonves and his infamous quote about the mutually shared blame for our current situation. It’s cited three times in this collection of essays, but Victor Pickard takes it one step beyond in “When Commercialism Trumps Democracy”:

“Trump was the ultimate boon… Leslie Moonves admitted that ‘[Trump’s candidacy] may not be good for America, but it’s damn good for CBS… The money’s rollin’ in and this is fun… this is going to be a very good year for us. Bring it on, Donald. Keep going.”

It’s this theme of self-satisfaction that runs through these essays that makes it so terrifying. We are in it and we areof it. The movie is still rolling. In her essay “Making Journalism Great Again”, Adrienne Russell manages to help us feel a little better about the state of old media in this dark age. She compares The Washington Post’s new tag, “Democracy dies in darkness” with the age-old New York Times tag “All the news that’s fit to print”. Where many have mocked the former’s message as overblown, it’s different from the latter’s in a key way: “The Post‘s new tagline signals a commitment to democracy.”

The warning signs of a failing media system have always been there. Pickard does a good job suggesting that media ownership should be diversified as a way to create true non-profit news media institutions. “Facebook and Google should allocate a small percentage of their revenues for public service journalism…” Of course, here is an instance where the permanence of a printed book is no match for the fluid status of organizations like Facebook and Google when they conspire to allow Russian hackers to influence US elections or sell private information to the NSA. Certainly the wish to restore the idealism of democracy over the seduction of profits is an important wish, but it’s never that easy.

Barbie Zelizer effectively puts Trump in the corner with her essay “Why Journalism In the Age of Trump Shouldn’t Surprise Us”. She notes that the man himself is the product of reality TV, tabloid news, and gossip TV shows. He is the product of that machine and managed to market himself as both victor and victim. Journalism embraced Cold War tools of false equivalences and myths like fair and balanced coverage. In another instance of citing media characters no longer with a platform, she cites how “….Fox News’s Megyn Kelly and NBC’s Matt Lauer soft-pedaled Trump’s flaws.” Perhaps the fact that both Kelly and Lauer are gone from the scene (temporarily or otherwise) is an indication that shifts towards positivity and productivity are happening.

Michael X. Delli Carpini reminds us in his essay “Alternative Facts: Donald Trump and the emergence of a new US Media Regime”, that the past is often prologue if we’re hoping to understand why we are where we are. Thirty years ago, Presidential candidate Ross Perot made distinct and strange appearances on Larry King Live. Bill Clinton played the saxophone on Arsenio Hall, and we moved towards an era when Saturday Night Live‘s Tina Fey portrayed Sarah Palin as a suitably ignorant yet somehow sexy Vice Presidential candidate. (Again, in a case where timing does not help this volume, the reader can only hope that writers are working on essays exploring the possible complicity between Saturday Night Live and Trump to elevate the monster and then make a living destroying it with each successive appearance of Alec Baldwin’s feeble Trump impression.)

What is elite journalism? Who practices it? In his essay “Empirical Failures: Data Journalism, Cultural Identity, and the Trump campaign”, C.W. Anderson looks at the notion that it no longer mattered in a 2016 “post-truth” filter bubble culture, where all news could be curated solely to fit specific demands (not even wants.) The reliance on quantitative, data-driven journalism and the colossal failures of Nate Silver’s FiveThirtyEight to foresee the coming of Trump, even in the final days before the November 2016 election, is the focus of several essays here, as is the suggestion (request?) that reporters do a better job providing a forum for “ordinary Americans”. Michael Schudson provides some effective rules regarding quality journalism:

“[Be] willing… to retract, correct, and implicitly or explicitly apologize for misstatements… Be accurate… Dig for contrary evidence… Be calm and declarative. No hyperventilating.”

A quote from a 4chan contributor still resonates with the fear many of us have about the damaging consequences of participatory journalism: “We actually elected a meme as president.” In their essay “Who’s playing who? Media manipulation in the age of Trump”, Robyn Caplan and Danah Boyd argue that the notion of “fake news” actually started from the Left. When old media faced a financial crisis by 2009 it was followed by an existential one. Andrew L. Mendelson‘s “Lessons From the Paparazzi: Rethinking Photojournalistic Coverage of Trump” looks at the visual coverage of Trump and his family as a positive means of media manipulation:

“…the lack of artistry in paparazzi-style images may increase the journalistic authority for viewers, as facts are emphasized over aesthetics, in a way similar to citizen journalism of breaking news events…”

In Julia Sonnevend‘s “Facts (Almost) Never Win Over Myths”, the premise is effectively spelled out in the opening paragraph: “Among the very few things media scholars have been able to ‘prove’ is the ubiquity of selective perception… Myths transcend facts…” She elaborates on the racist implications of the Trump campaign’s most infamous lines, how they all referred to iconic scenes in their pledges to make America great again, drain the swamp, and build the wall. They were, she writes, “…as if we were reading the Bible or other foundational myths of mankind.”

How can media corporations and practices solve the problems they created? Mike Annany argues, in “Anticipating News: What Trump teaches us about how the networked press can and should imagine,” that the press could resist the rhythms of the administration. The Boston Globe created a mock-up front page in April 2016 of how the US would be under a Trump administration, (as illustrated in Keren Tenenboim-Weinblatt‘s “Media Projections and Trump’s Election,”) but it was done with the understanding that this too would not happen.

Katy E. Pearce‘s “Creeping Towards Authoritarianism?” suffers the most from a sense of outdated relic musings. Again, it would have been hard to forecast the evolution, elevation, and installation of accused sexual predator Brett Kavanaugh as a Supreme Court Justice. Nevertheless, it doesn’t go as far as it could (and should) to examine Trump’s foothold in media, especially with his friends at The National Enquirer. The most base and vulgar forms of what made Trump who he is has roots there and in many of the highest echelons of media power. This is likely to be the one contribution in Trump and the Media that might be expanded or removed for future editions simply because the news about what has happened and why is changing so quickly.

Karpf puts it succinctly and clearly in his essay, “We All Stand Together or We Fall Apart: On the Need for an Adversarial Press in the Age of Trump”:

“Donald Trump lies with impunity about matters large and small. He demands loyalty, not accuracy or honesty, from the members of his administration.”

We are reminded of moments happening at the time of this writing (late October 2018) as Karpf contemplates reprisals against the Press “…coming from both the Trump administration and his allies.” Trump is trying to loosen libel laws and find a way to control by elimination. Karpf’s approach here, and his strident call for action could and should have been the primary voice for this collection. The handful of essays here that don’t stand as strong as they could are weak by no fault of their own. Time and the cyclone of events involving Trump and the media allow little time for assessment or analyzation. Look for this book as an objective survey of the factors that were allowed voice over the past 30 years that brought America to where it is today. Watch for activist writers like Karpf to carry the torch of speaking truth to power. Future volumes of Trump and the Media, compiled when this nightmare regime is mercifully over, will surely have a more welcome, radical tone.