It was standing room only.

Back in April 2017, Scott Hansen’s Tycho took the stage at the Riviera in Chicago, Illinois, a well-worn venue that can seat up to 2,500 people. And Tycho sold the whole thing out without having put out a single album with words on it. In short, Tycho’s distinct brand of electronic-rock hybrid instrumentals, moody and mid-tempo and memorable all at once, has found a hell of an audience in the era of mood-based playlists. So large has Tycho’s stature grown, the outfit even netted a Grammy nomination in 2016 for Best Dance/Electronic Album.

So when Hansen announced to that Chicago audience that this would be an extended set, he also brought out Beacon to perform their remix of the song “See”, which, Hansen noted at the time, was the only song in the Tycho discography to feature vocals.

Two years later, this was no longer true.

Weather, Tycho’s fifth full-length proper, is notable in the fact that it has the breathy, earnest contributions of Saint Sinner (Hannah Cottrell). Cottrell’s lyrics speak to polyamory and being torn between attractions to different genders — topics which reflect her own journey in life. In fact, on this eight-track effort, she sings on five of them, making for a stark contrast in form to prior Tycho efforts, even if, musically, Weather very much carries on the hybrid electronic/organic sound Hansen had mastered on 2016’s Epoch.

So was Hansen ever worried about alienating his fans by making a primarily-vocal album after establishing his band as one of the nation’s go-to instrumental rock acts?

“I wasn’t really considering that as I was making the record, I just sort of had my head down and was following this path and seeing where it led,” Hansen tells PopMatters. “Once the record was finished and I had a moment to reflect on the end result I was certainly conscious of how different it was and how that might be received by longtime fans. But that was the record that came out of that period of my life as an artist and I’m really proud of it.

“Of course I don’t want to alienate anyone but if you’re going to spend 18 months in a room working this hard on something it has to constantly inspire you and you have to believe in it wholeheartedly,” he continues. “I guess this time around I just wasn’t feeling instrumental music enough to make another entire album of it. There will be plenty more instrumental music to come (the instrumental version of the record is out this fall) but I think if people give Weather a chance they’ll see that it isn’t as different from the other records as they think, there’s just a new instrument.”

This, of course, was predated by that Beacon remix of “See”, but in Hansen’s own words, it was the kind of collaboration that came along at the right moment. “The Beacon collaboration was mostly just serendipity but in hindsight, it certainly provided a moment of insight. They had done a remix of ‘See’ that I really liked and it ended up that we were going to be on tour together shortly after. So I was trying to think of ways to incorporate the vocal version of the song into the show and figured it would be interesting to use Tom [Mullarney]’s vocals in a version of the song that more closely resembled the original, kind of a remix of a remix I guess. It was a really interesting experiment and we had a great time playing the song during that tour.” 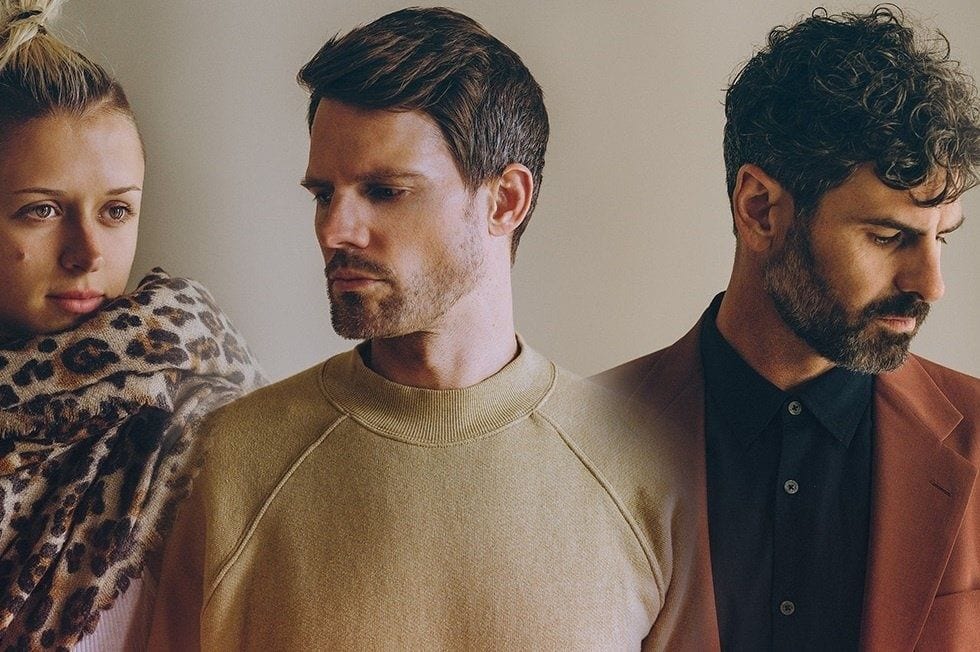 While “Japan” was one of the first hints for fans of how the vocal stylings of Saint Sinner would work into the Tycho sound, many gravitated towards the sparse, emotional song “Skate” as one of the album’s highlights. Cottrell’s lyrics give a mixed message, of clearly caring for someone but not having the same emotional connection they once had. It’s hit home with the opening line of the chorus: “No I won’t save you but I’ll show you how”. Incidentally, this was the first song Hansen and Cottrell worked on.

“We had been introduced by mutual friends and the first time I met her was the first day she came to my studio to record,” Hansen recalls. “I had sent her the instrumental demos and she wrote lyrics to her favorites. She told me to pull up ‘Skate’ and when we started singing I immediately knew I had found the voice for the record.”

While Hansen’s personal favorite on the album is “For How Long” (“The beginning of the first verse always gets me,” he notes), the process is what ultimately separated the creation of Weather from other Tycho albums.

“With the exception of ‘No Stress’, all of the songs existed as instrumentals prior to Hannah coming into the picture,” Hansen explains. “I wanted to have songs that could stand on their own as both vocal and instrumental versions as kind of an experiment to see how an initial idea can change depending on the creative process. I’ll be putting out the instrumentals as an album soon. As for ‘No Stress’, I wrote that specifically for Hannah’s voice after I met her. A lot of the other songs were written to be instrumentals but just kind of evolved into vocal songs, with ‘No Stress’ I wanted to see what it would be like to write a song specifically for vocals.”

Of course, with this change in dynamic, so also comes a change with Tycho as a touring act, as Saint Sinner will be joining Tycho on every single date of their upcoming tour. As Hansen was speaking to PopMatters, he was noting how they had just had finished their first few dates together to great success:

“We just got back from a short first tour with the new songs and Hannah on board. We did some dates in Australia and Japan including the Sydney Opera House and Fuji Rock so it was definitely an intense re-entry into touring life. I thought the new stuff might take a little time to connect so I didn’t have much in the way of expectations. But it was a really nice surprise to see the positive reaction the new songs got, particularly the vocal tracks. People were singing along, it was kind of crazy.”

Now that Tycho is more popular than ever, Hansen seems to be in a pleasant headspace as he heads out into the world of touring, new vocalist and new album in tow. To hear him talk about it, he is delighted, noting that “I definitely feel more inspired than I have in a long time and I just want to keep exploring and trying different things. I think in a lot of ways I did what I originally set out to do with music so it’s time to set a new course and see where it leads.”