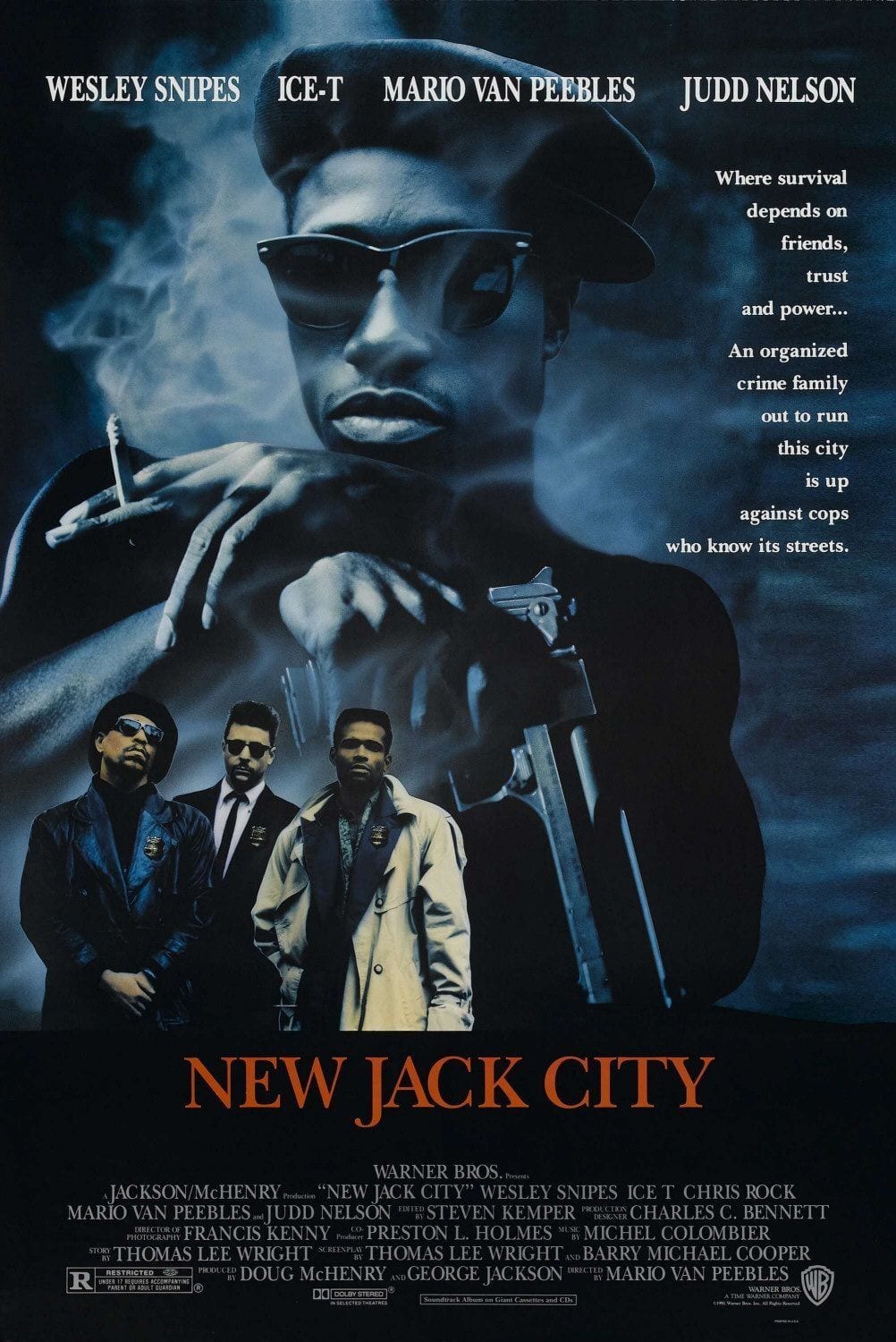 The explosion of the “hood film” genre in late 20th century African American cinema arguably doubled as an extension of the street performances of the 1960s and blaxploitation films of the 1970s, while ushering in a new vehicle of post-Civil Rights Black expression accessible to a wider, whiter, mainstream audience. Powerful, gripping narratives of urban poverty, disenfranchisement, hustle, and, ultimately, (young) Black manhood, hood films thrived in the early to middle 1990s. Unlike the majority of its predecessors, hood films did not cater specifically to African Americans. They weren’t what critic Bambi Haggins refers to as “FUBU — For Us by Us” — borrowing from the African American clothing line of the same name — instead carving out space for a multiracial audience to experience the unique peculiarities of the contemporary African American experience.

Predominantly set in the inner cities of America’s metropolitan hubs like New York and Los Angeles during the 1980s and 1990s, these films leaned heavily on the conceptualization of urban African American life as broke, short, nihilistic, and violent. Particularly striking is the parallels of hood films as a visual complement to a then-burgeoning hip-hop culture, borrowing and building upon not only its aesthetics but also using rappers (and oftentimes their narratives) to spearhead their casts and contribute to the films’ soundtracks. Hood films arguably propagated hip hop’s gangsta rap agenda, a fast-rising subgenre of stories of police brutality, early death, and “fuck it” mentalities. Undeniably west coast affiliated acts like N.W.A., Compton’s Most Wanted, Ice-T, Too $hort, and, on good days, Tupac Shakur gained notoriety for their jolting lyrics and unapologetically anarchic ways of living.

Gangsta rappers’ notoriety and appearances in urban hood films catapulted them to the forefront as authentic representations of contemporary Black life. Films like New Jack City and Boyz N the Hood, which star two widely recognizable and culturally identified gangsta rappers Ice-T and Ice Cube, respectively, signify the shift in hip-hop’s role as a perpetrator of urban Black life. The danger, however, becomes the pigeonholing and dismissal of Black experiences outside gangsta-dom as inauthentic and, equally important, unprofitable. As Mark Anthony Neal posits in What the Music Said: “[H]igh profile figures stimulate mass-market exchange as a form of social integration while denying Blacks access to the type of economic and political power that revolutionary rhetoric targeted.”

Attempting to wade through a seemingly impenetrable urban Black poverty birthed from the 1980s crack epidemic and high levels of Black unemployment left over from the 1970s, hood film stories take particular interest in the impact of such events on frustrated and often disenfranchised Black youth. Intentionally focusing on a generation removed from the Black liberation movements of the 1960s, hood films are a jarring eviction notice for traditional Civil Rights rhetoric and, possibly, leadership — “What has the Civil Rights movement done for me lately?”

While the story of drug addiction and impoverished Black folks is certainly no new experience — although the depth of such struggles may be for some — struggle was a primary staple in Blaxploitation films. The anti-hero, often the embodiment of resistance against the white establishment and “order” in the form of a vigilante and even a pimp or drug dealer, dominated the inner city and the street corners of Blaxploitation films. The desire to celebrate heroes like Superfly, Shaft, and Dolemite suggests a yearning for not only an accessible hero but a vehicle to express the frustration and disenfranchisement of an African American working class. Blaxploitation films, often politically and ideologically conscious of the plight of Black Americans, also capitalized upon them, creating a space where the immediate post-Civil Rights African American experience could manifest apart from and counter to America’s cultural push to dismiss race as a primary indicator of identity and privilege.

The comparisons between 1970s Blaxploitation films and the hood films of the 1990s are not a stretch, especially when thinking about New Jack City. Named after screenwriter Barry Michael Cooper’s 1987 Village Voice article “Kids Killing Kids: New Jack City Eats Its Young”, New Jack City is a gripping drama looking at the crack epidemic in New York City. Directed by Mario Van Peebles, son of film producer Melvin Van Peebles, notably known for Sweet Sweetback’s Baadasssss (1971), New Jack City pulls from 1970s Black film and music aesthetics to update the Blaxploitation narrative for a late 20th-century audience. The film focuses on the illegal empire and destruction of drug dealer Nino Brown, played by Wesley Snipes, and his crew, the Cash Money Brothers (C.M.B.) — no Birdman or Weezy… yet.

Enter rapper Ice-T as Scotty Appleton, an undercover cop with an agenda. After numerous failed attempts to infiltrate the Carter, C.M.B.’s headquarters, Scotty and his partner Nick (played by Judd Nelson) recruit recovering crack addict Pookie — a jarring and memorable performance by Chris Rock — to work undercover for them. Perhaps Ice T’s saving grace is that Scotty Appleton is much more gangsta than his name lets on. Scotty is portrayed to be much keener to street life than a “traditional” cop. Street savvy and grit help Scotty infiltrate Nino Brown’s inner circle and C.M.B.’s inner workings.

Ice-T’s portrayal of a cop is undeniably ironic, considering his admitted criminal background and apparent disdain for the law. And then there’s his punk rap band Body Count’s highly controversial and stigmatized “Cop Killer”, recorded in 1990 before T’s acting debut. But it is Ice-T’s controversial image and notoriety as a gangsta rapper, however, that breathes life into Scotty Appleton’s character and gives him that street credibility needed to make his character believable. Ice-T dangerously treads between performance and his own lived experiences, unorthodoxly portraying Scotty to teeter between his civic obligations and his vendetta.

This battle between morality and vengeance signifies Nino and Scotty’s relationship throughout the film. If the situation suits it, Scotty leans on morality to advance his vendetta. To save his cover and get closer to Nino, for example, Scotty dimes out C.M.B. member Gee Money (Alan Payne) for his side drug operation. But it is the tense scene of Nino telling Scotty about his first murder, however, that illuminates Scotty’s inner struggle. The woman’s death holds considerable meaning to both men. As Nino nonchalantly talks about the murder of the young woman — in his mind, a random stranger with no emotional attachment — Scotty struggles to maintain his composure and match Nino’s coolness: The dead woman is Scotty’s mother. When Scotty asks Nino if it was a personal attack or if he had any remorse, Nino coolly answers, “It’s never personal. It’s always business.”

Scotty’s rage stews until the climactic scene of Nino’s arrest when Scotty beats him mercilessly and attempts to shoot him. His response — “This ain’t business, bitch! This is personal” — signals Scotty’s desires to resort to the street — get and get got — and take justice into his own hands. His violent reproach also alludes to the vigilantism popular in Blaxploitation films, in which “white man’s justice” is still an injustice. Scotty, however, is persuaded by his partner to let Nino stand trial, a tug at his morality as a cop. Ultimately, Nino is murdered on the court steps by one of the frustrated citizens who lived in the Carter projects. Indeed, street justice wins out, and the movie ends.

Aside from the new ground the film tills, the New Jack City soundtrack also ushers in a new era or urban Black sound: “New Jack Swing” was a hybrid of gritty “street” instrumentals and R&B. Arguably, the primary architect of the New Jack Swing sound, producer Teddy Riley of Guy and later Blackstreet fame arranged New Jack City‘s soundtrack. Like its movie counterpart, the soundtrack blends defined spaces of Black sound and performance to create a unique, upbeat sonic backdrop to the 1990s urban life and drama. While R&B and rap collaborations are considered the norm today, New Jack City‘s collaborations were considered experimental and fresh.

“For the Love of Money/Living for the City” performed by R&B groups Troop, Levert, and (at the time) rapper Queen Latifah sampled two well known social commentary songs to describe the “new” urban landscape; the O’Jays “For the Love of Money” — Levert member Gerald is the son of O’Jays member Eddie Levert — and Stevie Wonder’s “Living for the City” spoke to the ills and pitfalls of city life of the 1970s. By sampling these songs, both agency and artistic merit are “remixed” to speak to a more contemporary audience. The song plays on the culturally identifiable Blackness of the sampled songs’ content as well as the familiarity of the instrumental sound. Other songs like newbie Color Me Badd’s “I Wanna Sex You Up”, Christopher Williams’ “I’m Dreamin'”, 2Live Crew’s “In the Dust”, and Ice-T’s “New Jack Hustler” cover the gamut of not only themes from the movie, but understandings of urban street culture at that moment: explicit sexuality, hustling, violence, and early death.

New Jack City and, specifically, Scotty Appleton break ground for future undercover cop dramas in Black cinema, such as Deep Cover, In Too Deep (the reason I still cringe when I see a pool stick), and Brooklyn’s Finest. Ironically, this type of undercover cop’s lived (read: street) experience is necessary to infiltrate what is otherwise deemed an impenetrable Black space. The balancing act of Blackness, manhood, and morality signified by their careers in law enforcement (considered a traditionally white space) often collapses, if not blurs, boundaries between actuality and performed existence. But the performance of the Black male thug trope — performance doubly meaning the actor and his undercover operation — sustains inherently pathological and restricting spaces of identity and discourse that Black men often cannot escape and at times are forced to maintain relevance and visibility.

This article was originally published on 9 October 2011.