Comprised of drummer Chris Romano, bassist/cellist Wilhelmus Sapanaro, guitarist Geoffrey Schaefer, and guitarist/violinist/violist Michael Buonanno, New York quartet Valence has spent the last decade or so earning distinction as a superlative force in instrumental progressive rock/metal. By blending elements of classical, jazz, and jam rock into that aforementioned core, they conjure peer likes Animals as Leaders, Nova Collective, and Scale the Summit while also sustaining their own identity. Nowhere is this precise formula better perfected than on their latest LP, Cognitive Dissidents. The follow-up to 2014’s Laser Baron EP (which won an Independent Music Award), the sequence is a relentlessly intricate and unpredictable—yet remarkably unified and welcoming—bit of wordless storytelling that will certainly captivate fans of the style.

Cognitive Dissidents was recorded with a focus on maintaining an organic nature. Buonanno clarifies that they craft material “much like a composer would a piece of classical music. We write long-form pieces that treat the different instruments (and the various effects we use) like different parts of an orchestra and have an almost narrative quality to them.” Similarly, Schaefer says that the full-length isn’t a traditional concept album, but rather a four-part collection of “musical ideas—melodies and chord progressions—that appear throughout [it] and make it all feel cohesive and connected”, adding that its lengthy creation process (over a year) has resulted in “our magnum opus and [we] are so happy for PopMatters to be able to stream it early for everyone”.

Valence‘s sublime synthesis of creativity and complexity is apparent from the start, with opener “Damnit, Lana!” providing an explosion of dynamic riffs and rhythms that mesmerize melodically and technically in equal measure. From there, “The Dude Suite” (a mini-epic onto itself) cumulatively offers a wider array of speckled instrumentation, spacey coatings, and calm segues. In contrast, the penultimate “Walrus” bursts with circular counterpoints and staggering tempo shifts without ever feeling unfocused, while closer “Red Sky at Morning” evokes grandiose finality via a balance of symphonic/jazzy introspection, cathartic chants, and in-your-face reactions. As the lengthiest and most multifaceted entry on the record, it’s a comprehensive solidification of Valence’s ability to pull off a singular vision.

Don’t just take our word for it, though. Check out Cognitive Dissidents, which releases on 12 April, and, if you can, be sure to catch them on tour in the coming weeks. 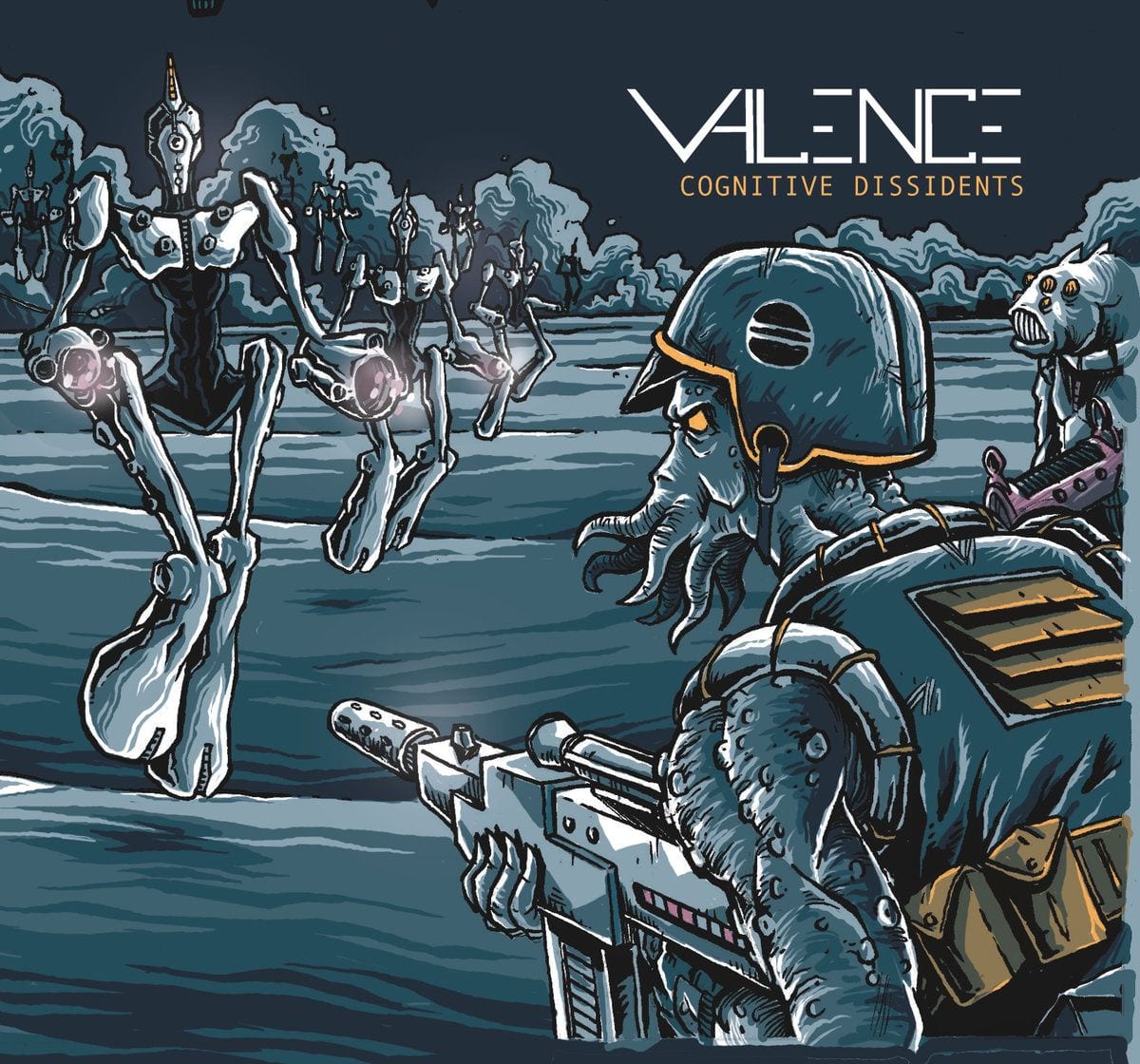