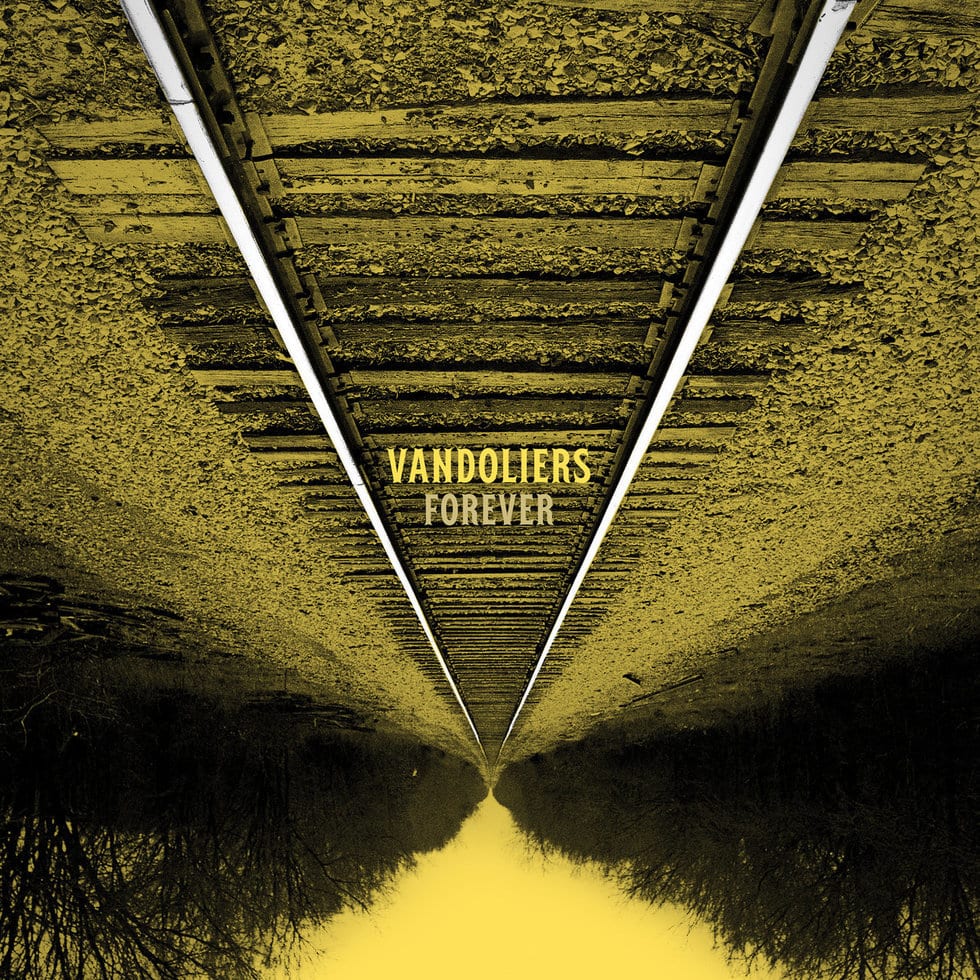 The punk-country overlap on Vandoliers’ new album, Forever, is a result of lead singer’s Joshua Fleming’s background. Fleming alludes to his music career in “Sixteen Years” when he identifies as “a preacher’s son who lost his way for a while / I sang a poor man’s song / No one could hear / It took one hundred thousand miles and 16 years.” The dissolving of his Fort Worth-based punk band the Phuss lead to the Vandoliers formation in 2015. After watching episodes of the Marty Stuart Show, Fleming noticed parallels between the punk and country ethos. Hence, Forever, and the Vandoliers, are emblematic of Fleming’s realization. Forever‘s primary idea isn’t new, however. Cowpunk, a punk rock subgenre utilizing a country sound and aesthetic, started in England during the 1970s. While Social Distortion, Meat Puppets, and the Reverend Horton Heat brought the genre a wider stateside fan base. Coming off this foundation, Forever is an inspired jolt carving a unique musical space for Vandoliers.

The punk-country fusion is apparent throughout the Vandoliers’ repertoire and evident on Forever. “Troublemaker” begins with Mark Moncrieff’s slowly churning bass and drummer Guyton Sanders building to meet Travis Curry’s fiddle. They meld the punk sensibility with a Tejano response. Cory Graves’ trumpet is resonant on “Troublemaker” and consistently on the album. On “Sixteen Years” and “Bottom Dollar Boy” he sounds like a one-person mariachi band. Underscoring the distinct Texas feel, Dustin Fleming’s guitar moves from a punk rumble to a country twang. All the while, Joshua’s vocals are imperfect yet magnetic. As a collective, Vandoliers musically thread the two genres together.

“Troublemaker’s” lyrics certainly imbricate punk rock to country music. The narrative centers on a “Troublemaker / Problem child / Ne’er-do-well, yeah American style.” The image of an incendiary, a self-identified hellion, is vital to both the punk and country outlaw identity. Likewise, the Vandoliers imagine a “lost cause / I’m born to lose / I was a bad seed with nothing to prove.” At first pass, these lyrics are middling if not cliche, a noticeable flaw for the overall album. But, on “Troublemaker”, Fleming is especially intentional with his language and imagery. “Born to Lose” was a title to songs by Johnny Cash and Johnny Thunders, of the New York Dolls, respectively. Here the tired banality “born to lose” is a pointed and informed reference to Vandoliers’ convergence of the country and punk roots.

The two genres’ incongruity stems from punk’s belief in community and country’s reliance on solitude. Yet Vandoliers mediate the two dissimilarities in “Fallen Again”. Vandoliers’ figurative country character is lone and itinerant, detached from any semblance of community. Their misanthrope is one who has “been reckless, careless and selfish / Foolish in the ways of love / I woke up downtown, concrete face down / Last night I fucked it all up.” But unlike standard country, Vandoliers see a community as necessary for recuperation, a clear punk tenet. As Fleming sings, “I’m still breathing / Barely holding on to the end of my rope…Can you spare some water, brother, I am dry / Can you give me a hand, I’ve fallen again / Teach me to breathe / Give me release / I can’t do this alone.” Vandoliers imbue the classic country figure with punk’s emphasis on community thereby establishing an individualized take on the two genres.

Forever demonstrates Vandoliers’ ability to balance solemnity and jolly. “Nowhere Fast” and “Tumbleweed” drip with anguish and regret. Yet Vandoliers don’t bewail the past. They overturn nostalgia for hope when its realized “one of these days you’ll have to learn / A bridge don’t have to burn to get ahead / One of these days you’ll come around.” Despite the group’s endearing earnestness, they also wield irreverence. “Shoshone Rose” is an adulation to a luxuriant casino located in Wyoming. Instead of finding any type of the self-awareness hinted at in previous tracks, Fleming finds “peace and connection on a path that I was shown / I found Jesus on the slot machines at the grand Shoshone Rose.”

Forever is an invigorating album while Vandoliers are revivifying. As their career evolves, Vandoliers will indelibly redefine country music.