In his book, Babbling Corpse: Vaporwave and the Commodification of Ghosts (Zero Books. Winchester, 2016), Grafton Tanner not only writes about this particular Internet subculture, but also covers some phenomenons that, as he feels, are somehow connected to the overarching cultural momentum that gave birth to it. These phenomenons share an aesthetic sensibility specific for our decade. Tanner’s most prominent example is Adult Swim’s notorious Youtube short, Too Many Cooks (2014). Too Many Cooks is a disturbingly comical, absurdist video composed of a number of of clichéd intros to a fictional mid-’90s-style sitcom.

As the intro, with its intrusively cheerful title-song is repeated again and again, the proceedings in the video become more and more off the rails. While the characters are smiling into the camera in faux surprise and the fictitious actors’ names appear as credits, a killer is stalking in the background and eventually proceeds to slaughter everyone. Also, the genres begin to morph. What begun as the intro to a family-sitcom á la The Prince of Bell Air becomes a police-series, an action cartoon and even a Battle Star Galactica-style sci-fi epic. Finally the repetitious structure is dropped and the video delves head-on into associative nonsense, only vaguely connected by the viewer’s sensibility for the familiar tropes of the last decades’ TV-Shows.

At one point in the video the camera zooms out from a close-up shot of one of the characters and reveals a seemingly endless grit where every character so far seen in the clip appears trapped in his or her own close-up, stark against a sterile white background. Tanner interprets this grit as a visual metaphor for the Internet and the boundless availability of cultural artifacts and information enhanced by it. Internet-users can easily skip from artifact to artifact, just as Too Many Cooks exemplifies. The maniac, seen in the video, is interpreted by Tanner as the cynical Internet user who doesn’t care for the specific context of the content he rummages through, carelessly jumping from one cultural artifact to the other. Tanner argues that this rabid skipping between countless clichés of entertainment TV is a counterpart to vaporwave in the visual medium. Vaporwave, he says, is the expression of this Internet-enhanced skipping-and-sampling of various cultural codes in musical form.

How then, can the “Vaporwave Sensibilty” be characterized, as it somehow isn’t attached exclusively to music, but can also be found in audio-visual forms and mediums? Too Many Cooks is a well chosen example because of the very specific nature of the sampled material. As the general exhilaration that surrounded the publication of the video in 2014 shows, people, at least people of the Digital Native generation at whom it is directed, immediately ‘got’ the video, despite it’s cryptic immersion in highly specific codes of dusty, yet not all that old entertainment TV. Nevertheless, as the number of analysis-videos accompanying the original Too Many Cooks on Youtube shows, people tended to be unaware of their expertise in this particular field. The fascination of Too Many Cooks, as well as of vaporwave as a genre, is the recognition of vast quantities of cultural knowledge that we have, that has been lying dormant and suddenly is being explicitly referred to by a new kind of meta-artwork.

All of this, I shall add, is about the cultural presuppositions of vaporwave; less so about it’s specific content and aesthetics, that prioritizes a specific set of cultural artifacts, mostly cultural dreck from the ’80s and early ’90s (e.g., elevator-music, ultra-commercial pop jingles and so on). Tanner also engages in an analysis of this specific content, but we can pass on that, here, and instead forward the argument that vaporwave may be the most prominent artistic expression of some recently emerged cultural sensibility — that I will call “Vaporwave Sensibility” for reasons of convenience — but of which vaporwave as a genre is only one possible expression.

The sensibility in question is intimately connected to the cultural impasse described by Mark Fisher as Capitalist Realism (Capitalist Realism: Is There No Alternative? Winchester: Zero Books, 2009). It may even be identical to it, but instead of Fishers’ focus on depressive ‘hautological’ aspects of the cultural representation of capitalist realism, vaporwave and its stylistic successors recently developed a speculative spin. (Ghosts of My Life: Writings on Depression, Hauntology and Lost Futures, Winchester: Zero Books, 2014). Vaporwave isn’t brooding melancholically on ‘lost futures’ anymore, but now actualizes some of these lost futures potentials aesthetically in a sci-fi/cyberpunk sort of way. Turn to the British record label Dream-Catalogue for many examples of this new kind of post-vaporwave music and visuals. Tanner engages with Dream-Catalogue in his book, but fails to acknowledge that most of its output significantly transgresses the standard vaporwave-aesthetics he focuses on.

Let’s turn to another Adult Swim-produced popular comedy format to explore this speculative potential of the vaporwave Sensibility; the hyperactive sci-fi cartoon Rick and Morty. Rick and Morty gained a massive cult following since the airing of the first season in 2013. It’s easy to identify the traits of Vaporwave Sensibilty described in reference to Too Many Cooks in the overall concept of Rick and Morty. The show revolves around the ridiculously cynical and egocentric mad-scientist Rick Sanchez and his self-conscious grandson Morty, as they get mixed up in all kinds of cosmic adventures, not only of intergalactic but transdimensional nature. Rick and Morty encounter — besides every imaginable kind of more or less traditional aliens and alien worlds — a dimension consisting solely of farting asses, one where the roles of seating furniture and humans is inverted (chairs sit on people) and countless dimensions with infinite numbers of alternate versions of themselves. A federation of Ricks, every one of whom is assigned their personal Morty as an assistant, is an important party in the show’s rapidly expanding mythology.

Rick and Morty live in a fictional universe (or multiverse) where the analytic Philosopher David Lewis’s notorious claim about the actual existence of every logically conceivable world is not only true, but empirically tangible. At one point in his book, On the Plurality of Worlds (Wiley-Blackwell, 2001), Lewis mentions the random example of a world, where ‘talking heads’, heads disjointed from the rest of the body, are able to thrive and… well, talk. In Lewis’s metaphysical conception simply any conceivable scenario exists, as long as it doesn’t include logical paradoxes. Diverging, even chaotic laws of physics are possible, whereas married bachelors or quadratic circles aren’t. For Lewis, the farting ass world really exists in another realm of possibility, as well as any other presented by Rick and Morty, including Rick and Morty themselves.

But let’s return to Too Many Cooks for a moment, and to Tanner’s proposal that the killer in the video represents the cynical modern Internet user who carelessly flips through vast sediments of cultural data, virtually cannibalizing it from his detached standpoint. The interpretation works well but it fits the role of Rick and Morty’s Rick Sanchez far better than the one of the killer from Too Many Cooks. The killer acts in a purely destructive manner. He rummages through the worlds of the fictitious sitcoms presented in the video and kills the characters trapped there with overt glee and satisfaction. Maybe he exemplifies a specific kind of destructive visual media troll, the one who takes bits and pieces of videos and songs and rearranges them to those demented video hybrids called poop-art or youtube-poop. Rick Sanchez, rather than Too Many Cook‘s killer, is far closer to the figure Tanner has in mind.

First of all, Rick is seemingly omnipotent. There seems to be nothing he couldn’t accomplish with the help of his all-encompassing scientific genius. He can destroy worlds or create them. In one early episode it is revealed that he created a miniature-world, with a civilization therein, that unknowingly provides energy for his flying car. More importantly; Rick possesses the so called portal-gun, the central vehicle of the show. Activated, it instantly opens a greenish wormhole by which it is possible for the characters to access any point in any universe at an instant. Simultaneously, Rick is portrayed as an utterly cynical hedonist and disaffected man. Regardless of his infinite power, he’s a constantly bored alcoholic, mostly unable to invest himself passionately in any of the adventures or words that are at his disposal. Here we recognize the figure Tanner described; Rick is the real, bored, cynical nerd who has ‘the world at his fingertips’ and yet isn’t able to rouse any passionate interest within himself. 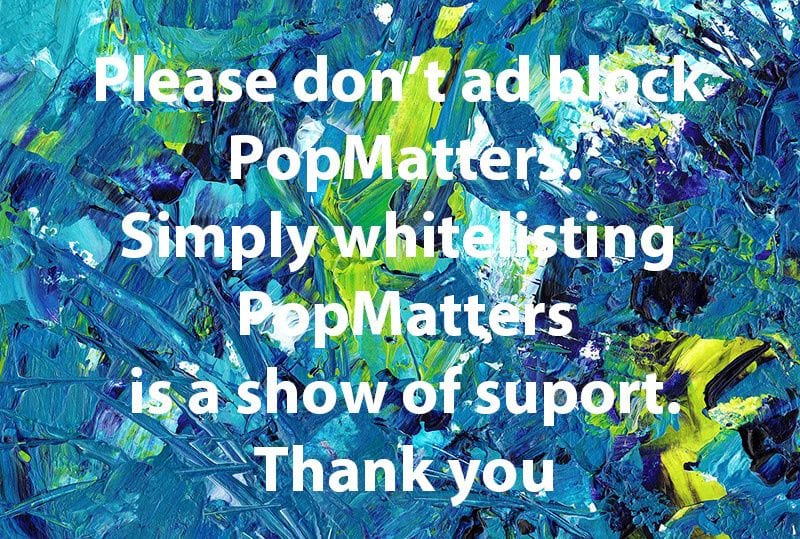 But the analogy to Vaporwave Sensibility in Rick and Morty even more precise. For the most part, the protagonists of Rick and Morty — which include the rest of their dysfunctional nuclear-family — don’t simply enter alien worlds by triggering the portal gun. Instead, they enter various types of popular genre archetypes. They can be transported to an Avengers, a Mad Max, or a Nightmare on Elm Street universe at any time. Like Too Many Cooks, Rick and Morty works so well because the audience it addresses is steeped in these pop cultural archetypes and is able to decode them with little effort. Here again, this reference to implicit knowledge surprisingly becoming explicit results in satisfaction and exhilaration on the viewer’s part.

It’s no wonder that Rick and Morty has many fans among today’s alt right and red pill crackpots. As the AV-Club rightly pointed out, the show’s worst fans don’t deserve Rick and Morty at all. However, as the article acknowledges, Rick in large parts embodies the very cynical, disaffected state of mind that led to the emergence of today’s Internet-based fringe movements. So, the show must be measured against its ability to walk the fine line between the representation of this state of mind and not becoming a part of its intrinsic destructive logic.

The series largely succeeds in maintaining this fine balance. At its best, Rick and Morty is exactly what its creators imagined it to be: an integration of both The Simpsons and Futrama, bringing these series’ best features to an intensified, contemporary level while amplifying their subversive potential. At i’s worst the show collapses into South Park-like cynicism and bad-taste-shock-value.

But where does one draw the line? I would argue that the remnants of classical family drama – the Simpons-angle, so to say — are what prevents Rick and Morty from the descent to South Park or Family Guy nihilism. Rick and Morty sometimes comes dangerously close to treating its characters with a similar kind of cruelty and disaffection — especially some supporting characters, such as the so-called Principal Vagina, or Morty’s class teacher Mr. Goldenfold. (These aren’t characters so much as sources of cheap ridicule.) But when it comes to the main characters — besides Rick and Morty there’s Morty’s Sister Summer and their parents, Beth and Jerry – the creators mostly show real care with occasional hints at possible tenderness. South Park-like cynicism is never far removed, but the show’s narrative structure — especially the deeply ambiguous dynamic between Rick and Morty — constantly moves it toward the opposite direction; it searches for glimpses of value and affection in a cold and chaotic world.

So, by way of Rick and Morty, David Lewis’s ‘pluralism of worlds’ is involuntarily revealed as a prophecy of a new kind of cynicism endorsed by digital media. The Vaporwave Sensibility evoked by this essay becomes possible by addressing the ability of the audience to decode countless complex pop-cultural codes in an instant. Handled with care, it’s a powerful tool by which the ultra-complex cultural landscape we live in today can be maneuvered. However, like the portal gun, it easily fires in the wrong direction and sends us to places we never wanted to visit — may have trouble returning from.