Tanya Saracho brought to the Starz network a nuanced and honest portrait of a Mexican-American family with her show Vida in 2018. The first season featured the estranged Hernandez sisters, rational Emma (Mishel Prada) and bubbly Lyn (Melisa Barrera), returning from Chicago and San Francisco, respectively, to their home in Boyle Heights in East Los Angeles after the death of their mom Vidalia (Rocío López). In the span of six episodes, the sisters discover Vidalia’s secrets and have to grapple with the consequences.

The first major secret is that Vidalia is gay and is married to Eddy (Ser Anzoategui), whom the sisters thought was just a roommate. It’s particularly difficult for Emma to come to terms with this revelation because – as she explains to her love interest Cruz (Maria Elena Laas) on the fourth episode – Vidalia had sent her to live with her grandmother when she was young because of her sexual orientation. Emma says with rage in her voice: “Pinche hypocrite. She had to work out her own fucking gay shame by sending me away.” Throughout the season, Emma struggles to understand her mother’s choices and forgive her.

The second secret the sisters uncover is that they have inherited a massive debt because Vidalia neglected to pay her bills and took on a second mortgage so she could keep her bar, La Chinita, open. The sisters vacillate between selling the bar in order to pay off the debt or keep it open to honor their mom. Learning that La Chinita has become a safe space for the LGBTQ community in the neighborhood, both sisters agree to keep it open. 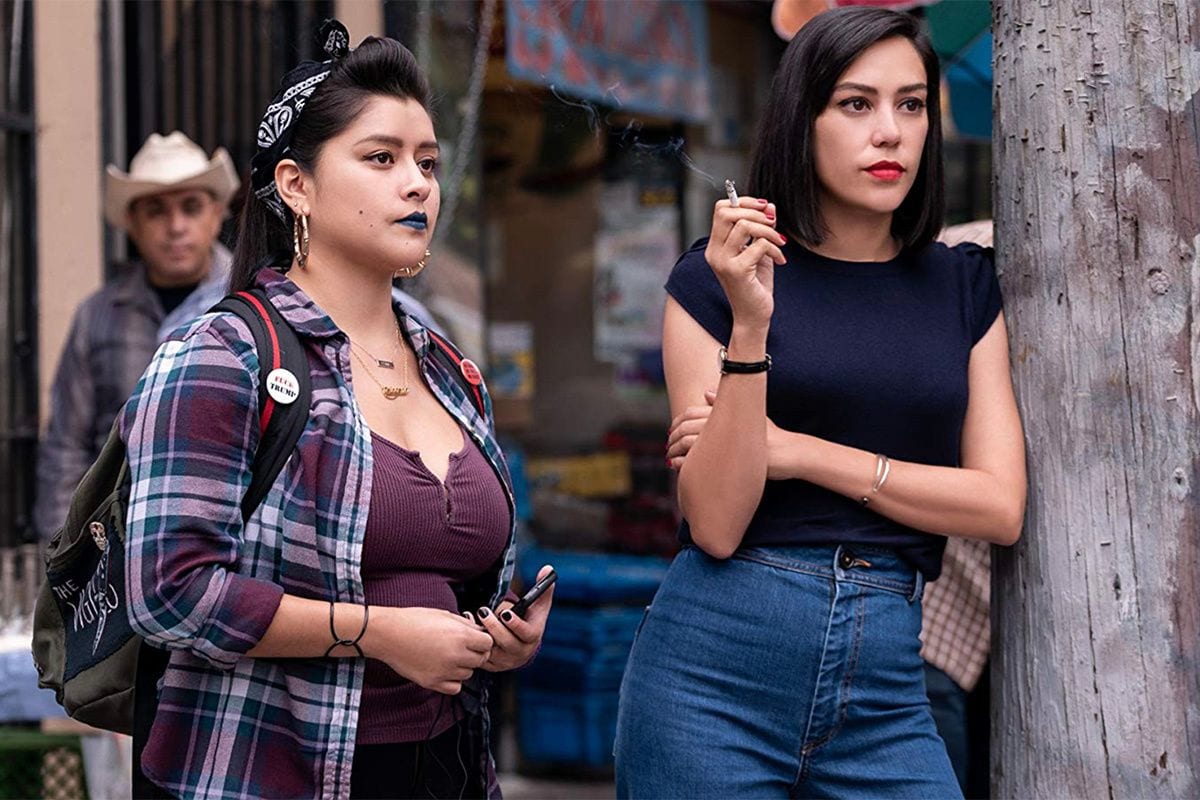 Vida is radical just by existing. While Latinx people remain underrepresented in American media, with a mere 6% of speaking roles on TV and 2.7% on film in 2016, Vida features an all Latinx cast, Spanglish is prominent, and all of the directors of the second season are Latinas. (“This Diversity Report Is all the Proof Latinos Need to Start Boycotting Hollywood”, Manuel Betancourt, Remezcla.com, 2018)

Further, Vida is bold for exploring issues that plague the Mexican-American community, which are rarely discussed let alone portrayed onscreen. The show explores topics such as colorism and intra-cultural discrimination, the policing of authenticity and identity, and gentrification as much as “gentefication“, or gentrification by upwardly mobile, college-educated Latinx people.

The ten-episode second season that premiered this May sees the Hernandez sisters pushing against a wave of resistance from the neighborhood as they go about renovating the bar. For example, after Emma makes the decision to place a corporate advertisement over an Aztec mural outside the bar, the activist group Vigilante tags the ad and organizes a protest. Marisol (Chelsea Rendon), one of the leading Vigilante activists, explains to Emma and Lyn on separate occasions that people have the right to be upset because gentrification is about erasure. “They just don’t want to be erased,” she says. “Folks just want you to be held accountable. Every change you make has a ripple effect on the community,” she adds.

The anti-gentefication sentiment culminates into an ugly shouting match between the Hernandez sisters and Vigilante activists in the final episode. The latter call the former “coconuts” and “vendidas” (a gendered colonial insult that amounts to calling someone a sell out and race traitor), and chant in unison: “Wash them out! Wash them out!” as they throw detergent on Lyn’s body. Marcos (Tonatiuh), Lyn’s closest friend, rightly points out the irony of a Latina race-shaming another Latina: “Calling one another a coconut is such colonized fuckery. It’s us in a barrel. It’s not cute.” 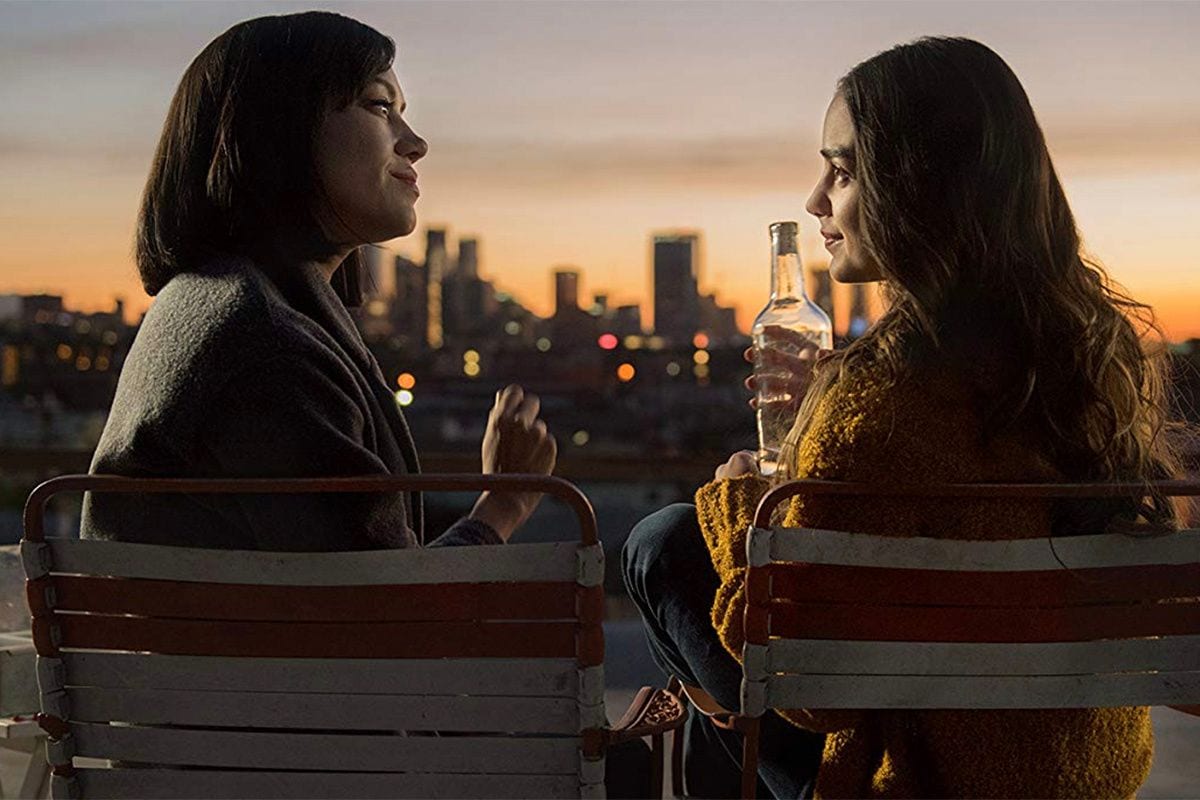 While Saracho doesn’t judge or take sides with her characters – she simply lets them be – she deconstructs the notion that there is an authentic way of being Mexican. She shows that authenticity is a social construct deployed to police the identity of those who don’t fit neatly in a box: those who may be too black or too queer, or not brown enough or whose Spanish is not good enough.

One of the more fascinating aspects of Vida is seeing Emma navigate the tricky waters of identity politics. For example, on the second episode of the second season, Emma has to defend her Mexican-ness from a construction worker who thinks she’s too white and bourgeois to be Mexican. On the third episode, she has to defend her queerness from two young binary people who think she’s too feminine to be a lesbian. In a humorous scene on the fifth episode, a seemingly harmless remark about how adding a mainstream brand salsa to a taco is inauthentic leads Emma to explode. She says in an exasperated tone: “All my life I’ve been policed to be the thing I already am. Why can’t it be a Mexican thing if a Mexican is putting Valentina on a taco?” The scene encapsulates the sheer exhaustion of having to constantly defend one’s identity.

In addition to being an entertaining television show, Vida is a political act, that challenges stereotypes and humanizes the lives of Mexican-Americans and Latinx people. It demonstrates that minority voices are a necessary intervention in our entertainment media landscape.