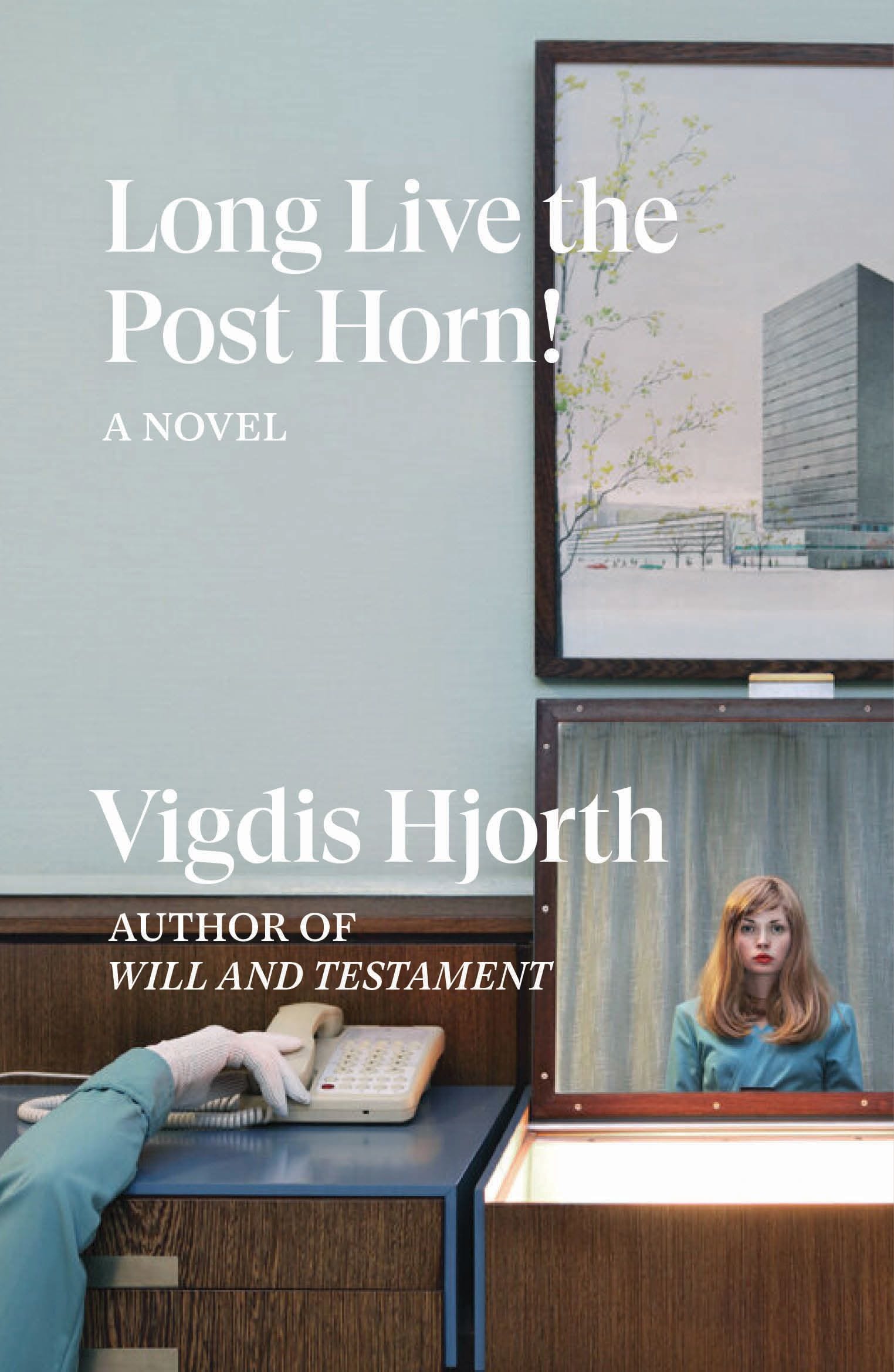 The title of Vigdis Hjorth’s new novel, Long Live the Post Horn!, is taken (exclamation point and all) from Soren Kierkegaard’s work, Repetition, in which the 19th century Danish philosopher cites the post horn (a cross between the French horn and the bugle, used historically in Norway to announce the arrival of the mail) as an instrument that never repeats the same tone.

Hjorth’s novel, admirably translated by Charlotte Barslund so as to maintain the novel’s Norwegian grounding, is a study in existential torpor that, happily, does not induce the same condition in the reader. The protagonist, Ellinor, is a young woman employed by a small public relations firm in Oslo. Working for her few clients generates writer’s block and the anxiety that accompanies it. When one of her three colleagues abruptly dies, she inherits his primary client, the Norwegian Postal Union, and she is off but not running.

Her job is to work against the likely approval by Norway’s parliament of a ‘Postal Directive’ that would privatize certain categories of mail, opening them to competition. It is this campaign, against a new rule that would be detrimental to mail carriers across Norway, that provides Ellinor with a new focus for her personal angst. (A successful outcome is very much in doubt, given the ins-and-outs of Norwegian bureaucracy and politics). Issues involving tinkering with the mail might well resonate with American readers today.

Ellinor is tentative in every way. She cannot make the simplest decisions (what to wear, what food to order) and can’t remember what she has just said or what others have just said to her. She lives what she calls a ‘small life’, referring to herself as “a peripheral, fossilized figure unsuited to being the protagonist” in her life. I take issue. She is a most interesting protagonist, an unmoored figure in the maelstrom of life, with a boyfriend suffering from similar issues and to whose child (as with all children) she cannot relate, with family members with whom she feels ill at ease, and with a work task at which she is unlikely to succeed (she sobs in an important union meeting she is assigned to run).

Ellinor writes long emails to her boyfriend and deletes them; she writes letters to him that she never mails. Seeing him hide a letter in his jacket, she spins a speculative tale about it until he confesses that in order to express himself, or even to find out what his own thoughts are, he writes and mails letters to himself. Odd Norwegian birds of a feather.

Her other client is an American restaurant chain called The Real Thing, which of course sends Ellinor down the ‘what is real?’ rabbit hole: ‘what does ‘real’ mean?’, ‘am I real or an impostor?’, ‘are some things like foods and houses and places ‘more real’ than others?’ Ellinor goes on and on. On the other hand, the more effort she expends on the Postal Directive initiative the more real she feels. Whether this phenomenon will stick is another matter.

There are motifs that repeat throughout Hjorth’s novel, one of which is repetition itself and all of which repeat — screaming non-screams (perhaps a nod to Norway’s Edvard Munch), letter-writing, postage stamps (one of which displays Norway’s post horn – the only reference thereto in the book), stories within stories relating to death, revived dead-letters, the postal service in general and ruminations as to the point of life itself: “[w]e’re all going to die one day, what difference does a year or ten make when we’ll be dead for such a long time.”

This is an engaging, well-honed novel although some of the stories-within-stories might better have been shortened and some of Ellinor’s internal dialogue can feel somewhat, well, repetitive. Still, she provides a focal point for first-person ruminations about one’s place in the world and how difficult it can be to engage fully with the people and tasks and decisions that impinge on us while we are here.

Also presented for our examination is the concept of losing (and finding) oneself in one’s work, even in the dull matter of fighting a government directive within the bureaucracies of unions and parliament. Hjorth even succeeds in making Ellinor’s travails toward the culminating up-or-down vote on a Norwegian government directive engaging reading.

Hjorth’s writing is both spare and, in an understated way, humorous, as Ellinor, an intensely self-reflective but oddly empty vessel, finds herself and loses herself – repeatedly — as life unfolds amidst colleagues and friends and lovers, their families and their demands. The novel begins with her finding her old diary abandoned because she had nothing to report, but it ends with her buying herself a new one. A turn of events that might well be announced by a welcome blast on the post horn!