“The eyes of others our prisons; their thoughts our cages” – Virginia Woolf, An Unwritten Novel (1920).

To look upon the portraits of any number of authors is to be deceived. H.G. Wells presents as a stuffy and unimaginative headmaster, while Ray Bradbury and Richard Matheson would never strike you as particularly interesting figures to cross paths with. Nor would Virginia Woolf, Shirley Jackson or Angela Carter, and yet concealed behind their bland exteriors lay enthralling minds and imaginations.

The grave error committed by the filmmakers is their struggle to identify the film’s target audience. If their intention is to reach out to Woolf aficionados, then there is little here in terms of detail that will draw and then hold their interest. On the other hand, requiring a knowledge of and familiarity with the person and the writer makes Vita & Virginia a less than ideal introductory piece. 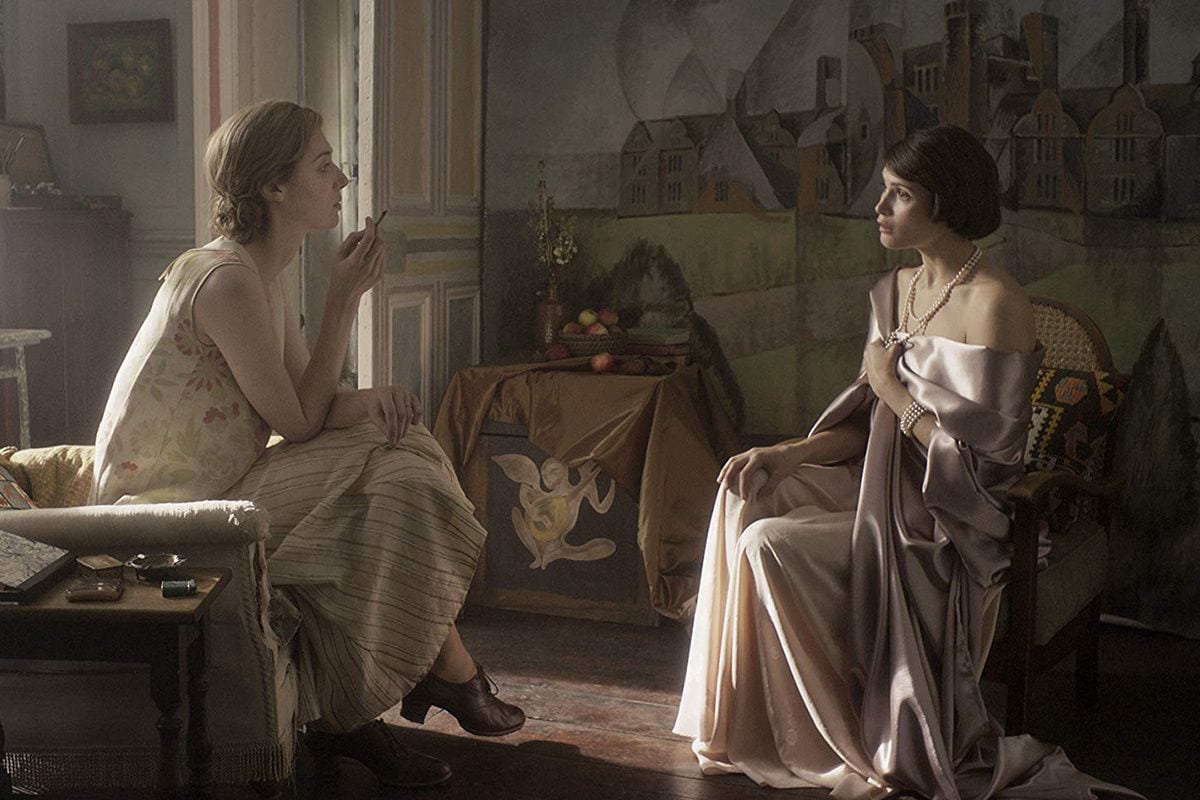 The first person we see is not Virginia but the socialite and lesser populist author, Sackville-West. From the outset, hands are around the throat of the film, choking and depriving it of air. The actor should be considered a prism through which a character comes into being, whether it be a fictitious or real-life character. Throughout this film, however, Arterton functions as an oppressive force. Rather than creating the impression of an actress playing a character, it appears as though Arterton is playing herself, thereby suffocating Sackville-West and consequently the film.

Debicki’s portrayal of Virginia Woolf is therefore hampered by her weak co-star, as well as a script and director, which are lacking in vision. This leaves her rendition of the author hanging in limbo and difficult to critique owing to these extenuating factors. Yet in contrast to Nicole Kidman’s performance of Woolf in Stephen Daldry’s The Hours (2002), there is a theatricality to the performances from both Arterton and Debicki, a refusal to transcend a vision of the rigidity of the past and its inhabitants. Classical in its feel for a previous time, the deliberate and absence of naturalism in the performances of its lead actresses, casts Vita & Virginia as a better fit with the stage than the screen.

Amongst the cast, the metaphorical diamond in the rough is Peter Ferdinando as publisher and husband Howard Woolf. While the scenes between the two women are the heart of the film his performance, combined with what comes across as stronger scripting, creates a desire for his to be more of a centrepiece role, and the film to revolve around the relationship between husband and wife. What occurs in the unfolding of the drama is in effect an incursion of the central relationship by the supporting one, that hinders the intent of the story itself as envisioned by its storytellers. Yet in spite of this intrusion, the nature of Howard and Virginia’s relationship, restricted to emotional intimacy only, and their natural interplay from two people that have come to know and care for one another is decidedly more compelling than her newfound friendship and intimacy with Sackville-West. In Ferdinando’s presence, who is a tonic to the Arterton effect, Debicki’s performance is more assured, he bringing a naturalism to her theatrical aesthetic. 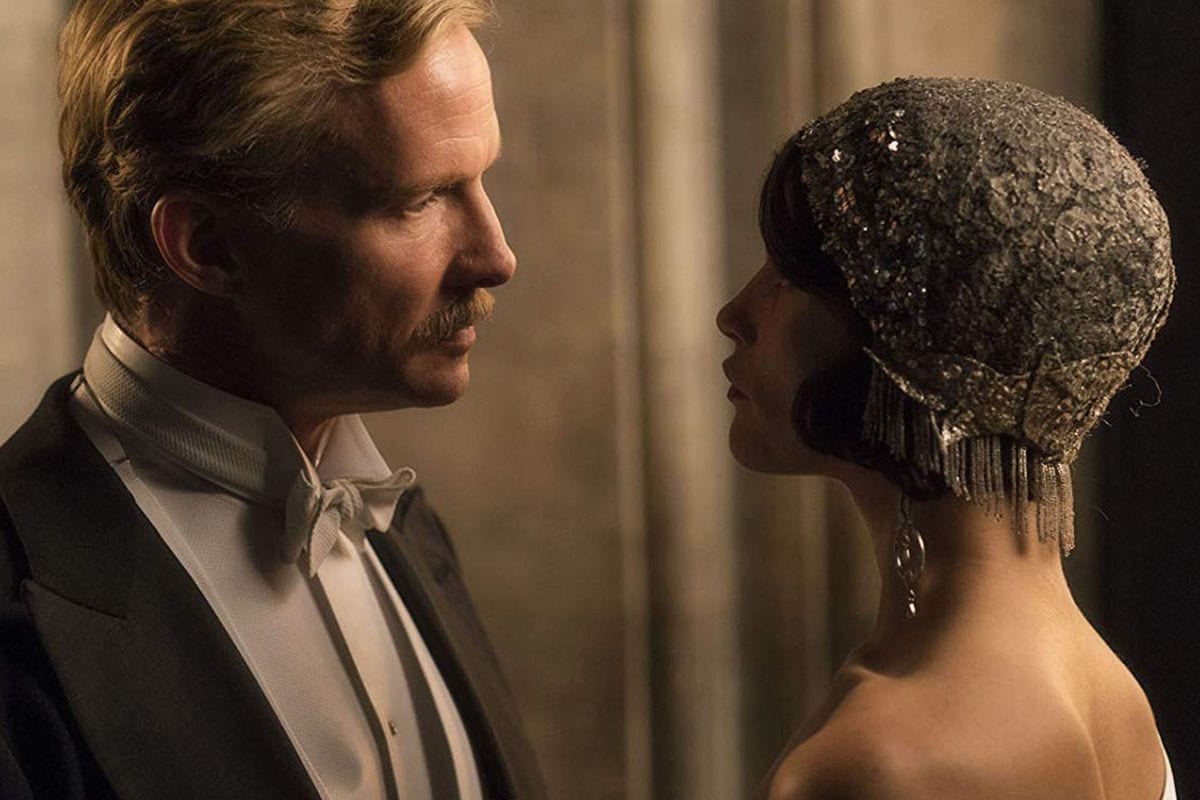 In a scene towards the film’s conclusion, Virginia says to Vita, “Biographies have always described the things that happened to the person, not the person to whom those things happened.” Button’s film compiles rather than looks at the events surrounding her experimental biography of a woman. It is counter-intuitive to Woolf’s intentions as expressed within the work, and yet ironically, the storytellers take no heed to the words they wrote into the script.

Artists are curiosities, fascinating us, whether it be with their vivid imaginations, creating art that is a social and cultural response, to even the fragile artist, such as the bi-polar Woolf. Yet one feels that Button and Atkins look upon this literary figure with an infatuation, even an immature and childish creative lust, the eyes and uninspired thoughts imprisoning and caging Woolf’s enthralling mind, imagination and person in what can only be described as a lethargic drama. And to think of Woolf’s vitality, her remarkable storytelling through stream of consciousness, leaves one saddened at the reduction of this literary figure to a bland individual that flirted with controversy through her literary work, and personal relationship with Sackville-West.

One wonders, if a male director had been responsible for this film, would we admonish him severely for the reduction of a great female novelist and essayist as shades of patriarchy? Yet here, it is women that are the culprits, and perhaps Vita & Virginia, and its filmmakers should be challenged for how they have portrayed Virginia Woolf, and the person to whom the events happened.