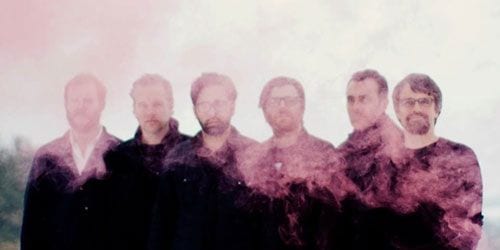 One can accuse Justin Vernon of many things, but being devoid of a sense of humor isn’t one of them. Any conversation about either him or the Bon Iver name necessarily conjures up the ghosts of shock that were felt when the collective indiesphere, after sitting through the first nine of Bon Iver, Bon Iver’s 10 tracks, came upon the zany troll that is “Beth/Rest.” Few likely imagined that the market—either economically or artistically—for ‘80s sex scene backing songs was still viable, but lo and behold, there it was: an unabashed, Casio-drenched ballad that culminates in a dual saxophone solo. “Curveball” is an understatement; while most of Bon Iver, Bon Iver marks an enhancing of the rustic formula established by For Emma, Forever Ago, “Beth/Rest” represents a moment of wild experimentation. Sonically it manages to fit in with the airy quality of the rest of the LP, but its working parts are something else, something daring. In the year of Bon Iver, Bon Iver’s release, that song was on both my best and worst song lists; its divisiveness is, if nothing else, a feat in its ability to get emotions about the album raised high.

Yet while foreseeing “Beth/Rest” within the context of listening to Bon Iver, Bon Iver through and through is difficult to imagine, Vernon’s creative streak was plenty evident prior to that record. In particular, Volcano Choir—Vernon’s collaboration with members of the post-rockers Collections of Colonies of Bees and All Tiny Creatures—has provided him with opportunities to branch beyond the guy-in-a-cabin mythology that he’s perpetually associated with. Their first recording, 2009’s Unmap, is a hodge-podge of things—some folk here, some rock there, some cut-and-paste methodology throughout—and though it’s technically the initial marker of this project, it’s also not exactly a “band effort.” As guitarist Chris Rosenau puts it in the making-of mini documentary for Repave, “With the first record, no one was in the same place, because it was really just an experiment—there was no Volcano Choir at that point. We were just all friends trading ideas back and forth and seeing what weird kind of stuff we could come up with.” He further goes on to describe how strange the band’s short 2009 tour in Tokyo was because there had been so little face-to-face interaction amongst the six members.

It’s fitting for Rosenau to bring this up, as the first and most obvious difference between Repave and Unmap is how much the former feels like an actual collaborative LP. Genre is a tricky thing with this particular outing, but even in the struggle to find what words to pin on Volcano Choir it’s plain to see at this point that there’s unmistakably a sound there, all nomenclature aside. That said, the remarkable accomplishment of Repave is its resounding post-rock quality, and when I say “post-rock” I’m not talking about the long, (de)crescendo based instrumentals of Mogwai and Explosions in the Sky. This is a rock record, but it goes about that directive in ways that most rock outfits wouldn’t think to go—this is, of course, is the intended definition of post-rock: “using rock instrumentation for non-rock purposes.”

Take opener “Tiderays”. After segueing from a Sigur Rós-esque organ to some fingerpicked acoustic guitar—a move Vernon is quite familiar with at this point—the song builds into something quite majestic, with rolling snare drum and alternating guitar figures giving the proceedings a real heft. Best of all are the final moments of the track. Vernon declares, “Brace for the tiderays,” and the music ends on a powerful strum, leaving the listener feeling as if she’s just gotten hit by one of the ocean waves on the LP’s sleeve art. Vernon’s choirboy falsetto is enough to keep one thinking that Repave can’t really be a rock album—which, in many ways, it isn’t—but more often than not, this music rocks. Hell, “Acetate” even bounces, not unlike the way that makes Fleetwood Mac’s “Dreams” the classic it is. The incredible lead riff to centerpiece and show-stealer “Byegone” has both the drive of anything Joe Perry has ever played and the defamiliarizing quality that sums up Repave. The chorus of that song, punctuated by cries of “set sail” (one of many aquatic references in the lyric sheet), draws a lot from Vernon’s previous ventures into naturalistic exploration, but fortunately his capable compatriots prevent this from delving into For Emma rehashing. This genuinely feels like something new, not merely a perplexing one-off for music antiquarians to mine for years after it’s passed.

With the breaking of new ground, however, often comes an uneven landscape to navigate after the fact. Such is the case with Repave, which counteracts every innovative idea it throws out with a choice better left to the cutting room floor. “Comrade” features a powerful, soaring chorus, but rather than letting that be, the group throws in autotuned vocals towards the end, trying foolishly to retread the unique success of Bon Iver’s “Woods” (and its reworked version on Kanye West’s My Beautiful Dark Twisted Fantasy). That is but one example of an undercurrent of electronic influences that bubble up here and there, which on the whole could have been done without—stripped of these influences, the music speaks very much for itself. A more minor quibble arrives with the lyrics, which—save for the occasional witty line—range from the nonsensical to the headache-inducing. I’m not sure what “Ticonderoga’s shit” is, nor can I imagine what it means to “promise at the north end of monogamy,” and it’s hard to envision even the most imaginative of alt lit writers piecing together a coherent explanation for them. I say this is a “minor” quibble because, like Hard N’ Phirm once explained, one can sacrifice intelligibility if the reward is emotional resonance, which Repave has in spades.

At this point in time, Volcano Choir has made it clear that despite what the scattershot structure of Unmap may have indicated upon its release, this project is for real. Whether it remains on the musical radar for years to come remains to be seen. Vernon’s decision to “wind down” Bon Iver even after dropping its most successful LP shows that the wind can change the course of the sails in ways one might not expect. For now, these Wisconsinites have made a statement about who they are in a distinctive, inimitable way. They’ve come some length from a gaggle of “friends trading ideas back and forth and seeing what weird kind of stuff we could come up with” and have blossomed into a bona fide musical group with an identity comprised of but not bound to the respective sounds of its composite members. There’s still some weird stuff left behind, but at least the good outweighs the bad and Volcano Choir’s conception of “weird” doesn’t include “Beth/Rest.” For the time being.