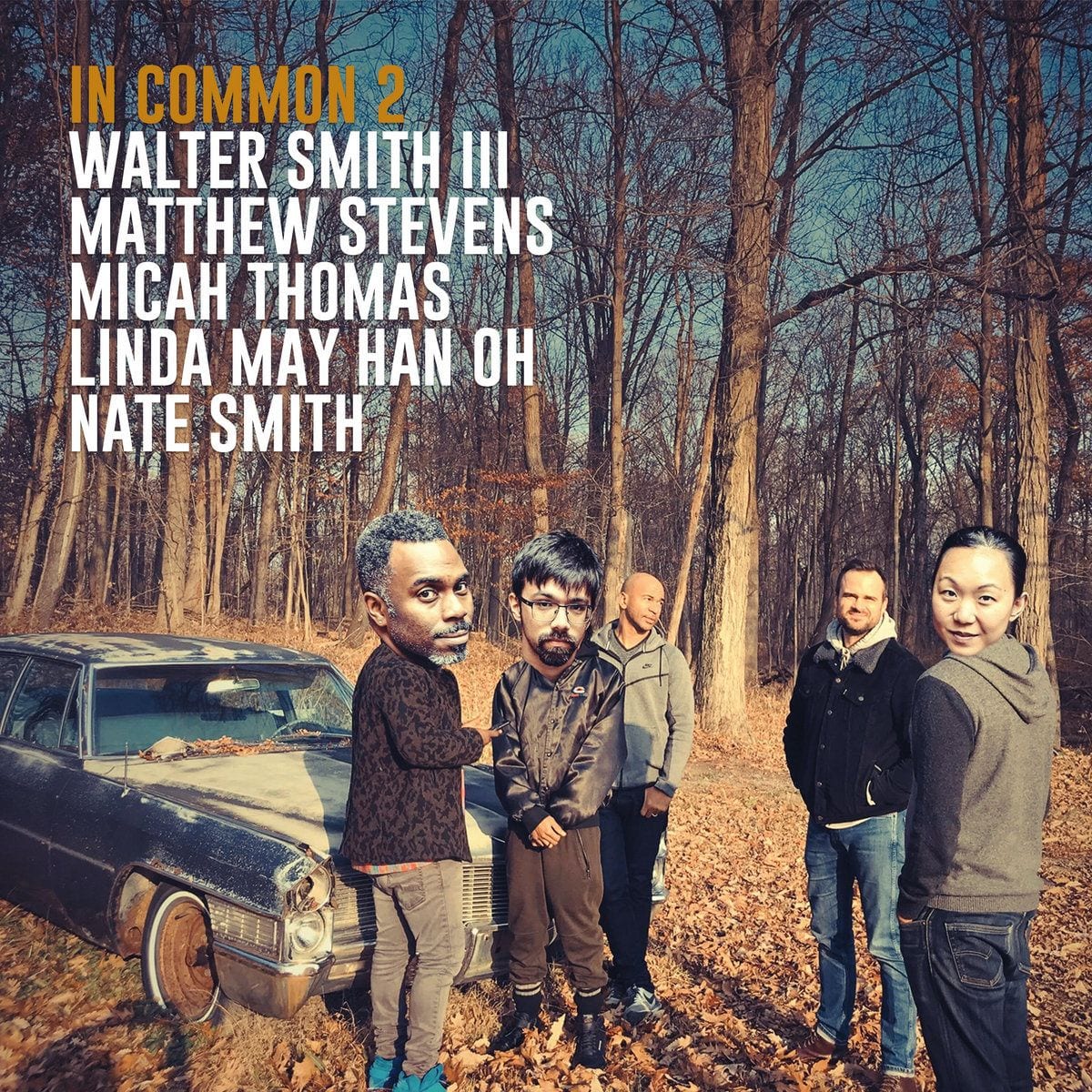 Matthew Stevens is state-of-the-art jazz guitar in 2020, someone who is at home with a huge range of the best musicians of the moment—recently recording with Dave Douglas, Terri Lyne Carrington, Esperanza Spalding, and so many more. His approach and influences span the scene, reflecting the obvious (he may often remind listeners of John Scofield, with his restrained but biting distortion) and the less clear (having the harmonic subtlety and tonal shading of Ben Monder). His co-leader on In Common 2 (as well as its 2018 predecessor) is tenor saxophonist Walter Smith III, another Berklee-trained musician who has been playing with heavy hitters like Ambrose Akinmusire, Aaron Parks, Roy Haynes, and Christian McBride. Together, they suggest the modern mainstream of jazz at its varied best.

A tune like Smith’s “Van der Linde” shows you how these guys can play the tricky modern style of recent decades with panache. Named for a character from the video game Red Dead Redemption, the tune seems to start in 5/4 time but quickly becomes more complex, working as a series of syncopated surges that bassist Linda May Han Oh and drummer Nate Smith coordinate as naturally as if they were playing quarter-note hits. The melody is brief, played in guitar/tenor unison, giving way to rounds of terse statements by Stevens, Smith, and then the young pianist Micah Thomas, who rounds out the rhythm section. At less than four minutes in length, the tune defies our expectations of new jazz complexity by making its point quickly.

And that is often the case on In Common 2. The longest tracks stay under six minutes and are unfailingly engaging. Stevens’s “Cowboy” has a steady, galloping bass line that is perfectly happy to stay over a pedal point, mostly unvaried. The tune starts with Stevens and May Han Oh playing that lick together before the guitar splits off to share the melody (played in Stevens’s most John Scofieldesque tone) with piano. The bridge opens up the harmony, and Thomas, in particular, takes an adventurous improvisation that defies any simple structure. Still, the performance never loses its focus and its ability to hold your ear. The hook is in and stays there through the tune’s quick arc.

Most of the compositions have this structure: a vamp or hook in the rhythm section matched to an appealing melody. Smith’s “Clem” (also based on a video game character) has Thomas playing a chiming lick at the start, one that the saxophone joins and that flows into a sumptuous melody—connective tissue between May Han Oh’s emotionally compelling solo and then a more adventurous improvisation by Smith. Similarly, “Lotto” gives Stevens an appealing opening figure that May Han Oh can repeat as part of her bass line in other places. Through a glorious collective improvisation that never hands the reins to any one player, the written melody is never far from the surface, constantly feinted toward. “Melody-melody-melody” the band seems to be saying, and it will put some listeners in the mind of the great Scofield/Joe Lovano albums of a 25 years ago—it’s that joyous.

Also appealing, but more on the groove front, is Stevens’s “Opera”, built on a piano figure of quickly repeated notes in a close interval, played in a rat-a-tat groove with bass and drums. Over this, the tenor and guitar build a melody. Stevens takes over the Morse code rhythm for a while, then releases it before the drama begins again, setting up a stinging acoustic guitar solo. That this tune is programmed on the album right before Smith’s “Type Rider” is perfect, as this final tune uses a two-note toggle groove in unison between bass and Thomas’s left hand that jams like mad as the leaders trade two-note licks in the melody range: another feeling of rhythmic ostinato that is unforgettable.

All of this jazz-style ear candy is relieved by some slightly more abstract material. The Canadian in Stevens gives us “Provinces”, an unusual melodic shape supported by sumptuous harmony that tumbles and turns. Smith’s “General George Washington” allows drummer Nate Smith to play a double-timed funk pattern around a somewhat static two-note bass line figure that is often shared by the saxophone as well as the rhythm section. But this tune sounds more complexly schematic than it sounds indebted to any soul or groove music. Along with the ballad “Little Lamplight”, these tunes remind us that Stevens and Smith are still part of the generation that is in the process of creating a modern jazz language not afraid of complexity and composition.

But the core of In Common 2 is less a part of the structurally tricky new jazz than an extension of the modern lyricism that was so effortlessly embodied by the late Roy Hargrove. The two leaders open the recording with a brief duet on Hargrove’s “Roy Allan” with Stevens lightly moving across his acoustic fretboard as Smith glides through an embellished melody. It is a quick statement of purpose as well as a tribute. What Smith and Stevens achieve on the recording, as a whole, is a fleet and concise expression of how modern jazz can still deal in smart earworms. The vocabulary of jazz guitarists who earned wide followings beyond aficionados—such as Scofield and Pat Metheny—is wound together with sounds (and players) more associated with the new jazz. And it works.

For many listeners, the band—packed with great soloists to a person—would be better exhibited if everyone was encouraged to blow longer and more freely. Micah Thomas is a young player busting at the edges here, and Linda May Han Oh puts lyricism and muscle into imagination every time she gets an opening. Even the leaders are on short leashes here. The hooky structures that predominate on this program wouldn’t be resistant to more generous patches of improvisation. Still, the choice that Smith and Stevens made here is cool too: listening to In Common 2 is brisk and bracing, a set of pleasures that are hip and smart enough to tickle you and interest you, both.