In the hard-driving world of California-based rocks stars in the ’60s and ’70s, substance abuse problems were practically issued alongside your first gold record. Still, Warren Zevon’s intake rose to levels that tended to make people nervous around him. He’d live like Jim Morrison, Zevon once joked to David Letterman, but he lived a lot longer than Morrison had. Indeed, he was no less of an authority on shotgun living than Hunter S. Thompson, who once described Zevon as “a dangerous drinker”.

Zevon’s ups and downs with addiction were the focal point of most of the press coverage he received during his short burst of fame in the 70s. When Rolling Stone publisher Jann Wenner finally caved-in and put him on the magazine’s cover in 1981, it was for a masterly piece, written by critic Paul Nelson, “The Crackup and Resurrection of Warren Zevon” (19 Mar 1981) that focused on the long road back from addiction. Zevon had already fallen off the wagon hard by the time it was published.

Zevon was famous for cultivating chaos and then using it to his advantage when it could serve him; as subject matter for his songs, as a hook for journalists, or as a way to burnish his image as the dangerous, excitable boy whose manic live performances and lyrically rich music came to be described as song-noir by his contemporaries. He drove away his loved ones, offended and alienated powerful music industry players, and showed little regard for burning bridges with anyone who tried to help him along.

“His persona got the better of him for a while,” says C. M. Kushins, author of Nothing’s Bad Luck: The Lives of Warren Zevon. For Kushins, Zevon’s story really picks up where so much of the coverage of him typically tended to leave off. His interest is much less in the well-documented depths of bad behavior that defined Zevon’s early years, and more in his path to the sobriety he achieved in the ’80s and fitfully maintained for the rest of this life. “I think it’s interesting,” he says, “how his legacy is so steeped in those images of him when his last few albums are incredibly spiritual and come with so much philosophy renouncing that kind of behavior.” Zevon was happy to walk it like he talked it. How much of it was a genius at work and how much was a desperate act of self-immolation, though, is hard to sort out.

Zevon’s alcoholism, as Kushins points out, “unfortunately coincided with his most successful years. He didn’t get to appreciate it and he kind of, I think, made professional enemies because of his behavior at the time. Most people are so unaware of how difficult it is for someone who has personal setbacks, one after another after another, to actually remain sober and stick with their art. Warren’s spotlight went off of him, and it could have been just as easy to either succumb to the disease of alcoholism or to find another job. But he became an even better, more focused sober writer.”

Zevon put his worst behavior on public display but he also lived out his recovery in public, with all of its false starts and dark alleys. Zevon, wrote Nelson in Rolling Stone, “practically demands to be held accountable for past atrocities” (ibid). He poured his insights and experiences into his later albums, most notably 2000’s Life’ll Kill Ya and 2003’s The Wind, the later recorded after his public announcement that he had been diagnosed with terminal lung cancer while only in his early 50s. The announcement netted him a second, and final, moment in the spotlight.

“Warren pulled the same very clever stunt at two very different crossroads in his life,” Kushins says. “When he went into rehab for the first time, he told [his wife], ‘Have them issue a press release that I’m going into rehab.’ And when he was diagnosed with cancer decades later, he said, ‘Issue a press release that I’ve been diagnosed with terminal cancer.’ And it wasn’t for the attention. It was that it would fuel him to get the job done if he knew that the public knew what he was doing… He actually challenged himself by making things public.”

Kushins spent seven years researching and writing the book. The work was done in fits and starts, inbetween full-time jobs and freelance writing assignments. Starting in 2011, he conducted interviews with Zevon’s ex-wife, his musical associates like Gary Mallaber, Niko Bolas, and Waddy Wachtel, authors Dave Barry and Mitch Albom, and his longtime friend, road manager, and confidant, George Gruel. When projects stretch out over such a long period, the chances of them being permanently put aside greatly increase. “Warren is complex and the soundtrack I had was amazing,” Kushins says, “so I didn’t get bored.”

The catalyst to finish it finally came from an unexpected run-in with Wachtel while travelling for work. “I bumped into Waddy out of nowhere in a hotel and I couldn’t believe it,”he says. “I was wearing a suit and tie, which was very far removed from how I had been when I started the book and interviewed him over the phone, and when I told him who I was he remembered me. And the first thing he said was, ‘Where’s the fucking book?'” 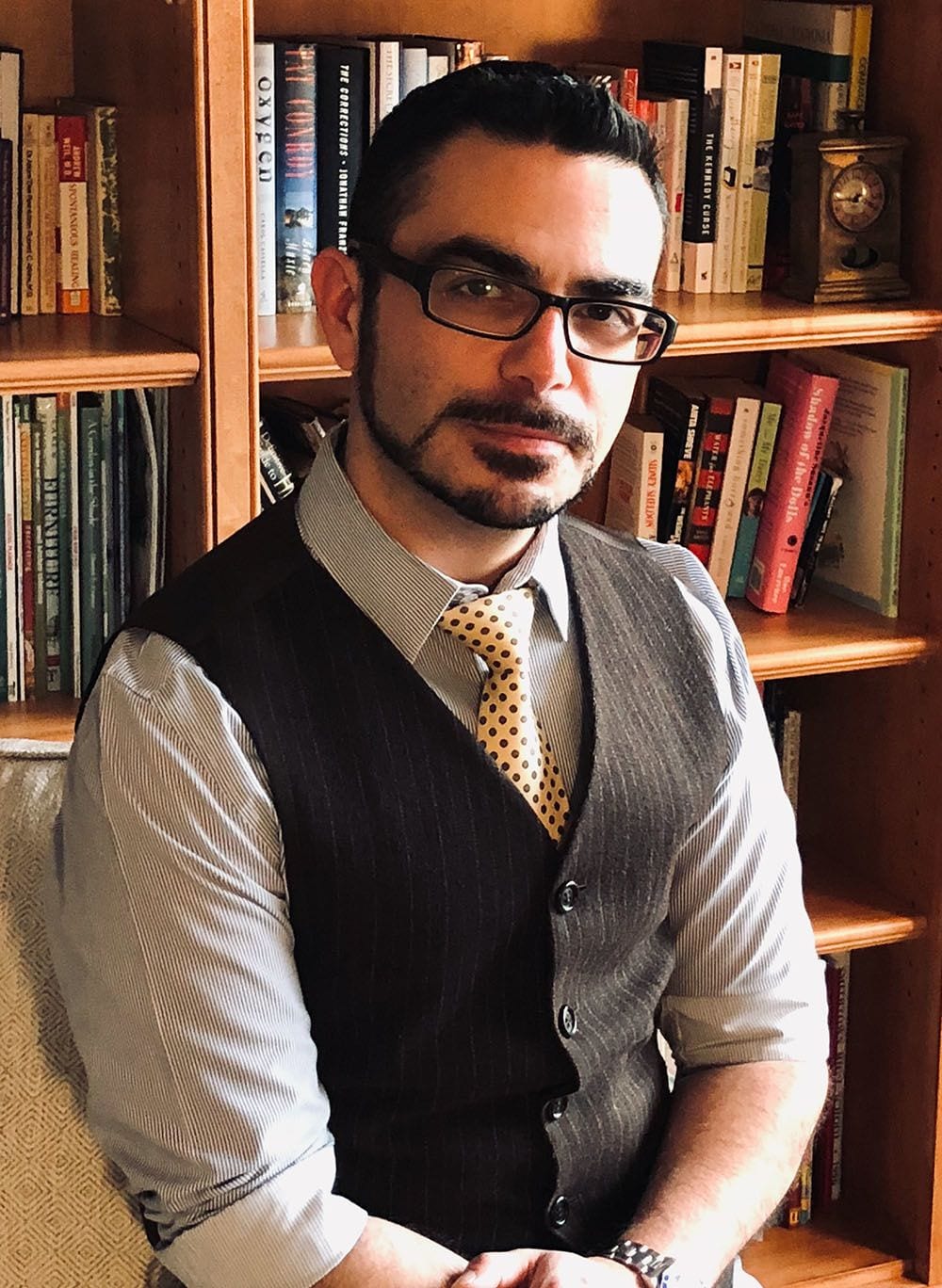 Like Zevon himsef, Kushins’ narrative roars quickly into the LA rock scene of the late ’60s. Less than 30 pages in, he’s dispatched with Zevon’s rocky childhood (Zevon’s father was a professional gambler and his parents split early in his childhood), and we find him, along with members of the Turtles, gobbling hallucinogens outside of George Harrison’s house on Blue Jay Way. After making the rounds of the lower ranks of the Los Angeles music scene as a recording artist and sideman, Zevon’s career took off with the release of his second solo album, 1978’s Excitable Boy, and the success of his signature song, “Werewolves of London”. It was the kind of success he’d imagined for himself since he was a child, and he allowed himself to fully indulge in it.

“Warren at one point thought that he would have to live that stuff to write about it,” says Kuchins. “I think his sobriety changed his tune about his creative process in a multitude of ways and one of them was to look inward instead of being this crazy extrovert for the sake of performance. All the guns and all the behavior were tied into that. He would think that behaving the way he did on stage would have to continue at the house.”

Zevon at his worst was a reckless blackout drunk, known to tear up his own house, crash his car, waive his .357 Magnum around in public, and violently attack his wife. His career, improbable as it was, was only possible thanks to the incredibly wide-berth granted to rock stars by the industries that benefit from the products they create.

“When he got clean and sober, most of his friends were authors who were already clean and sober and couldn’t believe the things they’d read about him from before they’d met him,” Kushins says. “It was almost like interviewing people about two different guys. There were times I felt like I was writing biographies of different people back to back.”

Kushins is never apologetic for Zevon’s behavior, and he admiringly manages to avoid mythologizing it. “It put me in a weird position because he is a personal hero,” he says. “The greatest respect I can pay to a hero is to stay objective. To take Warren seriously, I had to write all of it.” Kushins presents it all straight-on, and it’s a risk. Drunks quickly slip into becoming bores, and while Zevon’s work is never tedious, his indulgence can become exhausting. It’s a challenge, at times, to register empathy for his behavior. Indeed, halfway through you may be tempted to put the book down out of disgust. Staying with it, unsure of where Kushins is taking the story, requires a leap of faith that’s rewarded by the book’s second half. So hang in there and by the end you’ll have an almost equal feeling of warmth towards Zevon.

“When I learned about how difficult the sobriety was, and I think there’s a tremendous amount of guilt under the lyrics, it shed more light on the previous work,” says Kushins. “I think it’s sad because outside of his music, he spent the second half of his life making amends with every single person. When I interviewed people, it came into two classifications. It wasn’t family and friends or professional people. It came into interviewing people who knew Warren before he was sober and interviewing people who knew him after.”

Zevon spent most of the second half of his career touring as a solo artist, most often because he couldn’t afford the cost of taking a backing band with him, and working to rebuild his personal life. At his best, he produced songs of almost unbearable poignancy. No matter how hard he pushed people away with his behavior, those closest to him continued to keep him near to them and his peers never lost their respect for his work. After his cancer diagnosis, Tom Petty and Bruce Springsteen pitched in to help him complete The Wind, his final album, and Bob Dylan worked Zevon songs into his setlist.

Zevon remains a somewhat complicated figure. Beloved, and covered, by multiple rock ‘n’ roll hall of famers, his music remains mostly off the radar and he remains mostly in professional exile. Had Martin Scorsese not used “Werewolves of London” for the remarkable scene of Tom Cruise shooting pool and dancing with his cue stick in The Color of Money (1986) the song would almost certainly not have enjoyed the second life that it has. “When people ask, how would you describe Warren Zevon? to me he is the Kurt Vonnegut of rock music,” says Kushins. “He’s beyond classification. Silly but universal and philosophical and satirical all at the same time.”

Nothing’s Bad Luck isn’t meant to re-write Zevon’s past or elevate the work above the man. To its credit, it manages to sit with all of Zevon’s uncomfortable contradictions up until the end. “His story begins with the fact that he stayed sober until the very, very end and dug himself out of a hole the second time, when he had cancer,” says Kushins. “That’s the part of the story that made me very emotional. It only happens if you stick around for the whole life.”