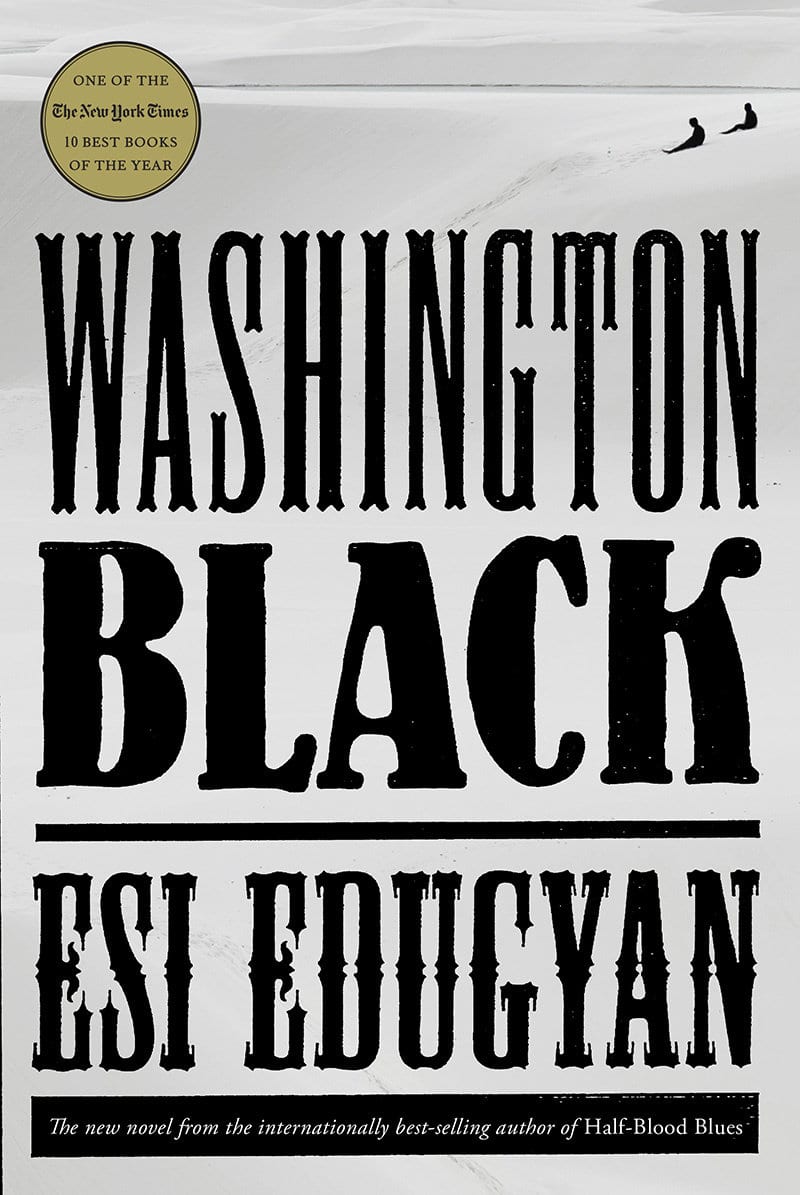 Washington Black‘s influence on contemporary literary culture is derived from Esi Edugyan‘s astute revisionist history. Her narrator, Washington Black, is a ten-year-old boy enslaved on the Faith Plantation in 1830s Barbados. Wash, as he is more commonly known, is smart. Through his relationship with Titch Wilde, Wash learns to redefine his identity beyond slavery. Instead of focusing on his misery, Washington Black envisions Wash’s intellectual liberties and corporeal freedoms. Yet it is in his relationship with Titch that Washington Black fails to problematize critical race issues despite Edugyan’s lively revisioning of historical narratives. (See also Misplaced Redemption and Bittersweetness in Esi Edugyan’s ‘Half-Blood Blues’, by Zachary Houle, PopMatters 15 Apr 2012.)

As Washington Black opens, Faith’s master passes away resulting in his cruel and masochistic son, Erasmus Wilde, inheriting control. Erasmus’ fear-mongering and murderous bent affirms “the raw, violent injustice of it all” (23). Many slaves chose suicide instead of enduring Erasmus’ terror. As explained by Wash’s maternal figure, Big Kit, “death was a door…in that faith the dead were reborn, whole, back in their homelands” (7). Throughout Washington Black, Edugyan demonstrates a creative understanding of historical narratives. Rather than focus on slavery’s cruel and dehumanizing practices, Edugyan gives Wash agency and mobility. The plot throughout finds Wash accessing informal education and cultivating his artistic abilities. He is a born artist, demonstrating a cunning ability to capture unspoken sensibilities. Wash represents a significant demographic of individuals, both historical and contemporary, who are prevented from developing their skills due to lack of privilege and systematic oppression. Here Edugyan revisions the historical narrative to showcase an existence where intellectual and corporeal freedom are not correlated with race.

Edugyan’s ability to weave science and naturalistic observation through her writing is inspiring. Her understanding of the interconnection between science, society, and race is especially poignant. At one point, Wash captures an elusive octopus intending on “killing her to crate up as a specimen for exhibition. [Yet] a twist of nausea went through [him]” (219). The idea of displaying life is so repugnant to Wash that he briefly reconsiders releasing the octopus. Ultimately “it was impossible. The science was wanting” (220). Edugyan uses the octopus to define society’s penchant for displaying black bodies as artifacts. Her analogy recollects Sara ‘Saartjie’ Baartman‘s legacy, Robert Mapplethorpe‘s hypersexualized photography, and the enduring objectification of blackness.

Wash’s freedom can be problematized by Titch, the benevolent brother to Erasmus and a scientifically inclined abolitionist. Titch takes Wash on as his assistant then encourages Wash to learn and be inquisitive without fear of violence. Wash eventually rejects his identity as a field slave and his relationship with Big Kit. Due to Titch’s influence, Wash believes he was “born for a higher purpose, to draw the earth’s bounty, and invent” (133). Titch is an archetypical white savior, believing he is morally superior for lifting-up Wash but does so without rejecting institutionalized racism. Unquestionably, Titch’s character arch is reflective of Teju Cole’s White-Savior-Industrial-Complex theory. On Twitter, Cole said “the banality of evil transmutes into the banality of sentimentality. The world is nothing but a problem to be solved by enthusiasm.” Titch’s ‘enthusiasm’ for Wash’s intellectual ability never overthrows slavery or even begins to unpack his own brother’s cruelty. Hence, Titch is lauded for saving Wash from injustice while said injustice remains unchecked.

Titch’s power and Wash’s dependence, both derived from white privilege, are clear extensions of colonial discourses centralizing the recognition and disavowal of cultural and racial differences. After Titch’s abandonment, Wash eventually becomes fixated on finding and reconnecting with Titch. Wash’s emotional bondage to Titch impedes his relationship with Tanna Goff and renders art and science as secondary interests. In doing so, Wash’s freedom is disavowed and Titch’s power is recognized. Moreover, Tanna is identified as a mixed-race: her mother Polynesian and her father white. Again, Edugyan points toward colonial theory without critically addressing affirmations of white power. Edugyan misses the opportunity to dismantle whiteness while Wash’s affective association with Titch verges on fetishism.

In the author’s defense, she does attempt to problematize Titch at the novel’s conclusion. Tanna is Washington Black’s only critical voice as she develops Black’s awareness of Titch’s self-serving motives. After Titch abandons Wash during a blustery and snowy evening in upper Canada, Wash is left shook and bewildered. Due to Tanna, Wash realizes the abandonment was because Titch “lost value for me…[Titch] saw only those who were there to be saved, and who did the saving” (296). Yet, Wash’s entire character motive is structured on his emotional connection to Titch. Wash searches across Europe and into Africa to find Titch all the while his emotional investment in Titch remains absolute. Washington Black relies too heavily on pathos and is inundated with an impalpable mawkishness.

Washington Black does provoke readers to question the idea of freedom, and whether Wash was ever free. He certainly feels free, given his mobility and the opportunity to draw, observe, and learn. His life with Titch and Tanna position Wash “to be my own free man” (185). Yet, Wash’s freedom is contingent on dependency and he’s never able to practice autonomy. He’s only granted access to the dominant society through other characters. More so, Black is never emotionally free; rather, he benefits from the privilege siphoned from Titch and Tanna. Edugyan is purposeful here as she carefully illustrates the fragility of the free-man identity. Even though Wash lives independently, he was still subjugated by the “brutality of white men…beaten and urinated on by my laughing white colleagues” (185). Edugyan unequivocally exhibits the superficiality of freedom when inequity and violence are commonplace and unhindered. It’s a cclear parable for contemporary society.

Despite Washington Black‘s beautiful and imaginative storytelling, its missteps are hard to avoid. Where the novel excels at revisioning a history where achievement is obtainable, it also fails to address critical race conversations.