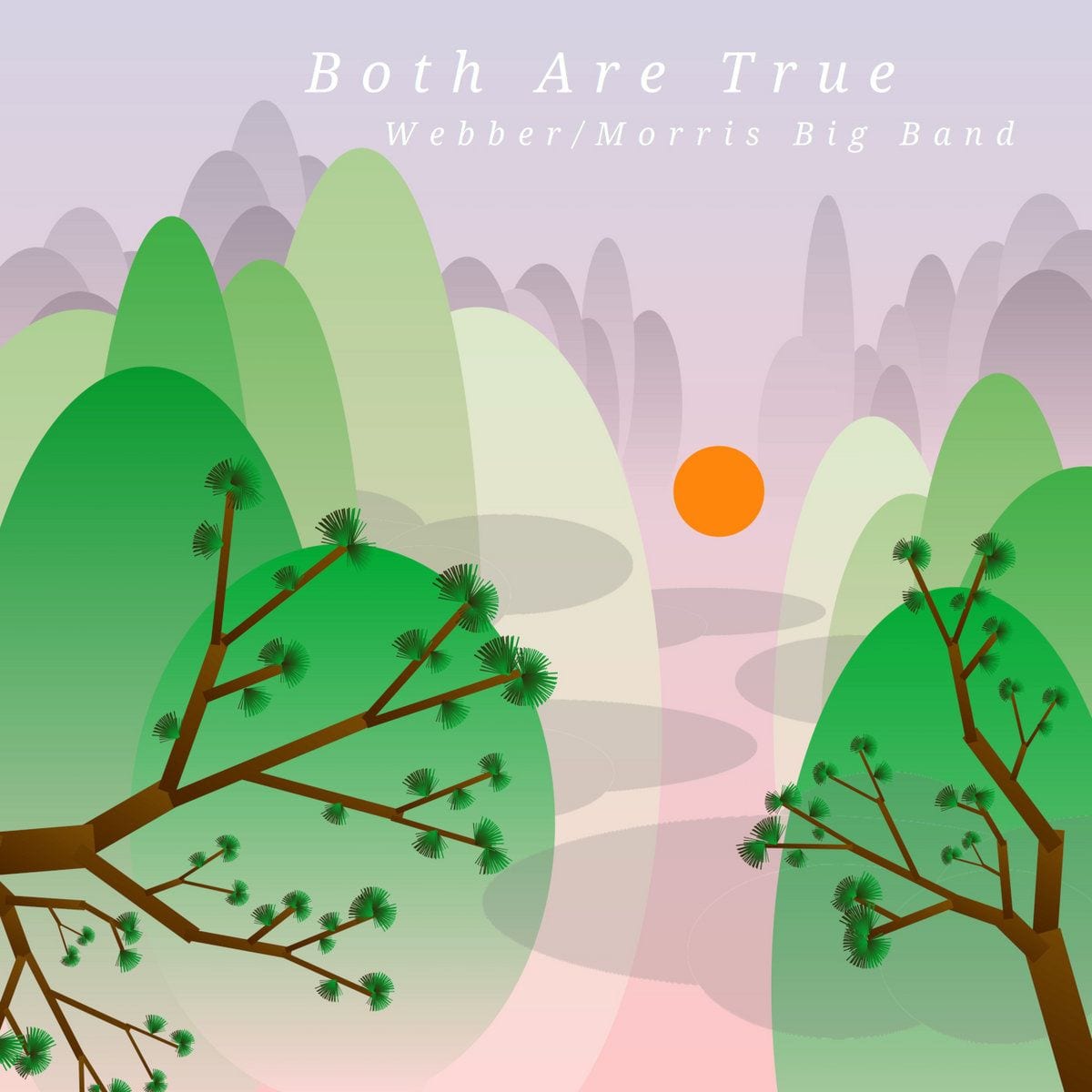 The new jazz of the last 20 years is an exciting and mutable thing—a combination of composition and improvisation that draws from the rich 20th-century history of African-American music but also the experiments and freedoms of “new music” from the Western European tradition. And given the brilliant, open minds of the young and superbly trained artists behind this trend, contemporary forms in hip-hop, rock, noise, and ambient music find their way in as well.

Most of this music has been performed by small to mid-sized bands, starting with early examples such as David Murray’s octet, Henry Threadgill’s seven and eight-piece groups, or Steve Coleman’s various ensembles up through newer groups led by Anna Webber, Mary Halvorson, Matt Mitchell, and many others. But, given the generous scope and ambition of the new jazz as well as the obvious history of daring jazz composition and arrangement by seminal figures such as Duke Ellington and Dizzy Gillespie, why not a big band?

Anna Webber and Angela Morris, both saxophonists and composers, have answered the call with Webber/Morris Big Band‘s Both Are True.

The opening track, Webber’s “Climbing on Mirrors”, is a clarion, attractive thesis statement for the project. Rather than being built on a chord progression and melody, it’s constructed from patterns and pulses, all adding up to something nevertheless beautiful. Even though the band is a classic 18-piece big band, the saxophone section is as likely to be the rhythm section as well, the rhythm section. Here, the reeds and brass throb to set up the opening theme—piano and vibes providing a simple, two-note melody that gets a low-toned two-note counterpoint from the trombones. Then an alto saxophone solo starts with accompaniment from the same horns, pulsing as if Philip Glass were lurking around a corner somewhere. Jeff Davis’ drums and Adam Hopkins’ bass are soon in the mix, creating a couple of funky, odd-tempo grooves, but the track makes clear: this is the new jazz, with new options available to create fresh platforms for improvisation. How does it end? With the clatter and pulsing giving way to the band singing, a cappella, in a wave of simple harmony.

The band, chock-a-block with wonderful New York-area improvising musicians, have been active since 2015. The instrumentation is traditional: four trumpets, five reeds, four trombones, and a rhythm section with vibes, guitar, piano, bass, and drums. But the musicians often use their instruments in unusual ways, whipping out the “extended technique” of new music (odd fingerings or unusual timbres and registers). More to the point, Webber and Morris use the group and its available colors in new and sometimes jarring, sometimes astonishing ways. There are shouts and growls, whispers and hums that Ellington or Oliver Nelson never imagined, even as the lineage of the formation stays intact.

Morris’ “Coral” is a ten-minute tone poem that uses the pastel colors of this band in ways that echo Reich/Glass minimalism, the sensuous arrangement styles of some big bands from the 1960s, and the kind of atmospheric improvisations we associate with the Art Ensemble of Chicago. Patricia Brennan’s vibes hook up with the overtones from the brass and Adam Hopkins bass in such a way that the track evokes progressive electronic music at times. Halfway through, the atmospherics coalesce into a disturbing, clattering groove, with several trumpets emerging as soloists in a delicate but wild tandem. There isn’t one obvious theme, but the whole is strong and satisfying—never dull.

“Reverses” is a Webber composition that eventually develops into a brassy explosion that shares DNA with Count Basie and Thad Jones/Mel Lewis, but it is different in riveting ways. The opening few minutes are a brass/wind fantasia of woven lines around a tonal center, coalescing into a stabbing eighth-note pattern, all of which places a rhythmic concept in the lap of the rhythm section. The full band explores that idea fully, setting up an expressive trumpet solo over a big band arrangement that shimmies and shouts in consonant glory. In its last minutes, however, the track returns to its pulsing origins and then adds a volley of muffled voices reciting words from Maya Angelou, a hum of barely-heard poetry.

Although the compositions by Morris tend to be more “out” than Webber’s, they are also varied and know how to play with tradition. “And It Rolled Right Down” begins with noise, as the musicians croak and whisper through their horns in a whooshing manner, and it includes a healthy dose of collective, harmonically free improvisation. But it is also the performance on Both Are True that is most likely to, well, swing. In its final minute, it does so with insouciance even as the extended technique returns. Morris’s “Both Are True”, the title track, after all, says it with its title: these musicians can play classic punching big band charts (nearly all, I’d wager, are graduates of jazz education programs where they did just that) and negotiate wilder, more avant-classical spaces. One of the best moments on the whole program is on this track, where Brennan’s sumptuous vibes solo (over a swinging rhythm section) allows the entry to a horn arrangement that hints at tradition. In a bit of musical magic, that gives way to a free improvisation that is so pretty and smart that you barely notice as it transitions to a complex written section.

There are a few short pieces that are less ambitious. The two “Duo” tracks allow the leaders, both on tenor saxophone, to play together unaccompanied in what sounds like pure improvisations. “Foggy Valley” sounds like an atmospheric free improvisation also featuring the two tenors as well as percussion, and Webber’s “Rebonds” is a teasing composition that features the off-kilter groove of Julius Hemphill’s “Dogon A.D.” and some overdriven blues guitar from Dustin Carlson. This dose of grit and soul is a good antidote to what can, at times, feel like a certain fussiness that always hangs around the new jazz. Morris and Webber have created thrilling music for this release, but it’s great to feel some of it move the bottom rather than just the noggin.

The gender identity of the composers and leaders of this date is irrelevant to appreciating and describing the artistry and joy in the music. But it is heartening still, to see this recording defying any dated prejudices that are still out there. The new jazz has leaders and performers across the full range of diversity, but it is still a struggle to discuss it. The music here is a triumph, suggesting again that creativity is served most fully when barriers to access and involvement fall and stay down.

The barriers busted by Both Are True are stylistic and mental. Here is a jazz band that is tightly arranged and gorgeously free, a new music ensemble that improvises and plays with precision, a complex modern idiom rendered with scuffed-up life. Soon, I suspect this kind of thing will be increasingly common, and new-century musicians innovate and incorporate diversity with more and more sense of fun.

But, right now, at least, the Webber/Morris Big Band jumps out like a joy.