A Whale of a Tale
Megumi Sasaki

It took over six years for filmmaker Megumi Sasaki to make A Whale of a Tale, a thoughtful documentary revolving around the controversial tradition of whaling in the Japanese town of Taiji, a community that, to Sasaki’s taste, was not represented fairly in Oscar-winning 2009 documentary The Cove. Her film examines the damaging effect The Cove has had on Taiji and its portrayal in the world’s media, following both anti-whaling American activists and the fishermen they protest. While the activists devote their lives to protecting the majestic sea creatures hunted and eaten by Taijians, the locals aim to preserve this cornerstone of their culture and question whether outsiders should be influencing their community’s traditions at all.

American journalist Jay Alabstor has lived in Japan for over 20 years and, much like Sasaki, sees and understands the culture clash from both sides of the debate. Indeed, A Whale of a Tale comes from a place of empathy and reason, considering the effects of whaling on the oceans and the people of Taiji but more importantly being respectful of all voices in this fraught debate in hopes of reaching a place of understanding.

PopMatters sat down with Sasaki to talk about the long, complicated process of filming in Taiji, Alabstor acting as her “alter ego”, how the tone of the whaling debate reflects current American politics, and more. 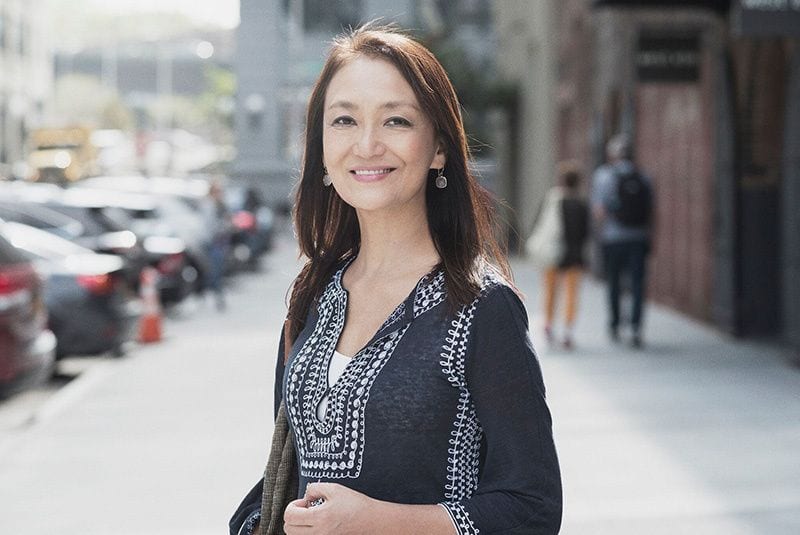 Making this film was a years-long project. What motivated you to make it?

When I saw The Cove, I was totally shocked. It was a powerful, emotionally engaging film with great storytelling. But it was just so one-sided. It’s full of misunderstandings and misleading information. But nobody spoke up.

I’ve lived in the United States for 30 years, and I always wondered why, when it comes to whaling, [do we hear] only one side of the argument? We hear all kinds of opinions and ideas [regarding] other controversial subjects. But whaling is only negative.

When a film like The Cove is released, it affects the real people [in Taiji] and their real lives. I felt that we really needed to give a voice to those people, those fishermen. As [the project] went on, the film grew to be something much bigger than the whale and dolphin controversies.

In the film, you present two sides of an argument and examine them, but you don’t pick a side, like The Cove does, but I imagine that it’s easier to make a compelling documentary if you do choose a side. How did you endeavor to make your film engaging without choosing a side?

I think people expect you to pick a side. Who are the good guys? Who are the bad guys? Usually, the filmmakers [represent] the “good side”, and we go get the bad guys with our cameras. I think this is very dangerous. Who are we to make a judgment of who is wrong or bad? The world is so complicated. It’s not just black and white. We have a responsibility in how our work will affect these people and their community. [The film] is an examination of what happens to a small town like Taiji when Hollywood descends and how this community’s life is disrupted and what happens as a result of that.

But also, I think my film questions filmmaking and media and how we communicate with each other, especially with people who have an opposite opinion and different thinking. Why do we tend to get rid of those people, pointing fingers and shouting in their faces instead of trying to sincerely listen? We all become so righteous.

In the film, I take no position [ in the debate], and I think that that’s become the strong position. I think all issues deserve to be represented from different sides, not just one side. This film is not just about whale and dolphin hunting. That’s the entrance point. You can take away more universal things from the film, like [messges of] diversity and communication. Try to be as open-minded as possible. 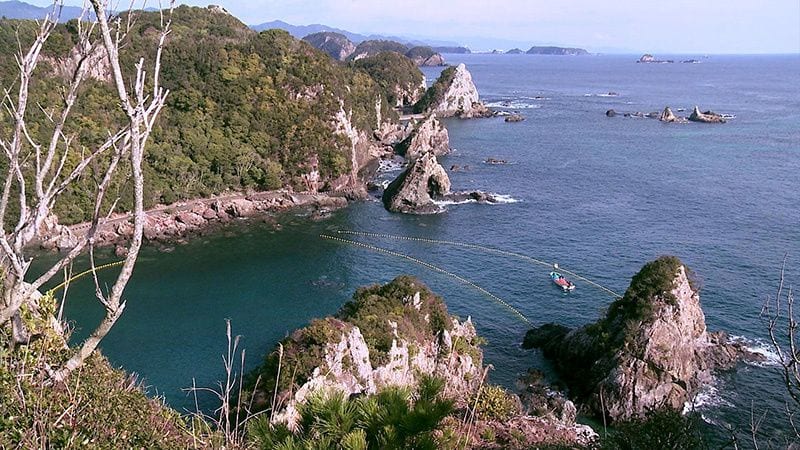 He’s almost like my alter ego. I’m a Japanese person who has lived in the States for a long time, and Jay is an American who has lived in Japan for a long time. We see this issue [of whaling] differently because we split our lives between these two countries. Our hope is for people in these countries to get along despite the different ideas about whales and dolphins.

We create so much hate because of these animals. I don’t think we can ever come to an agreement… but let’s just be okay with the differences. We have different histories with these animals, different cultural backgrounds. Can we just accept that?

The current political climate in the United States seems to be overrun with people who aren’t willing to listen to anything anyone on the other side of the aisle has to say, facts and data be damned. Did you find this the same kind of closed-off thinking permeate the whaling debate?

Absolutely. When I finished the film in 2016, it was the year when Donald Trump was elected President. When I saw that I thought, this is exactly what’s happening [in Taiji]. It’s about these local people who don’t appreciate globalism, but their life is rather hurt by globalism, so they don’t like globalism. Globalism and vocalism are colliding forces [in Taiji]. It’s a little fishing town with global conflict.

The documentary explores the town’s ignorance to how poorly it’s represented to the world on social media, and in a way it’s alarming that these people don’t know to what extent their little community is being vilified on a global scale.

Jay explained and I explained to [people in Taiji] the ugliness of the language people use to describe their town and the fisherman. They don’t have an understanding of it. They do use social media, but it’s enclosed to their friends and family. They maybe see Japanese news and local news. 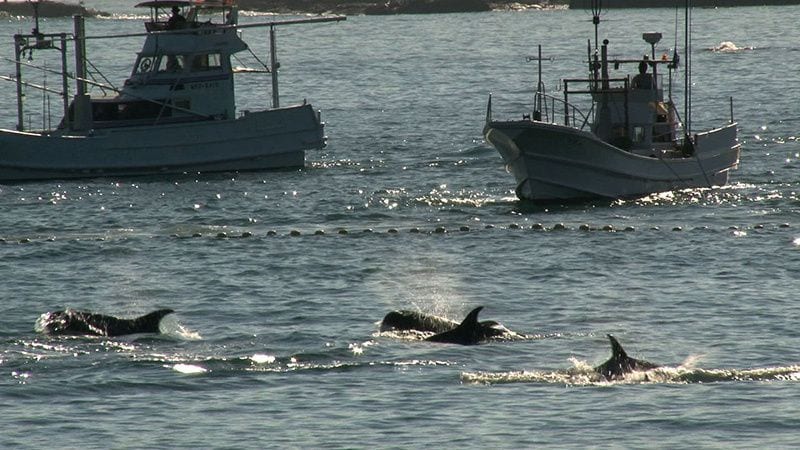 How did you find Jay?

A museum curator told me that there was this American guy in town, and I begged him to introduce us. When we met we hit it off, but [Jay] is very careful. He’s more Japanese than I am. [laughs] He understands the sensitivity of [the controversy], so he never shows up in the media.

Because of the sensitivity surrounding whaling, it must have been touchy getting people in Taiji to agree to appear on camera.

You have to be very careful because you really bear the responsibility of their life, you know? If he or she is reluctant, I will never force them to be on camera. That’s just my style. I don’t want to paint anybody in a bad or negative light in my film. I just want to treat people as fairly as possible. Everyone. I don’t want the film to portray “Japan vs. America”, or “fishermen vs. activists”. It’s so not about that.

The message is, how can we bridge these countries and people’s ideas despite the differences? We’re not even suggesting to compromise or to have a dialogue.

Have people in Taiji seen the film?

Oh yeah, they really liked it. At least… they thought it was pretty fair. I told them from the beginning that the film wouldn’t be pro-whaling or pro-dolphin hunting. But it’s sympathetic to the fisherman and the little town of Taiji.