What Should Be Wild
Julia Fine
HarperCollins

What Should Be Wild tells the story of a girl born with the supernatural power of killing or bringing back to life people and animals and plants simply by touching them. When she reaches adolescence and a series of events (which I shall not spoil here) interrupt the isolation of her life, she must venture into the wood that neighbours her house, where she will discover the arcane powers that live there and the mysterious source of her abilities.

The material is intriguing. It could be the foundation for a strong, even excellent fantasy/horror novel. When I say that the ambition does not match the execution, however, what I mean is that it feels like the novel is trying very hard to be more than such a genre story.

Fine starts from a fairly simple premise and then packs her book with a wealth of sophisticated literary techniques that, unfortunately, do more to distract from the reading experience than to enrich it. The structure of the story is complex: chapters alternate between one narrative told in first-person, past tense, and another told in third-person, present tense. These sections in turn play with the registers of the memoir, the flashback, historical fiction, short stories, and occasionally even thriller and romance. The effect is rather jarring, as it’s never entirely clear whether we are being drawn in or kept at the outskirts of this narrative world, and the technique seems wasted for a story that could have been told a lot more simply. (I also felt that the choice of grammar was improper, as the events happening in the present are told in the past tense, whereas the tales of the mythical characters from the past are told in the present tense, but that may be just me). 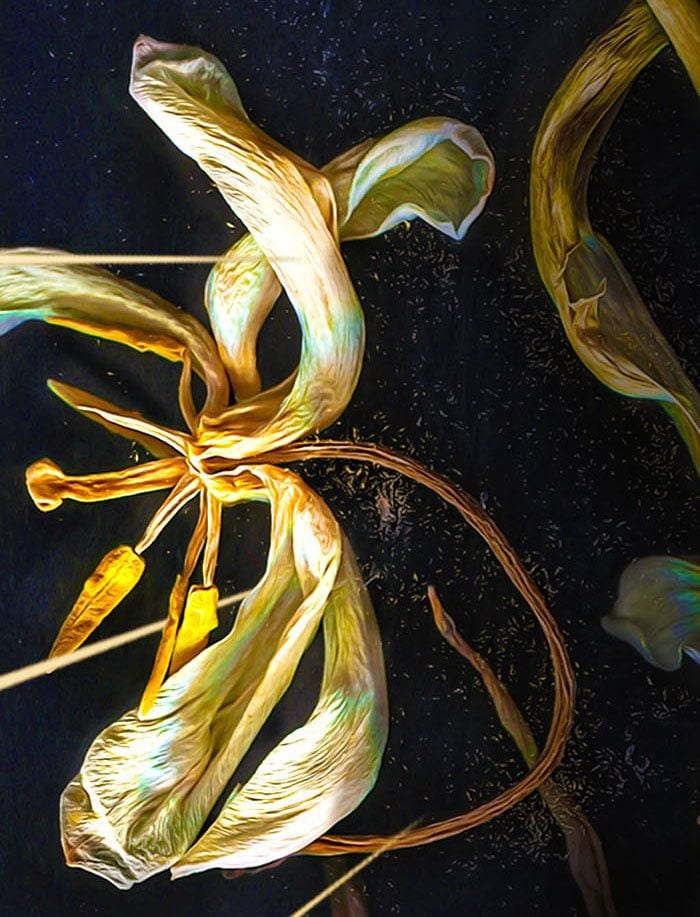 There’s a similar issue regarding the novel’s style. There can be no doubt that Fine is a skilled writer. Her sense of phrase and her evocative power are top-notch, and the novel is full of sentences like this: “If the forest filled me with awe at the earth, the strength of the life that burst through it, this country was the saga of the sky: its infinity, the way clouds hung low like honey as it settled into tea.”

The rich sentences work on their own terms, for sure, but most of the time they don’t seem to serve any purpose. As I read the book, I wanted to find out what would happen to Maisie and the other characters, I wanted to unravel the supernatural mystery. Instead, Fine constantly slows down the story to give space to descriptive metaphors and impromptu meditations. As well as being self-serving, these also lead to a problem of incongruence. The protagonist Maisie is portrayed as a clumsy and uncertain character: her occasionally goofy dialogue aptly reflects her years of isolation, but the moment she slips back into ‘narrator mode’, her internal voice picks up the diction, composure, solemnity and vocabulary of a Babylonian high priest. The voice speaking in first person just doesn’t sound like the character being described.

To be clear, I have no problems with complexity and depth in literature (much less with rich but muddy prose, and I have praised books in the past for pulling it off well). I’m not saying that this should have been a samey old fantasy novel because, hey, fantasy is supposed to be about escapism into a world of witches and magic and stuff. To the contrary, what I’m saying is that a standard story-telling format, even a genre-specific one, is perfectly capable of telling meaningful and complex stories. Indeed, Fine’s narrative has many interesting layers: Maisie’s journey works as an investigation of the relationship between female identity and primordial nature, with the forest acting as a sort of literal and metaphoric interior. The characters contained in the wood all seem to represent different phases and life experiences available to a woman, spread across a wide historical canvas, and their personal histories are stimulating. It’s just that there’s nothing in this story that requires constantly jumping from one perspective to another, one tense to another, and one historical period to another. It could have been told just as well, and with no less literary merit, with a single narrator and/or protagonist who slowly and gradually discovers traces of her past.

While there are glimpses of what Fine can do when she is truly inspired, I’m afraid that What Should Be Wild was fairly misconceived as a debut. In an effort to make it complex and literary, the author has ignored too many of the basics. Pace is one problem, and not just because the prose is too self-indulgent. At one point Maisie’s father disappears and she goes looking for him, but there’s no urgency to her hunt at all. Instead, she goes about the business by leisurely nature promenades, which take several days, and these are spent mostly flirting with a (rather predictable) handsome rake she has met on the way.

Finally, the protagonist is perhaps the greatest problem I had with the book. Many of the issues I mentioned could have been overlooked had Maisie been more appealing, but her role in her own story is much too passive. She shows little to no initiative of her own, and the entire plot is pushed forward by events that happen because of other characters’ research and activities. Half the times Maisie doesn’t even know what the people around her are trying to do, and she goes along because she’s following her father, or some other man she’s interested in. For a novel that foregrounds matters of female identity so starkly, this seems like a pretty limiting message about the agency that its heroine is allowed to have.