When She Runs cold opens with a nearly three-minute wide shot of Kristin (Kristin Anderson), a mid-20s amateur athlete sprint-running on a treadmill placed in the center of a dark, empty gym floor. The only sounds are of Kristin’s breathing, and the pounding of her sneakers against the treadmill belt to a metronomic beat. The scene establishes the remarkably poignant tone for the entire movie, which having premiered at the 2018 Tribeca Film Festival, is a breakthrough in sports cinema. Directed by Robert Machoian and Rodrigo Ojeda-Beck, When She Runs rejects a blaring soundtrack, snappy motivational dialogue, or brisk training montages to relegate itself to a typical underdog sports story. Instead, the disarmingly quiet long takes continue to roll along, as Kristin’s extraordinary dream — to win a local qualifying heat to come one step closer to making the U.S. Olympics squad— is challenged by a 36-hour sequence of everyday suburban events which silently threaten to derail her.

The film’s opening training scenes may drag on, but through Anderson’s deeply emotive performance, Kristin’s quiet sense of desperation evokes dread about what is to follow. Eventually, Kristin will be forced to leave her early morning cocoon of running, ice baths, unseasoned boiled chicken, and conversations with a coach whose only concern is that she sleep, eat, and run at optimal levels. Her small American town will awaken, and so will her chance to uninterruptedly pursue her dream. 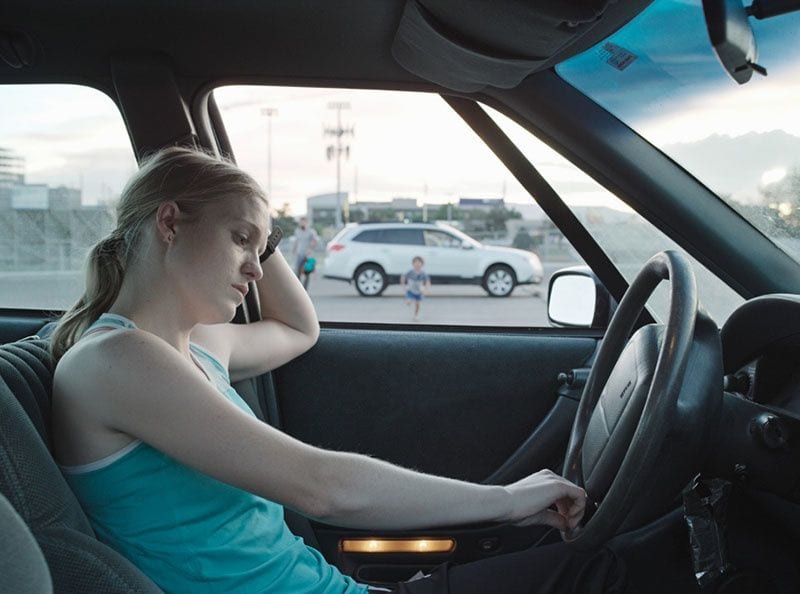 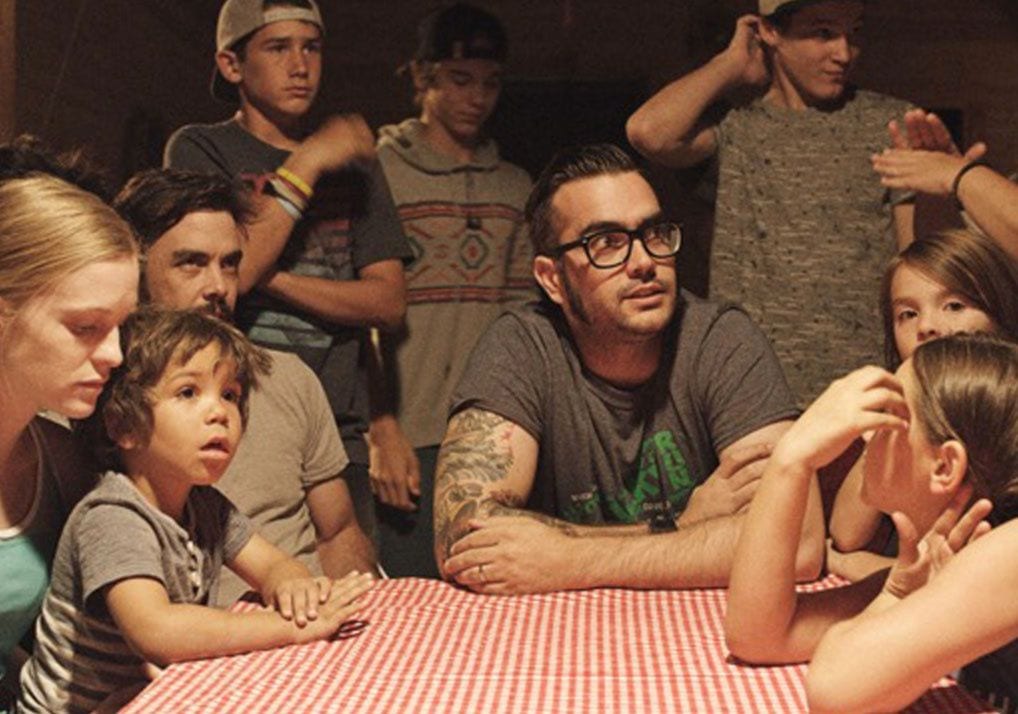 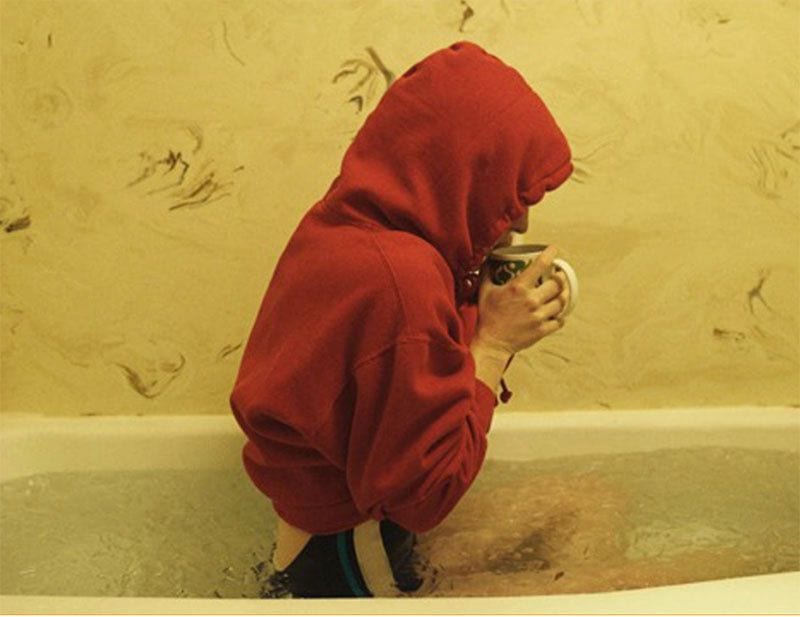 Much of When She Runs is a portrait of a typical suburban day, which has built-in mechanisms to potentially slow Kristin down a few miliseconds — more than enough time to end her Olympic dreams. Before her big race, Kristin will do multiple shifts at a snow cone shop during hot summer hours, and repeatedly feed carefree customers ice cones bathed in sugar. She will also take care of her toddler for a day because, even on the eve of the biggest run of her life, she has made a deal with her separated husband to do her share.

Machoian and Ojeda-Beck shoot each of Kristin’s routines using the same style as in her training scenes, so to portray that Kristin — for better or worse — begrudgingly places her training on par with her traditional routines as a suburban mom. And so, after a 12-hour day, Kristin obligingly attends her brother-in-law’s backyard BBQ birthday.

Remarkably, When She Runs casts no judgment against the BBQ’s languid sequence. Yes, the setting is a full out assault on Kristin, who finds herself silently trapped in a heinous suburban duality between wishing yet another routine would end so she can get on with her private dreams, and her silent yearning to fully immerse herself in the comfort of a food coma on a perfect summer evening. Still, despite Kristin’s struggle, this is a suburban scene full of bonhomie and joy; of kids singing songs, and watching backyard firework displays with awe.

Accordingly, one of When She Runs‘ finest accomplishments is its discipline to accept that Kristin’s contextual adversary may be formidable, but not villainous. The trade-off is the forsaking of major dramatic moments or big speeches either railing against or romanticizing small town contentment. But this should prove welcome to those who agree that cinema is far too often taking its cues from “the golden age of television” by evoking emotions through sharply written yet ultimately expository dialogue.

Equally refreshing is When She Runs’ resistance to build Kristin up as an unvarnished heroine. There’s enough evidence in the film to identify that she is self-centered, and perhaps selfish toward her husband. Kristin is also a questionable candidate to be an Olympian. Starting with irresponsibly losing a house key, the film embarks on a third act of Kristin’s avoidable errors to critically examine if she may be subconsciously trying to self-sabotage her time trial.

Whether Kristin wins the heat and becomes a super-heroic, stars n’ stripes clad Olympian is not When She Runs ultimate concern. Rather, the film persistently focuses on Kristen’s quiet, ongoing struggle to live on her own terms in a society that instructs otherwise. It is, after all, persistence that matters — persistence is the lifeblood of individual accomplishment.