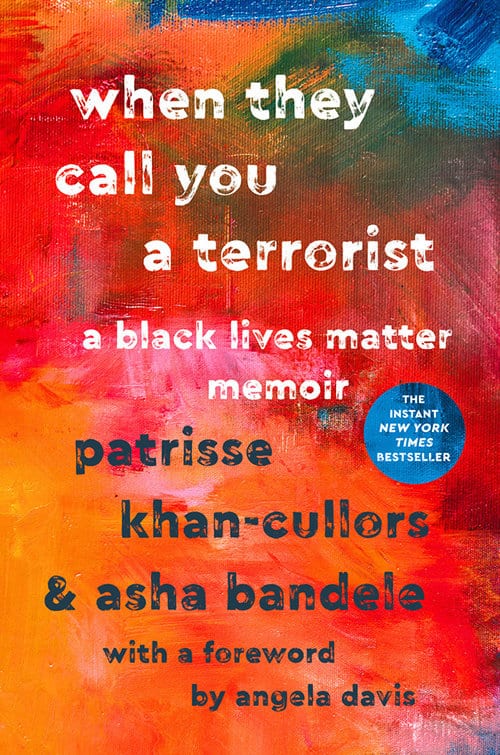 When They Call You A Terrorist: A Black Lives Matter Memoir
Patrisse Khan-Cullors
St. Martin's Press

“We have to change the conversation. We have to talk specifically about the anti-Black racism that stalks us until it kills us” (196). Changing the conversation is the crux of the powerful memoir When They Call You a Terrorist: A Black Lives Matter Memoir written by Patrisse Khan-Cullors and asha bandele. Primarily told from Khan-Cullors’ perspective, the memoir documents the accepted and prevalent forms of racial injustices plaguing the United States. Mapping her life while navigating the barriers to equality, Khan-Cullors, Alicia Garza and Opal Tometi co-founded the Black Lives Matter movement as a way to evoke social transformation. In a critical political and social moment, publications including When They Call You a Terrorist are essential for consciousness-raising and combating the contemporary vitriol.

When They Call You a Terrorist‘s strength is as a political text. However, Khan-Cullors’ engagement of intersectionality is preeminent. As a “mother and wife, community organizer and Queer, an artist and a dreamer” (3), Khan-Cullors is critical and aware of the multiple systems working in singularity to subjugate and silence. Whereas she is the quintessential example of an activist who gains momentum from the intersection of the personal and political, her brother Monte is the embodiment of one who succumbs to the despotism. Monte’s experience with police brutality started when he was young and for minor infractions including “wearing the same t-shirts” (56) as his friends. 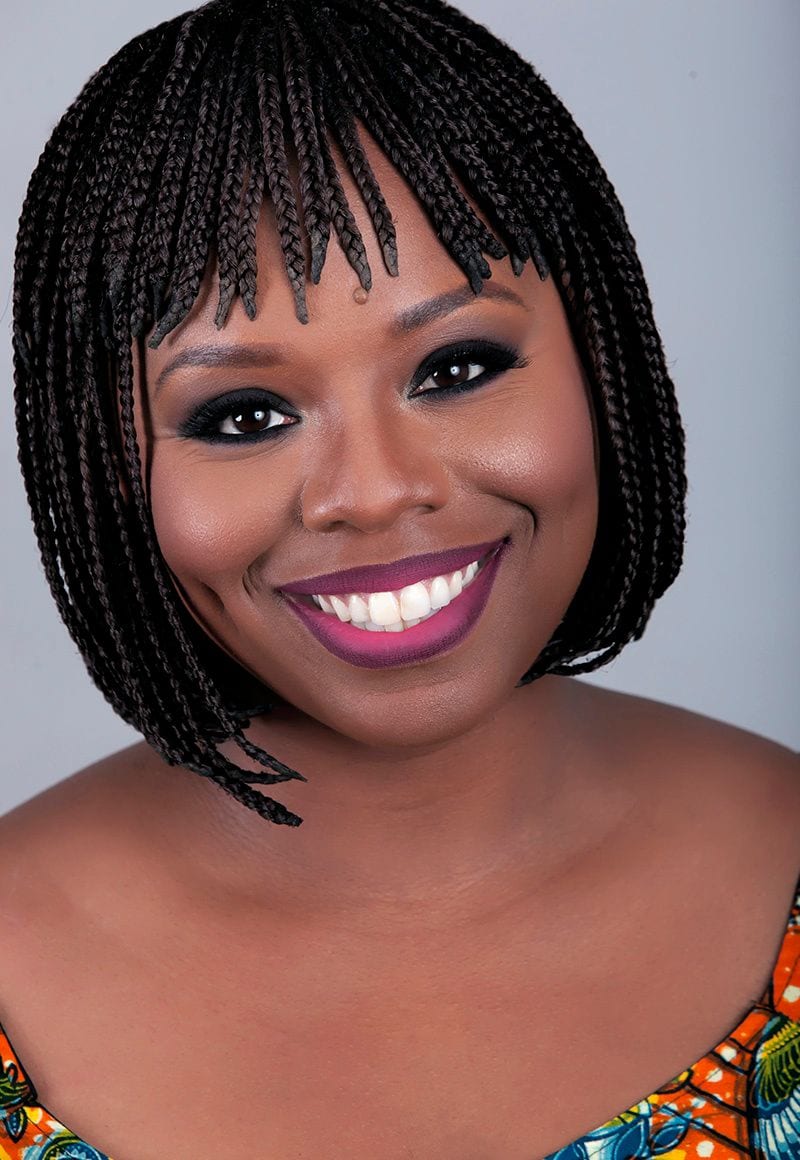 When incarcerated, Monte was diagnosed with Schizoaffective Disorder and subsequently over medicated. For the rest of his life, Monte was challenged by recidivism, hospitalization, medication, and police brutality but “there was no infrastructure that existed to help secure either his re-entry or his mental health” (112). Khan-Cullors mirrors Monte’s narrative with her father’s, who faced a similar existence as he tried to navigate institutionalized racism and addiction. Here the memoir provides a critical analysis of the prison-industrial complex and the harrowing reality that anti-black racism is also a method of community control. In doing so, the value of African-American lives are derived from draconian ideologies and practices. Concretely, this is why the Black Lives Matter movement is imperative.

It’s refreshing to see women-identified activists at the forefront of a social and political movement. Khan-Cullors development of Black Lives Matter subverts the historically dominant narratives centralizing men as the activists and revolutionaries. Indeed, this is only a slight generalization, as Angela Davis, a prominent revolutionary in her own right, wrote the memoir’s forward. The Black Lives Matter movement has further eclipsed the gendered stereotype and is moving in a direction to dismantle other staunch ideologies. In the early stages of the movement, Khan-Cullors wrote on Facebook “I hope it impacts more than we can ever imagine” (181). In the wake of the acquittal of state-sanctioned murderers and white supremacists occupying the White House, it is evident that race-based violence and hate are real. Thankfully, the Black Lives Matter movement is only beginning to enact progress while resisting the interlocking systems of power. 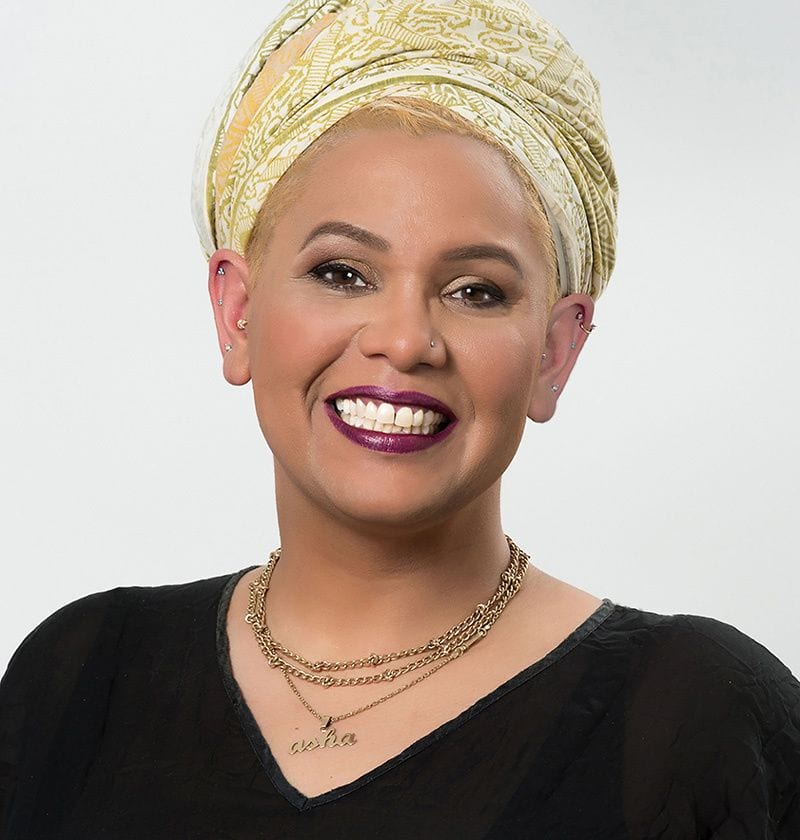 The level of internalized acceptance of anti-Black racism is disheartening and staggering. For Khan-Cullors, and African-Americans in general, there’s a fear “that no one will believe them. Worried that there’s nothing that can be done to fix things or make things better” (15). But Khan-Cullors embodies the remedy needed to quell the insidious fear. She began the movement when she hashtagged her colleague’s post with #blacklivesmatter. A simple online response spurred the global recognition of racial subjugation and marginalization. As such, Khan-Cullors establishes the vision for a pragmatic deconstructive framework. This is where When They Call You a Terrorist incites hope and the call to access the tools necessary to breakdown systematic oppression. Keep questioning. Keep protesting. Keep voting. Whatever it is you’re doing, Khan-Cullors’ memoir encourages you to continue agitating and advocating. The Black Lives Matter movement has disrupted an undeserved comfort and acceptance of an unjust society. Rightfully so.

Khan-Cullors’ political lens is shaped by love. Throughout the memoir, she is driven by a deep devotion to her family, friends, and community. Despite all the tribulations, her activism and vision are guided by unwavering love, optimism and the belief that change for the better is achievable. Towards the end of the memoir, she writes about her desire for a child. This symbolizes her steadfast belief that she can positively impact society in order to create a safe and empowering space for her baby. As she writes to her daughter, “you are what love and the possibility of a world in which our lives truly matter looks like” (253).