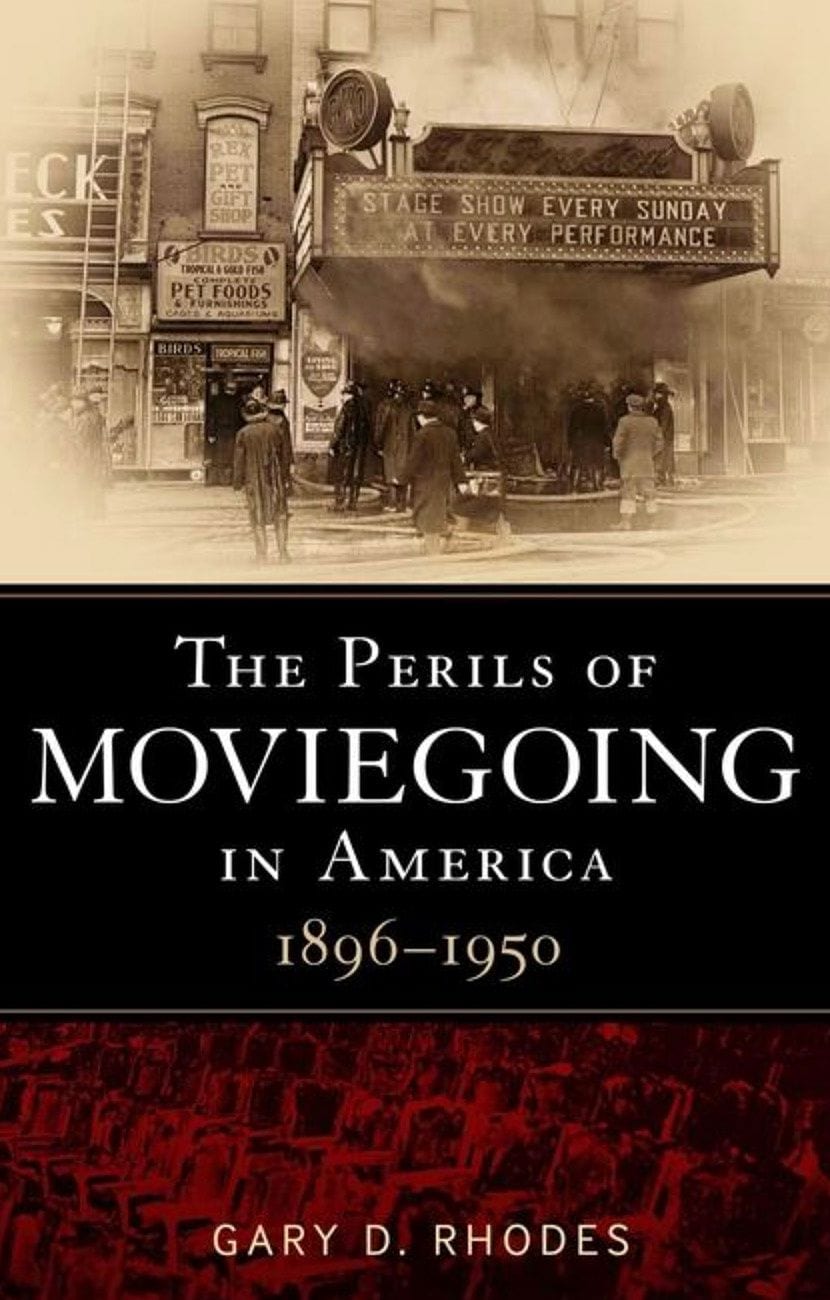 The Perils of Moviegoing in America" 1896-1950
Gary D. Rhodes
Bloomsbury

Is coronavirus the final nail in the coffin of theatrical moviegoing, as many in Hollywood fear?

The current situation is undeniably traumatic for movie theaters, which have been under assault for decades, ranging from the rise of television and videotape to home theaters and streaming services.

But movie theaters will survive. For a time, profit losses will be severe, and some theater chains will suffer more than others. AMC and various independent theaters are in desperate times. The situation is real, and it is horrible.

Nevertheless, in time, attendance will return. Public film exhibition will prevail. That is an absolute certainty.

After all, we have in fact been here before, and more than once. Fears over illness and disease and contagion have prematurely rung the death knell of movie theaters for well over a century.

As early as 1909, an American doctor warned ticket-buyers that nickelodeons, the precursor of the modern movie theater, were “ideal localities for the development and spread of communicable disease.” Five years later, the Journal of the American Medical Association argued that rebreathed air in movie theaters would facilitate the “distribution of infectious diseases”.

During the 1910s, outbreaks of smallpox, scarlet fever, diphtheria, and whooping cough caused city and state officials to close some movie theaters temporarily.

Polio was an ongoing concern. In July of 1916, 3,000 American theaters refused to admit children under a certain age in order to prevent its spread. The same disease forced restricted admittance for kids at many theaters during World War II.

But the most analogous historical period to our present situation was the influenza pandemic of 1918. By September of that year, movie theater closures became common. Hundreds of theaters closed in October, some voluntarily due to declining ticket sales, and others due to city ordinances.

These measures followed a brief period when some of them tried to limit the number of ticket buyers and require viewers to leave space between one another, as AMC initially tried in 2020.

As of November of 1918, headlines in the film industry publications included “St. Louis Suffering Loss of Over $200,000 a week” and “Dallas Territory Paralyzed”. By that time, thousands of movie theaters in 34 states were shuttered.

A publication called Exhibitors Herald encouraged theater managers to “keep smiling” because “conditions are so bad they could hardly be worse, and being so, should speedily show improvement.”

That advice was hardly reassuring, particularly because the pandemic wasn’t over. In December 1918, theaters that had reopened in cities like Detroit, Minneapolis, and Milwaukee had to close again due to “alarming signs of an influenza flareback.”

And returning to normalcy took some time. During 1919, reopened movie theaters in some cities suffered poor ticket sales due to what exhibitors called “fluphobia”, meaning the fears some citizens experienced even after the pandemic dissipated from their communities.

In the end, over half a million Americans died in the 1918 pandemic, perhaps as many as 675,000. North American movie theaters suffered losses of some $40 million, at a time when the average ticket price was around 25 cents. Some exhibitors never reopened their doors, but most survived, and, in time, they thrived.

Like schools and concerts and festivals, movie theaters in 2020 will receive a clean bill of health, even if, alas, it takes months rather than weeks.

People will congregate again, experiencing not fear, but the contagion of laughter and excitement that only watching films together in a darkened auditorium can bring.

Yes, it is difficult to be optimistic in the middle of a pandemic. And yes, 2020 is very different than 1920, including in the demographics of the moviegoing audience, but that is where we can particularly allow ourselves hope.

Most ticket-buyers of today are young, and they will always want to get out of the house, to get away from their parents, and to go on dates. With their disposable income and their indomitable spirit, they will keep movie theaters alive when the pandemic is over.

Cabin Fever isn’t just a condition. It was also movie. Millions of us saw it together at movie theaters in 2002. Just like we will see James Bond. Daniel Craig’s appearance in the latest James Bond film has been postponed but he will be coming soon to a theater near you (hopefully on 25 November) in a film titled perfectly for these times: No Time to Die.