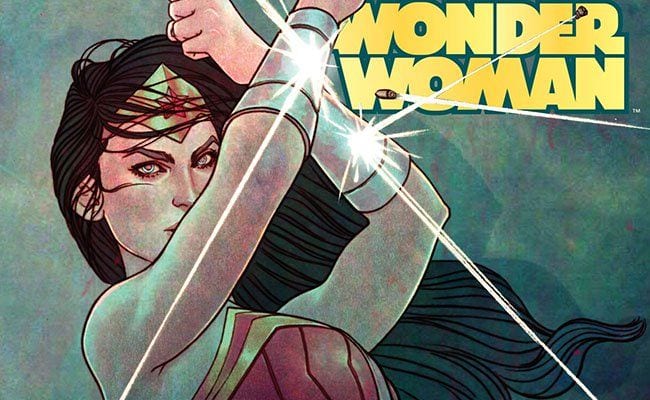 There are some origin stories that don’t need to be retold again. The story of how Bruce Wayne lost his parents or how Clark Kent lost his home planet are so overplayed that there’s really not much new to add to the narrative. We, the audience, get the message. We know why Bruce Wayne is Batman. We know why Clark Kent is Superman.

With Wonder Woman, however, the situation is different. Despite being the third pillar of DC’s mighty trinity, her origin story is one of the few that DC Comics doesn’t overly belabor. The setup is already established. Wonder Woman’s basic history of growing up on an island of immortal women and rubbing elbows with Greek gods is easy to grasp. Anyone with access to Wikipedia can glean those details.

What Greg Rucka and Nicola Scott are doing with Wonder Woman in DC Rebirth, however, takes it a step further. Conflicts in the present are used to explore elements of Wonder Woman’s past. One issue covers the past. One covers the present. It sounds disorganized on paper, but in the grand scheme of things, it fits together into a fairly cohesive narrative.

There are no vindictive gods, shape-shifting monsters, or invading aliens in this narrative. In fact, Wonder Woman does surprisingly little fighting in this issue, but given how she seems to fight a new god, alien, or monster every other day, it’s a refreshing and overdue change of pace. Instead, the story gives us a glimpse into Wonder Woman’s past, focusing on her early exploration of the world of men in its simplest form, namely by taking a trip to a local strip mall.

Granted, a strip mall in America is hardly the most comprehensive insight into men, but it’s fitting in that it doesn’t make a terrible impression. Sure, there’s excessive noise, rampant consumerism, and gaudy advertising displays, but there’s nothing so horrifying that it would inspire an island of warrior women to purge the world of testosterone. Steve Trevor and Eta Candy even introduce her to margaritas. That’s as good an impression men could make without adding something deep fried and dipped in chocolate.

This helps create a uniquely balanced tone for Wonder Woman #10. Rucka doesn’t attempt to make Wonder Woman’s impression of men too extreme. There’s no emphasis on violence, rampant gender inequalities, and oppressive patriarchy. The world in which Wonder Woman explores never comes off as a beer commercial or a bad sitcom from the late ’50s. It actually makes the case that world of men is worth exploring and protecting.

It fits nicely with the overall tone of DC Rebirth in that the narrative isn’t overly focused on dark and dire themes. There’s still room for hope, understanding, and justice. Those are all among the highest qualities that Wonder Woman embodies. She’s not just this tough warrior woman in a tiara who fights aliens and renegade gods alongside Superman and Batman. She stands for her own set of values, embodies them to the utmost, and looks great while doing it.

She eagerly interacts with total strangers, embracing them regardless of their age, gender, or ethnicity. She’s not at all put off by the sight of men interacting with women, children making unfiltered comments about her attire or the woefully impractical shoes that some women wear. Wonder Woman has any number of opportunities to be offended or appalled, but doing so would require her to be overly petty.

Such pettiness is the antithesis of what Wonder Woman values. She loves and embraces everybody. She’s willing to give others a chance and she’s not going to be politically correct about it. These are powerful values that Wonder Woman has always embodied to some degree, but there have been too few stories that explore how she shaped these values upon coming to a world full of men. It’s still a story not nearly as familiar as Kryton exploding, but it’s a story worth exploring.

Wonder Woman is less a warrior and more an ambassador in this issue, but that’s not to say the hard-nosed warrior in her is completely muted in Wonder Woman #10. She does get a chance to fight. She does get a chance to protect the innocent. Granted, it’s not against a rampaging titan or an agent of Darkseid, but she still gets to be the wonderful hero she is at heart. It’s not exactly an epic battle in which the outcome is in question. This is Wonder Woman fighting in a crowded mall after drinking a margarita. It can only be so epic in that context.

Despite the limited scale of the fighting, there’s still some meaning and depth to the conflict. This isn’t just some random attack meant to fill Wonder Woman’s hard-nose warrior quota. It’s an attack that has ties, albeit vaguely, to the events taking place in the present. In terms of tying Wonder Woman #10 into the larger narrative that has been unfolding since the DC Rebirth relaunch, this issue does succeed, albeit barely.

The ties to a larger narrative may be limited, but Wonder Woman #10 still succeeds in its most important task. It highlights a period in Wonder Woman’s story that’s poorly developed and in need of greater depth. This issue gives us that without belaboring the parts we already know.

Greg Rucka and Nicola Scott are crafting a large, ambitious story that jumps around multiple time periods, puts a modern spin on a classic superhero mythos and highlights the core values of an iconic character. It still feels like something that’s too convoluted on paper, but they somehow find a way to make it work. That is a wonder, in and of itself.