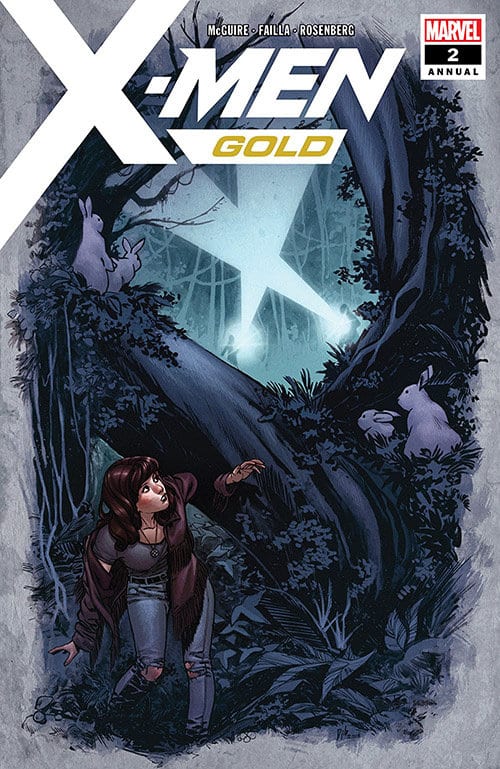 The best superhero characters go through phases that don’t always put them in a positive light. Some even become downright infamous, marking a dark period in their overall arc. In certain cases, those moments are best forgotten in the same tradition as the original Clone Saga, Wolverine’s relationship with Squirrel Girl, and that time Juggernaut hooked up with She-Hulk.

Unfortunately, the recent events surrounding Kitty Pryde cannot be easily brushed aside. The events surrounding her wedding to Colossus in X-men Gold #30 are just too heavy to overlook. To say that she comes out of that ordeal looking less than heroic is like saying Mole Man needs a shower. She does herself a huge disservice, being the one to propose to Colossus and the one to break it off. In terms of superhero credibility, Kitty is near the bottom with Magneto.

That’s not to say her character is beyond repair. X-men Gold #30 certainly adds complications, but not to the point of irreparable harm on the level of Marvel’s Hank Pym character beating his wife. Kitty Pryde still stands out as once of those characters who undergoes the most growth over the course of her time with the X-men. She joins the team as a scared, uncertain teenager who just got thrust into this world of mutants, killer robots, and living weapons. X-men Gold Annual #2 takes a step back form her current melodrama and explores this critical side of Kitty Pryde, recounting less heartbreaking parts of her journey.

Seanan McGuire and Marco Failla don’t try to reinvent Kitty Pryde. They simply attempt to reinforce the kind of character she already is and they don’t rely on killer robots to achieve this. Instead, X-men Gold Annual #2 recounts a younger Kitty Pryde taking a break from the Xavier Institute to go to summer camp. It’s not exactly a journey through the Savage Land, but it’s fitting in that it allows Kitty to feel normal for a while.

That ends up being a pretty significant theme, the act of being normal when unavoidable circumstances say otherwise. Kitty Pryde knows and acknowledges that she isn’t normal. She can pretend to be normal and for a good chunk of the story, that’s what she does. For the most part, it makes her happy. It gives her a chance to reconnect with old friends, enjoy traditional summer activities, and not worry about Magneto attacking every other week. For a young Kitty Pryde who has yet to get trapped in a giant space bullet, this should be cathartic. 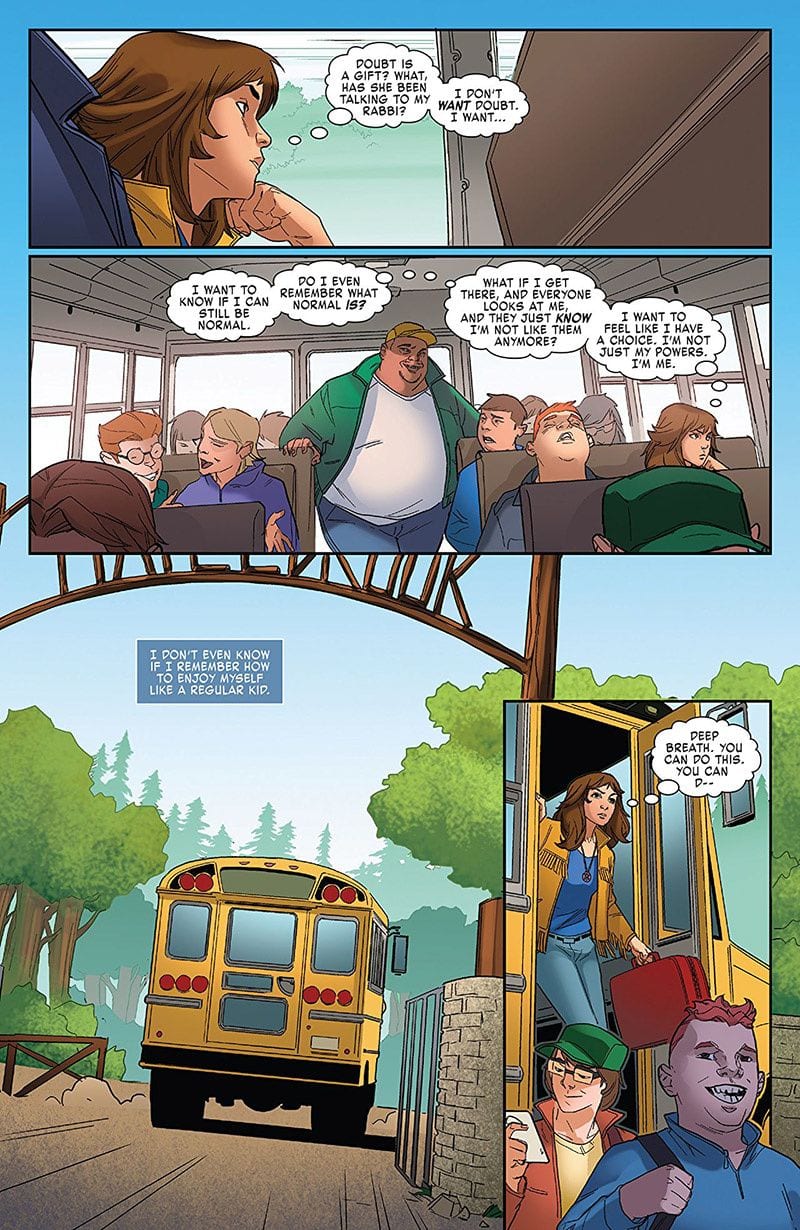 That’s not how things play out, though. Kitty learns fairly quickly that there’s no use being normal. She’s just not the same person she was before she found out she was a mutant. It shows in subtle ways at first. Her friends can’t keep up with her anymore, she feels more restless at night, and she’s a bit more willing to break the rules, which feels kind of like Wolverine’s influence on her. It makes for powerful moments of self-awareness that put Kitty ahead of the curve for most teenagers. However, when mutant issues enter the picture, both the personal insight and the overall story start to falter.

Things devolve quickly for Kitty once she decides to stop being normal and exercise her inner X-men. She finds out that these friends who she gets along so well with for half the story actually harbor anti-mutant sentiments. It further shatters the notion that she can just be normal for a while. Her reaction is somewhat predictable. Her sentiments aren’t much different from most expect of a teenager girl who just learns a hard lesson about the real world. She doesn’t come off as Kitty Pryde, a future leader of the X-men with a thing for guys named Peter. She’s just another upset teenager.

That’s understandable, given her age in this story. It still hinders the overall drama. There’s an effort to build more by having her cross paths with another young mutant who has to overhear the anti-mutant diatribes. It makes for a few nice moments, including Kitty’s first kiss, but there’s nothing iconic about it. There’s no Spider-Man kissing Mary Jane on top of the Empire State Building. It’s just two people who bear the brunt end of mutant hatred and help each other.

It’s a sweet but contrived way to salvage Kitty’s summer. Not much comes from it, though. There’s some basic bullying on the part of their fellow campers but there’s no nuance or depth to it. At times, it comes off as being copied from any teen drama movie made after 1987. Kitty doesn’t even do anything to confront the bullying. She doesn’t change hearts or minds. Granted, she’s still young and inexperienced at this point, but the lack of ambition she shows seems out of character for an aspiring X-men.

As a result, there’s no real resolution in X-men Gold Annual #2. Kitty meets up with her friends and they just apologize to her for how they reacted. It happens randomly and without any real incentive. They feel bad about how they acted and that’s it. Kitty doesn’t even get an opportunity to be heroic or show them the error of their ways. It just happens and everyone shrugs it off. That’s as interesting as this issue gets.

That’s not to say X-men Gold Annual #2 doesn’t have some merit. It’s still a refreshing reprieve for Kitty Pryde, exploring another part of her past at a time when her present is such a mess. It even has a relevant message about trying to appear as “normal” in a world that isn’t always kind to the abnormal. Kitty tries to just fit in and ignore the things that make her weird. That’s something plenty of teenagers can relate to. There’s a story there, but it’s incomplete and downright bland at times.

Kitty Pryde still has a lot of room to grow. She’s one of those characters whose journey reflects the struggles of the X-men and mutants, as a whole. It’s part of what makes her endearing and likable. X-men Gold Annual #2 does nothing to undercut that, but it does little to enhance it. In the past, she’s still a young woman who’s destined to become a member of the X-men. In the present, she’s still the one who leaves Colossus at the altar. For her, growth isn’t just inevitable. It’s necessary.