Sometimes you just know within a few minutes. At the start of Yi’nan Diao’s rapturously beautiful and darkly entertaining The Wild Goose Lake (Nan Fang Che Zhan De Ju Hui) two lean and beautiful people with the look of the hunted in their eyes circle around each other at a train station. Cigarettes are lit in the glimmering darkness. The man, Zhou Zenong (Hu Ge), has a large scar on his face and carries a bag that must contain cash.

The woman, Liu Aiai (Gwei Lun-Mei) fingers an umbrella, looking scared but as though she has nowhere else to go. She is passing on a message from Zhou’s wife, but is not sure exactly what is happening. “I’ll explain,” he says.

Not surprisingly, it turns out he is on the run, with a whole universe of gangsters and police after him. Cutting back to two nights prior, Diao (Black Coal, Thin Ice) places Zhou in the basement of a remote hotel, where the local criminal element is carefully carving up the city into quadrants where each gang is allowed to steal scooters. (Diao was reportedly inspired by a story from Wuhan about a “Congress of Thieves” who did just this.)

It’s all highly civilized, complete with a tutorial on best scooter-theft practices, until a pair of low-impulse-control brothers take issue with Zhou’s guys getting the best turf. Even though he tries to keep everything cool, it doesn’t take long for the room to descend into a melee. Showing the spark of early Scorsese, Diao stages the fight with both discipline and spiky verve, weaving inset shots of tautly straining limbs. Then, in a development that could well end up in Fast & Furious 12, a proposal is made to settle things: the gangs compete over who can steal the most scooters in two hours.

It’s no surprise that things go badly. But the gasp-inducing suddenness of how Diao pivots from long, moody shots of scooters buzzing through the night—there’s a richness to the cinematography that makes even the night seem dazzling with color and texture—to a splash of shocking violence kicks the movie into an entirely different register. A massive police manhunt is organized, with a 300,000 yuan (about $40k) dead-or-alive bounty placed on Zhou’s head after he mistakenly kills an officer. 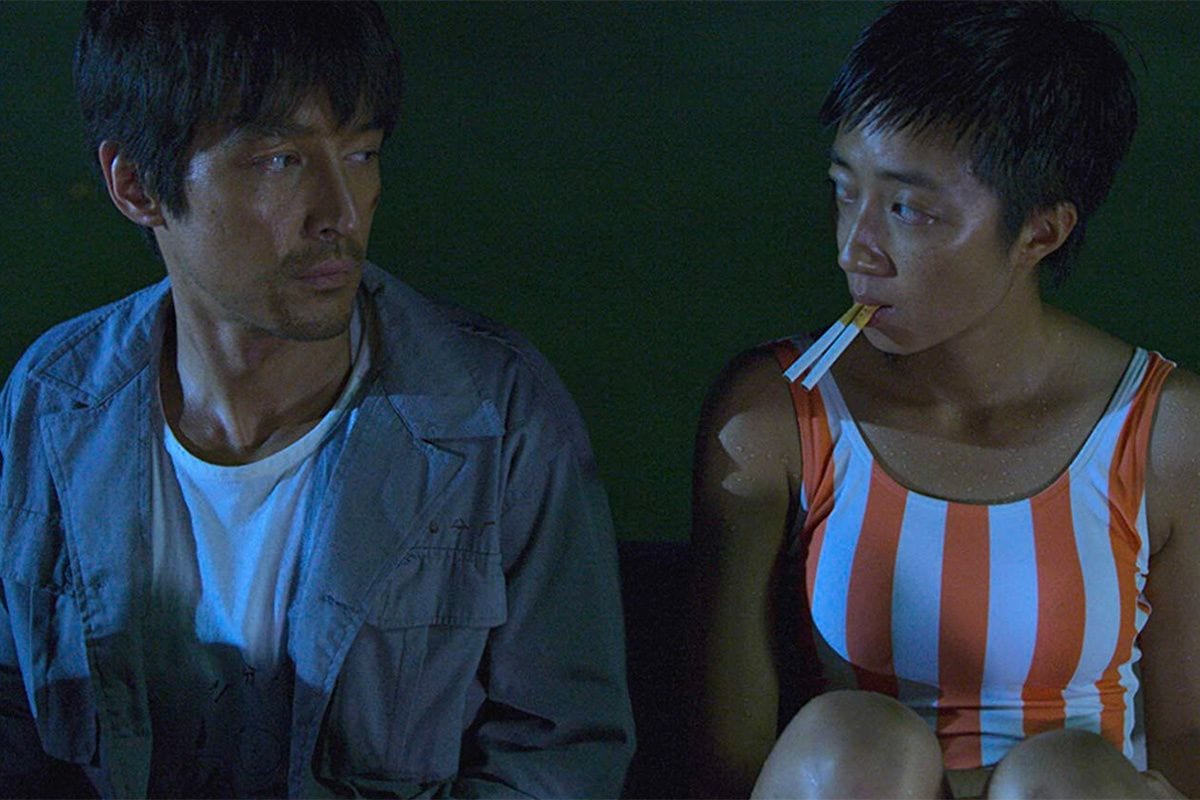 The police commander’s (Liao Fan, using the same tight intensity that registered so powerfully on the other side of the law in Jia Zhang-Ke’s Ash Is Purest White) dividing up quadrants for his officers is a clear mirroring of what the gangsters had just tried to do with their map. They pour into the area around Wild Goose Lake, which the commander warns them is a mostly “lawless place”. A quick montage shows gambling, male and female prostitutes (“bathing beauties” being the term of art), and various tourist-trap attractions, making it all look like a Chinese Lake of the Ozarks, only far seedier.

After that, we are back at the station with Zhou and Liu, still awkwardly dancing their dance with a hunted, smoldering charge between them that feels at times like a more criminally-minded take on Brief Encounter. Liu then tells her story, which carries more everyday sadness than Zhou’s live-fast-die-young glamor. As one of the bathing beauties, she looks to be mostly adrift, a dead-end look behind her eyes. That’s before a somewhat random connection puts her in charge of finding Zhou’s ex-wife Yang Shujun (Regina Wan) and arranging a meeting between the two, before he gets killed or packed off to prison.

Much of the movie’s last third is taken by the closely observed procedural details of the police dragnet. As the noose tightens ever closer around Zhou and Liu, they flirt with a muted last-minute romance. But although the movie’s cool fatalism feels at times somewhat rote (asked whether he had ever thought of running away, Zhou replies with laconic doom, “Where to?”), Diao is also sharply attuned to the everyday details of fluorescent-lit rundown working-class China, the back alley factories and grimy noodle shops far from the big cities’ glimmering glass towers.

The casual attitude toward violence and corruption, not to mention the near riot that erupts during one police chase through a crowded apartment block, suggests that the area is not so much lawless as forgotten. Once the hunt is over, the police will clearly not be seen around Wild Goose Lake for some time.

A richly satisfying neo-noir with a resonant doomed romanticism, The Wild Goose Lake presents a wide array of cinematic delights, from its elegant cinematography to the tautly choreographed action scenes. There is nothing else like it at the movies right now.