Guinevere Beck’s (Elizabeth Lail) life seems like it is ripped straight out of a romantic comedy; she has an apartment in the city, she has glamorous friends and is dating the handsome and wealthy DJ, Benji (Lou Taylor Pucci). But some cracks are beginning to show; her scholarship is dependent on the approval of a lecherous professor, she can’t afford to keep up with the expensive pursuits of her friends, particularly uber rich Peach (Shay Mitchell), and her relationship is more toxic than she’s willing to reveal.

When Beck has a classic meet-cute with handsome bookstore manager Joe Goldberg (Penn Badgley) she thinks her life may be turning around. Joe is sensitive and well-read and seemingly more normal than anyone in her social circle. After their meeting, unbeknownst to Beck, Joe does a deep dive into her social media and begins following her around, eventually saving her from an accident in the subway. With Joe firmly codified as a saviour in Beck’s mind, their relationship grows, marking the start of a deadly tale of obsession and violence.

You is tantalising television; sexy and sophisticated, pulpy and poetic, but where it distinguishes itself from other slick YA television is in its genuinely insightful unpacking of the ways in which threatening (male) behaviour has been packaged by society as ‘normal’ dating practises. Again, and again, the show demonstrates how women’s concerns are minimised, and outlandish male behaviour normalised, because of the culture’s slanted view of traditional romantic gender roles. Being a handsome, white, well-heeled man, You argues, places Joe above suspicion but also positively reframes behaviour that would be unacceptable for any other cultural demographic; when Beck searches for information on Joe’s past she is “neurotic”, when Joe does the same, and much worse, he is “being protective”. 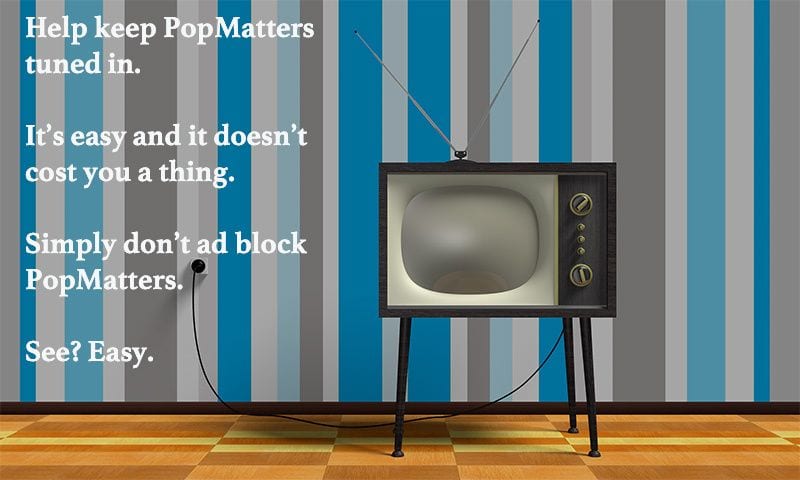 You pulls no punches in suggesting that part of what enables male violence is society’s proclivity to favour a certain kind of man’s perspective, and to only vilify destructive male behaviour after it has already ruined (mainly women’s) lives. Violence here isn’t preserved strictly for female bodies, the show isn’t especially male gaze-y and when it is, the male body is equally fetishized, but control is gendered. When violence is enacted on men in You it’s a lashing-out, an inability to contain anger, but when violence turns to women it’s almost always in an attempt to control their bodies, to interrupt their narrative, to get them to behave.

The show follows a fairly generic structure (girl meets boy / girl falls in love with boy / all hell breaks loose) and, at its worst, it sometimes feels like a knockoff of ’90s-era erotic thrillers, but the creative team manage to modernise the formulae in ways that enrich the narrative and speak to the concerns of modern dating. The show is especially astute in using modern technology as both a plot device and a smart tension generator. Part of what makes Beck such an easy target for Joe is that her life, or at least a version of her life, is curated on social media and available for anybody to see including Joe, who uses the digital information available to him for nefarious means.

Thankfully, You isn’t as prosaic as to simply say “social media is bad”, but it is refreshingly honest about how it provides a false sense of control over your own narrative. The thing which Beck believes gives her power (her ability to curate her image) is the thing that makes her most vulnerable. Beck can be in control of the image she sends out, but she can’t control how those images are perceived, she may be trying to tell a story on her Instagram feed, but Joe reconfigures that story to suit his own agenda. In a show that is so concerned about control, and about how cultural expectations of gender stack the deck against women having it, You presents social media presence, however polished, as a way of women’s creative work becoming grist for abusive men’s mill.

Critics and viewers have made the link between You and Mary Harron’s 2000 American Psycho adaption; after all, they are both about the unhinged behaviour of privileged men, but the comparison does a slight disservice to the cultural specificity of both. Part of the impressive freshness of You is that Joe Goldberg is very much not American Psycho‘s Patrick Bateman. Where Patrick Bateman was a prism through which we could examine unchecked greed and materialism, You is more concerned with the millennial search for authenticity and meaning – the young adult desire to rebut the world which Bateman sought to rule. Joe is caring and ‘sensitive’. Joe enjoys reading classic literature and talking about his feelings. Joe is the hipster who craves authentic connection and durable cardigans; the good guy who uses his goodness as a means of justifying bad behaviour; the man who slaps you in the face and then asks for sympathy because his life has been hard… and now his hand hurts.

You is relevant because it suggests that this repackaged form of masculinity, miles away from the brazen misogyny of Patrick Bateman and company, is equally dangerous and certainly more insidious. Men like Joe, the modern men of You, have learned to buff away the warning signs that women have been told to watch out for. Joe frames himself in opposition to ‘bad guys’ – justifying some of his abusive tendencies towards Beck as an attempt to save her from the kind of asshole that he couldn’t even dream of being. It seems a little too obvious to call You an examination of toxic masculinity, but it feels significant culturally by virtue of the fact that it so clearly centres its narratives on a less represented form of bad male behaviour. It’s a toxicity that looks a little better, that has been to a few women’s studies classes, but which poisons everyone in the area just the same.

This kind of unravelling of a certain kind of modern masculinity wouldn’t work if Penn Badgley wasn’t so exceptionally good; seductive, frightening, calculating, sympathetic. Joe is a difficult role, part rom-com hero, part obsessive stalker, but Badgley is well attuned to the character’s inner workings, revealing how Joe constantly slips in and out of the romantic role that he has committed to play. Badgley shows that Joe is acting, that his actions are in service of a life narrative which doesn’t belong to him, without making that beat seem false or falling into the temptation of winking at the audience. Fans of Gossip Girl (the CW, 2007 – 2012), Badgley’s most famous foray into television, will surely enjoy this performance, if only because, with a slightly different emphasis, Joe can be seen as a logical extension of his Gossip Girl character, Dan Humphries. Most crucially, Badgley doesn’t allow Joe to become a caricature – when Joe supports his young next-door neighbour who is being abused, Badgley plays it straight and sincere, thereby offering Joe layers, which ultimately make him more terrifying. 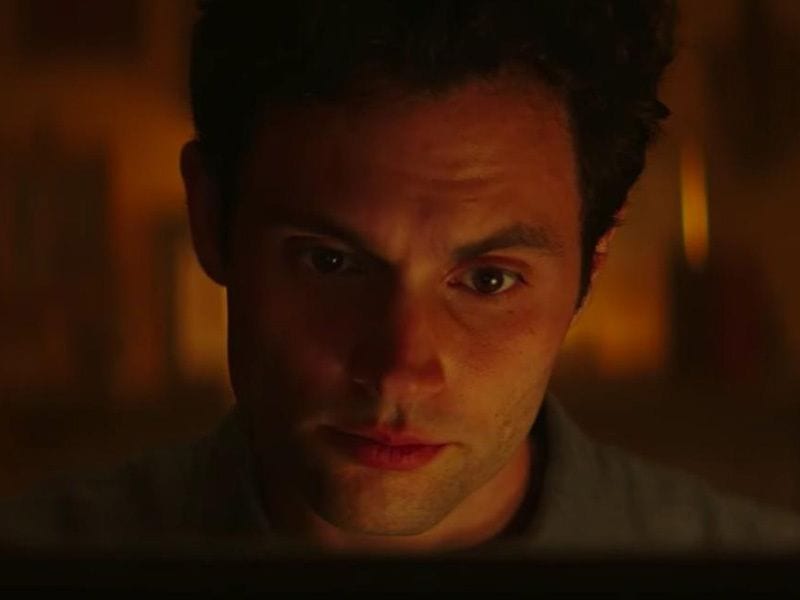 Not everything about You works and often it stretches credulity to the point that both its message and its tension is damaged. Joe’s ability to navigate the city more quickly than any other character leads to too many contrivances and at some points Beck’s inability to see what is clear to everyone else can become frustrating and diminishing to the character. And yet… Joe’s almost laughable knack of following people without being seen (in some episodes practically sitting on the same table as the people he is spying on) and turning up at opportune moments feels like it’s saying something about his access; about how his privilege affords him an unfair freedom of movement, the ability to walk around with a flashing guilty sign above his head without arousing suspicion. It’s a credit to the quality of the show that even when it is at its more schlocky, trading in pretty hollow genre thrills, it still feels like it is straining to say something.

The viewers’ ultimate takeaway from You will be almost entirely dependent upon their ability to metabolise a nastiness which is affecting and illuminating but hard to stomach. As the final moments of the finalé episode, “Bluebeard’s Castle”, roll around, they bring with them a gut-punch. You makes the uneasy suggestion that a women’s private tragedy is her quickest route to public triumph; that society prefers glorifying women’s pain to preventing it. For a show that is so compulsively watchable, so smart about dishing out cheap thrills in high-minded ways, You ends with a sad, numbing limp to the finish line.

Sad because of what it suggests: that privileged men will always find ways to control how other people’s stories are told; and sad because it offers up a set of events that feels so inevitable and yet so shocking. Perhaps most shocking is the audience response, a quick look at Penn Badgley’s Twitter feed shows him desperately trying to convince fans not to romanticise the abusive Joe. It is here that perhaps this (excellent, gripping) show fails; in positioning women’s mental and physical pain as inevitable, it never quite circles around to finding Joe completely responsible for that pain. The show is queasily enamoured with Joe, even if it condemns his behaviour. You doesn’t offer up any easy answers, but in avoiding pat sentiment or reassurances, it comes dangerously close to saying nothing at all. 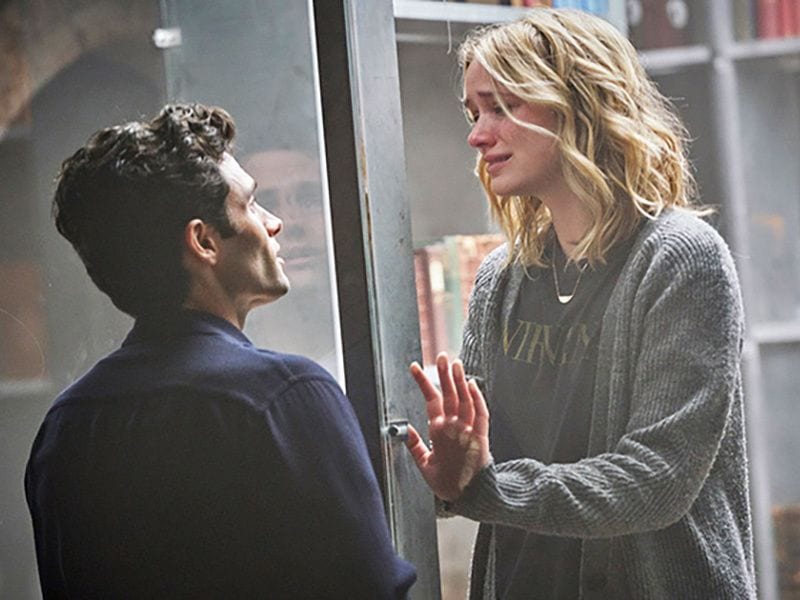