In recent years, Muslim Indo-Pak pop/soul singer Zeshan B has proven to be a master of implementing cutting socially commentaries into his compellingly ornate and eclectic compositions. His 2017 “reimagining of southern American soul standards” (as he calls it), Vetted, earned him plenty of critical praise, as well as performance opportunities alongside fellow political activists such as A Tribe Called Quest and Mos Def. He’s also played in front of former Presidents Barack Obama and Jimmy Carter, as well as appeared on The Late Show with Stephen Colbert. On 15 May, he’ll release his debut original LP, Melismatic, via Minty Fresh Records, and just like his previous two singles—”Nausheen” and “Brown Power”—his latest, “Only in My Dreams”, is an unforgettable merger of irresistible music and important real-world musings.

“Nausheen” and “Brown Power” tackled issues like gender inequality, the devaluing of South Asian women, and the increasing power of—and backlash toward—rising multiculturalism. “Only in My Dreams” follows the same path, setting its sights against the intersection of oppression and elitism. He says that the melody “arrived in a dream during a period plagued by insomnia, undiagnosed sleep apnea, and severe depression”. Those hardships have only gotten worse amid the current pandemic. Zeshan B now fears not only for his financial security but also for his wife, an anesthesiologist at Johns Hopkins who “work[s] overnight shifts fighting on the front lines in the trenches of COVID”. 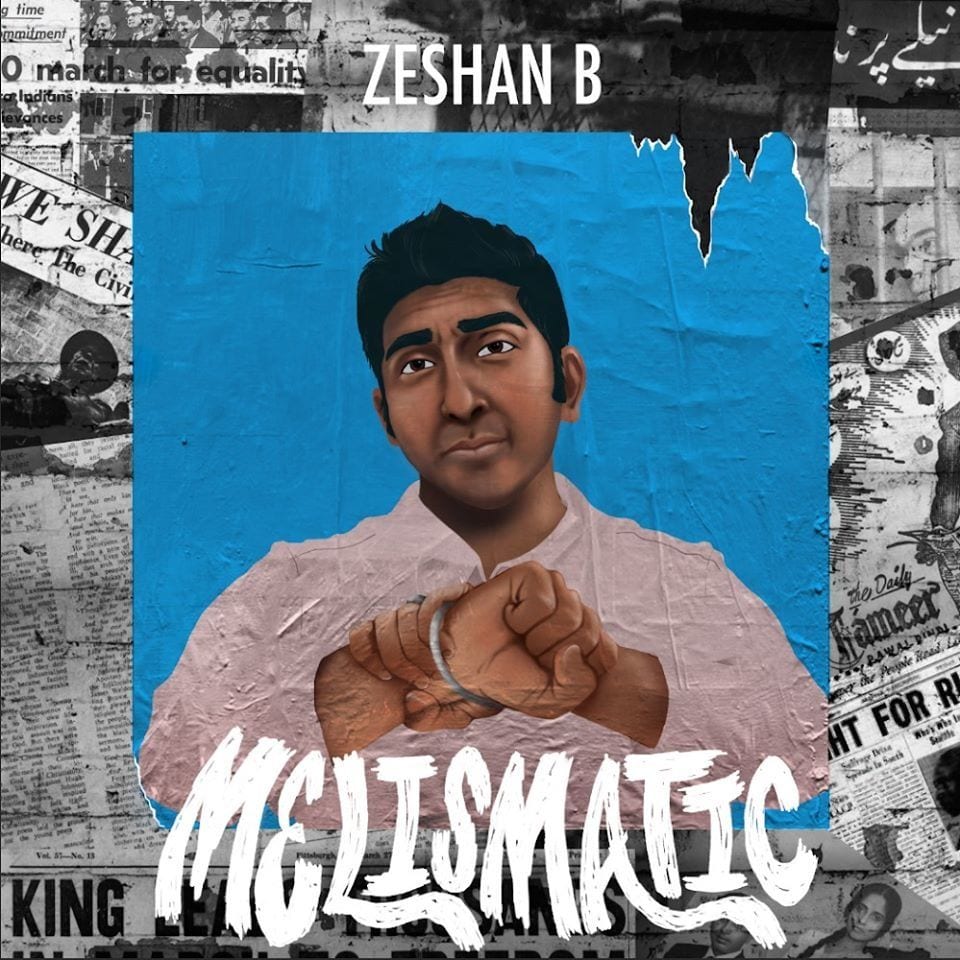 He continues: “Only in My Dreams” is by far my favorite song of this entire album. The brainchild of a beautiful melody that came to be in a dream, it’s a stream of consciousness piece that parlays the anguish of my past, the uncertainty of my future, and the tiny morsel of idealism that I still cling onto for dear life as I continue to sleepwalk through this strange world. Back then, whatever little sleep I managed to get, my dreams were so vividly disturbing and bizarre that when I’d wake up, I’d feel the pains of the damned. But, the idealism in me is stubbornly holding out! Yes, I do indeed sing of hopeless despair in “Only in My Dreams”. Even still, I felt then—just as I do right now—that my idealism towards the world is the only thing keeping me afloat. That vision and that desire of a better future for us all is the final fortress that stands tall in this siege against my soul. And it’s not blind faith. The good dreams do, every now and then, become a reality, even if they are surrounded by bad ones.”

One of those “good dreams” turned out to be his reconnection with a childhood friend, Francesca Gabrielle, a Los Angeles visual artist whom Zeshan B says was “the only white kid [in their fourth-grade class in Lombard, Illinois] who was kind to me from day one”. Their continued bond has even led to collaboration, as Gabrielle (and Kara Hamilton) designed the artwork for “Only in My Dreams”. She also appears on the cover as “a surreal, saintly image of a champion from [his] past life. A knightess in shining armor whose loving smile and tender touch will forever be emblazoned in [his] heart”.

The song itself does a wonderful job conveying all of those personal and universal sentiments into a catchy, poignant, and soberingly relatable ode. Its opening keyboard motif instills a sense of melancholy destiny that’s enhanced by Zeshan B’s equally troubling verses. Cleverly, guitar licks, percussion, horns, and strings creep in to decorate the soundscape as his voice booms with more moving urgency. In this way, “Only in My Dreams” incorporates all that you’d expect from a traditional blend of pop and soul. Yet, its lyrical pathos and subtle infusion of Indo-Pak techniques also make it quite characteristic and fascinating. Both its music and message will stay with you long after the song ends.

Take a listen to “Only in My Dreams” for yourself and see if it impacts you just as much. If so, make sure you preorder Melismatic here and keep an eye out for when it releases next week.