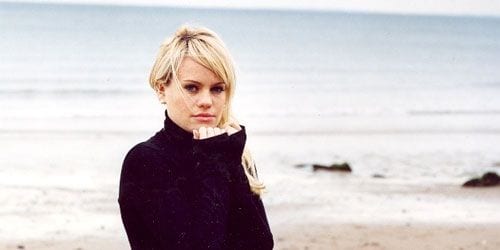 Though Welsh retro-popstrel Duffy’s provincially uncorrupted girl-next-door persona is a world away from Amy Winehouse’s bee-hive-coiffed, drug-straggled public representation, the comparisons drawn between the pair following the former’s rise to prominence are inevitable and understandable. Both are modern day artists grounded very much in the past, more specifically ’60s soul and the Springfields and Franklins of its heyday. But where Winehouse has (or had, prior to her apparent disintegration that has lately found her publicly and somewhat unexpectedly talking to baby mice) a single ear trained to latter day divas and the other tuned to more modern execution, Duffy keeps both firmly cupped towards sort-of-nearly namesake Dusty’s wistful swooning.

And while it would take a particularly misanthropic cynic to doubt the authenticity of the musical passions that shapes Rockferry‘s sound, such is the persistence of the album’s retrograding that it is in danger of sounding contrived. Maybe it doesn’t matter, given that most of the waifish young Welshwoman’s admirers won’t have been around the enjoy the fleshed embodiments of those to which she harkens back, but it’s particularly difficult to find relevancy in the apparently wounded, world-weary lyricism of a 23-year-old innocent just beginning to imprint her first footprints in the world. And so it is with a raised eyebrow you receive Duffy’s intentions to leave her lover “for the last time” on “Warwick Avenue” or lamenting her status as an accessory to some anonymous male’s “blue suede boots” on “Serious”.

So it stands to reason that Rockferry‘s crowning moments are the ones where it escapes the looming drop of the ’60s soul pigeonhole. “Mercy”, for five weeks a staunch defendant of the UK singles chart top spot, is an obvious case in point, still grounded in a bouncing Motown rhythm but the added colour of jaunty keyboards, its chorus’s “yeah, yeah yeah” extending providing the diametric opposition to the “no, no, no”‘s of Winehouse’s retrospectively ironic smash “Rehab”. The album’s title track, meanwhile, counters its clearly nostalgic derivation with bluesy meandering guitar and lush instrumentation.

Trying to establish Rockferry‘s merits in these terms, however, is both futile and fallacious, given that the most potent weapon at Duffy’s disposal is quite obviously her voice. Equally capable of genteel fragility, as on “Stepping Stone”, as she is the smoky bluster of “Mercy” or the mournful richness of the titular opener, the pipes of the blonde supposed naïf carry strength in pliability as well as straightforward strength. Yet while she’s quite right to exploit the talent that has gotten her where she is (not to mention to runner-up slot on the Welsh edition of Pop Idol; wisely not something her publicity people have chosen to play up a great deal), not every one of Rockferry‘s cuts is sturdy enough to support it.

Closer “Distant Dreamer”, for instance, is every bit as syrupy as its name suggests, while “Scared” trods perilously near to Norah Jones territory. Thankfully, however, Duffy has enough character and charm to mostly evade the school-run tedium of Jones’s coffee-table blandity, even if Rockferry isn’t quite the next-big-thing produce we’ve been led to believe it is. It’s still not entirely clear how much Duffy’s provincial guise and retrograde stylings have been concocted to eke out a niche, but it is evident that she has flair enough to make sure it doesn’t particularly matter. Certainly Rockferry doesn’t do anything new, but it doesn’t do anything that’s been done in a while either, and for Duffy, that should be enough for Duffy to carve out her name amongst the stagnant realms of current mainstream pop.