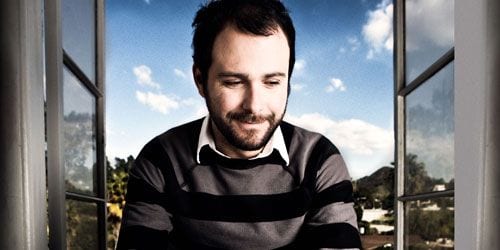 When the history of popular music in the early part of the twenty-first century is written, there will almost certainly be a chapter on the influence upon the music industry of the licensing of indie and “indie” music for popular television programs (especially for a particular kind of prime time soap, the most obvious current example of which is, of course, Grey’s Anatomy), and those musicians’ subsequent rise to prominence. This trend is far from totally noxious—many television song choices are adventurous and eclectic, and the exposure has allowed many little-known and truly independent artists to sidestep the stranglehold of commercial radio conglomerates to find a wide audience. However, the soap operatic tenor of these programs has made it increasingly easy to categorize the kinds of music that usually shows up on their soundtracks. This is music that will be used to express characters’ inner emotional lives that must inevitably go unspoken, so crooners who sing about their sensitive, bruised souls usually take the day. Since songs are commonly used to score epiphanies, it helps if a tune begins quietly and then swells. It helps if the music is as pretty and shimmery as the shows’ starlets’ blushed cheekbones. But the songs must also be serene enough to fade into the background when needed, and the need to appeal to a mass audience precludes any danger or real attitude in the music.

In tandem with this trend, we have also seen the colonization of the music industry by the progeny of the Radiohead-Coldplay lineage of bands and singers. These trends reinforce one another—very little music is as suited to soundtrack high emotional moments as the yearning tenor vocals, ringing guitars and pianos, and lush production of the bands that take their cues from Chris Martin and his ilk.

San Diego singer-songwriter Greg Laswell is perhaps a perfect exemplar of this moment in popular music. Coming out of the Hollywood club scene, he is well positioned at the fulcrum between the music industry and the film and television industry that licenses its output. The list of television shows on which Laswell’s songs have appeared is long (Grey’s Anatomy, One Tree Hill, The Hills, and many others), and Laswell runs in a circle of musicians that includes such other soundtrack regulars as Ingrid Michaelson and Cary Brothers. And as the boundaries between the independent music industry and corporate America seem to be blurring in new and interesting ways, Laswell is proving adept at maneuvering those new, fuzzy lines—though Three Flights from Alto Nido, his latest LP, is released by the independent label Vanguard, it’s being marketed through partnerships with chains such as Whole Foods, Marriott, AMC movie theaters, and Apple.

Given this profile, it’s not surprising to discover that Laswell’s music sounds like a perfect exemplar of the “band you heard on Grey’s Anatomy that sounds like Coldplay” trend, too. There are emotional epiphanies aplenty, and sprightly piano and sparkling acoustic guitar dip and swell cinematically. The album expresses melancholy without ever sounding too sad, an atmosphere that matches the demeanor of television characters whose lives are full of drama but still rarely seem all that unpleasant.

The problem with creating music that is effectively a prototype for an entire trend—but not being the originator of that trend—is it tends to produce songs that sound like an echo of other music that you’ve heard before. This is the case with Three Flights from Alto Nido–song after song sounds calls to mind Coldplay or Death Cab for Cutie and, like an echo, the songs fade away before their substance ever appears. Laswell relies heavily on the musical tricks popularized by those bands and their progenitors, from the pealing guitar lines and the ooh and aah-ing vocal atmospherics to the frequent use of vocal, guitar, piano, and drum loops to create complex harmonies and rhythms. Four songs out of the eleven—“How the Day Sounds”, “Days Go On”, “I’d Be Lying”, and “Farewell”—open with syncopated piano chords that sound right out of “Clocks”. And Laswell’s earnest, soothing voice has a dash of Ben Gibbard’s wistfulness thrown into the pining Chris Martin ache that characterizes most of Laswell’s performances.

Laswell’s song lyrics call to mind echoes as well, though in a different way. For much of the album, Laswell seems less to be writing songs about life experiences than to be writing songs about writing songs about life experiences. “I think I like how the day sounds through this new song”, Laswell sings at one point, “oh, won’t you sing along?” On an earlier track, “That It Moves”, Laswell proposes that “we can give an ending that I think this song is due”. It’s as if Laswell imagines life as a film soundtracked by his songs. That is a fine narrative structure for the album to take, but at times it feels strangely incomplete. “And this part was for her / and this part was for her / This part was for her/ And does she remember?” he sings on “Comes and Goes”, but the repetitive chorus feels more like a placeholder for a yet-to-be-written theme for a girl than it does a fully realized song.

Three Flights from Alto Nido picks up towards the end, especially with “Farewell”, a song whose crashing piano and guitar, low banjo and string lines, and eerie vocal performance from Molly Jensen lends a bit of a noir edge. The album as a whole is nice and palatable, and for devotees of the piano balladeers and yearning strivers that constitute this genre, Laswell serves up a pleasantly melodic hour. But for those who long to find something substantive and new behind the album’s echoes of Coldplay, Three Flights from Alto Nido can only prompt to keep searching.